Since returning to WordPress early 2015 I’ve spent quite a bit of time with it. Sinking my (in-) competence into its realms, code and standards. It quickly became evident something had to be done to improve performance.

I started writing all in one post but quickly realized I’d be testing peoples patience. So therefore I had to split things into chapters. Regardless, if this can help you in making choices, improvements and smoke some gremlins lurking on your own site, then I consider my rant a success.

Tools exists in plenty; Webpagetest, Pingdom, Google page test and GTmetrix to mention a few. Variables exists in plenty too, your web server, server location, the whereabouts of the tool compared to your website’s location. If you combine (successive) results from one or several of the test apps you should have all you need. 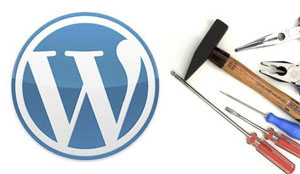 The choices of performance enhancement plugins are many, but one important rule is to deactivate and remove anything you are not using.

Should you run into problems with your choice, interact the developer of the plugin, check forums. Questions not asked will (of course) not be answered. The question itself sometimes is the hardest to find, checking out forums is always a good idea.

And of course, as everything nowadays is more or less in a perpetual beta version, going to the forums and interacting with users and developers might quickly bring a solution to your problem. And help the developer(s) fix issues and issue a new and improved version.

Diving into the plugin library of WP you will find an impressive number of add-ons that can help improving the performance. Some of these might not be updated and tested on the latest version or they may interfere with other plugins. And in some cases cause these to stop working.

What I’ve also found is that the compatibility check, i.e. whether or not a given plugin has been tested/updated for your specific version or WordPress, may or may not be relevant. Some plugins work fine even if only tested for older versions. It depends on what the plugin does, and as much, what other plugins your site is using are doing.