Westwards  and Bergen, the goal of the third day of the (mini) vacation. Westwards to visit a friend and ride some great roads.

My companion for the first two days set course in direction of Oslo. Whereas I took the same road as the day before, westwards, It had been a plan all along. 6 days riding, and visiting a friend in Bergen.

In the beginning I took the same roads as the day before, to Vinje. Then carried on to Vossevangen.  Here the more common route to Bergen  would be E16. I decided on a bit more scenic approach. As a result I first rode Rv13 to Granvin, and from there hopped on Rv7 along Hardangerfjord. 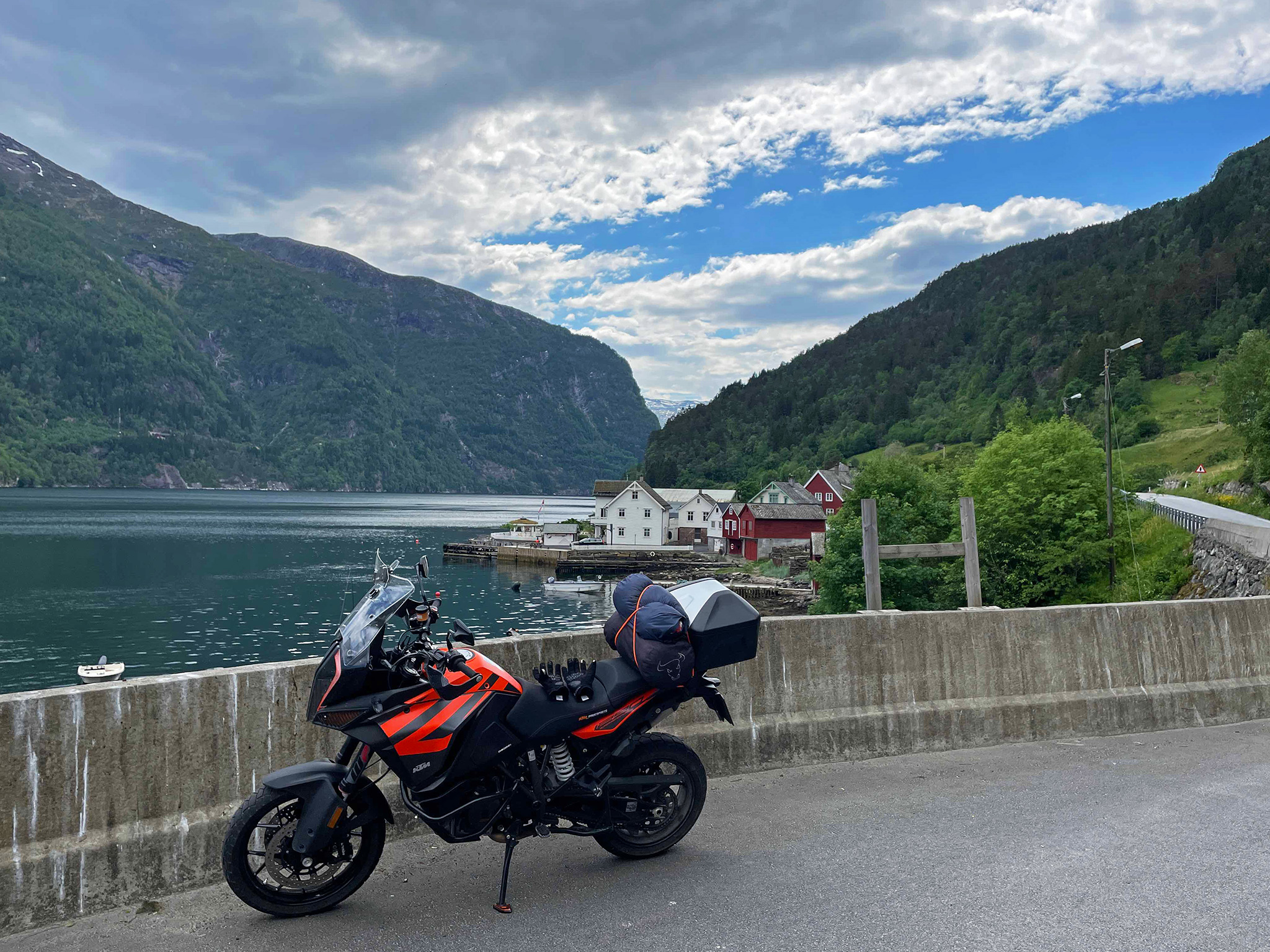 At Folkedal with Granvinfjord in the rear, an inner part of Hardangerfjord.

That’s where things started to get more interesting. Rv7 has sections that are very narrow and somewhat twisty. Because of this many people who travel to/from Bergen choose E16. it of course takes longer time. Especially during winter, or early spring. But for me it was an obvious choice. 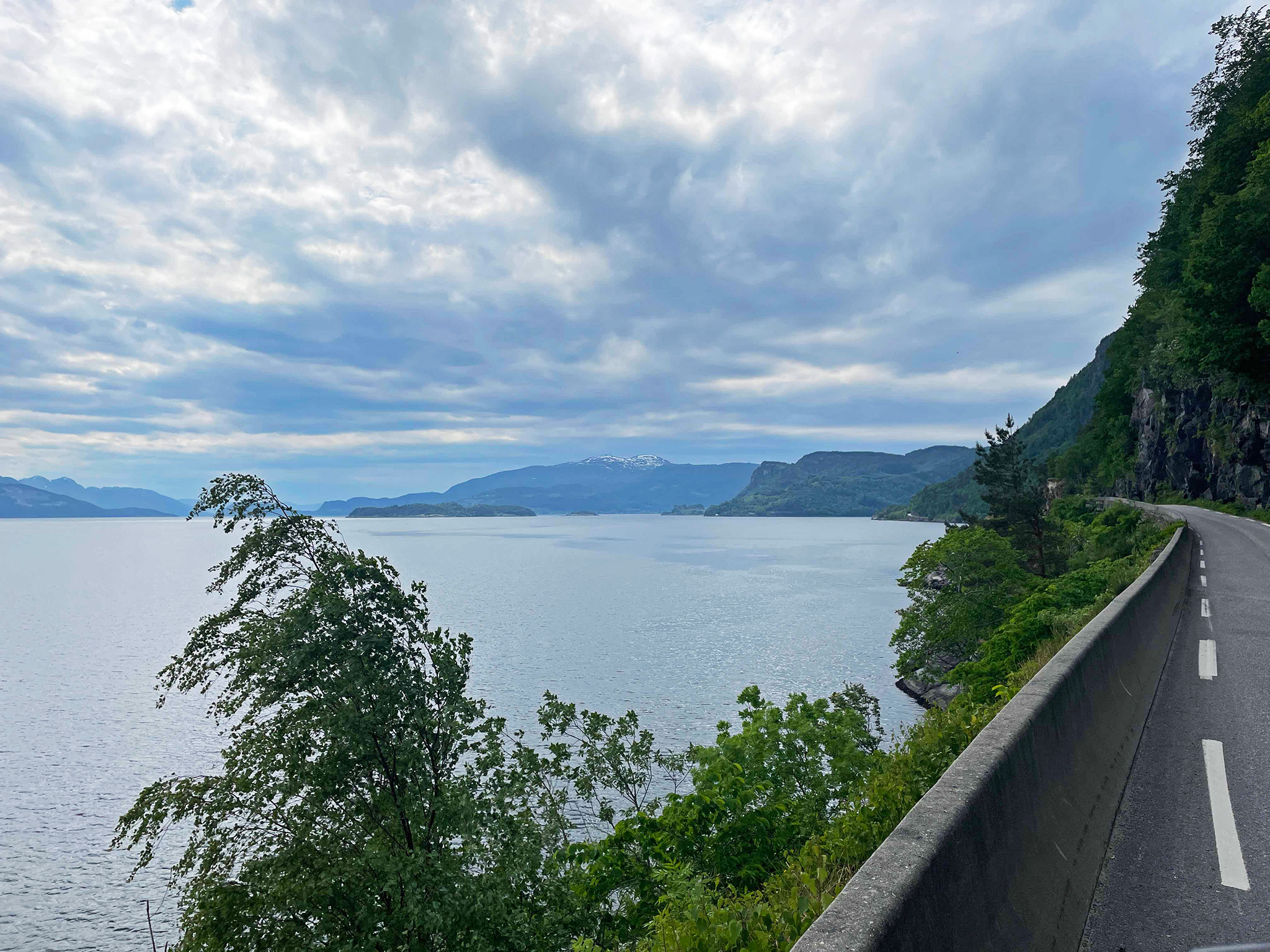 A bit of Rv7 as it runs along Hardangerfjord

At Kvandal I stopped for Lunch. From Kvandal it’s possible to take a ferry across the fjord, to Utne. But not this time, going across the fjord would put me on an entirely different route. Something for later! Yeah, here’s the schedule. Just in case someone should have a need for it.

The rest of leg en route to Bergen I didn’t stop a lot to take pics. Plan was to back on Rv7 anyway, so I decided to soldier on. And, quite typically, I’d already spent quite a bit of time on the way down.  Also quite typically, as I got closer to Bergen it started to drizzle. 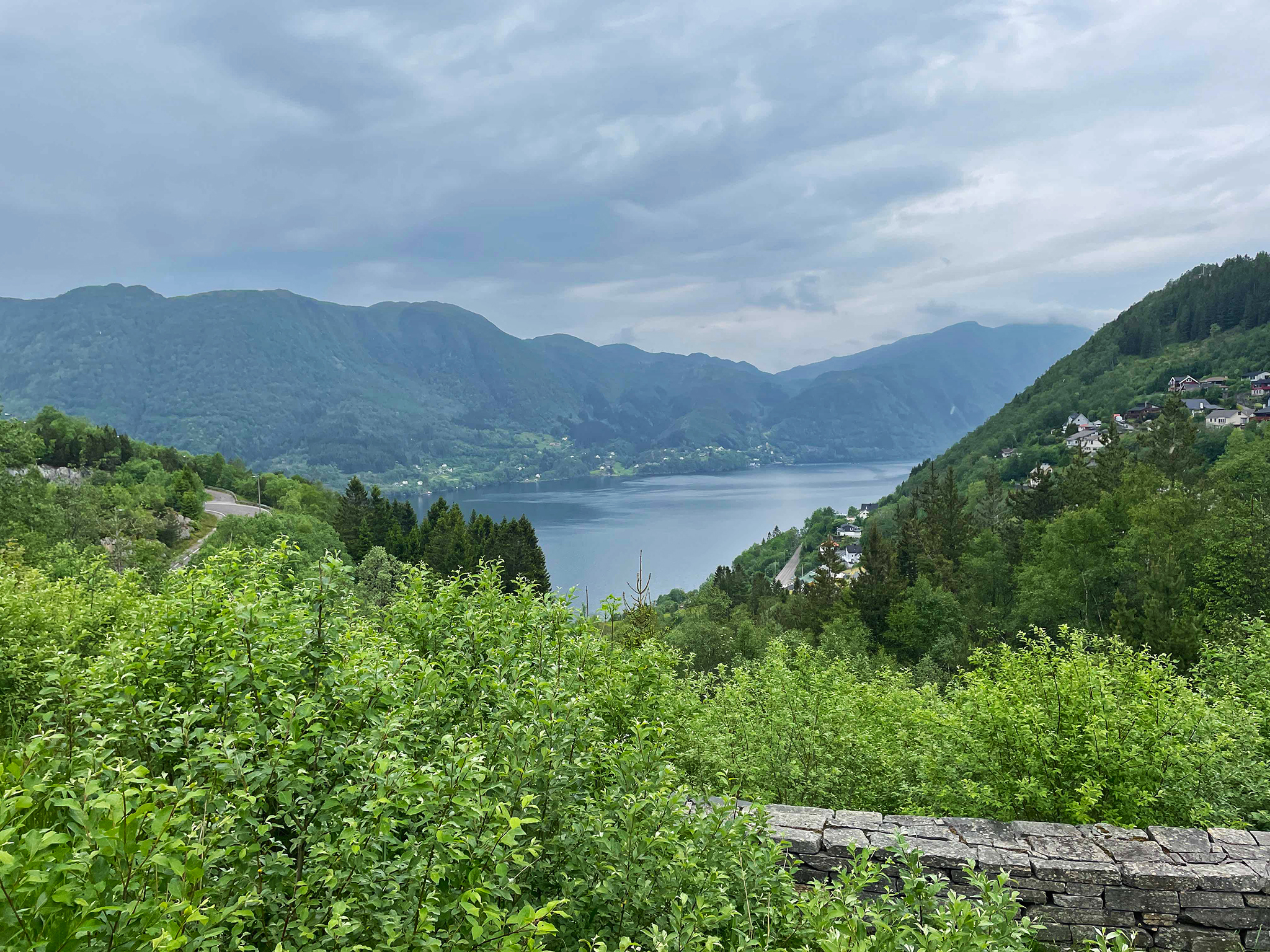 Drizzling morphed into light rain. Making it far less interesting to stop and take pictures. But now I was three quarters of an hour away from my destination. Arrived the evening was spent drinking beer and eating BBQ with my friend while making plans for the next day.

Back soon with more. 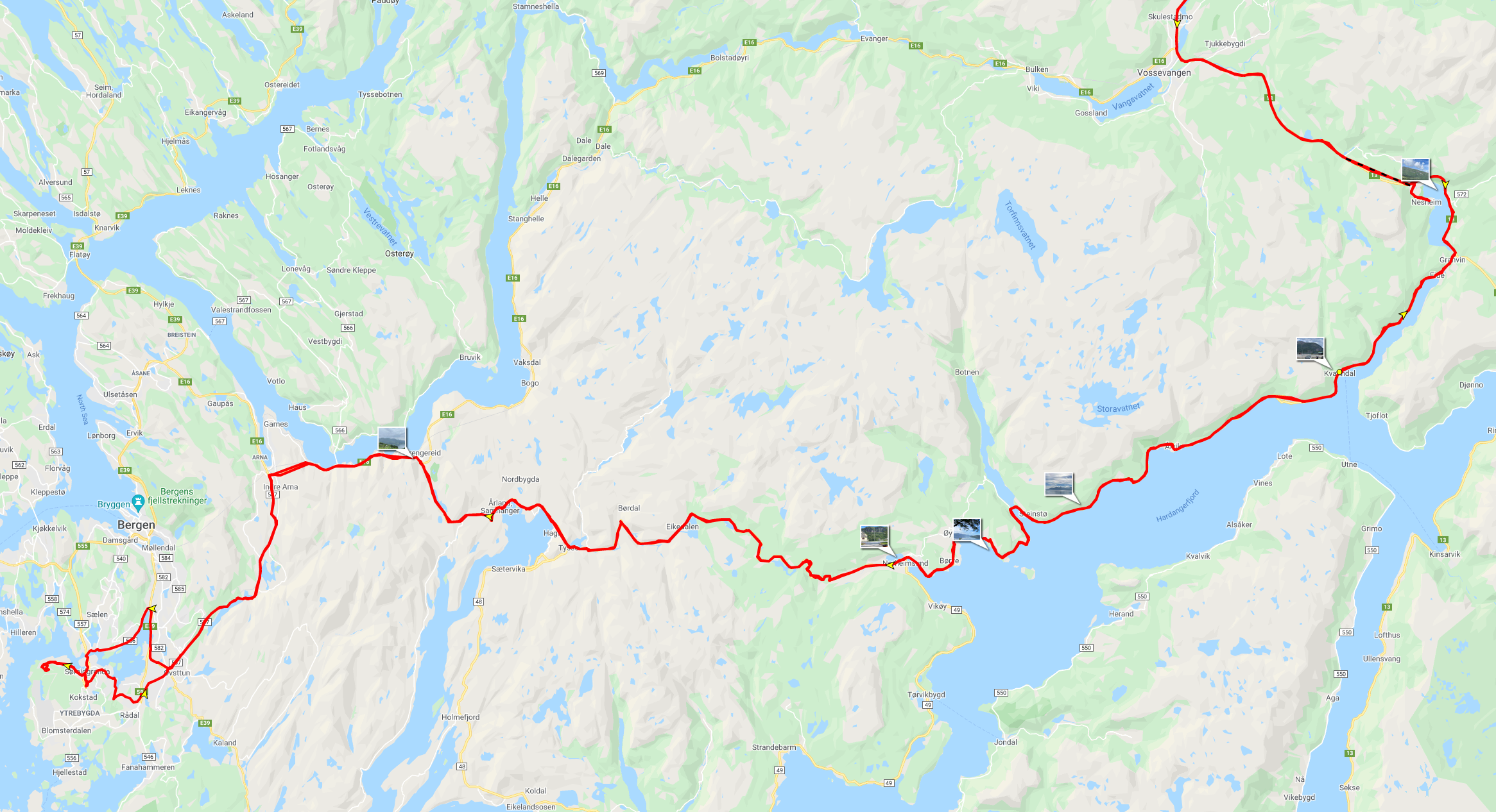 The route from Vossevangen to Bergen. I can highly recommend Rv7!