Waiting is indeed what i am doing these days, in limbo. For my “adventure tool” to return home.

For the past month and a half my big motorcycle has been sitting at my dealer, waiting for repairs. Front lights stopped working so I could not use it anyway. It’s been waiting for the long list of parts and replacements needed for repair, to arrive.

The dealer called me the other day. Just to inform that, while working on the front of the bike, they discovered more damages. Because of the way things are constructed, it is sometimes difficult to get the full picture until one begins to piece things together.

Last week they ran into issues during reassembly. More parts needs to be replaced. In principle now the entire front with Telelever fork system. Turned out summer’s rear ending had impacted structural parts in the front of the motorcycle. Much more than BMW Motorrad in Germany had been able to see.

BMW R1200GS/GS Adventure by construction don’t have a frame, in the classic sense. It has a central frame, with the engine acting as a hub, then front and rear structural sections mounted onto that piece of frame. My bike will get a whole new front. When these parts will arrive, my dealer could not tell. What they did say is that with all this replaced it will be as good as new.

My 1995 Honda Transalp is doing the job. Primarily for commuting but also for trips around in the region. It’s good fun and, for its age, exceptionally good to ride offroad, on gravel, dirt and so forth. 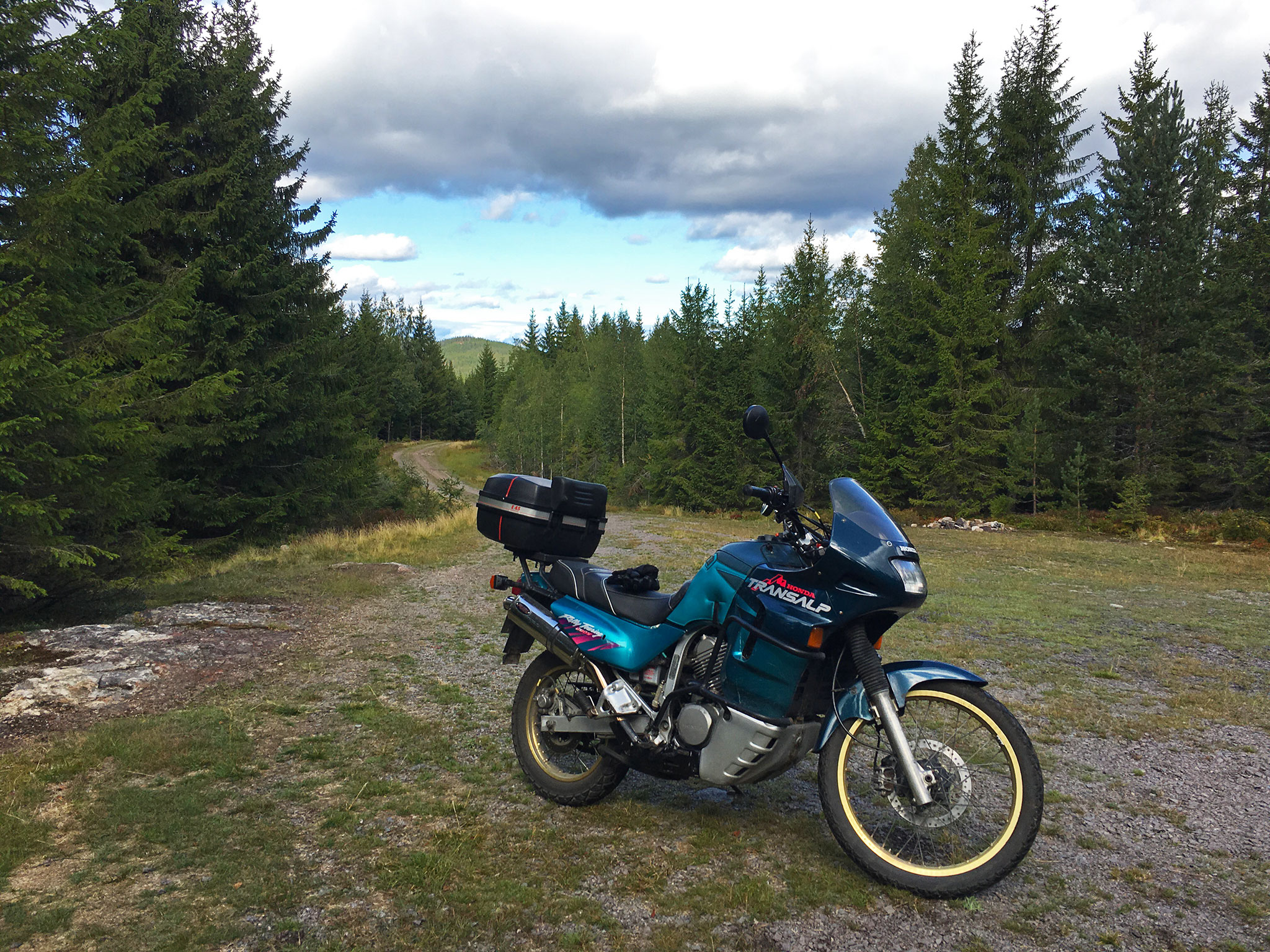 The “Alp” where it belongs, in a wood, along dirt & gravel roads

Update September 10th: A mail from the dealer took the development of the story one step further. They have in a new assessment decided to change the entire central frame, in addition to the entire front. Bye bye rest of season.