Valdresflye is a “household name” in Norway, a name for both a road or route as well as a mountain plateau. It was also a part of my return route back to Oslo.

Past breakfast I packed up and, for the last time, rode down Leirdalsvegen. A road that easily might qualify for a top ten among the bumpiest partial pavement roads in the country. Or at least one in my personal top ten list!

Down to Lom in Otta valley the weather was absolutely magnificent. Being Sunday there were few cars on the road. I followed the E15 down past Tessand, then sharp right up Rv51, also known as Valdresflye. 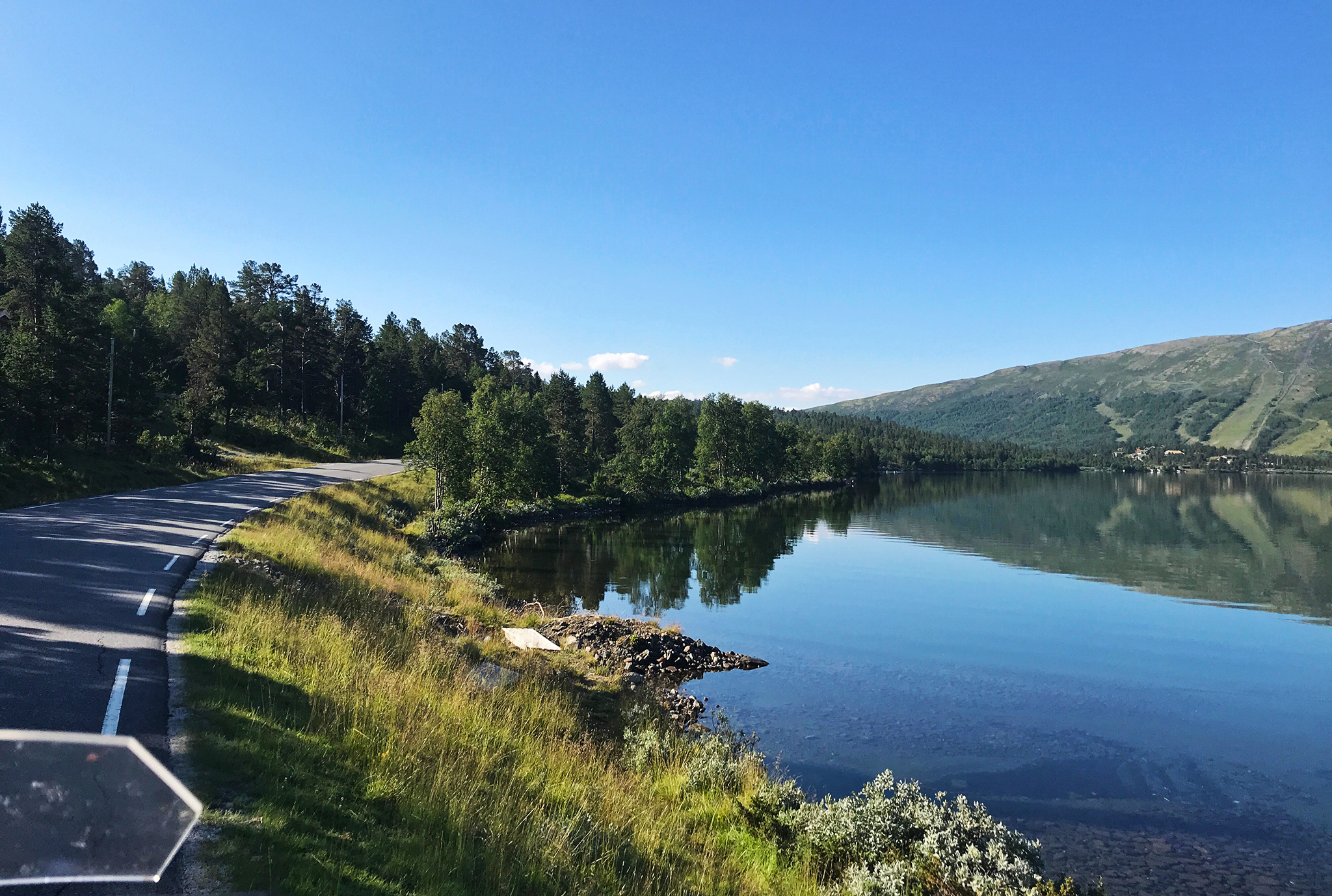 The road runs along the eastern side of Jotunheimen National Park. It takes you to the plateau with magnificent nature and ditto views. I passed Lemonsjøen (Lemon lake, yep that’s the name!). 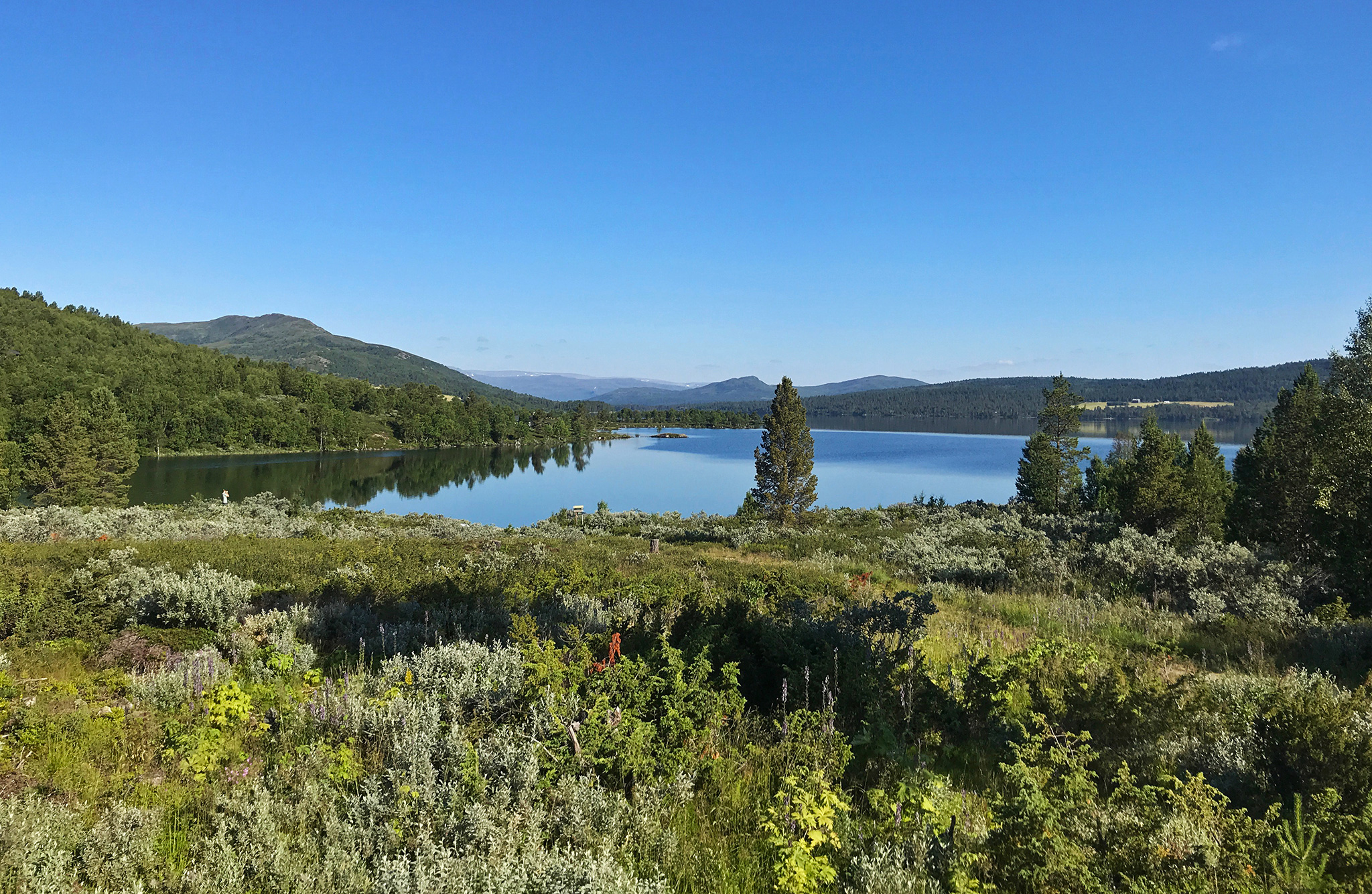 RV51 or Valdresflye is a typical cruising road. Long straights or rolling sections, with a few not too sharp bends. It is a road you’d better do within speed limit, or else risk missing the vistas. With the weather up in the mountains like on this day it would a double sin to go too fast. 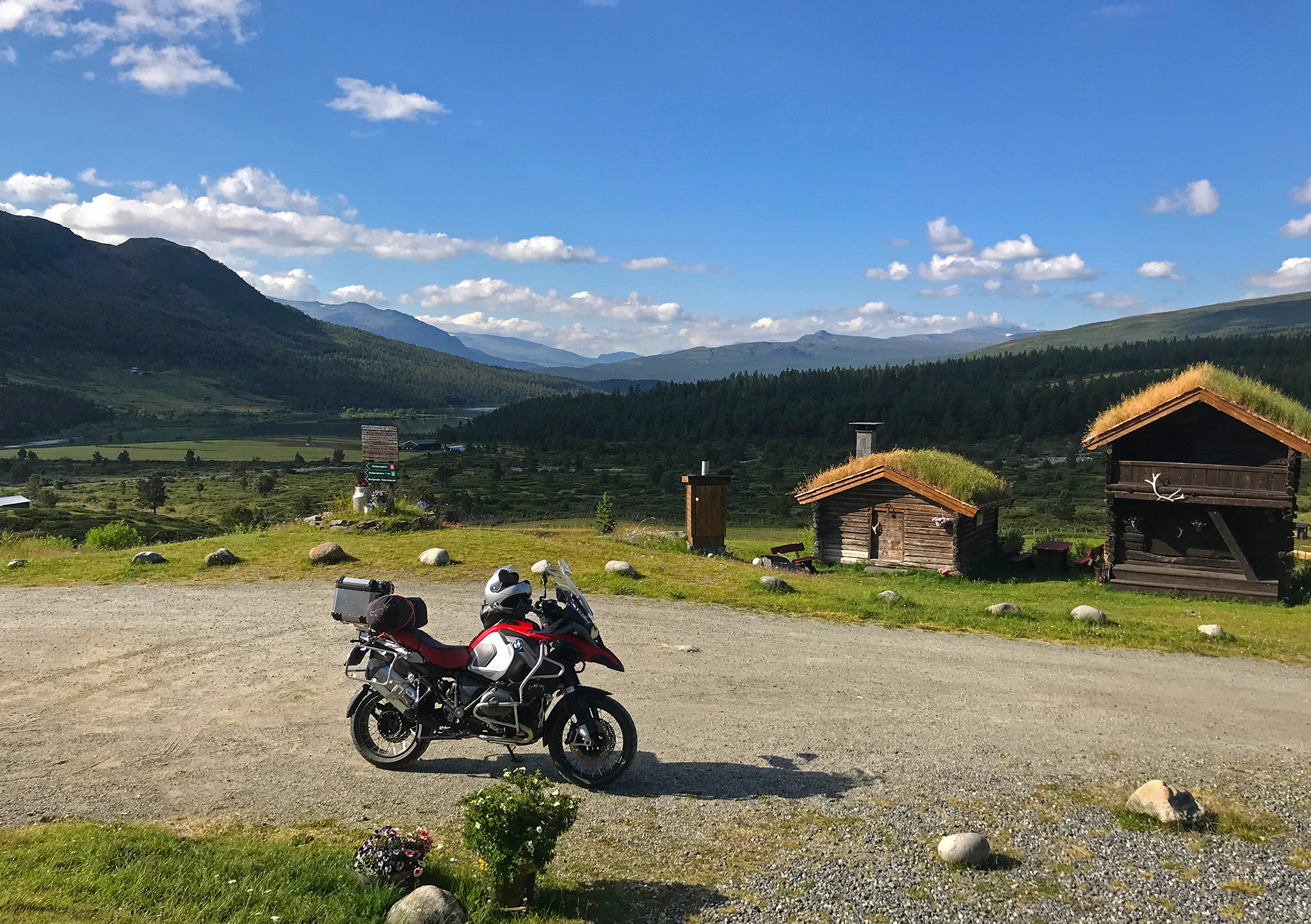 A little later I passed Hindsæter, since the weather was so lovely made a quick stop for a coffee. Hindsæter high mountain hotel is a lovely place, not cheap but well worth a visit. If weather is good you can sit outside and enjoy your coffee. Which is precisely what I did.

Back on Rv51 from Hindæther  the road begins to climb to a higher plateau section. Noticeable as the temperature fell a bit but still hovered around 22-23C. 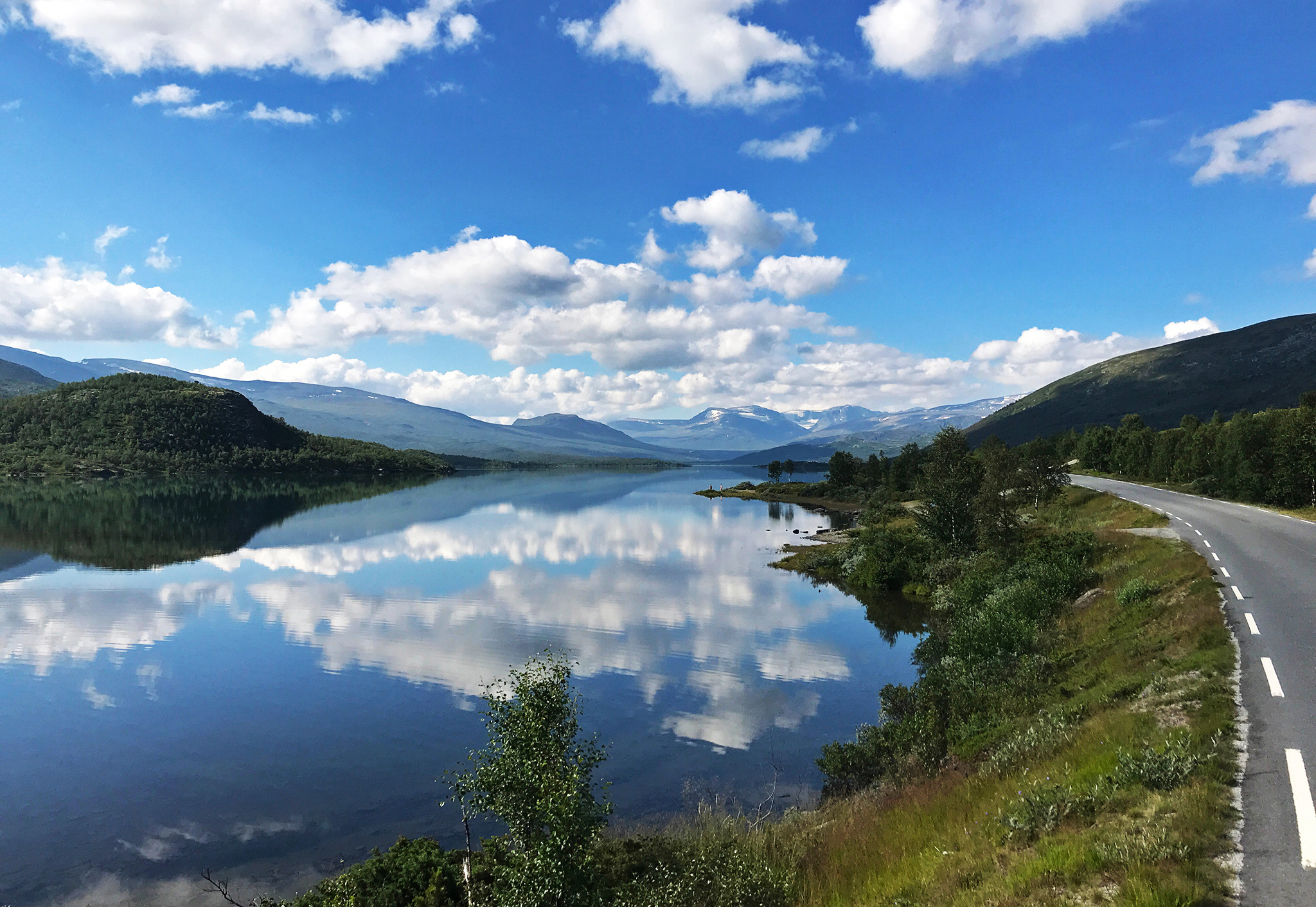 But higher up it dropped below 20C. Lots of people around, I could spot tents down by the rivers and streams. Mentioned in a previous post, “allemannsretten” or the law Right to roam, permits camping almost anywhere.  Because of the weather this particular weekend there were lots of tourists along the road. 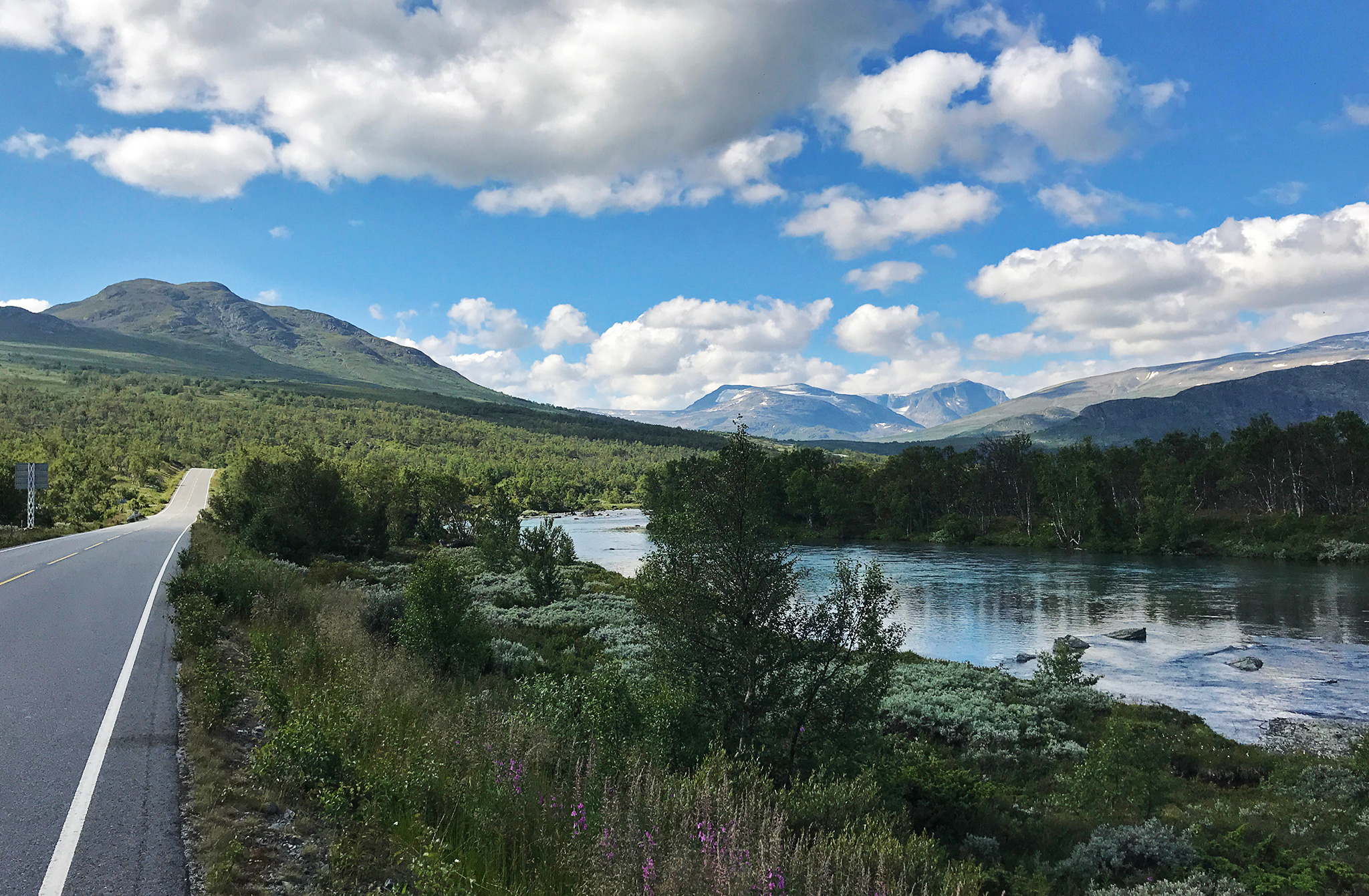 Along Rv51/ Valdresflye: inwards and upwards

Made a few stops for pics, to breathe the fresh air and enjoy the views. 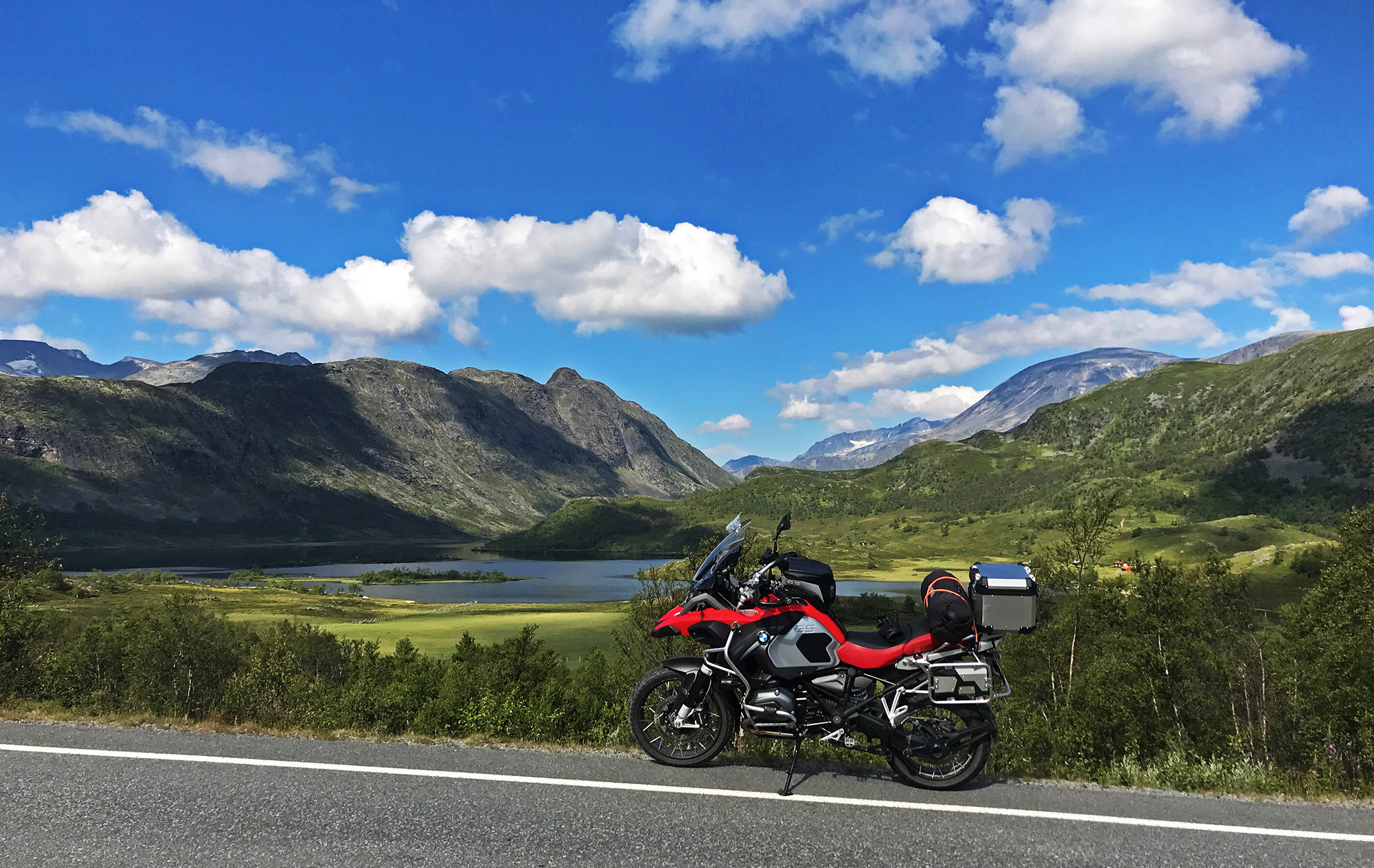 Not long after I reached the highest point of Valdresflye, and began descent down towards Beitostølen in Valdres.  Which is one of the most popular go to places in Norway during winter. During summer season people go here for biking or trekking into the mountains. 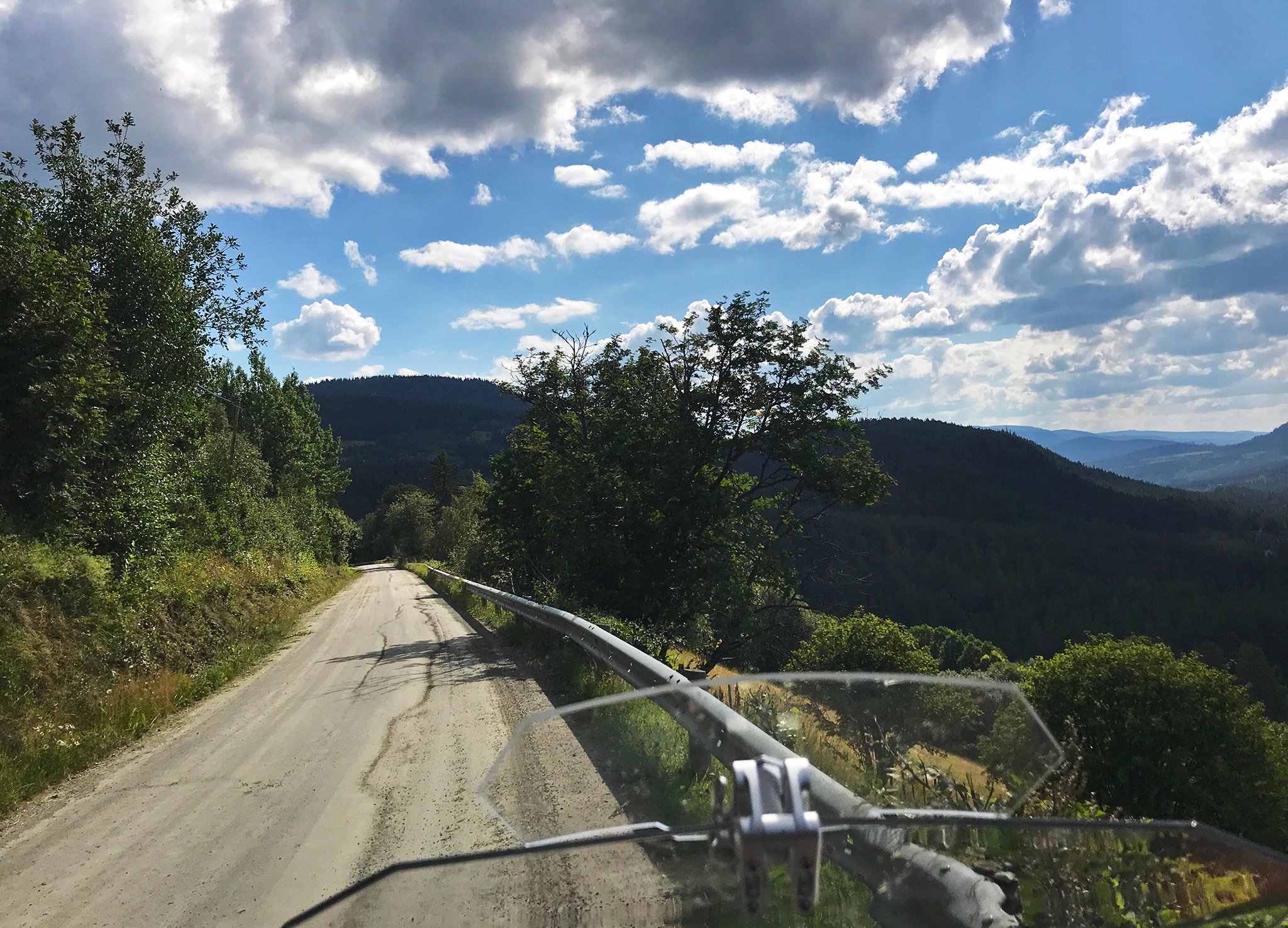 A little south of Beitostølen I took off from Rv51 and found a gravel road. Never been in this particular area before and it was cool to experience from a back road perspective.

But all good things comes to an end. The gravel road merged back onto pavement. Back onto Rv51 through upper Valdres, later the E16 to Bagn.  South of Bagn I took off from the larger road, across a small bride and continued on the western side of river Begna for a while 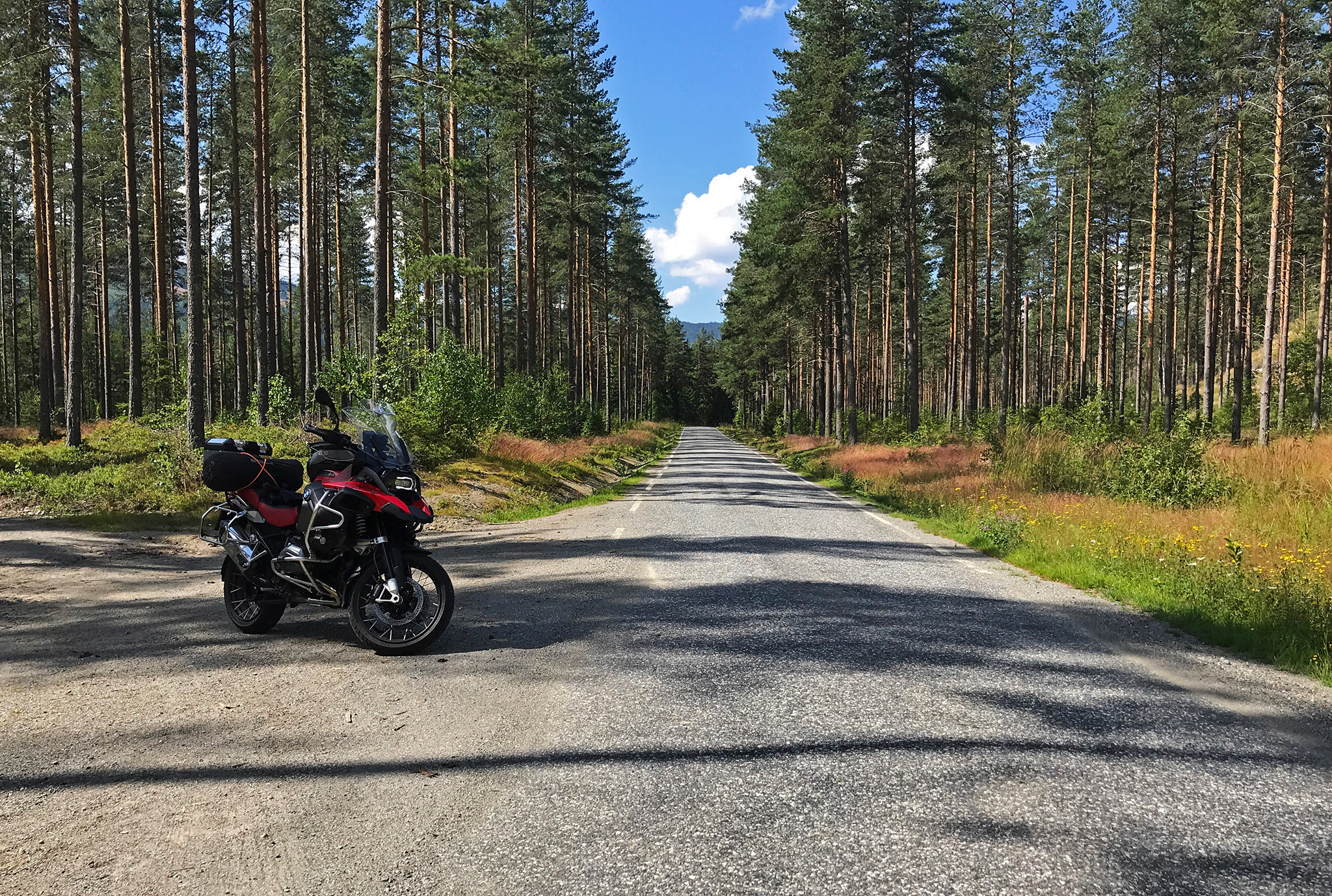 On the way home, smallways riding in Valdres

It was now later afternoon. Out of Valdres I chose the quickest route back home. It had been a fantastic 2 days worth or riding. Around 1300 kilometers of pure joy, and arguably the best ride of the year! You can find the entire route here. I might do it again, maybe next year.