The 2021 riding season has been pretty exciting. So much so I’ve not had the inspiration to sit down a write something about it.

For this does, at least for me, imply being structured and systematic. Or attempt to be. Have a-something to offer that can be of use, to readers. Whether because of imagery, the story, the tips, the route, or all of it. Latter would be ideal. However I am just an amateur writer/blogger. Who do this on my spare time. Hence the message on the front page. Stuff may appear… whenever. 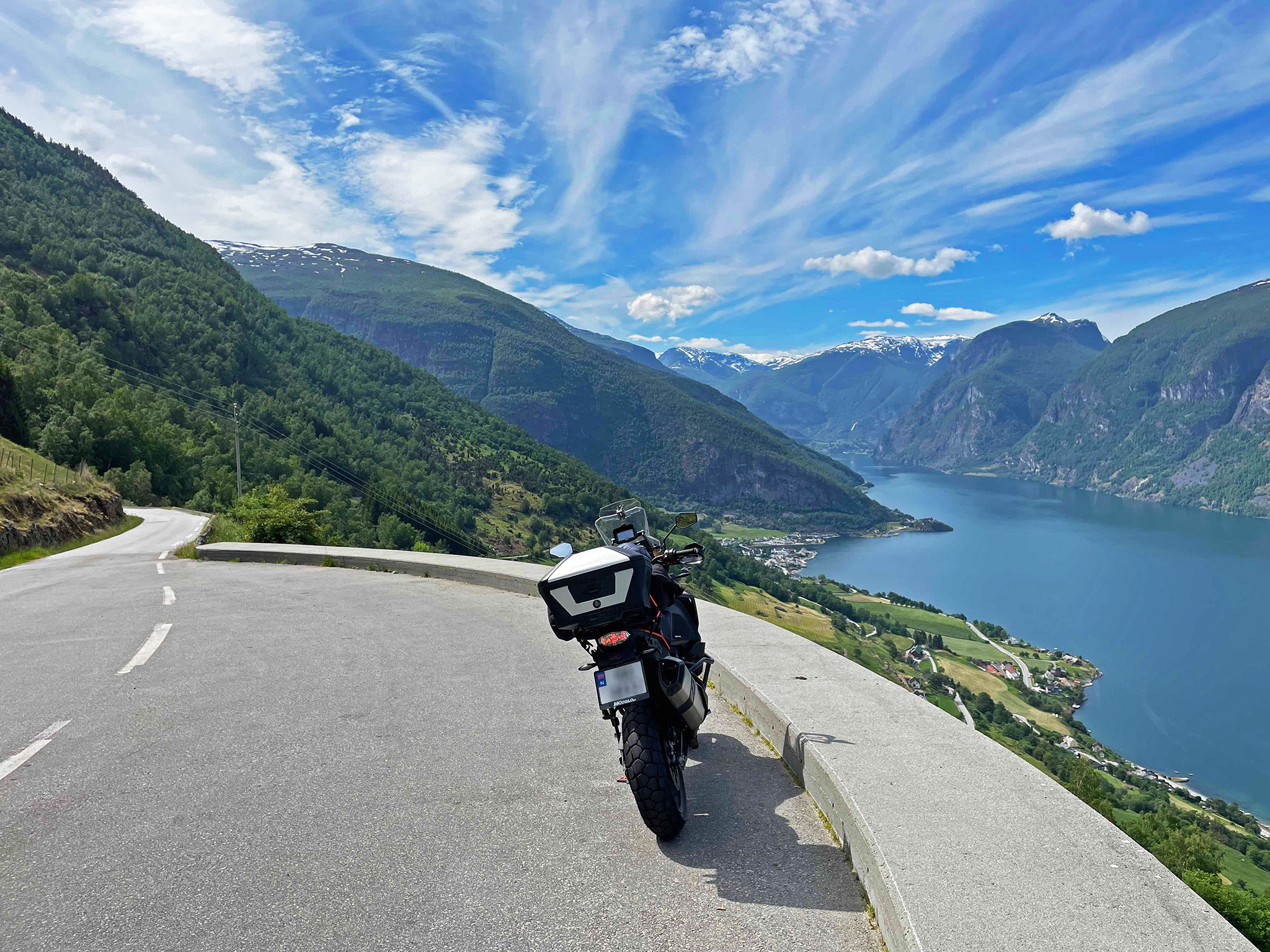 Along Bjørgavegen in Aurland, with Aurlandsfjorden in the rear, June 8th 2021

It all began with a trip to the west coast. Which I was in the process of telling you about here. Am afraid the second part won’t be posted until later. Maybe sometime in September. Not long after I had a second marvelous ride towards the west. Shorter, but with a series of ditto stunning sceneries and experiences.

This too will have to come later.

Finally, the big adventure in the form of a ride up north in July. It ended up being around 5.350 kilometers long, with return. It was also the first ever ride up along the coast of Norway, on a motorcycle. To make the best out of it, I chose to ride a lot of smaller roads. And only resorted to larger or main roads, because of weather. Or, for the journey south again, time.

Well not quite. And, it is by no means over. So far I’ve done around, or a little over, 20.000 kilometers. Those who’ve been here before, and read my blog posts, may know of last year’s “happenstance”. To others, I’m referring to a pretty serious accident back in June 2020. An accident that ended the season for me. 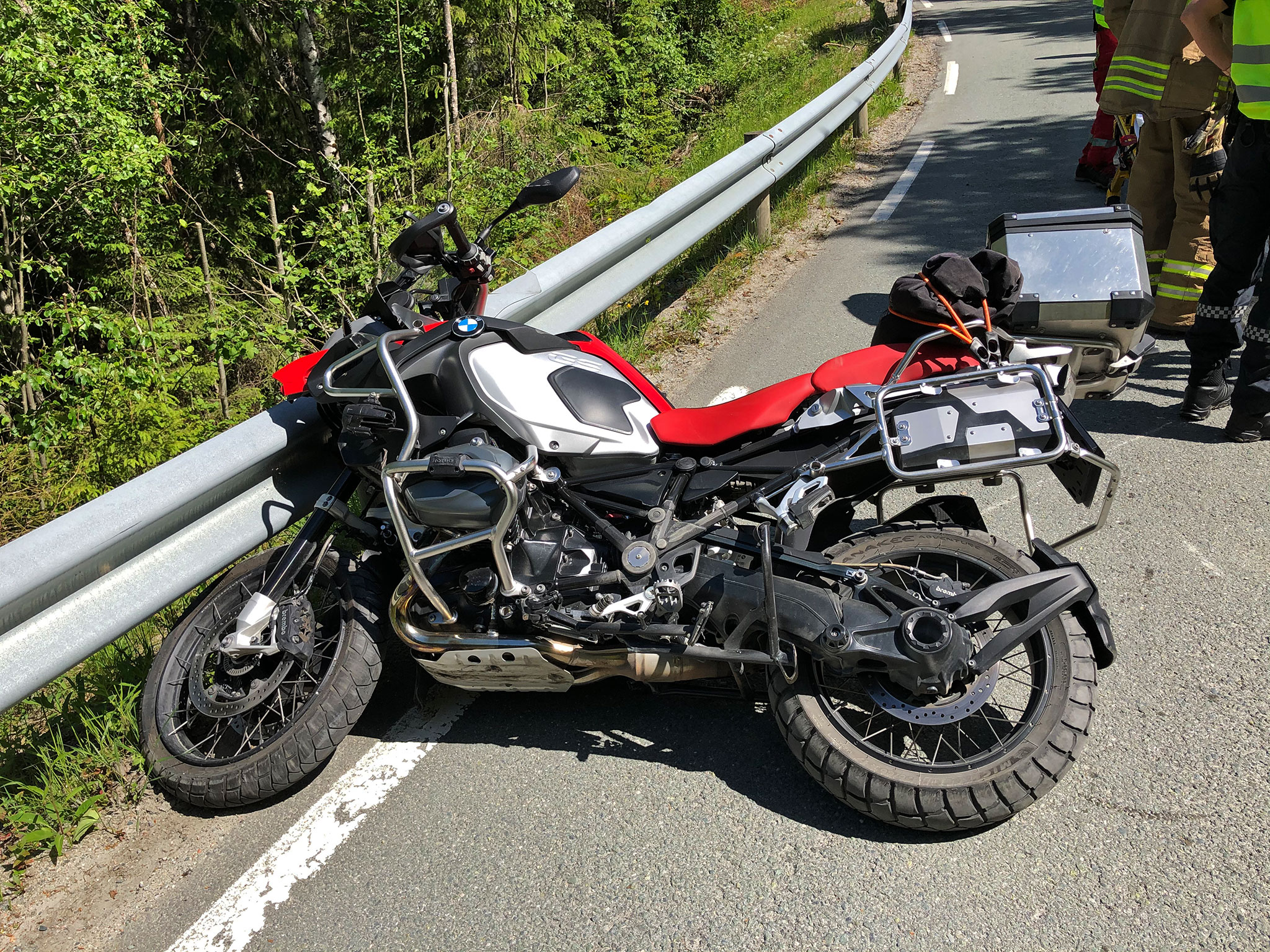 June 2020: picture taken by the police at the scene of the accident.

March 30th I was back again in the saddle. On a motorcycle I’d never ridden. By a brand I had no relation to whatsoever. It didn’t start promising but, as the aforementioned total kilometers this year may indicate, things “worked out”. More about the “adventure tool” here. 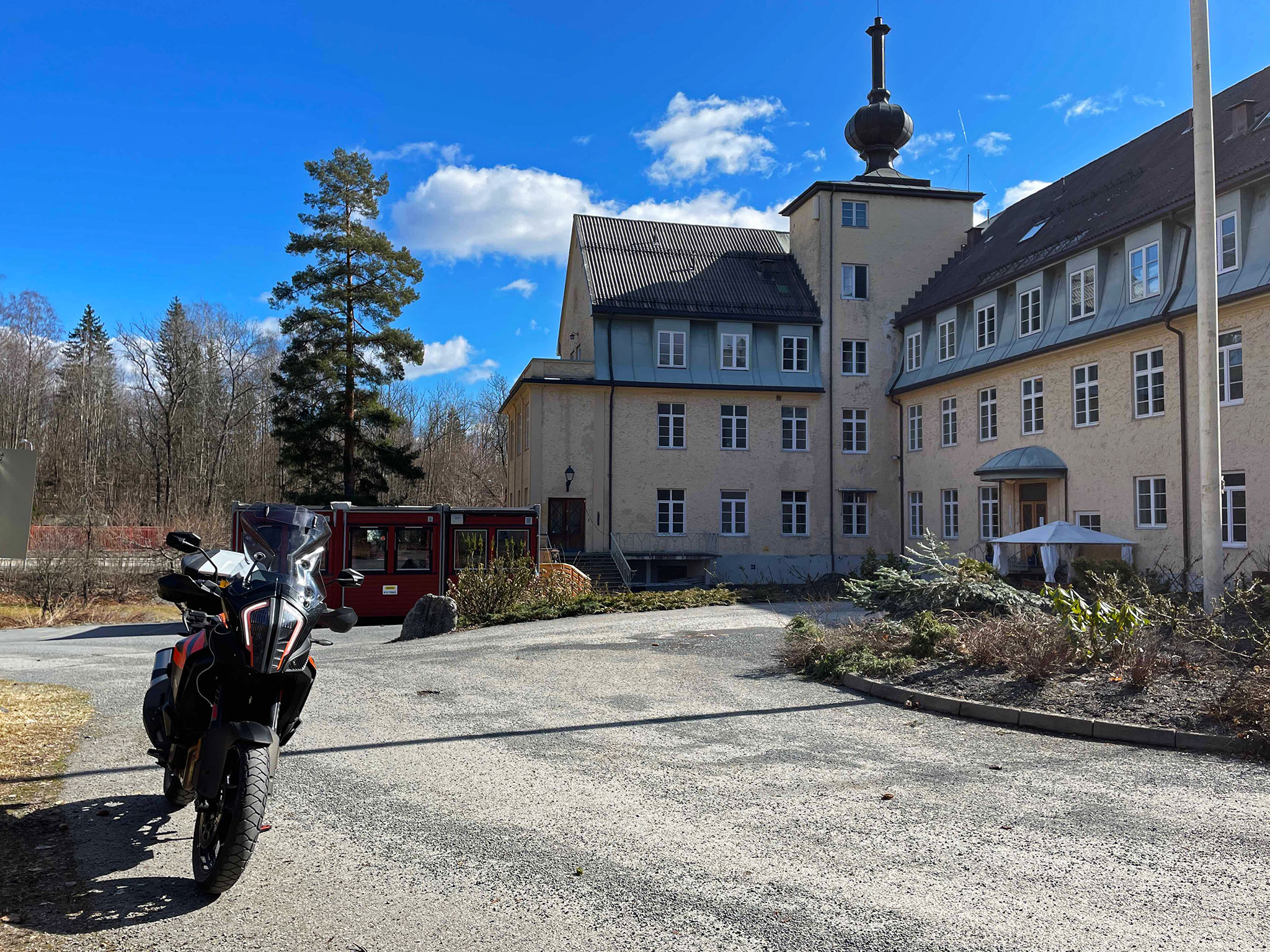 April 2021: outside Godthaab, where I stayed in rehab after surgery July/August 2020

Due to the accident last year, I didn’t get to use or spend my vacation. Well, I spent one day. That was the day things went south. So all all of it was transferred to 2021. Including the one day. Such are the rules in Norway.

As a result I have had a formidable amount of days my employer wanted me to spend this year.  Been doing a pretty good job this far. Which is another reason why there’s not been much writing or posting. Been out and about. In a matter of days, unless all borders slam shut, I’m off down to the continent. To Europe.

Some plans are made, but only so far. It might be a short adventure, it might be long. That all depends on how things develop. I’m vaccinated, with a valid certificate/pass. And can travel with no restrictions within the Nordics and EU.

A few pics from “along the road” in Norway

Just as an appetizer. Cherry picking from a collection of several hundreds. Not all worth sharing but some I think are. I’ve added captions to, briefly, indicate where the pics are taken. So this is it for now, I’ll be back with more (of everything) 🙂 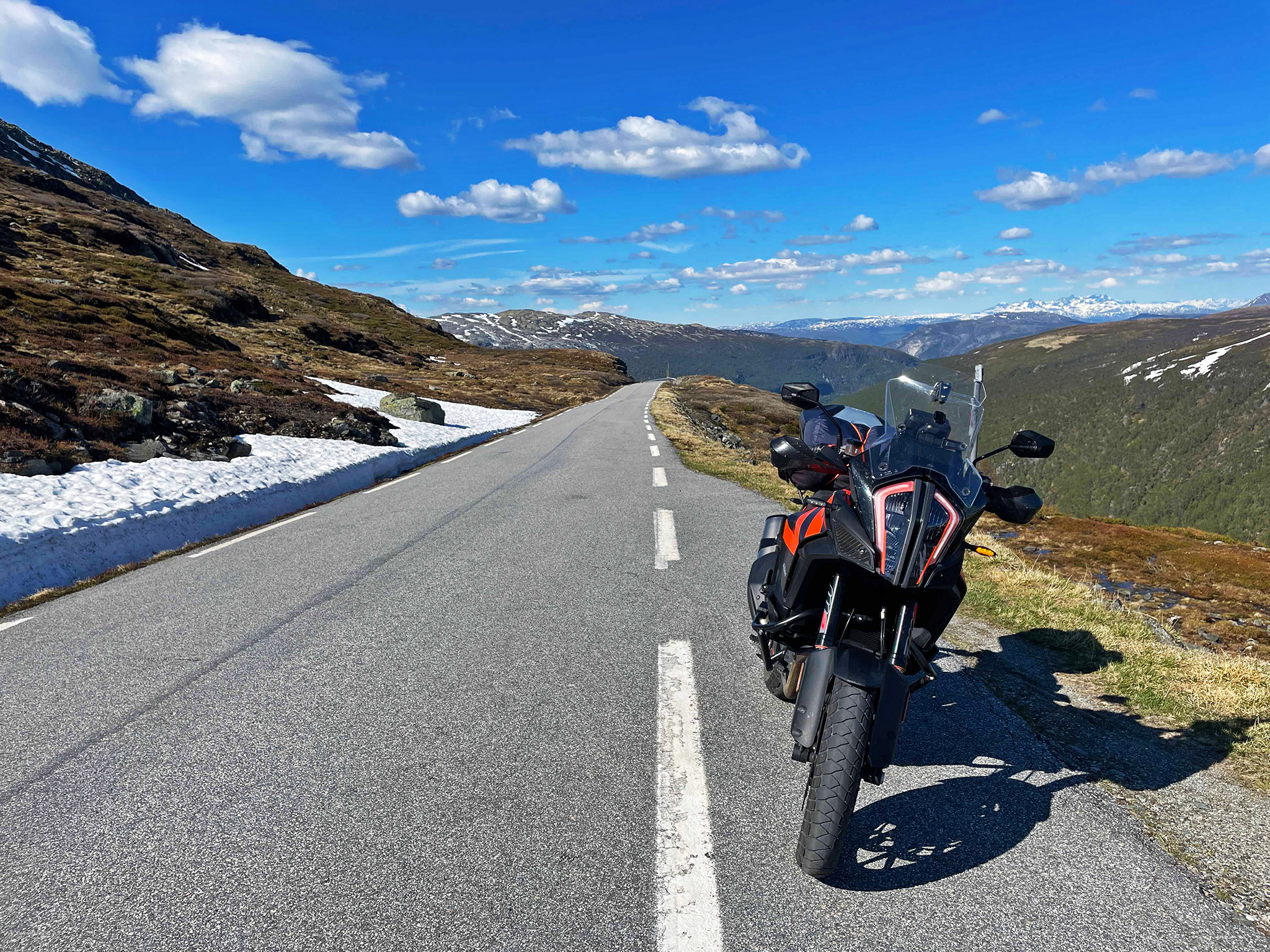 Bjørgavegen over Aurlandsfjellet is a road worth of riding, several times 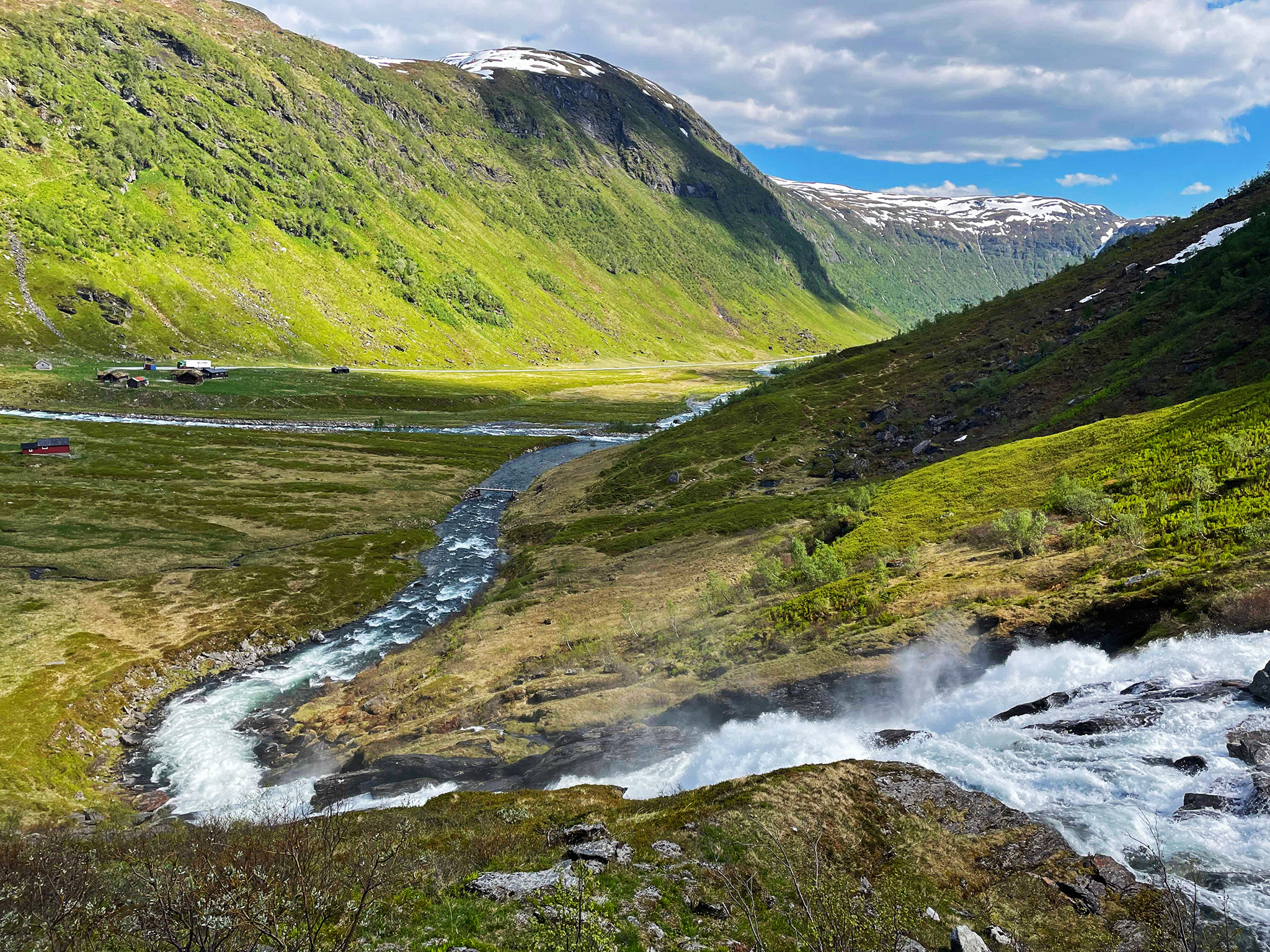 Early June 2021: riding up the serpentine road in Myrkdal towards Vikafjell 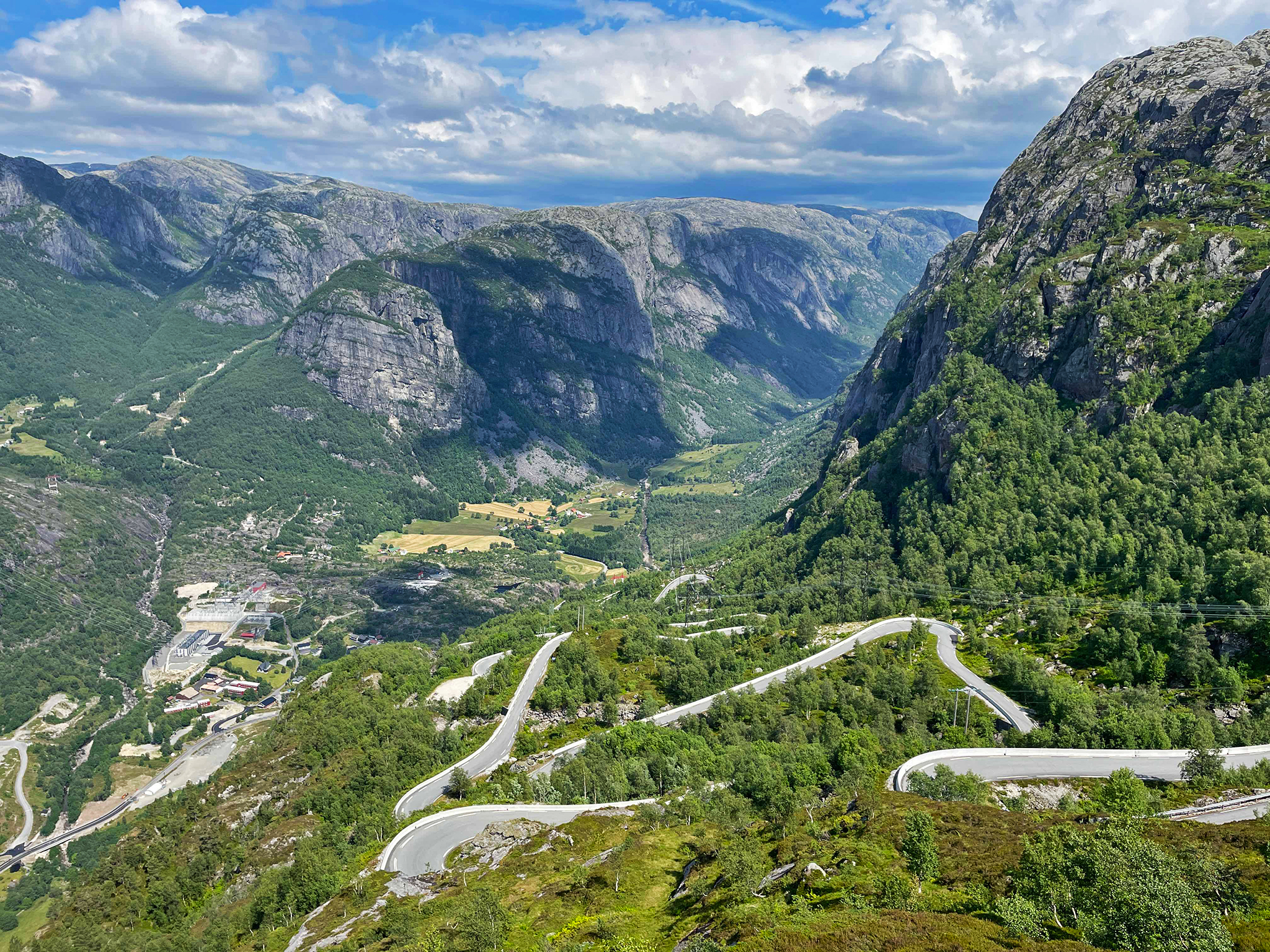 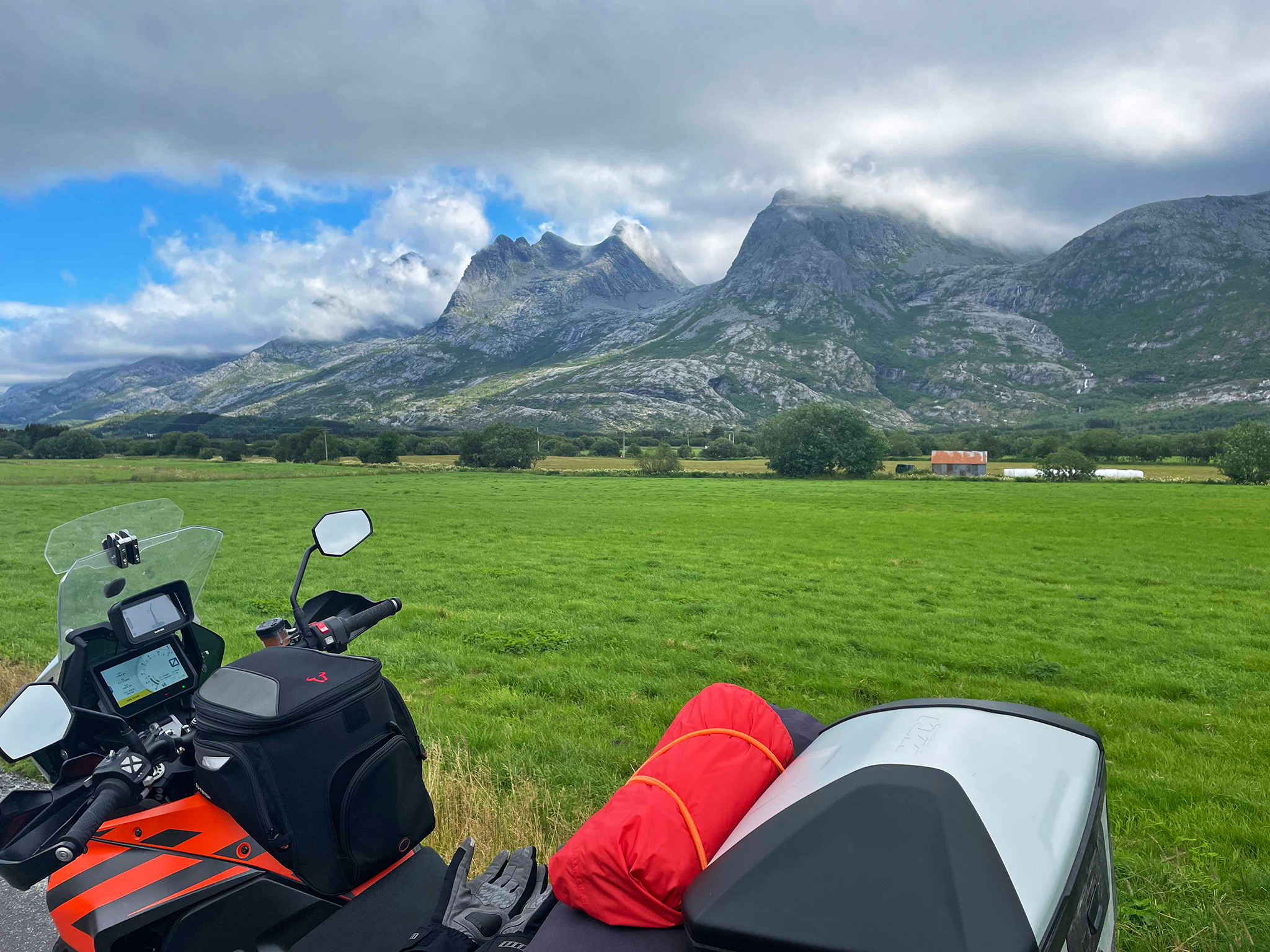 July 2021: along Kystvegen on the way to the North of Norway.

One thought on “The 2021 riding season this far, posting lag”