Spring riding in Norway can be fun. Especially on the days when temp suddenly flips into early summer level, with snow across fields and along dry roads.

or April 19th, if you like. Regardless, it was one fantastic day in the southern parts of the country. Truth be told, during this Easter, coming late in the season as it does, we’ve had weather like no other year I can recall. Which by the way, doesn’t really account for a lot.

While some take to the mountains to ski,  I remained in the low-lands for pedaling exercise and, motorcycle riding (surprise!).

We set out around lunch time from my friend’s residence down by the sea, rode smallways inland and had lunch at Eidsfoss. There’s an Inn which is an assembly spot for regional motorcyclists and others who’re out on a drive.

Entrance and buildings of Eidsfoss inn

Nice spot to stop when you come up from the coastal area or Oslo Fjord. South you’ll find, among others, the small town of Holmestrand.  From Eidsfoss you ride or drive up along lake Eikern. 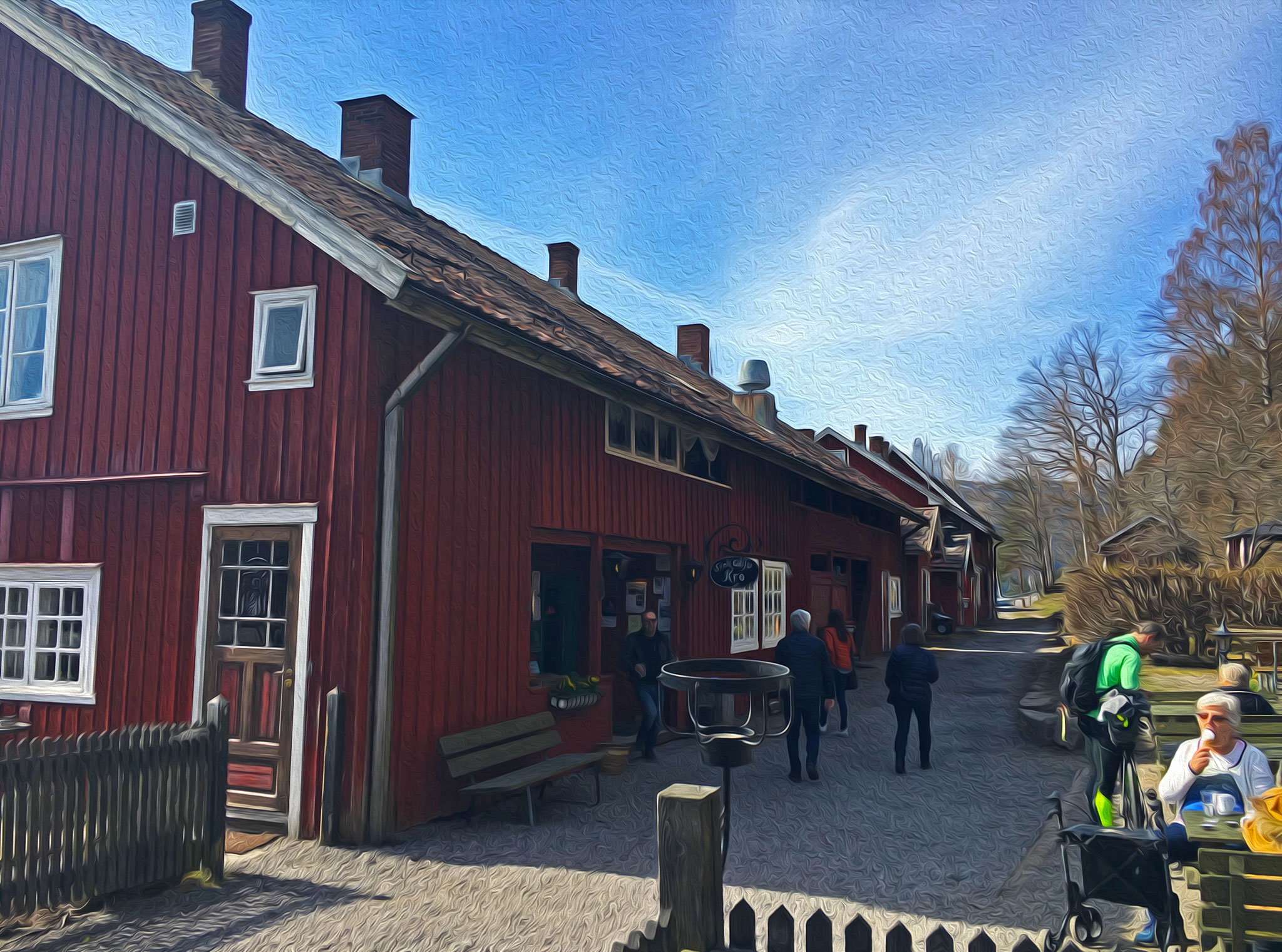 Sadly, the battery in my action cam was dead by the time we entered Lurdalen (Lur Valley). So therefore, only one pic from the valley itself. Will go back soon.

The road is VERY narrow, personal pref for “tool” would be a motorcycle. It has a lot of twists and turn, roller coaster like sections and it’s a good idea not to ride, or drive, too fast.

According to history the valley received its name back in the old days, first by old Norse «Lúðr», which means hollow log or timber. 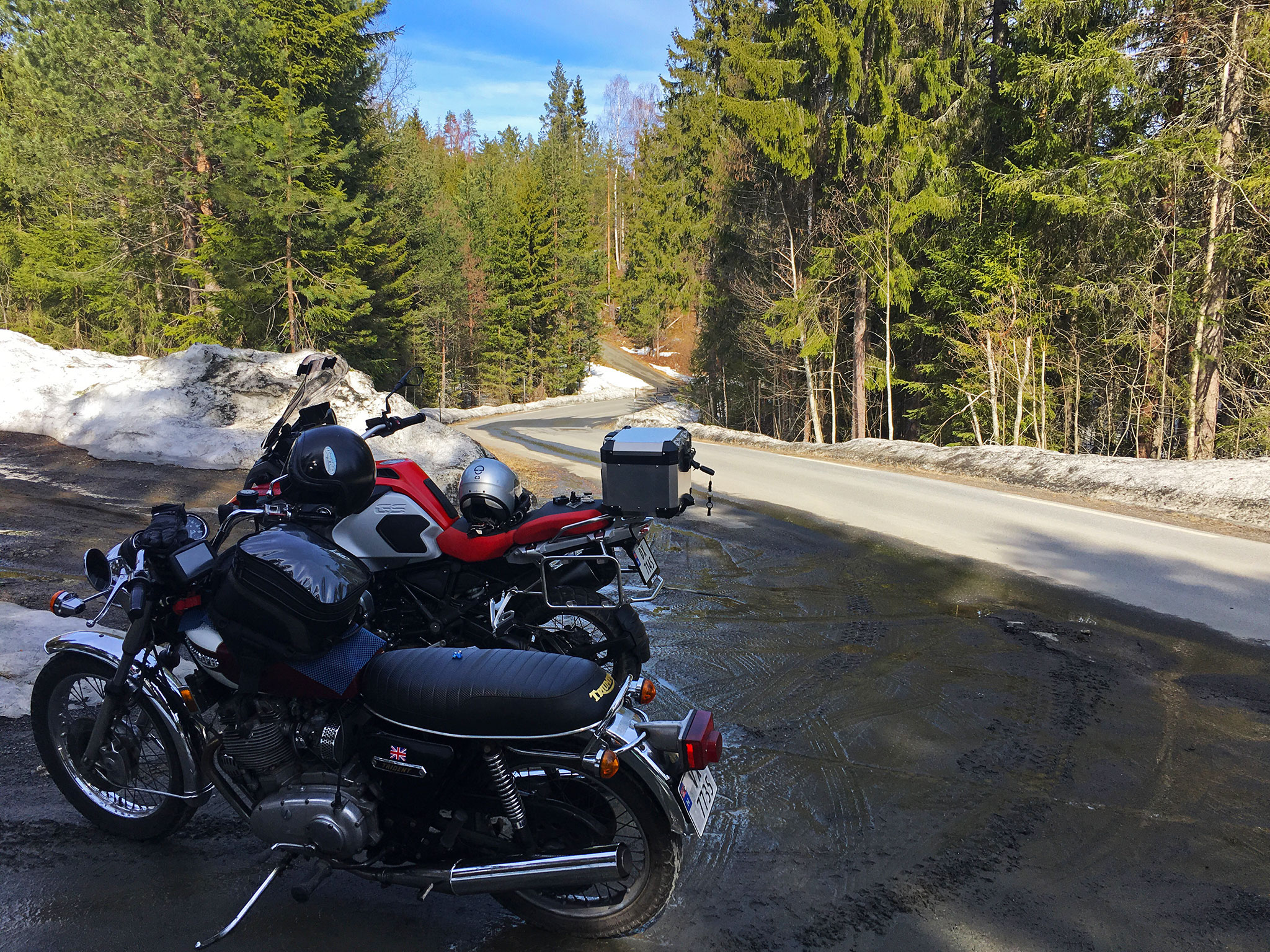 We of course, went there because we’re “lure” (“lure” is plural form of “lur”). We also think it stimulates the intellect to ride through Lurdalen at least (!) once per year (no we don’t).

All sense and nonsense aside, it’s a really beautiful road, worth the ca 20 minutes worth of riding experience 🙂 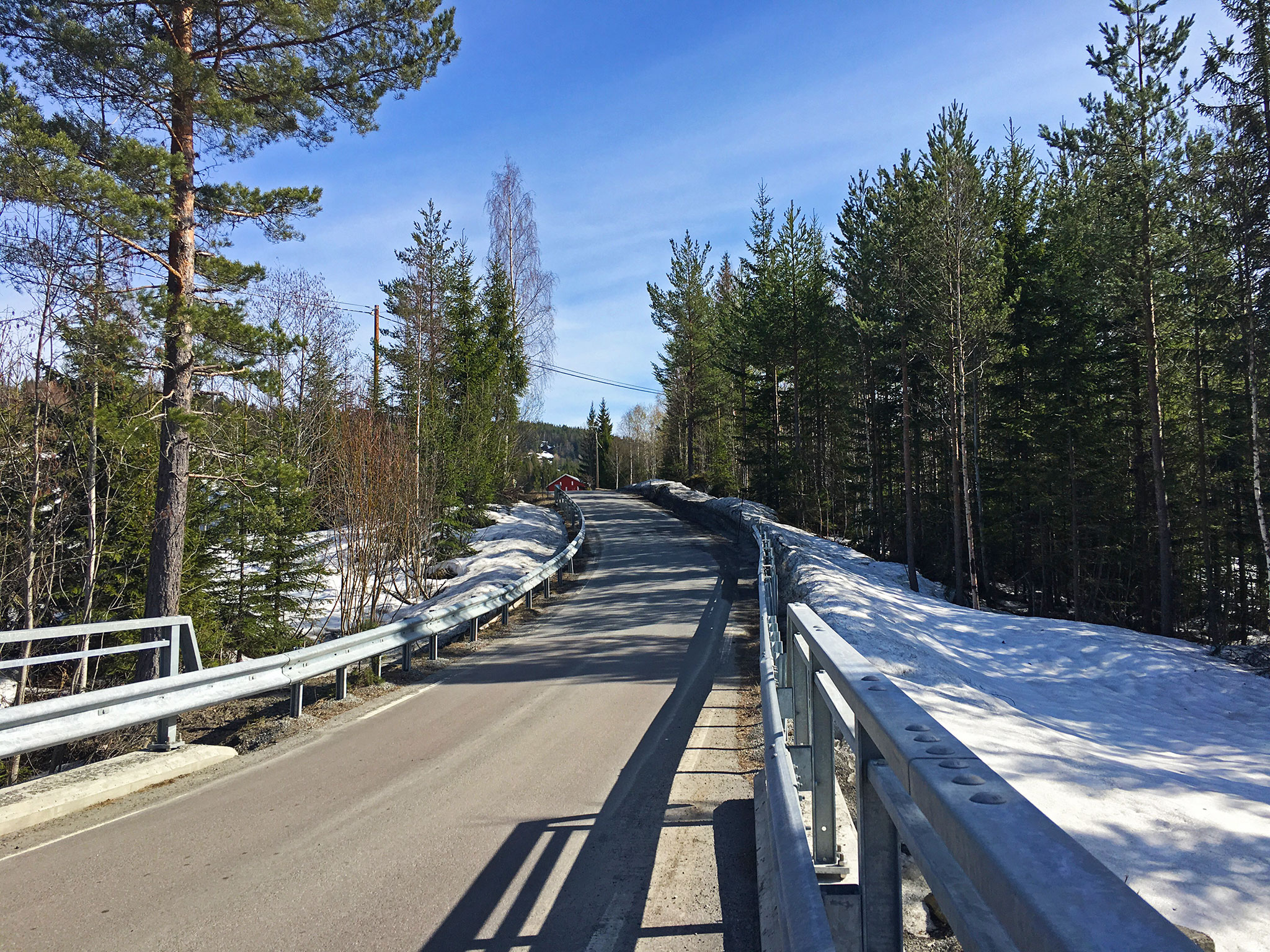 Entry of Lurdalen from the north side

Coming down from Lurdalen into the next valley we went some minutes north, stopped for a coffee and then onto the next section. My riding companion initially claimed would be a gravel road. 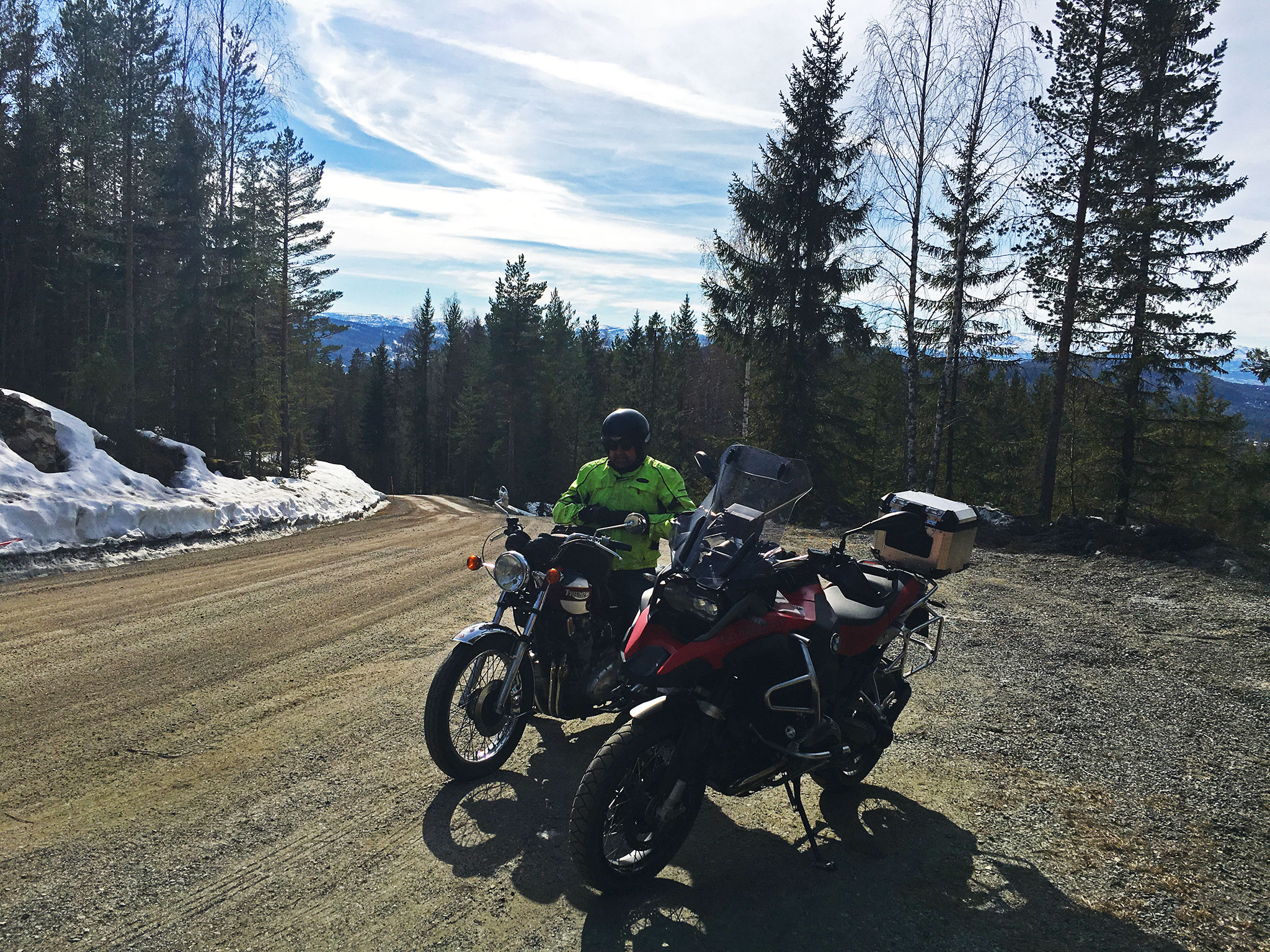 Gravel road, my friend said, well it had some gravel in it…

Incidentally, the road had a tiny amount of gravel on it. But not much more. What it did have in plenty was dirt, mud, wet sections where the front wheel of my “beasty german cow” reported back grip was slightly “fluid”.

After a few miles of interesting spring riding the road descended into a new valley, where we made a brief stop. 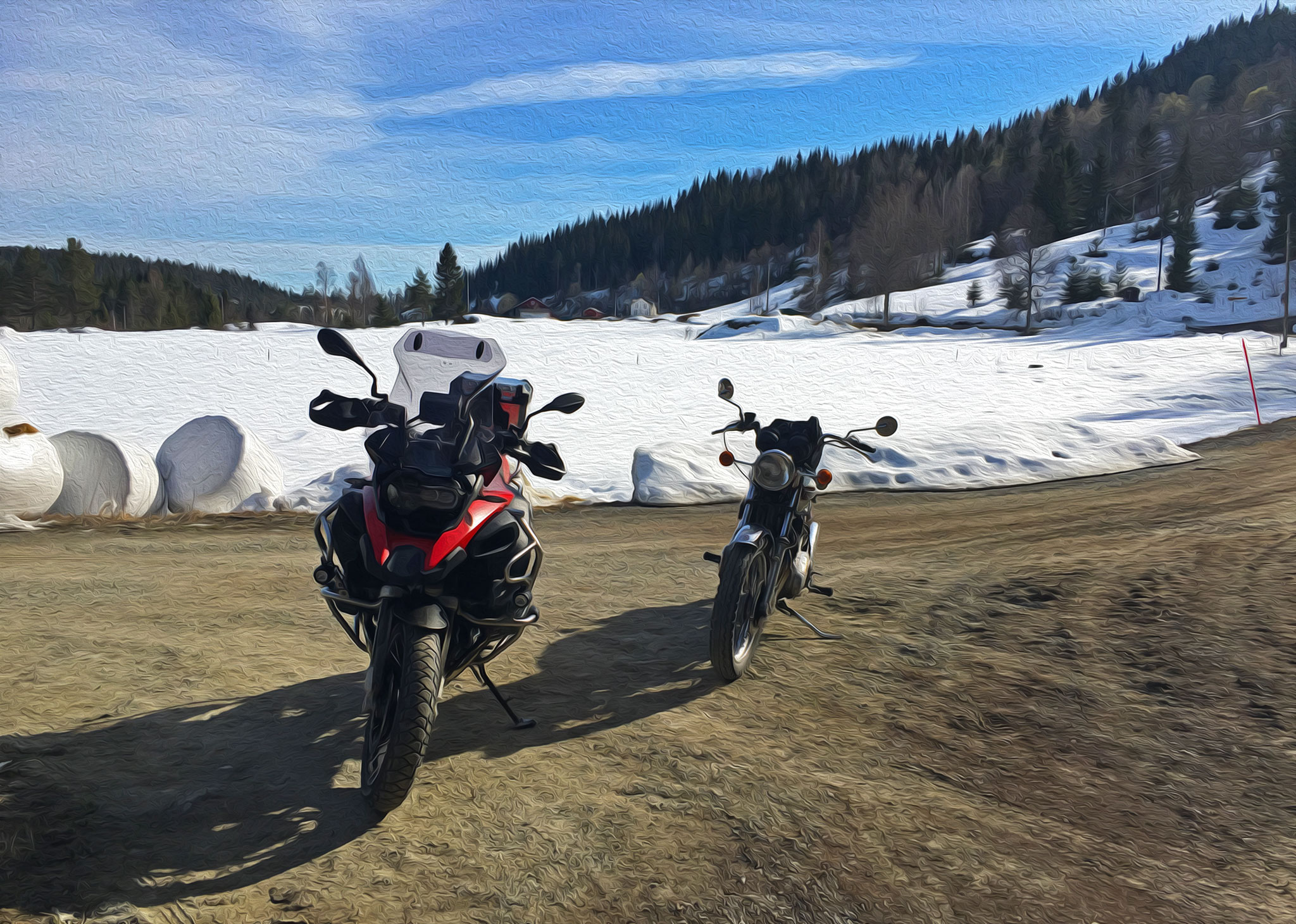 Quick stop along “the gravel road”

I’d not ridden the road before and we saw several small roads heading off in various directions. Which means that the valleys and hills have much more to offer. I will definitely go back later in spring to explore further!

I made a short video of the experience. Quality isn’t great but hopefully good enough.

One thought on “Spring riding motorcycle style in Norway”