Silence it’s good, every so often. Guess I went empty, sort of. That, and summer season never is a high for me writing-wise.

Think I went a bit sour in my pursuit to finish off the story about last year’s escapades. So silence was needed. And that coincided with the beginning of the motorcycle season. In these parts of the world it’s short. So you have to make the best out of the time you have. 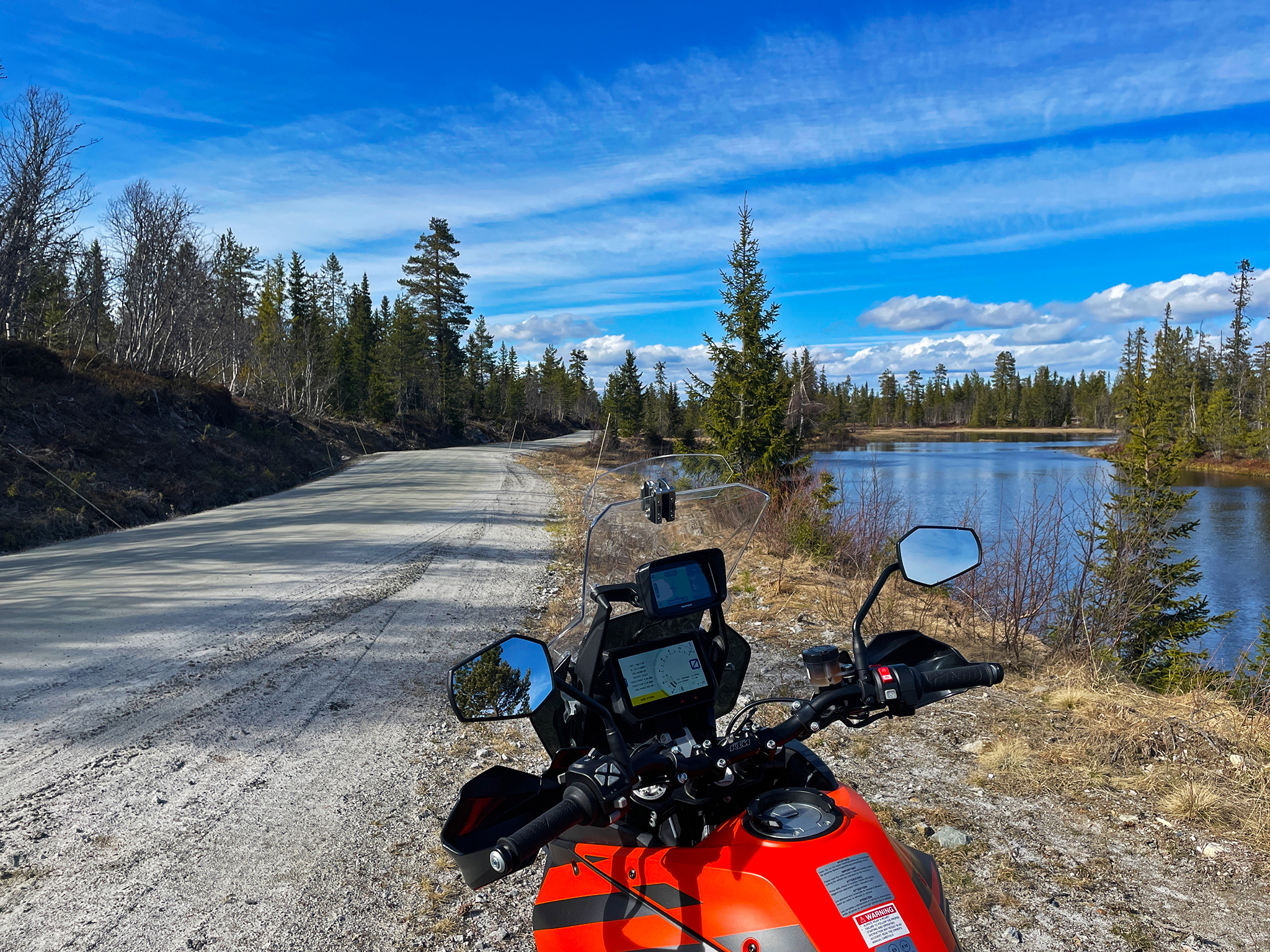 Silence – in the mountains in May

You have to extrapolate on possibilities and, importantly, on weather. Or, plainly put, maximize possibilities.

There’s been plenty of shorter expeditions. During spring and early summer. Those have carried on into the summer. In-between that and work, before vacation start, I had no energy for anything else so silence was the only option. Yeah well I’ll finish off the previous series later. Sometime during fall. 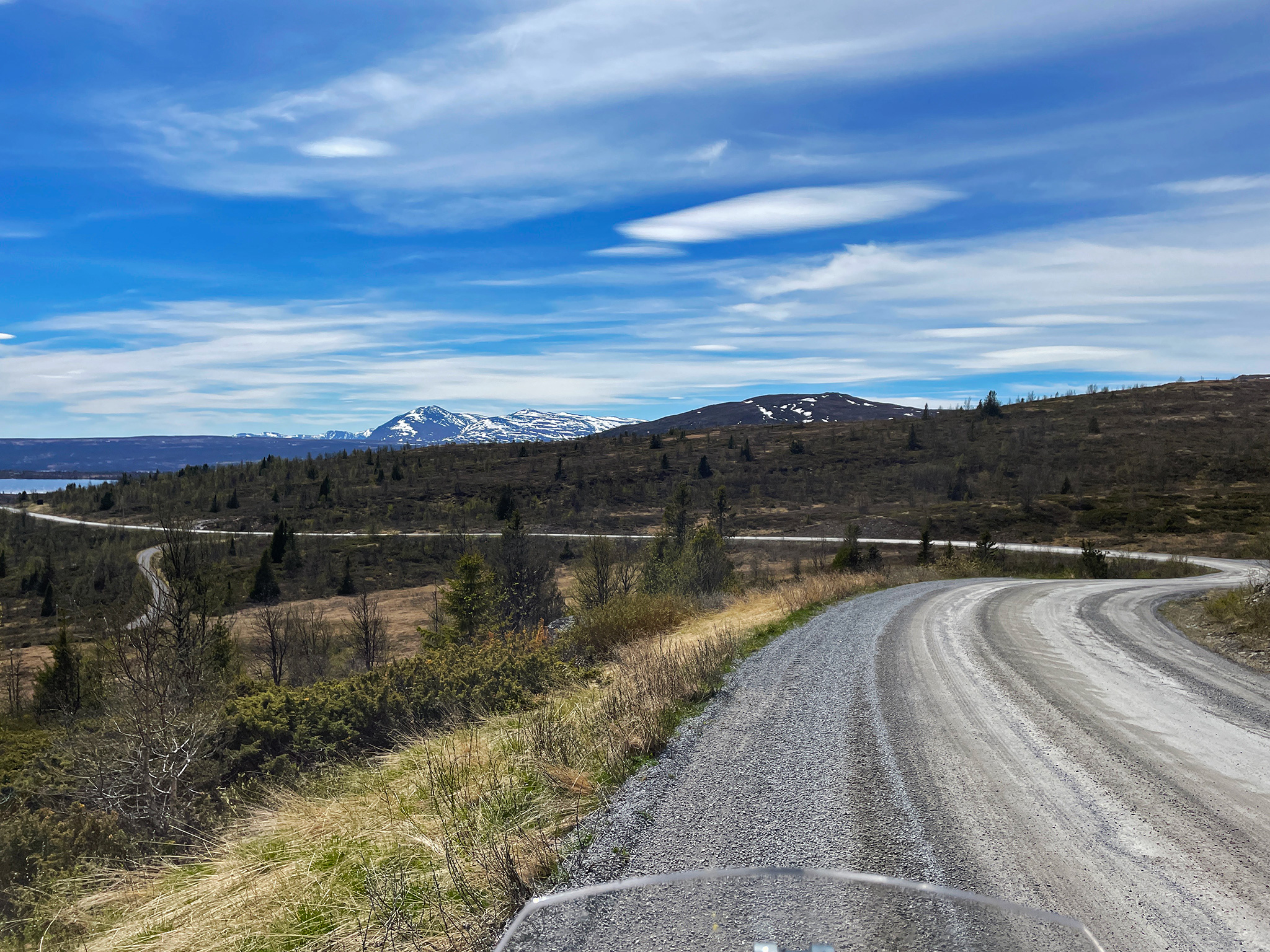 May: riding “Panoramavegen” (the panoramic road), from Valdres to Hemsedal

While at it I’ll also try not to be so bloody long winded. Over-saturate posts with details. Although inclusion of details are done with a purpose. Who knows, someone else would find those details, or tips, useful. You might not believe it, but I do! It does happen I forget something, and return to my blog, to search for things. 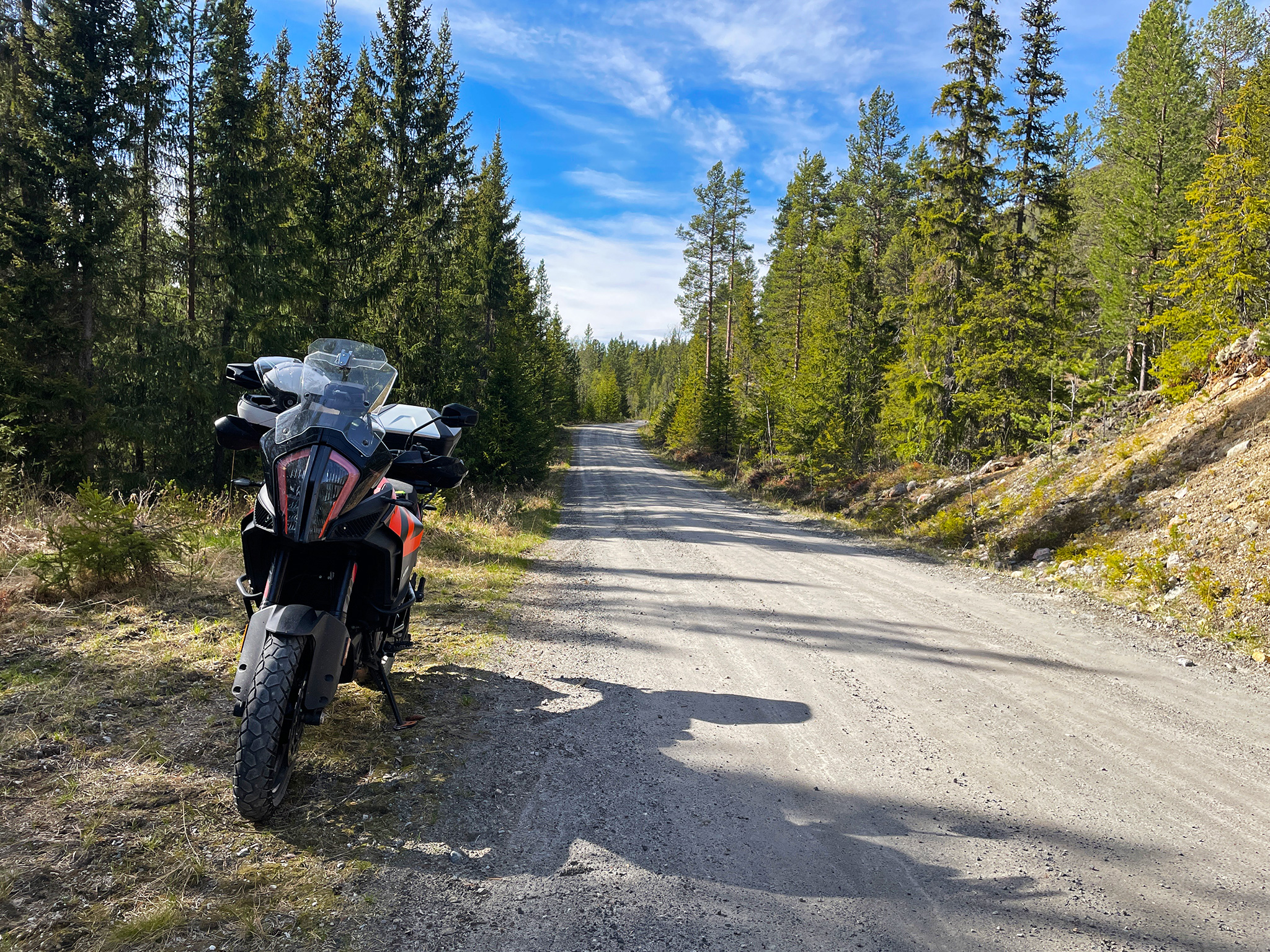 June: Norway is a gravel country. With a gazillion awesome roads

Originally I had in my mind to ride down through Europe this year as well. I had no specific plans (this is perfectly normal) but a few ideas. Those “plans” or ideas were brought to a halt, while still in Denmark a few weeks back. 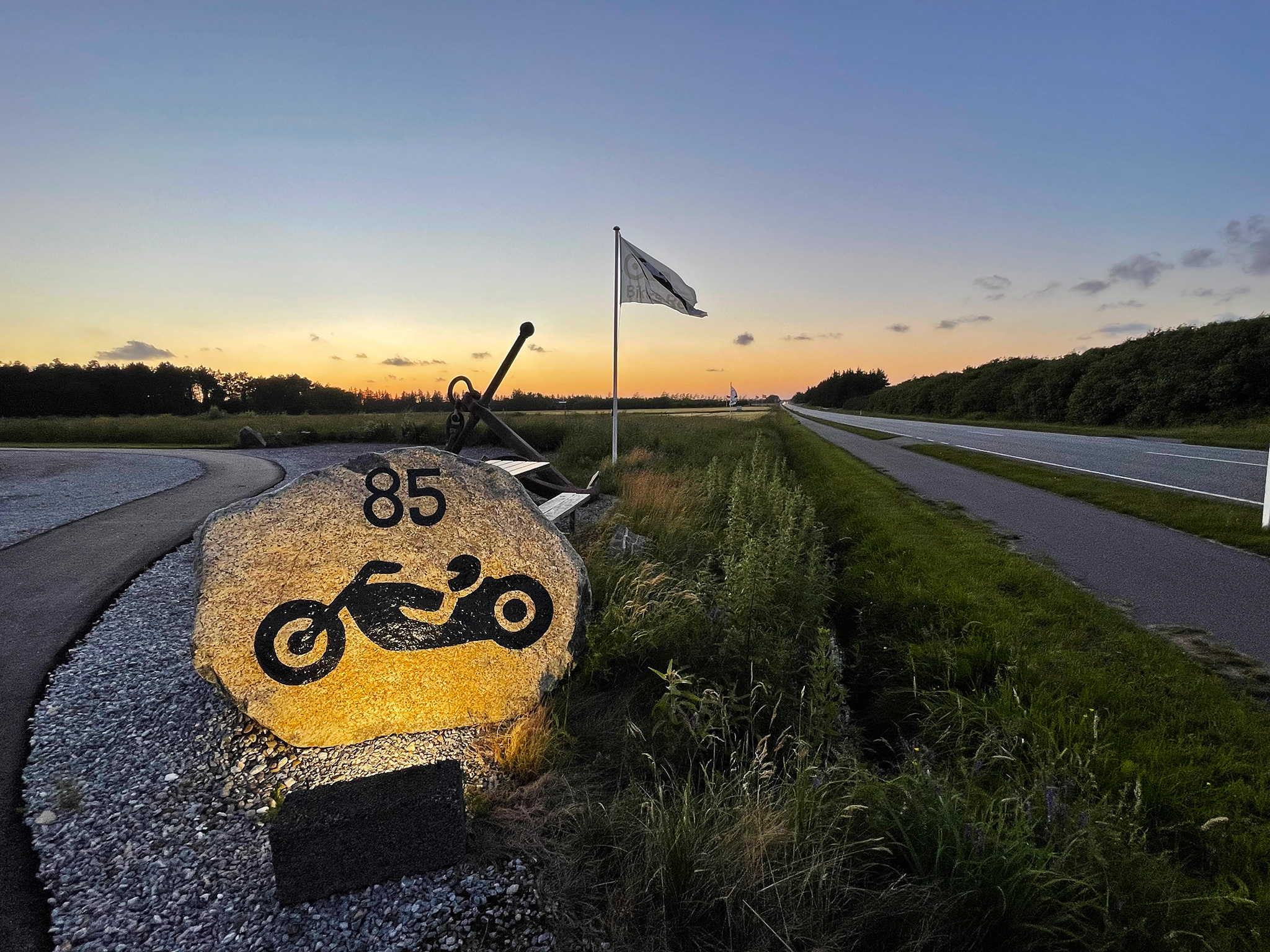 About half an hour from the Ferry to Norway, along Trudslevsvej, you find Biker’s rest

It all started pretty well. First a couple of nights at Bikers rest, a place I recommend all bikers to check out and try! Cheap and great for an overnight stay or even more. It has everything you need. You can buy breakfast and prepared it yourself. Dinner places can be found at Løkken.

If you’ve been drinking Bikers rest have bicycles you can borrow, for free. 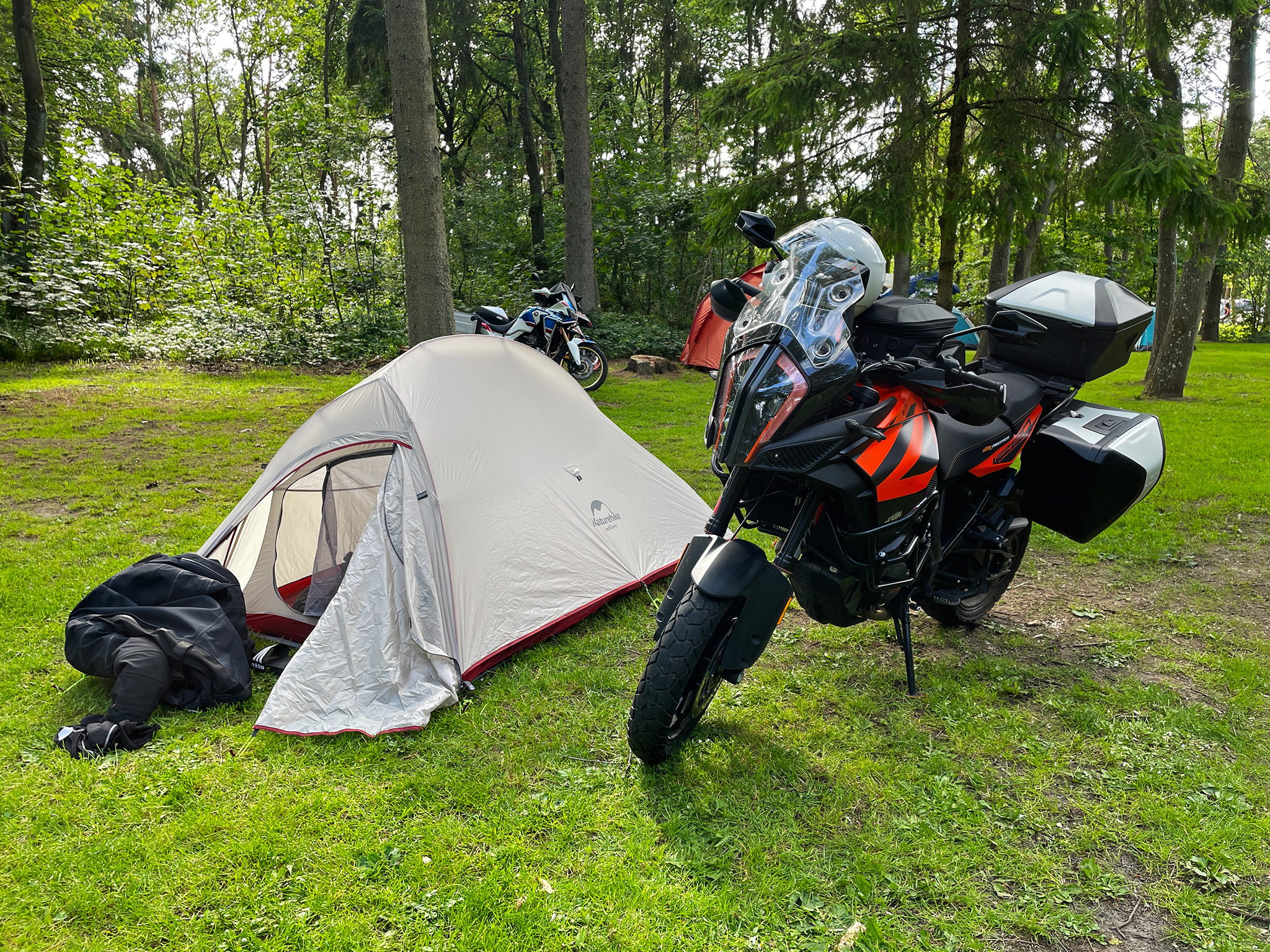 The good feeling wasn’t to last. While at MC Touring camp in Denmark (also worth trying) woke up during the first and only night in my tent, with distinct ribs pain. Suffice to say, it wasn’t a particularly good night. The following morning I had difficulty in getting out of the tent. So packing up took forever.

Right before departing from home I helped a carpenter lifting some beams. First lift went fine, the second… well not so much. A *clonck*  or *snap* feeling in the chest had me stop momentarily. Those who’ve had the experience know rib fractures takes some days before the “blooming” occurs. Normally around a short week.

So also with me. Just so damn unlucky I was laying on the ground, in a tent, when it happened.

Fortunately, sitting on a motorcycle was less of problem. One sits very upright on the KTM 1290 Super Adventure S. That helps. So I carried on, from Jylland in Denmark, over to Fyn, then took a night in Copenhagen. At a fairly expensive hotel. Needed a good bed. And a shower. None of this resulted in a good night though. 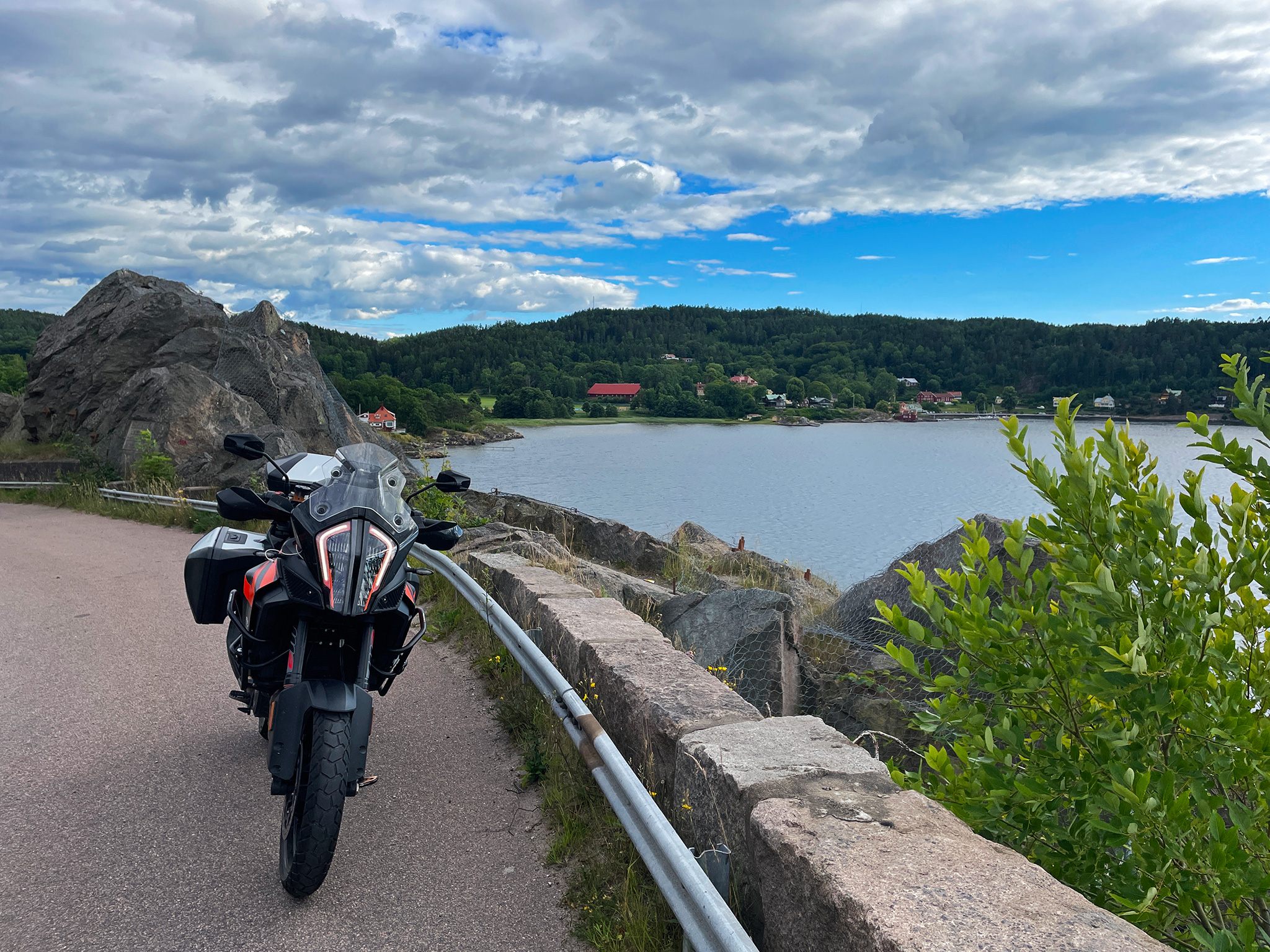 Just outside Uddevalla Sweden. it was extremely windy on fhe motorways

The next day I carried on through Sweden, and home.

Returning home I went to my doctor. Yep, one, possibly two, broken ribs. It’ll be alright. There will be other opportunities. I’ve tried some shorter rides, but nothing more. Hopefully there will be an opportunity later. Like late August or early September. That would be nice indeed.