Shit happens, sometimes in the right places. This is (also) a truth and, as it were, a truth I much prefer when shit does happen.

So Monday April 6th the motorcycle season was supposed to start for me. A little late compared to last year. But those who wait for something good never wait in vain. Or, do they?

A promising sms but …

A week prior to pickup I’d sent a mail to my dealer that I’d like to get the bike. A few days later I got a text, all was ready and I could come and get it whenever. Prior it had been checked, serviced, the tires were changed late 2019 so all set for a good start of the season. Well, or so I thought.

Monday April 6th after work I was ready. I should note,  from the home office. In these times of virus a and lock-down those of us who can, work (and should work) from home. So that those who have to go to work, can do so less exposed, or more safely. 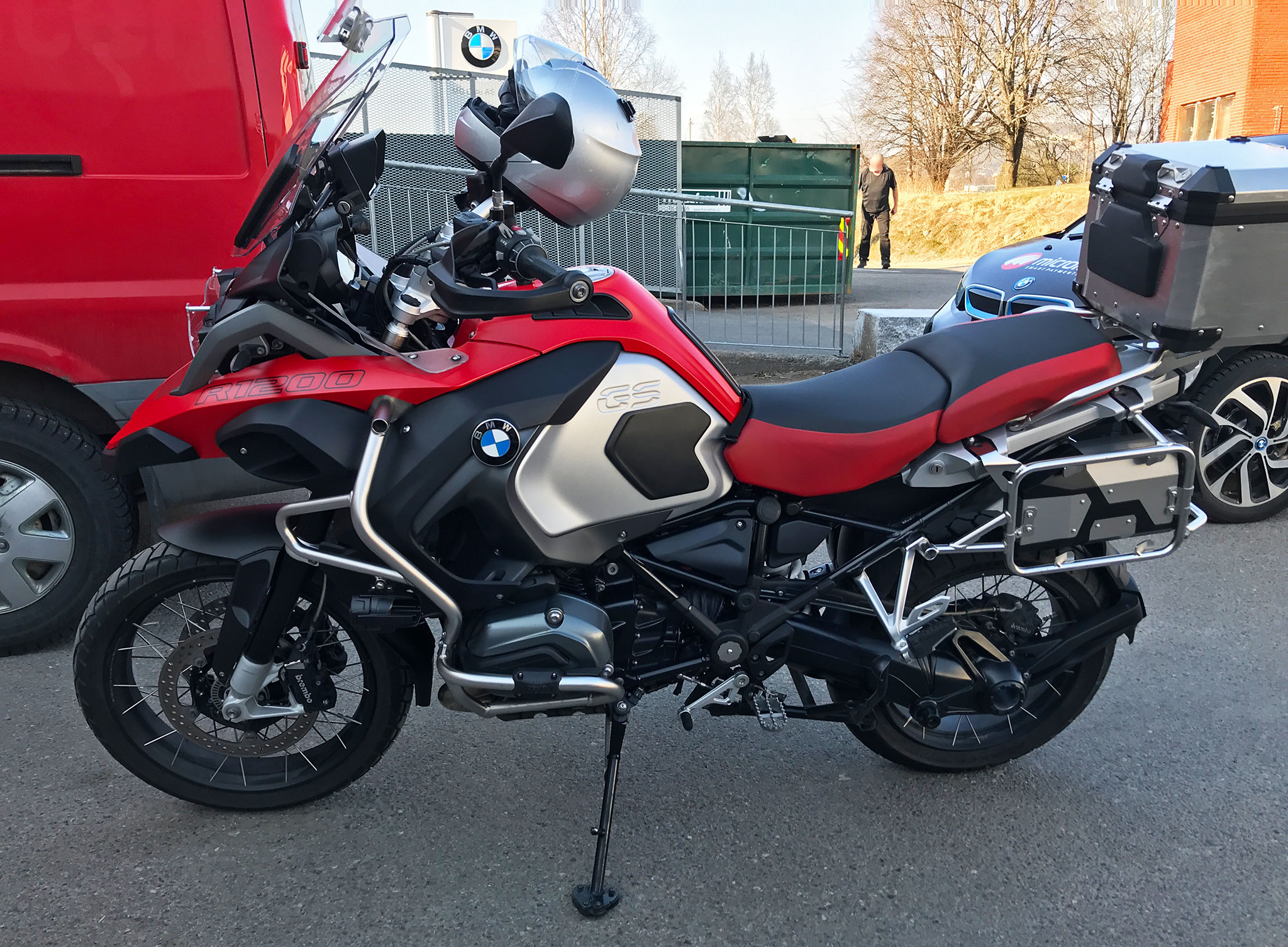 Shit happens, the red cow (beemer) would not greet me by starting

Anyways,  so I was more than ready for getting my trusted and, as it were, quite rebuilt steed.  In fact I was very much looking forward to be riding a motorcycle again.  Arriving at the dealer they rolled the bike out, handed me the keys and wished me a good season’s start. It was cleaned and looked ship-shape.

Being a keyless bike, I pressed the On button, then the starter. It turned, or rather the starter turned, but nothing more happened. Well now that was surprising, this motorcycle normally starts on second turn! I pressed the button again, let it run a little longer. But no, the engine was completely dead, and would not fire.

I tried a few more times, or till a battery low symbol appeared on the dash. At which point I decided it enough was enough and walked back into the shop. The guys at the workshop counter looked baffled when I told them the bike would not start.

Their practice is to do a short test ride before sending text to the owner, a standard procedure. So it had started, the week before.  A mechanic came out to take a look and, like me, conclude it was dead. They rolled it back into the workshop and two guys hopped on the bike.

it took a while to run all diagnostics. But in the end I got the message. They got an error code on the fuel pump. But this error could also indicate it was something else. Like the relay or controlling unit for the pump itself. 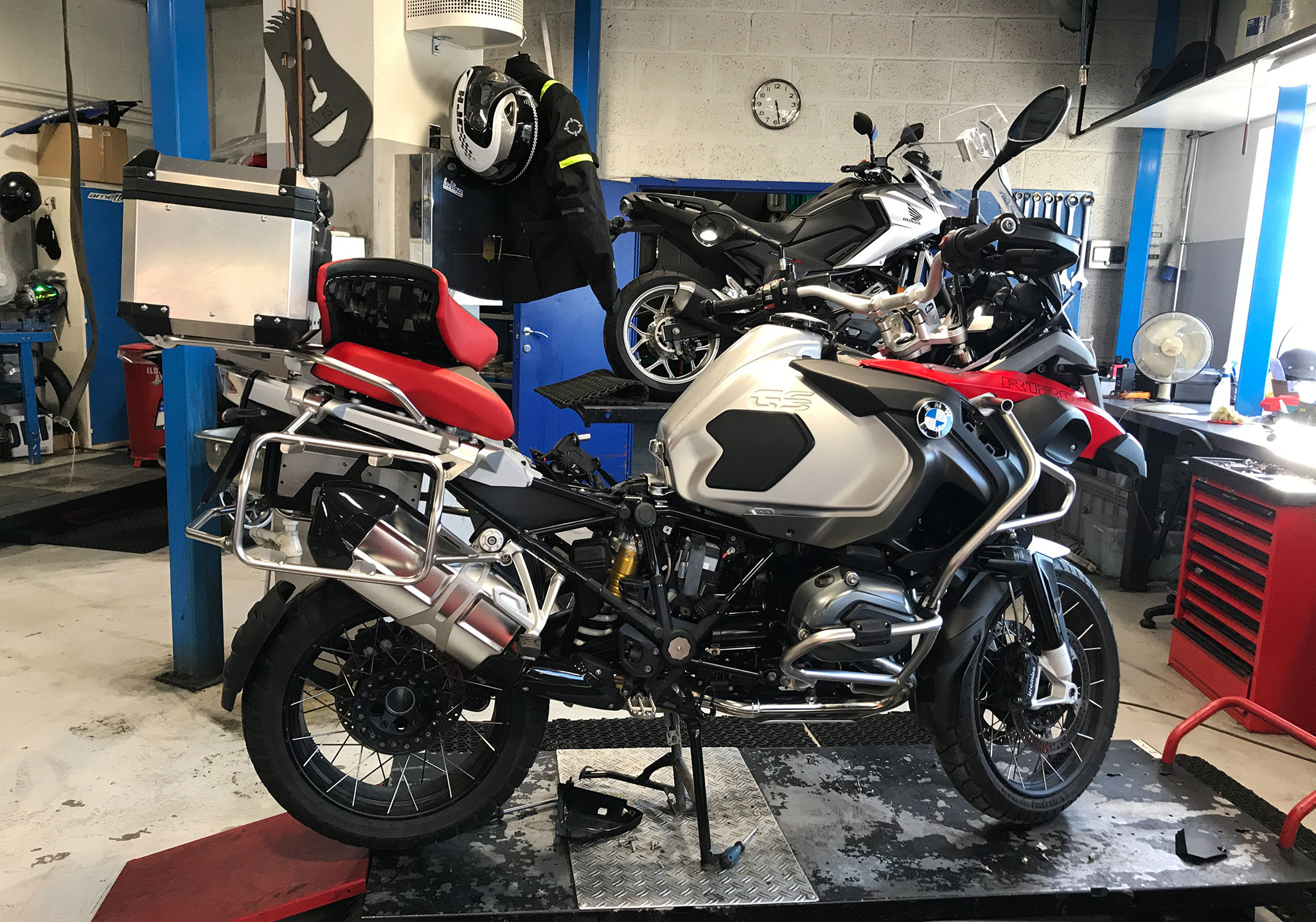 The Beemer back on the bench during diagnosis

In any even, the bike would not be ready this afternoon. So they lend me a motorcycle to get home, a brand new BMW G310GS. Incidentally that bike wouldn’t start either! Had to laugh as I went back in for the second time. This was getting to the point of the absurd. Turned out the brand new mini-beemer had a defect battery. Those things do happen, sometimes new bikes come with a defect battery.

The motorcycle got a new batter and I got him. Afternoon had turned into early evening by the time I made it home. Did I say shit happens? Right.

I got a phone call from the workshop. They had located the problem and it was indeed the fuel pump. A part with no record of failure on this bike model actually. I was given two options,

It was a no-brainer. The pump would be replaced under warranty. So no costs for me, other than delaying the season start.  So I chose a new  pump and a delayed start. Yet another brand new part fitted on the bike. One out of 100ths but that’s another story (see link above).

The BMW G 310GS I took back to the shop the next day. What I think of that bike I’ll write in another post. It was the only 310GGS they had so I could not keep it through Easter. It wasn’t my dealer’s fault the fuel pump died. If there would be any Easter riding it would happen on my old Transalp. More about that in a later post.

So what else is there to say?  Shit happens, sometimes in the right places.  Like if your motorcycle is dead ca 50 feet from your dealer’s door.

Thursday April 16th I got a mail from the workshop. The pump had arrived. Friday I got both a mail and a SMS. The bike was tested ok and ready. On the day one year after I picked it up last time (after winter storage) I could ride away from the dealer. And put the first miles behind me. Those who read this, and ride a motorcycle will know how that feels. 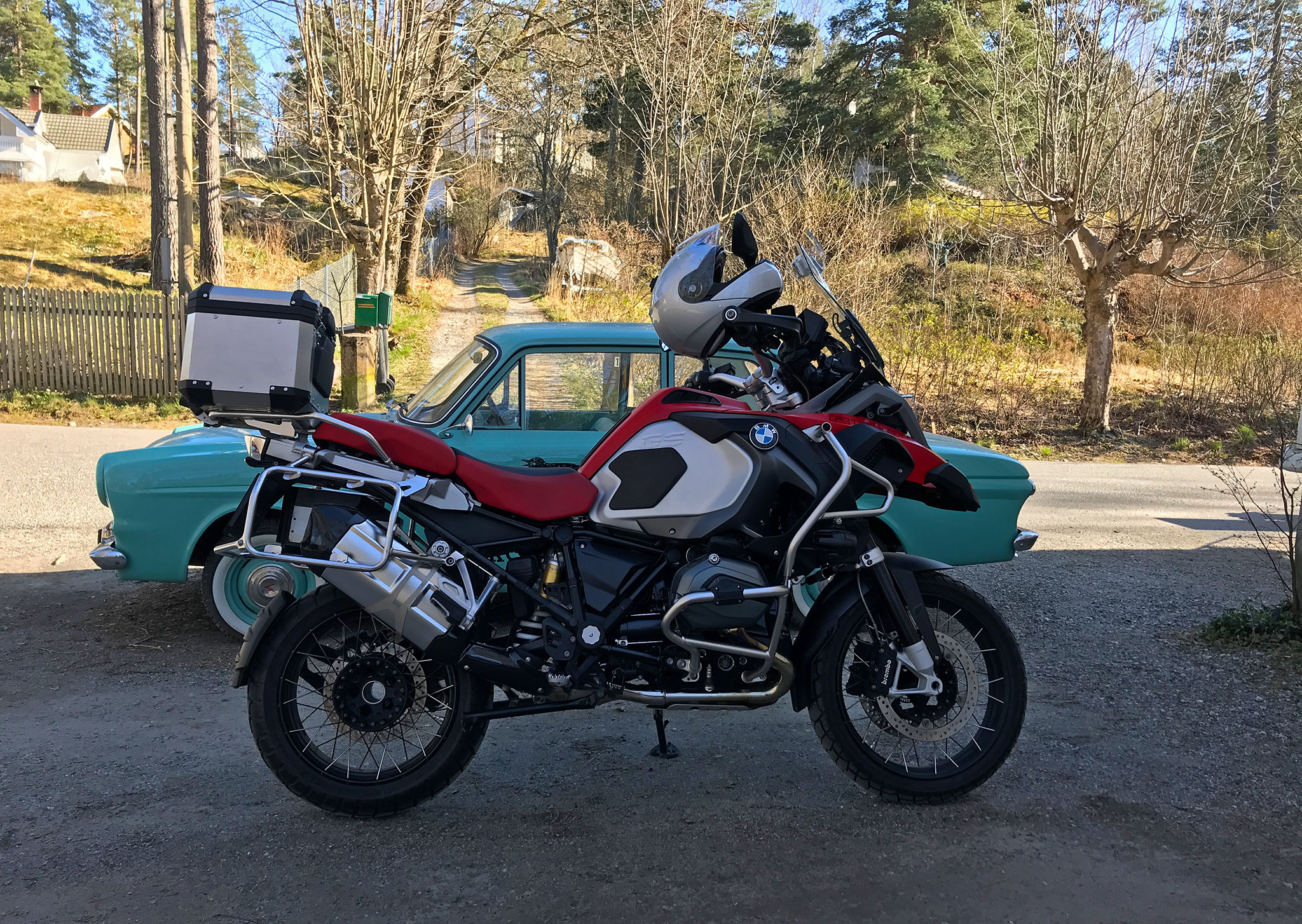 So, may you ask, what went wrong? What caused the pump to fail? No one really knows for sure. It could have been impurities in the petrol. Or Ethanol mixed in the 95 Octane fuel (pretty common here) causing condensation. Next year I’ll tank 98 before putting it away. 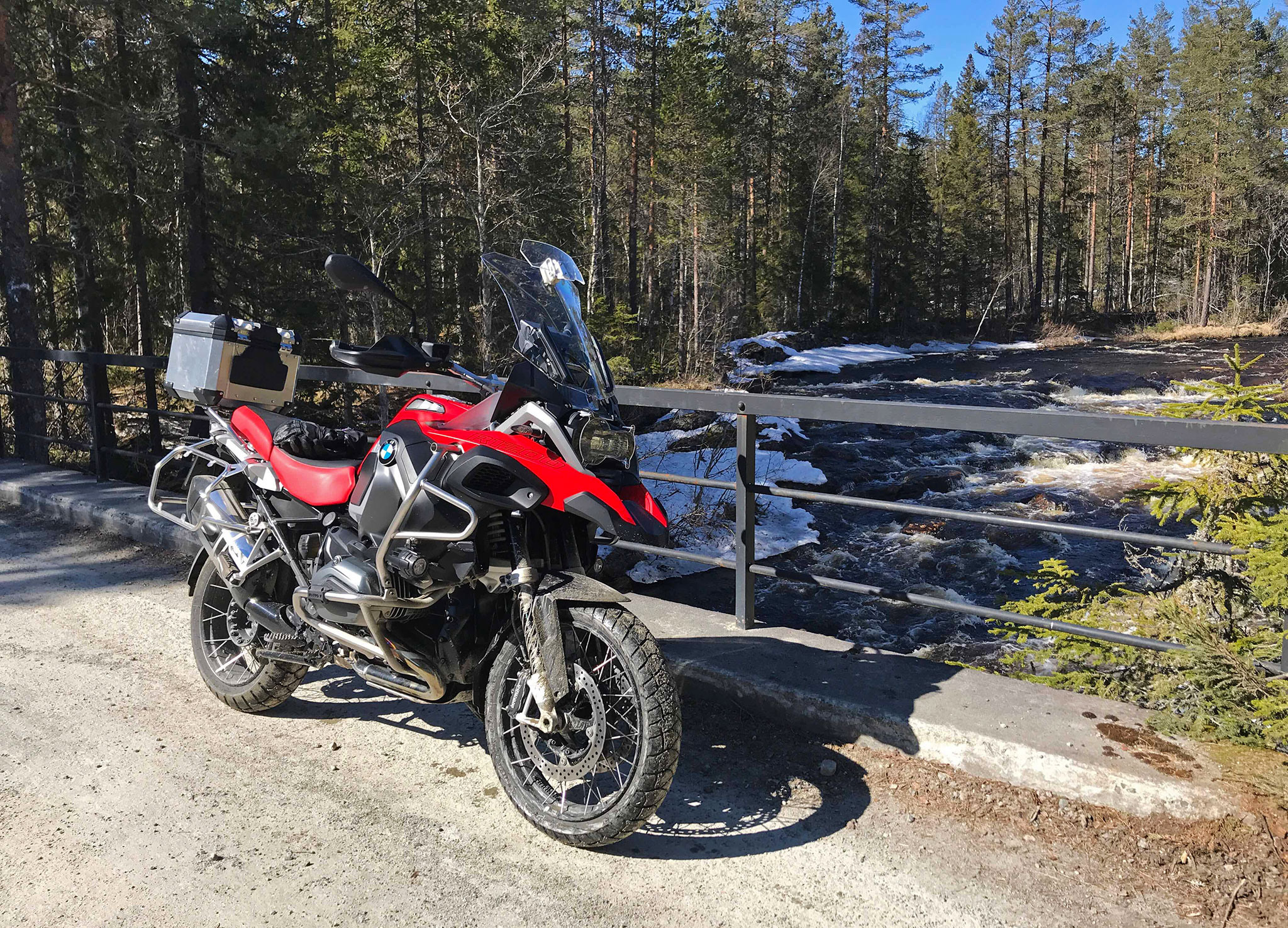 April 19th: first ride into the woods with the beemer, still lots of snow about