Part 4 of the MC adventure of the summer of 2016, from Wurzburg along the Romantic Road to Füssen and the foot of the Alps. View of Harburg and Harburg Castle, built sometime in the 11th-12th century Got the tip from a fellow Norwegian rider I met up in Flensburg. The Romantic road takes you through scenic parts of Bavaria, and several historic cities. It’s not difficult to spend quite a bit of time on this leg.

This is especially easy if you want to explore all the sights, buildings, and castles. These exist in abundance, oozing with history, all very well taken care of.

Having made no plans but with limited vacation time on my hands, it was obvious I wasn’t going to be able to stop in all of those cities. Such a project would take the better part of 2-3 days.

I would therefore recommend, to whoever want to take the same route, plan for overnight stops. In, around or near some of the cities. Going with car of course relieve you of logistical issues the sort a motorcyclist might face.

Too hot for sightseeing

The temperature during the late morning and early day climbed up towards, maybe past 35C. It became too hot to make multiple stops. Traveling alone on a motorcycle means a lot to carry around.

The heat made me decide to speed up. Aim for reaching Füssen and the foot of the Alps that very same day.  It was obvious I had to make many compromises with regards to stopovers.

On the bright side, since having to ride past many of the cities (map right hand side) there’s now plenty remaining for another years discovery!

Below some pics from along the road… 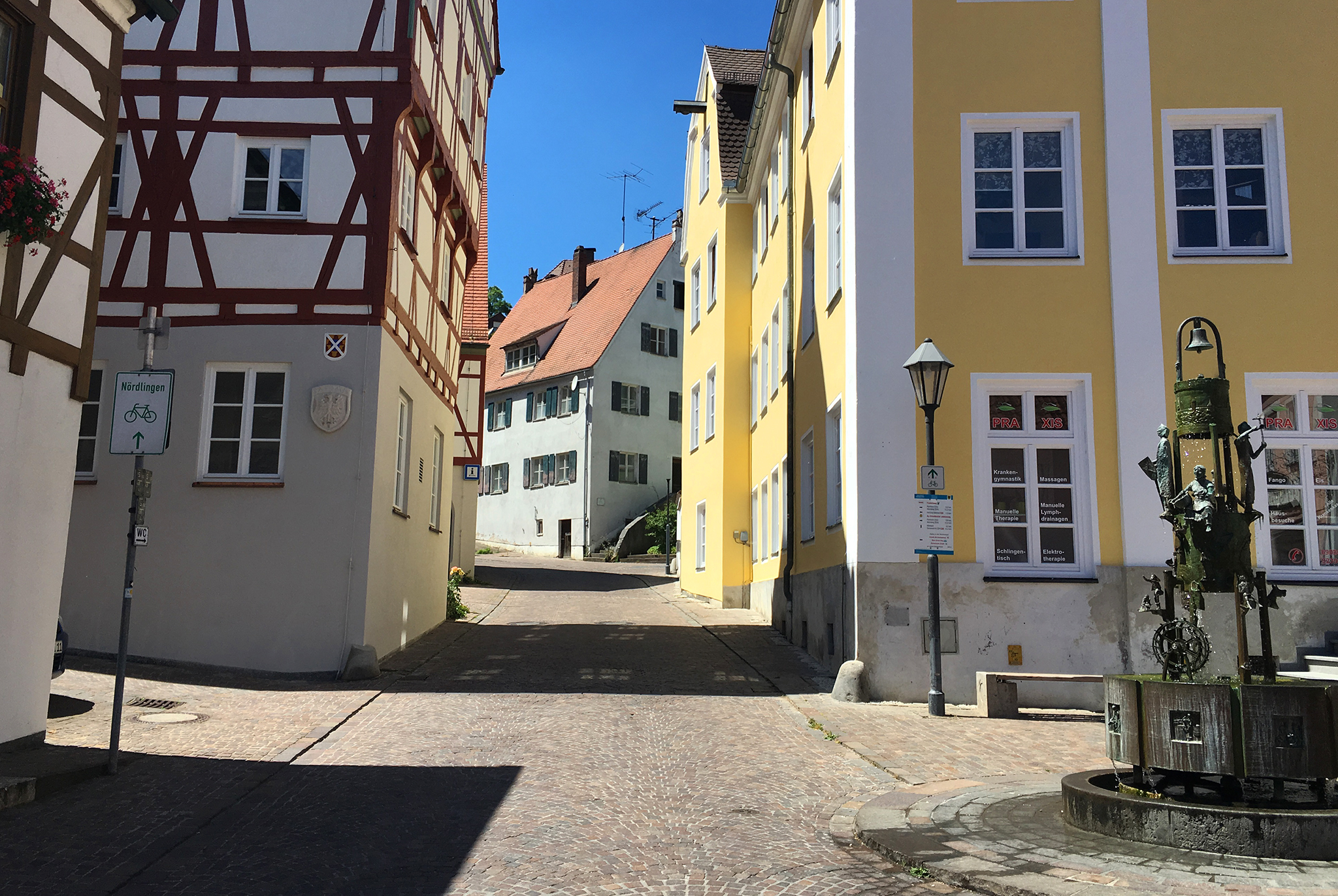 Built around 11th – 12th century in a classical style and fashion, on top of a hill with natural protection.

Hurrying south – in direction of the Alps

Due to the high daytime temperature and baking sun I was very happy to have riding gear for hot days! The desire to get to Füssen before it was too late in the evening had me skip riding through some parts of the Romantic Road.

I will probably ride down the same direction next year, or the year after. With more time and days on my hands for city explorations. Made few stops, instead took some chances with the GPS and ended up riding through the picturesque countryside around the city of Pfaffenwinkel. Not far from the city of Pfaffenwinkel took some small roads. In the rear contours of the Alps. Yes the the bike’s antenna is a bit annoying., guess I should have gone off the bike but well.. I didn’t 🙂

After small roads it was back on the Romantic Road. Landscape was beginning to get more hilly, and traffic pretty intense. Late afternoon or early evening I made it to Füssen. Rode a little across town to look for a suitable hotel.

Of all the things I’ve learnt on this trip one is that, if you’ve made no plans, reservations or other, you’d be very unlucky not to find any vacancies. But don’t settle for the first choice, if you want to spend less, look outside or in the vicinity of a city. Now I did bring a tent and sleeping bag, but early during the trip realized there wasn’t going to be much camping. If you ride across greater distances it’s great to be able to crash out at a Gasthof or hotel.

The GPS POI (Point of Interests) menu pointed at a cluster of Hotels just outside of town. Probably a little cheaper so I went across a hill, a road carved into the rock and came into Bad Faulenbach. No luck at the first hotel on the GPS list, it was full. The innkeeper suggested to try one of the others nearby.

The second stop was a few hundred meters up the road, a nice looking little hotel with the presence of a mansion. Here I had more luck, a room for one night was booked. Now finally, time to get off all gear, have a shower, some food and drink! A nice little hotel! Turned out many of the guests, among others several Norwegians, were regulars! Pleasantly full I decided to take a walk. A nice walkway along the river Lech would take me into town in just 10-15 minutes. I’ll end here, more next time!

The next chapter (5) you read here.