Return north was the next planned move. The adventure was coming to an end. But before the end, 3 days worth of riding, through Germany, Denmark and Sweden.

I could have done the journey in two days with relative ease. But it would mean 5-600 kilometers a day. I’ve done much longer legs, with lots of freeway or motorway riding. Pretty boring to say the least. I also had planned to visit a friend in the southern part of Sweden, and spend half a day there.

Departed from Braunlage in the morning, not too early, not too late. Fortunately  the heatwave had moved further east, so the temperature was back to normal for the region. First I took road 27 to Elend, then the smaller, more twisty L100 in direction of Wernigerode. 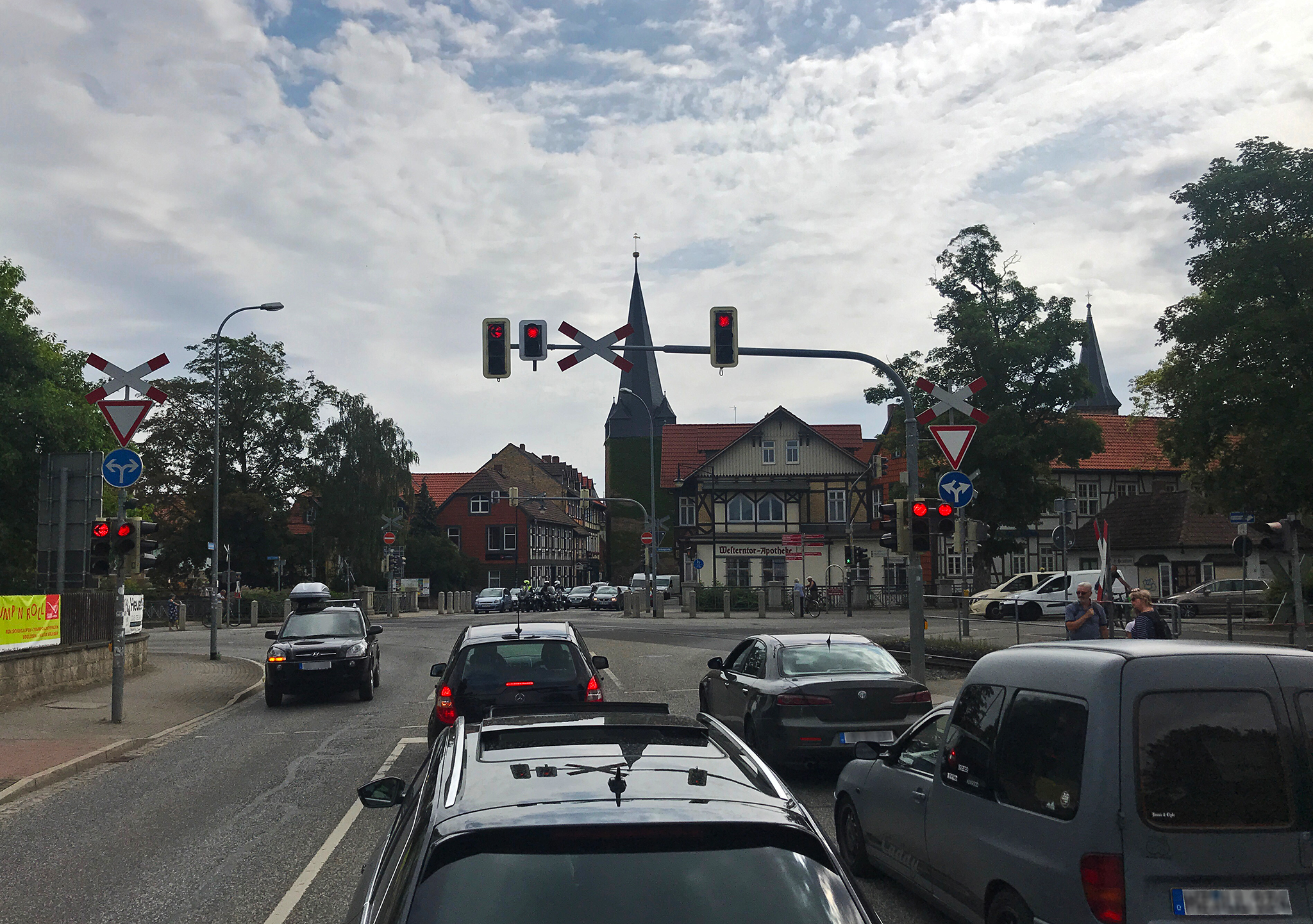 It was a nice ride, an excellent sorti from the Harz Mountains and National park. Turned northwest, and took small roads along the edge of the lower parts of Harz mountains, primarily consisting of hills, forests and, on the north side, farmlands.

I had a stop planned in Goslar, a city with rich history way back to medieval times. 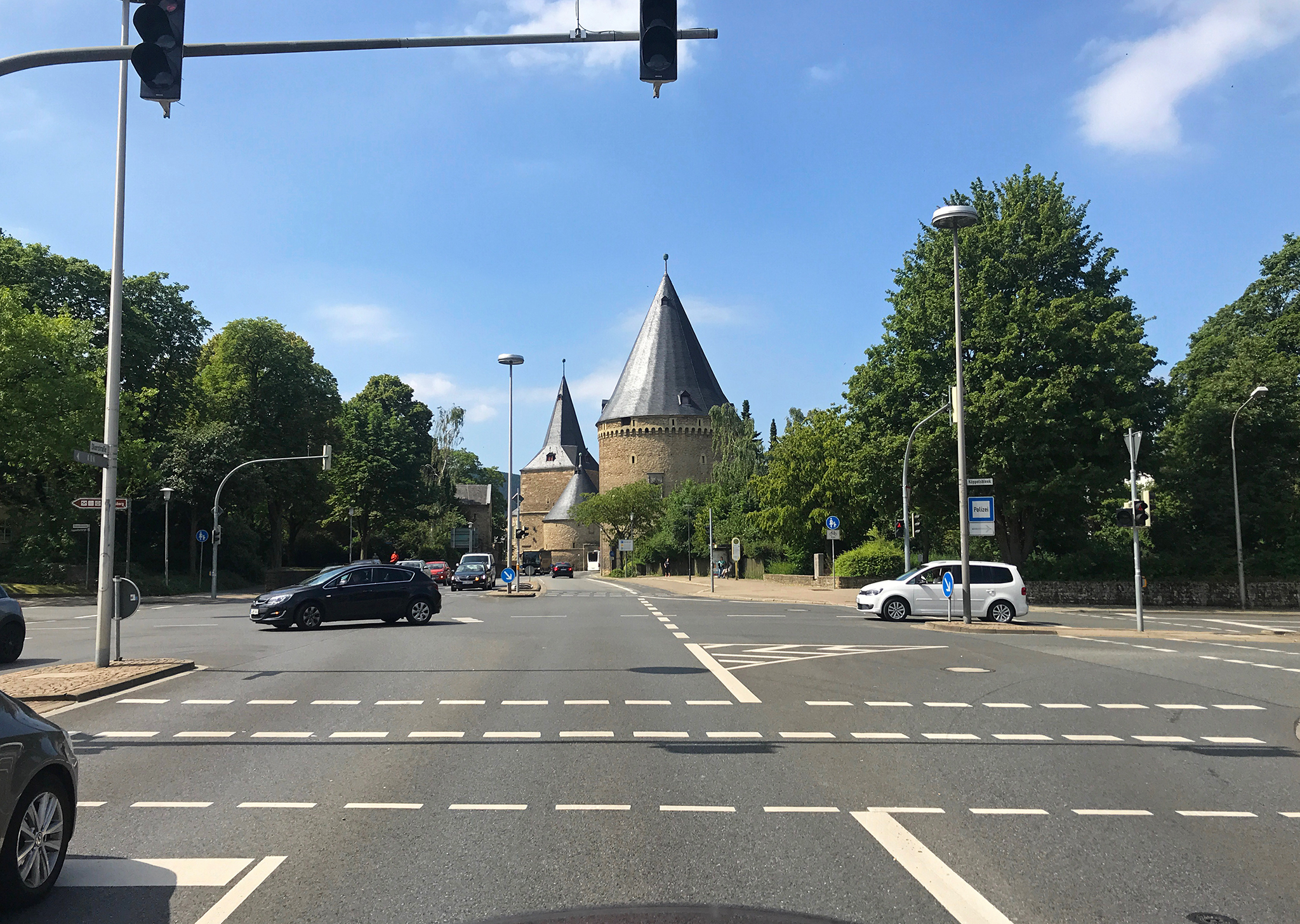 In a way, sentimentality had me choose the route. Well, partially at least. I’d been in Goslar back in the 70s. The city is famous for an annual Christmas market, or rather, markets. Because, there are two. Quite a spectacle supposedly. I’ve never been there in winter myself. 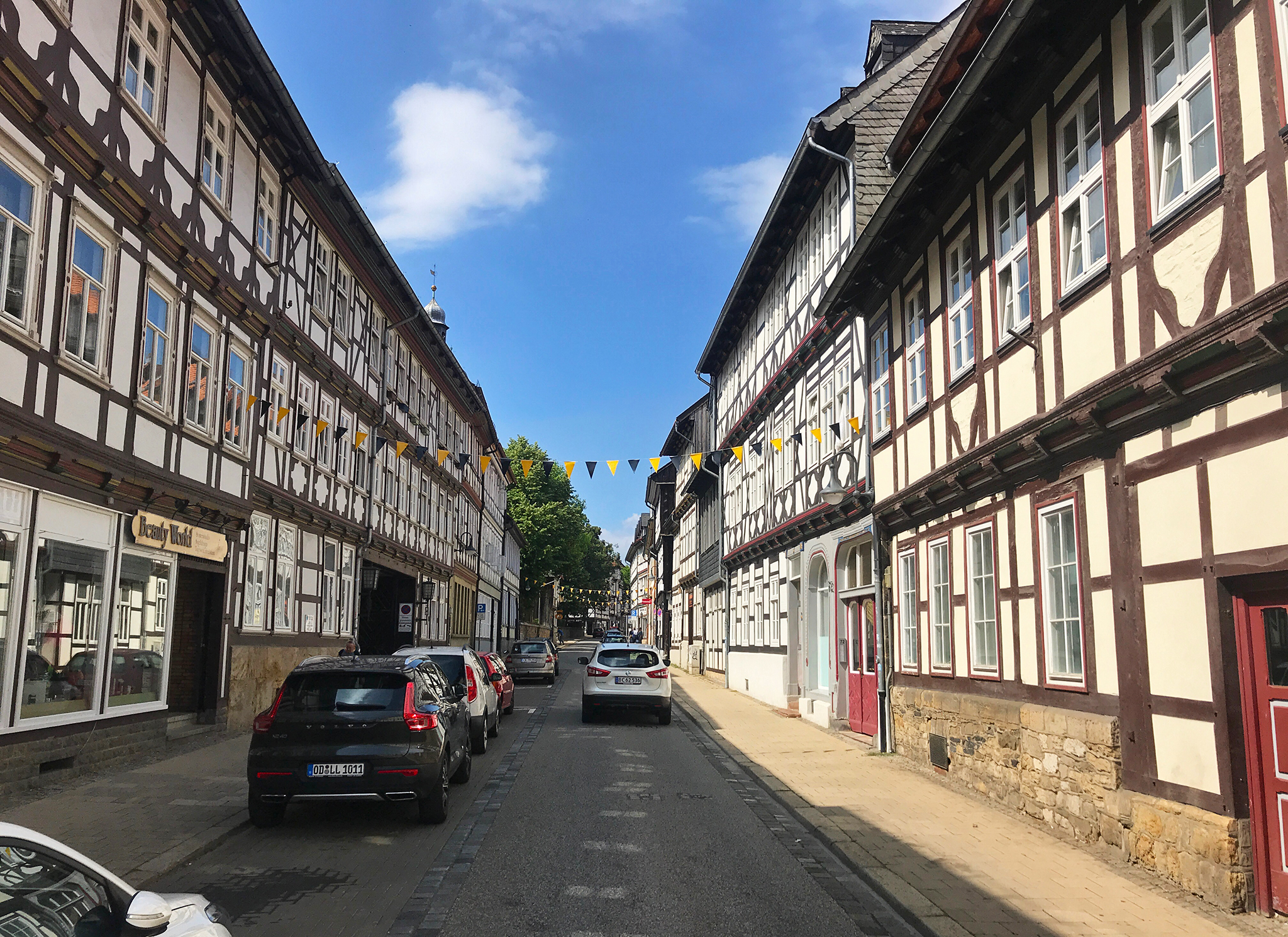 Street view in the old part of Goslar

I found a place to park in the old city, and walked to the central Market square. It’s surrounded with old, nice looking buildings. It’s the norm in Germany, they take care of their architecture, with pride. 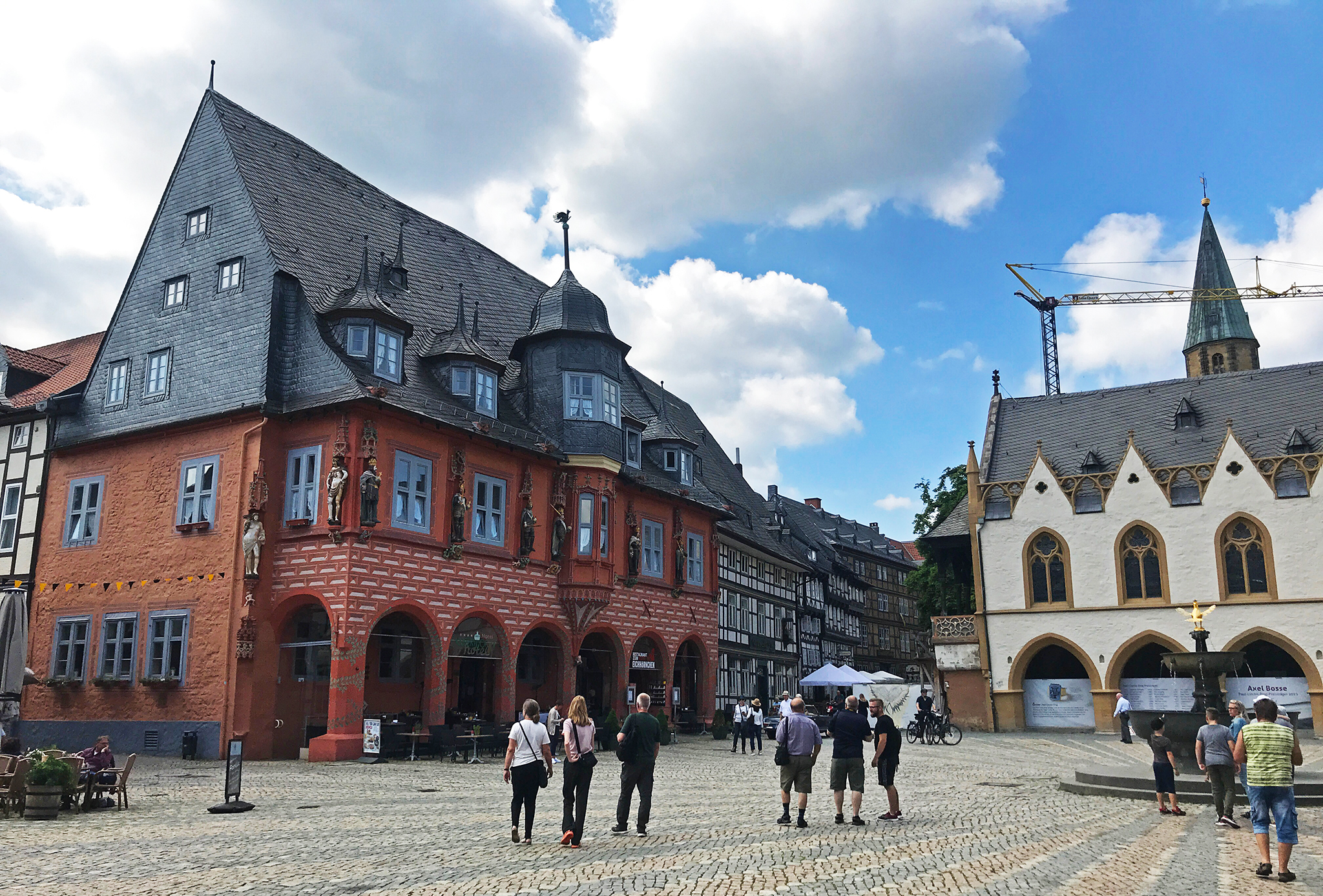 Parts of the central market square in Goslar

It was past midday, and the temperature was very much on the way up. I still had 300+ kilometers to my destination.  The next stretch wasn’t very exiting.  Rode by Brunswick, then west towards Hannover, before again north on the A7. Occasionally I took off to ride some smaller roads.

Made a quick stop in Soltau for a bite and a coffee, then continued north. Closer to Hamburg I took off north and thus avoided expected traffic jam.

It was late afternoon when I rode into Lübeck. Hadn’t made any decisions regarding where to stay for the night. Checked booking.com and found a hotel not far off, close to a main road. Since I was heading out early the next day that was perfect. 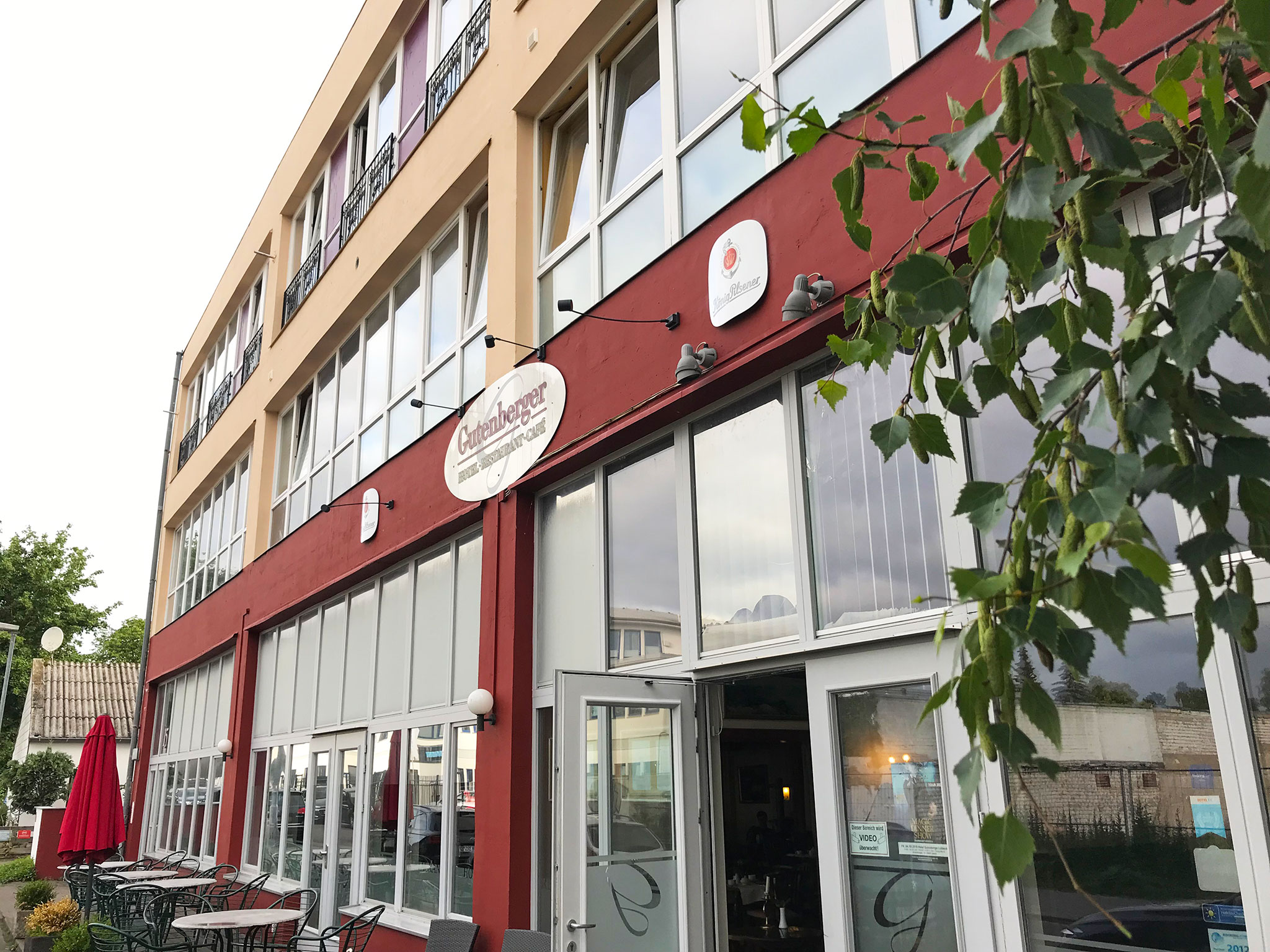 Hotel Gutenberger in Lubeck, a factory building turned into a hotel and restaurant

Hotel Gutenberger  turned out to be an interesting choice, and as much, a good choice. It’s basically a factory turned into a hotel, with large rooms and halls, maintained in a rustic, yet clean style. 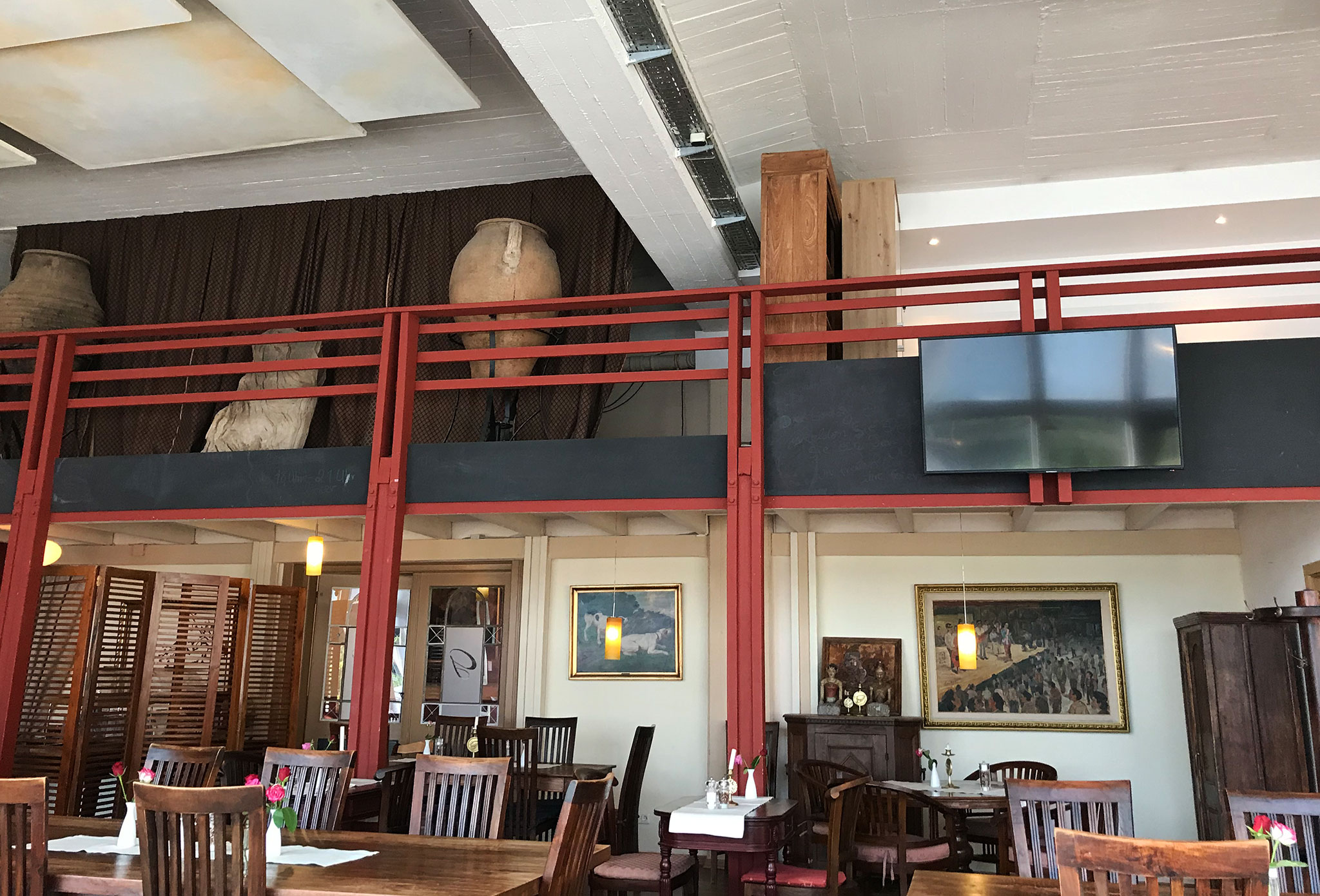 I got a bedroom on the rear side overlooking the parking lot and my motorcycle. That added an extra element of safety. The restaurant served great food as well. Here were nothing to complain about!

The next morning I got onto the A1 and rode 100+ kilometers non-stop to Fehman where the ferry is. The Puttgarden – Rødby ferry is one of two sea routes to Denmark. The other is the more eastern Warmemunde – Gedser, a good choice if you either come from the east, or plan to go more east. The crossing takes about 45 minutes with both. 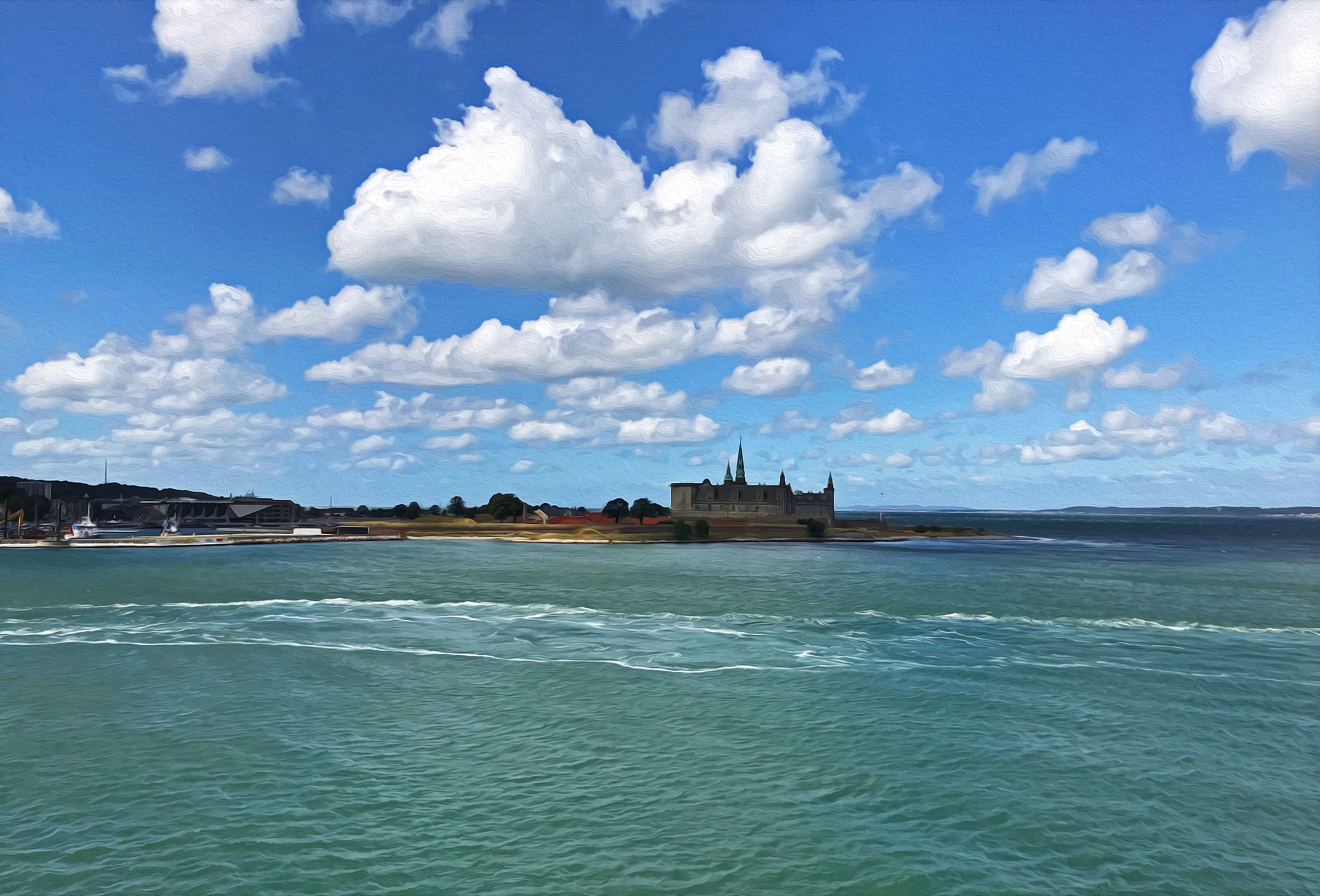 On the ferry from Helsingør to Helsingborg. Sweden in the rear

Unlike previous years I did not ride across the Øresund bridge from Denmark to Sweden. But instead, chose a route up through the country to Helsingør. From there I took the ferry over to Helsingborg in Sweden. Don’t really know why, variation I guess, didn’t save me any time, quite the contrary actually. 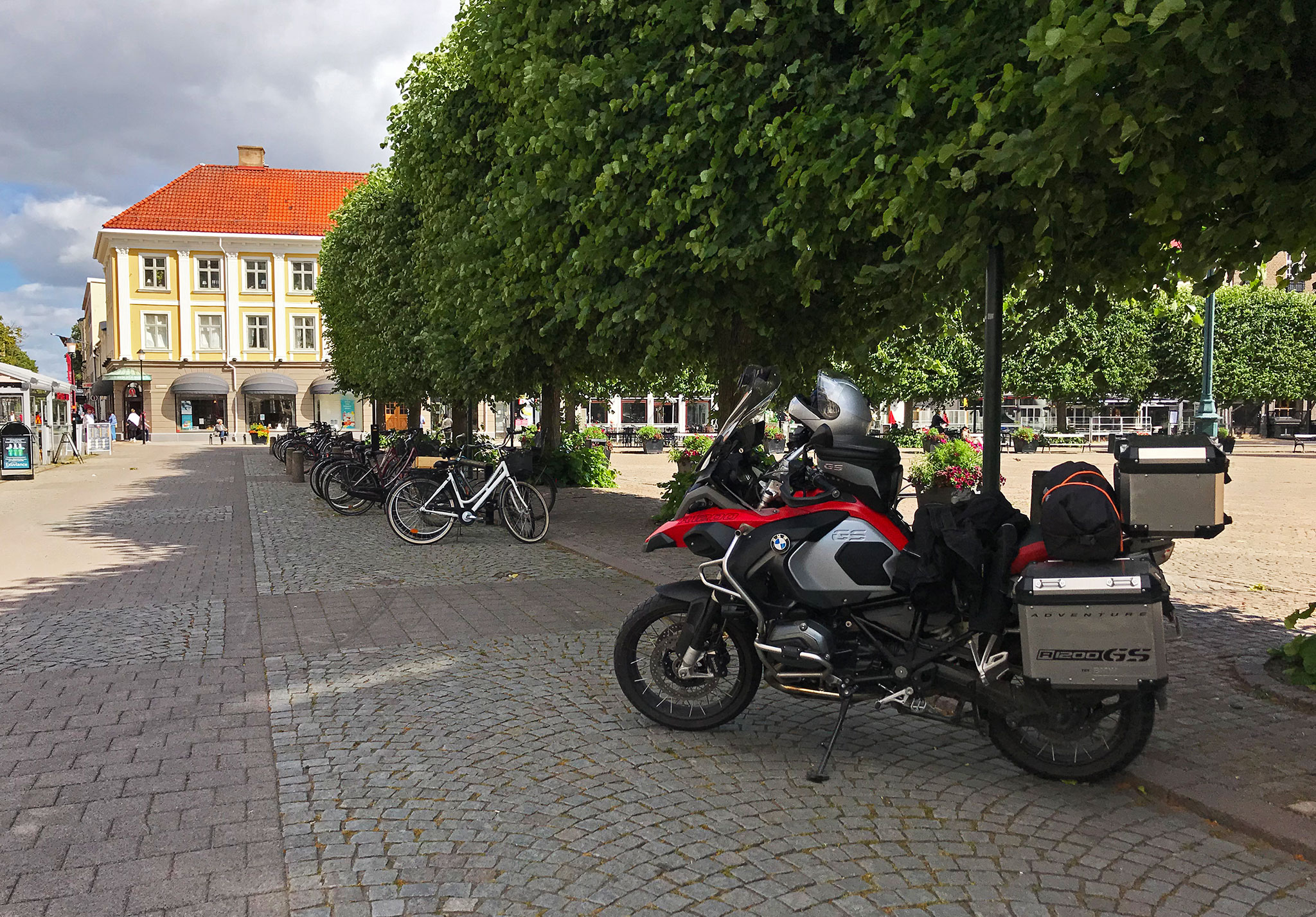 A short hour later I parked the motorcycle in the southern Swedish city of Landskrona. Where I spent the night at a friend’s place.

The morning after I left Landskrona and, unlike previous years, stayed on E6 for a long while. About 260 kilometers north, a few miles south of Kungsbacka I took off onto small roads. Gothenburg is a large city, and a traffic-wise bottleneck. Congestion in the morning, congestion in the afternoon. 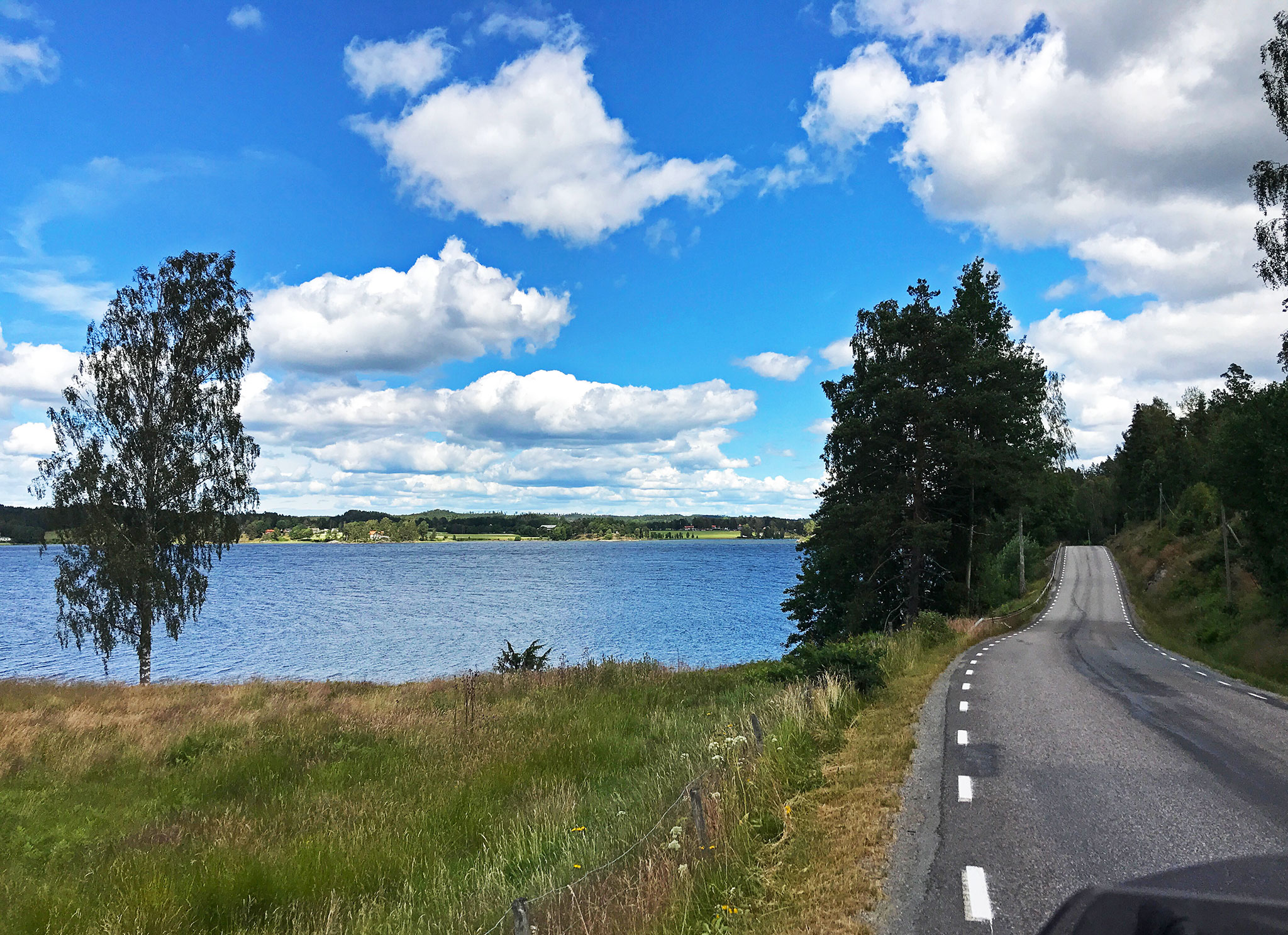 Countryside riding in Sweden, recommended if you’ve not tried it.

Choosing not to follow the E6 means putting on quite a lot of extra miles, or kilometers. But there are lots of great small roads. So I went north towards and through Alingsås, then further to Trollhättan,  the home town of the no longer existing, yet legendary SAAB cars. 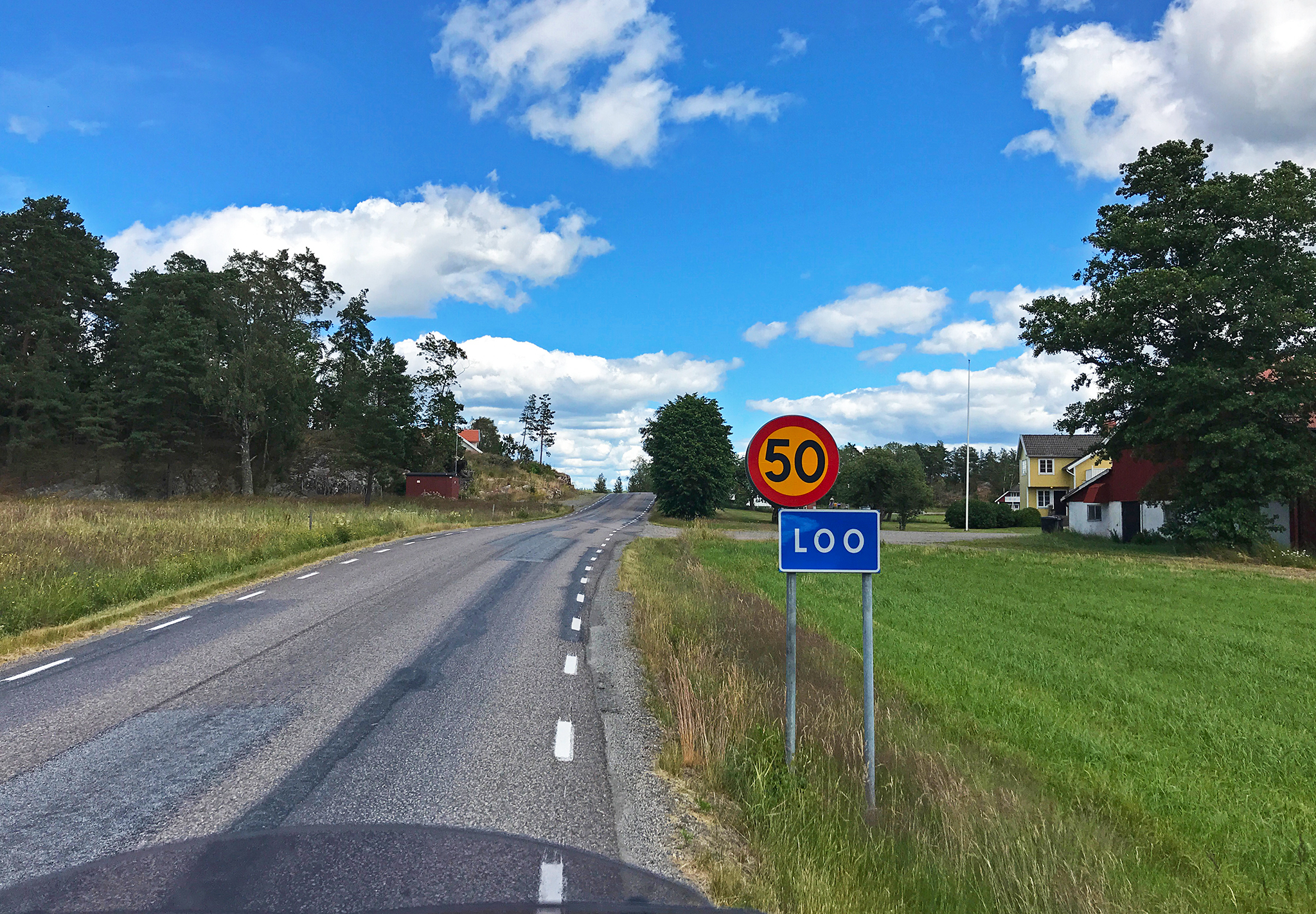 Loo, a real place in Sweden

From there  I continued to Vänersborg, which sits at the southern tip of lake Vänern, the biggest lake in Sweden and third largest lake in the EU. Continuing further north I was now pretty much riding in parallel with the E6, yet far inland.

A little later I got onto road 166 which leads to Ed, a small, insignificant town which sits at the southern tip of lake Stora Le. Here you can visit a Moose ranch. Yep, you read that right! 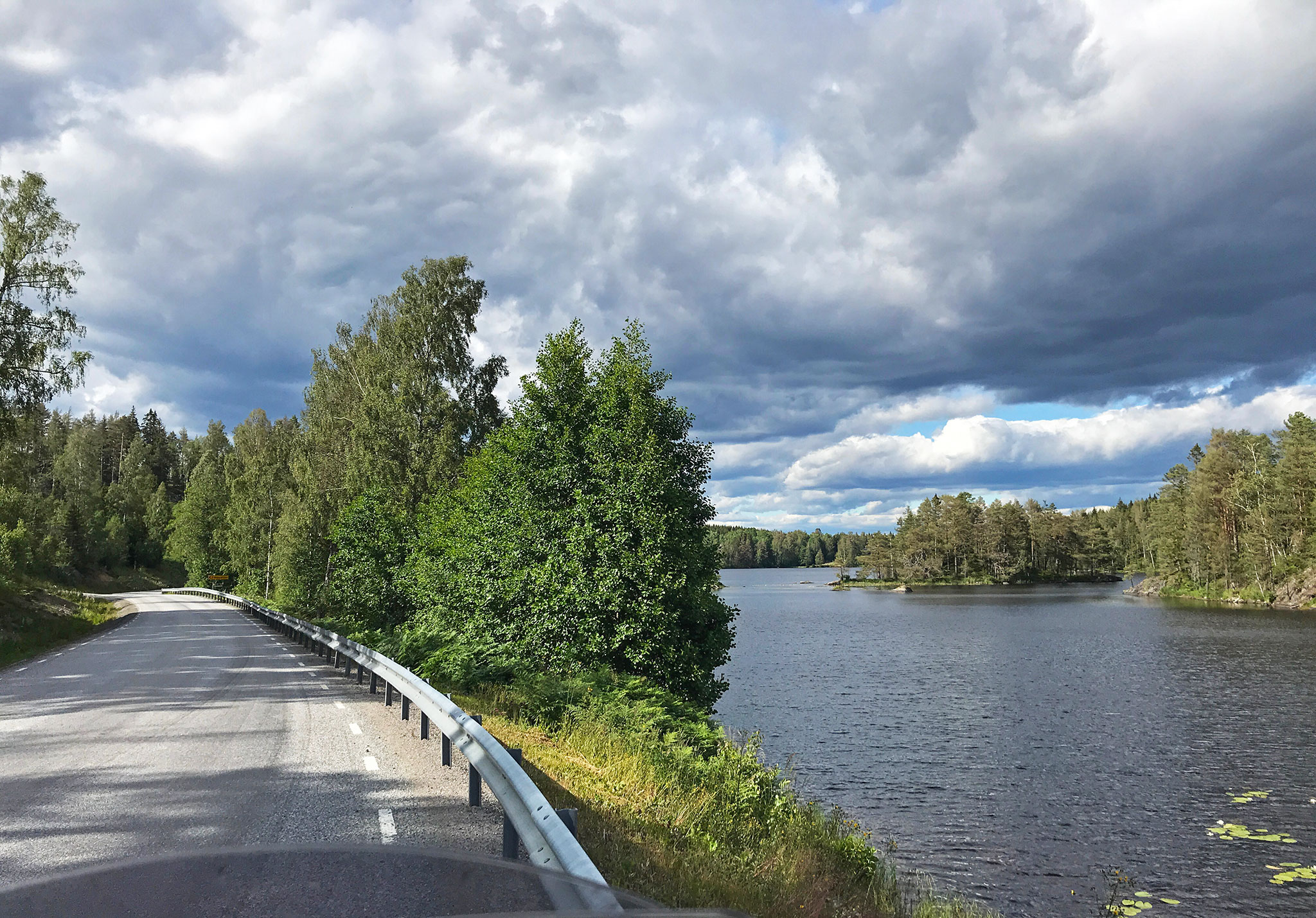 It was late afternoon when I passed through Ed, and continued up along Nössemarksvägen in Nössemark, towards the Norwegian border. This is a great back road into Norway, with lots of curves and little traffic.  A great road whether by car or with motorcycle, and a route I highly recommend.

The border crossing you is just a bridge with some blue signs informing that you are entering Norway. On the other side of the border the area is called Aremark, landscape wise pretty much the same as is Sweden, with scattered lakes, forests and nice riding roads. 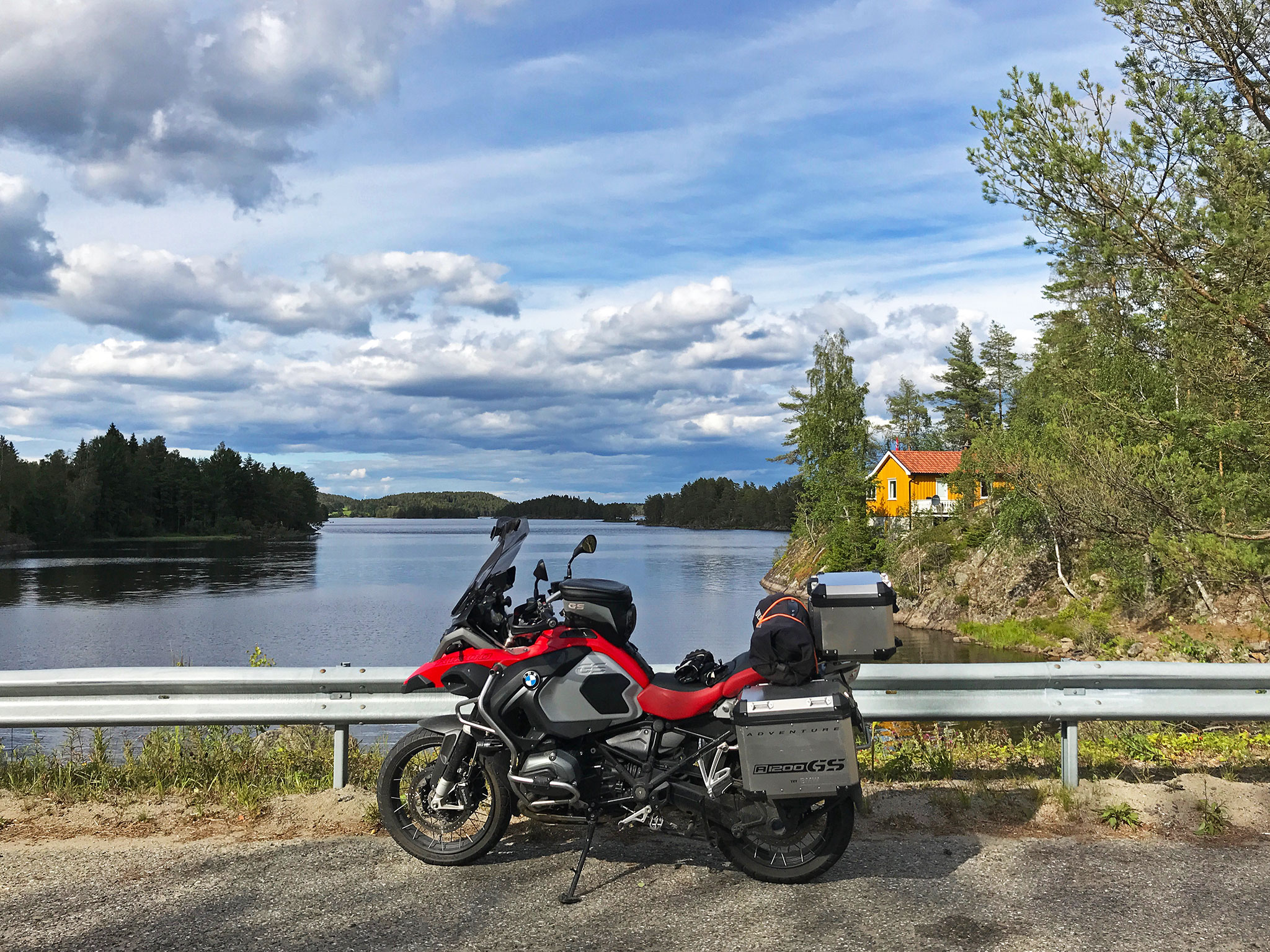 Stopped at Bøensfjorden in Aremark, Norway

Past Strømsfoss I continued north towards Askim, then onto E18 which I stayed on till I was back home.  Another great summer adventured ended early evening July 3rd. A wee under 6000 kilometers all in all so slightly shorter than previous year.

And that was the end of it. Below the main route, minus the local ones in Yorkshire an the Harz mountains of Germany. 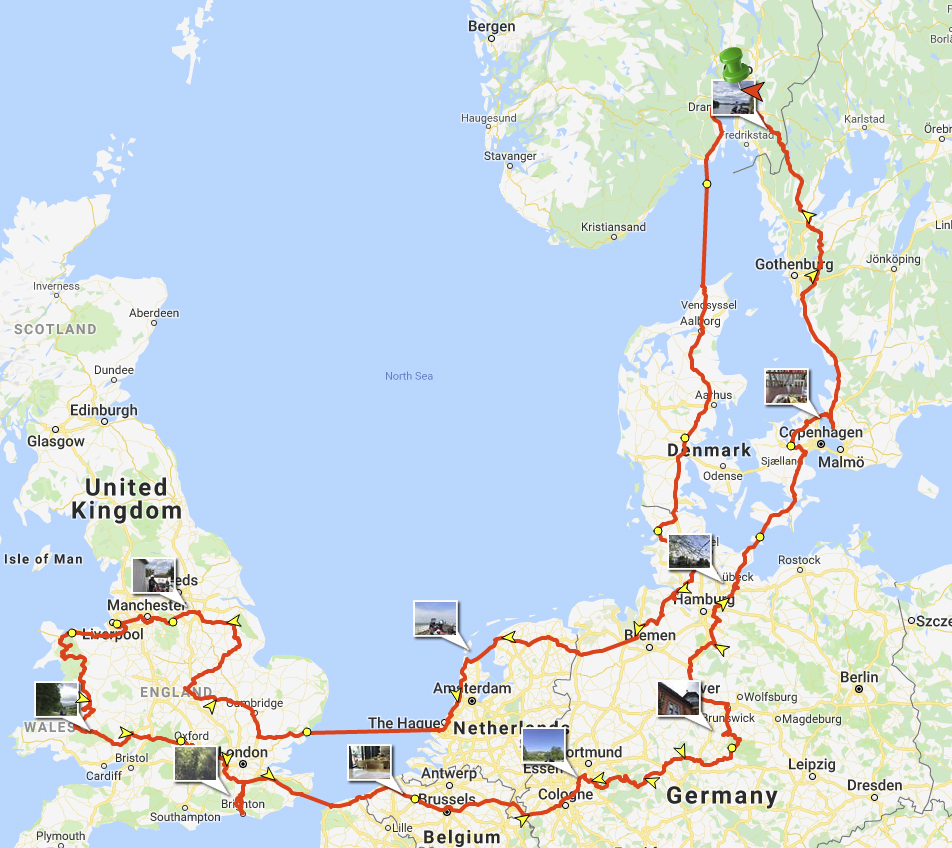 The 2019 Summer Adventure route, minus the local routes in England and Germany