Autumn have clenched its cold fist around most of Norway. Sent gusts of cold polar winds down along the coastline, across mountains and into valleys.

It’s all good, though on a personal note I have to say I hope we’re in for a short and mild winter. On the other hand I’d like at least some opportunities to ski. But that can be achieved at higher altitudes. Where there’s bound to be snow anyway, plentiful with a better, more snow crystal preserving temperature.

In the lowlands where I live it’s steadily it’s been going in the direction of snow free winters. She sort which is the norm on the southern west coast.  I don’t mind that. 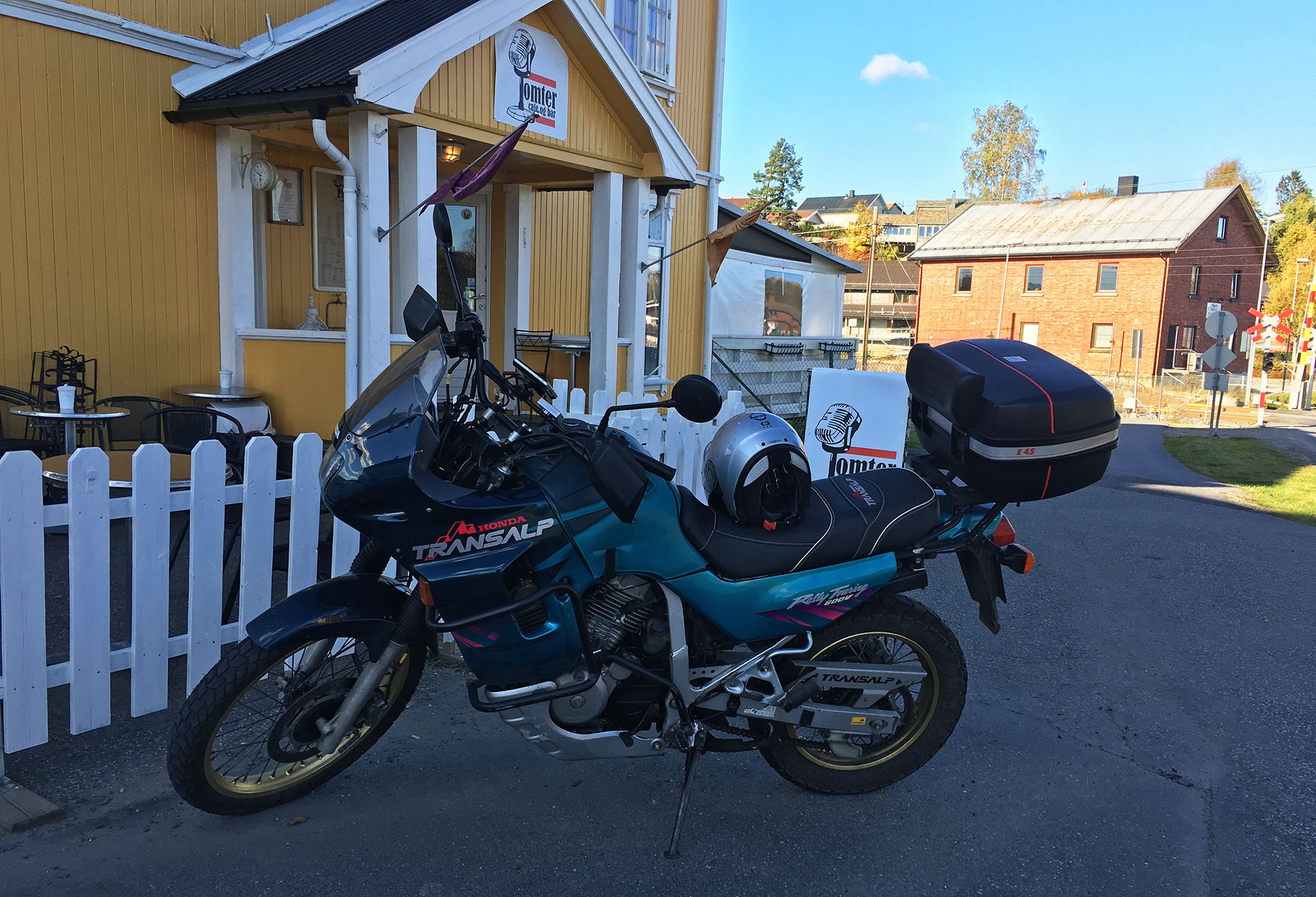 With climatic changes even the most skeptical will have to concur climatic changes are fact. What may be up for debate is to what extent we are responsible, though many don’t consider this a debate anymore.

I bought a second motorcycle to use it off (prime) season, while the big one sleeps. To commute when possible. Riding on snow or ice is not an option, but last winter many roads where bare, or in a condition that was manageable. Without too much of a risk.

But that’s all still a bit off (I hope).  I’ve got plans. Like I had plans a week ago, and those plans turned into a great experience! With that think I’ll end, and post some pics instead. Hope you enjoy them, click picture to expand 🙂