Months of waiting is soon over. Later half of February I was briefly “reunited” with my bike. I’d not seen it since I left it at my dealer late August 2018.

Since then it’s been given a complete overhaul. When I say complete, I really mean… complete. 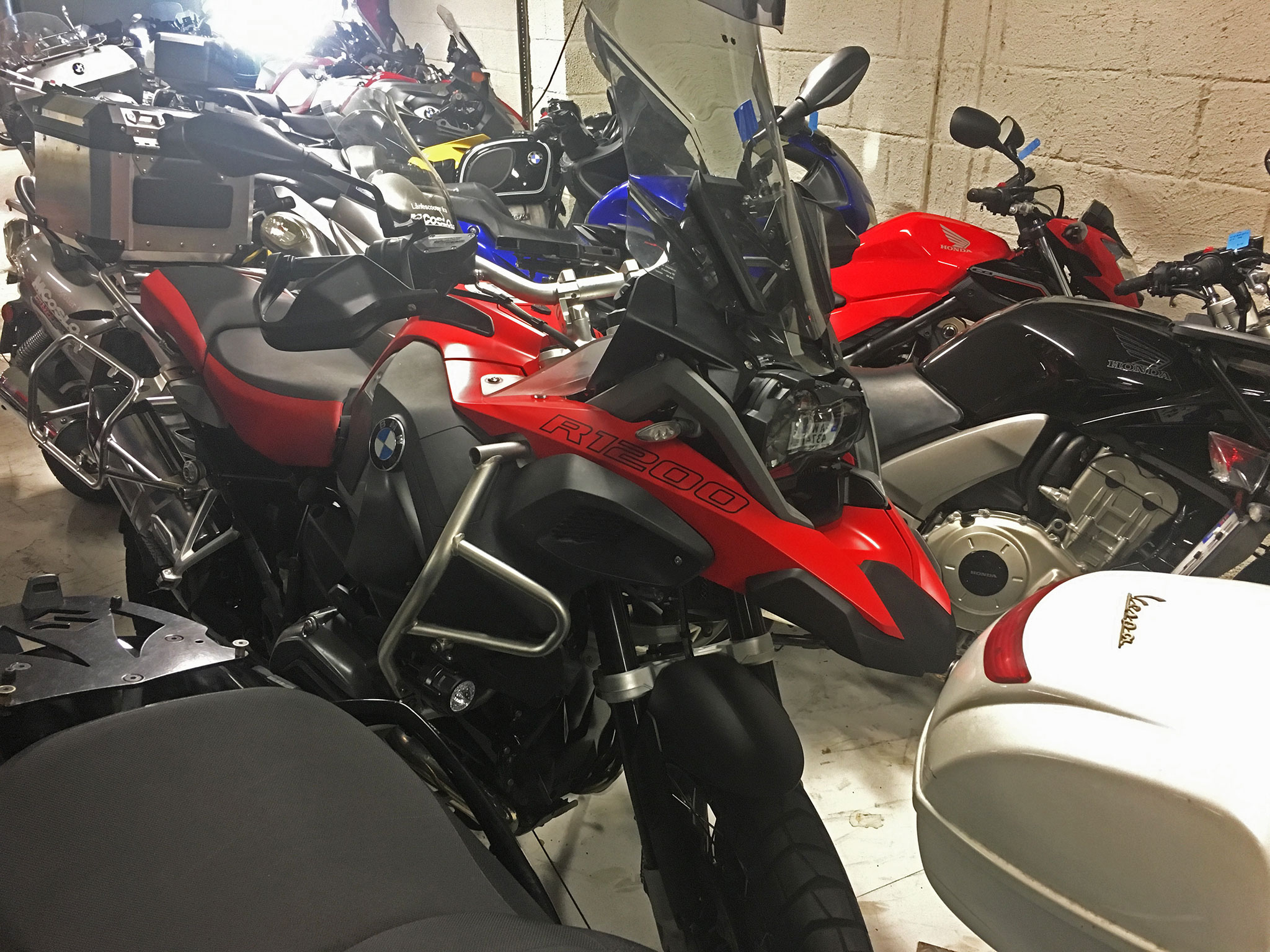 February 2019: the rebuilt R1200GS Adventure in storage at dealers

Full details you can, if you haven’t already, read in this blog post. Plus the following one.  But in short:  rear-ended a car at an intersection in Germany. It moved, then stopped. I moved AND then stopped, but was regrettably a little too slow (or too fast, all depending). 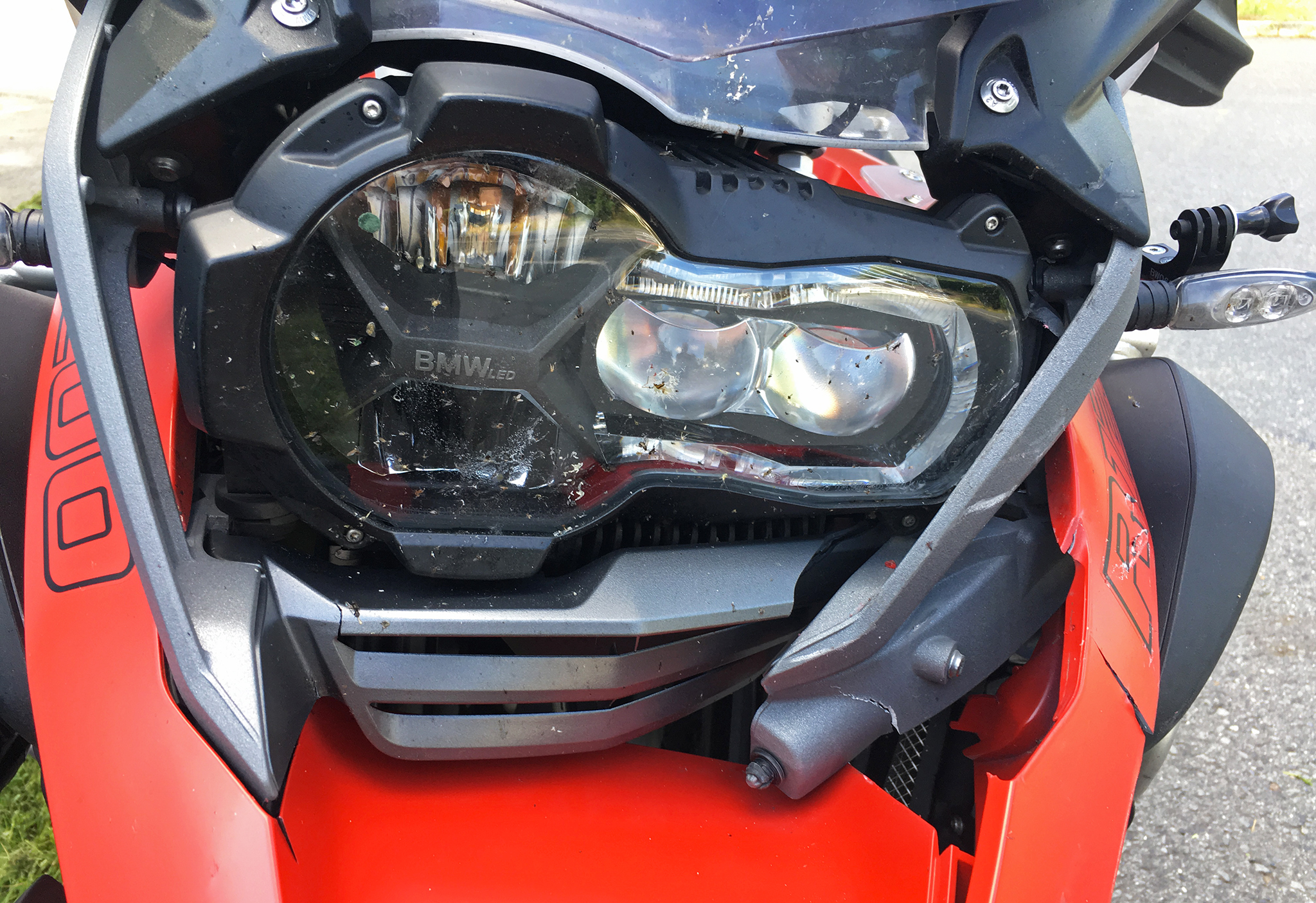 Impact shattered the front completely, and much more

The bike was patched up, the trip onward saved by BMW Motorrad Zentrum Hannover. Without their effort (for which I paid nada) it would have bee the end. 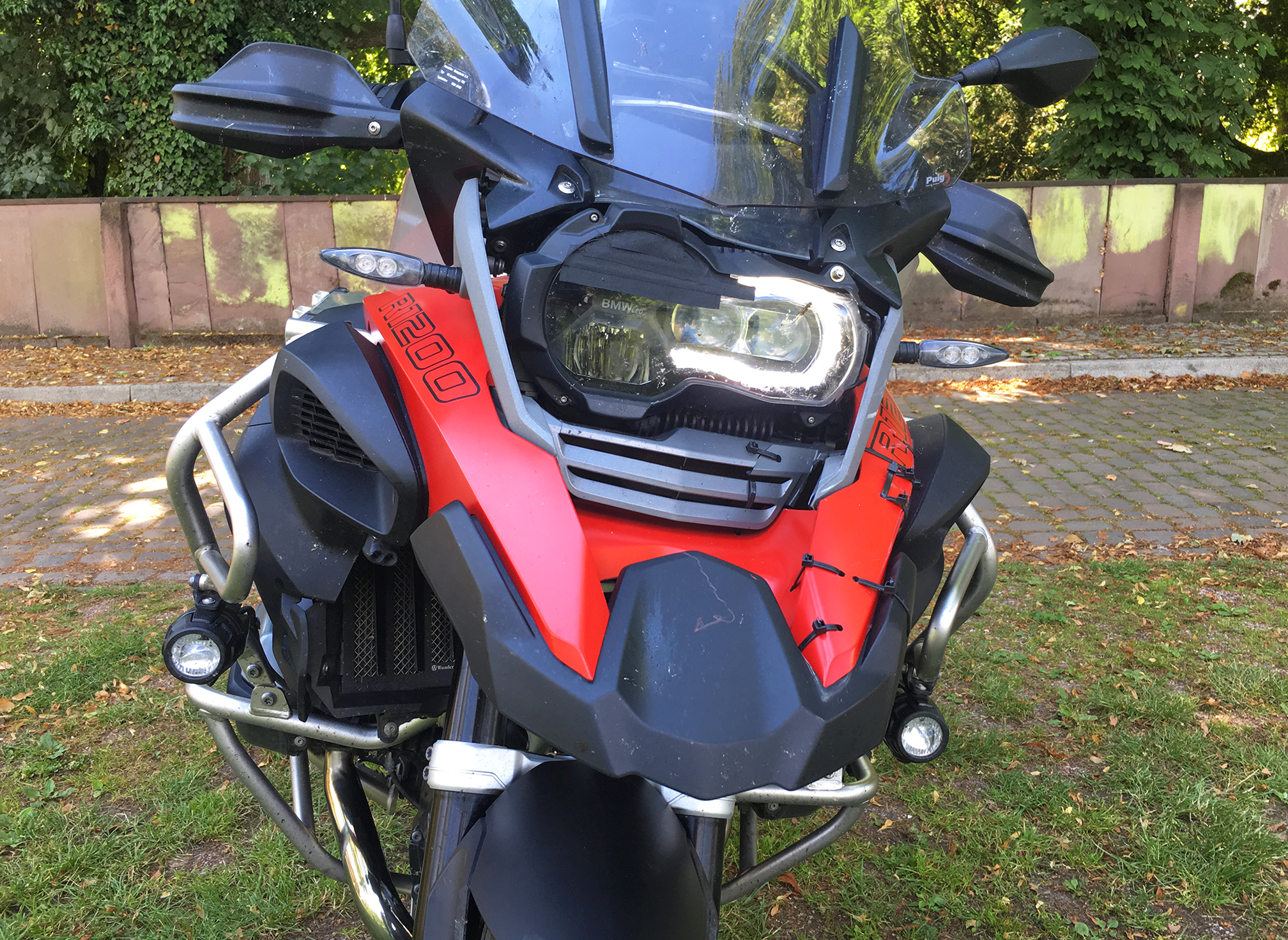 Made it back home

The rest of the adventure went without any issues or technical problems. The whole trip was around 6.350km of which 5.500 kilometers was done after the hit.

Day after the return I washed the bike. Headlight said bye, gonzo, dead. Not long after the auxiliary lights died.  Turned the bike in a couple of weeks later. There it sat till October before work was started.

The motorcycle has since been completely disassembled and put together by one of the leading experts on BMW GS(A) at my dealer (biggest BMW dealer in Norway). At first one thought it would do to just change the entire front. 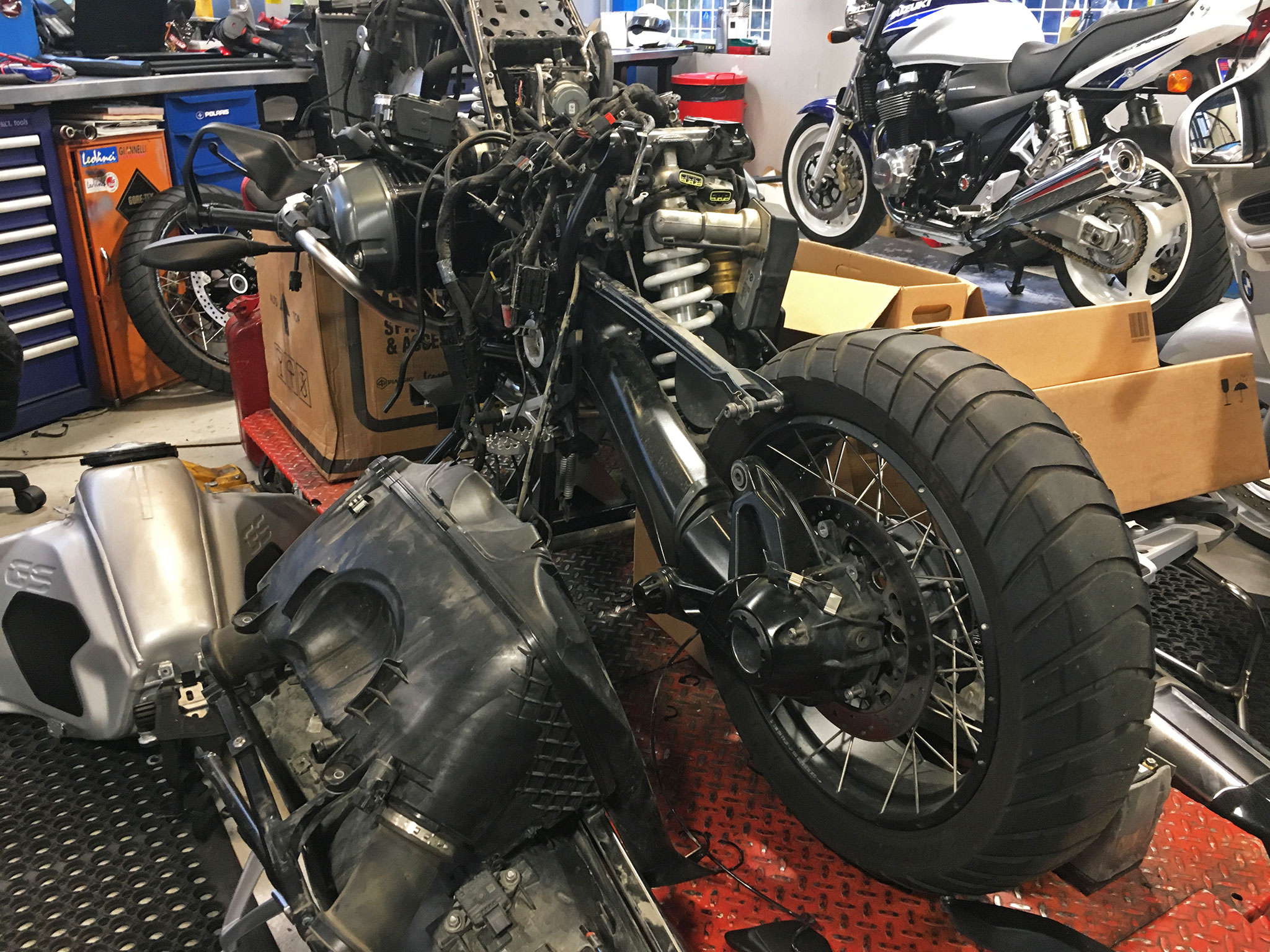 Starting rebuild one noticed things were not 100%. A new central frame was ordered from the factory.

November went while the bake was taken completely apart. Only the engine, crankshaft and rear wheel was left on the bench. As the new frame arrived a long, complex rebuild could finally begin.

Months went. One man did all the work, with deconstruction and construction. Their best guy built the motorcycle from almost scratch. Here’s the short version of what was changed: 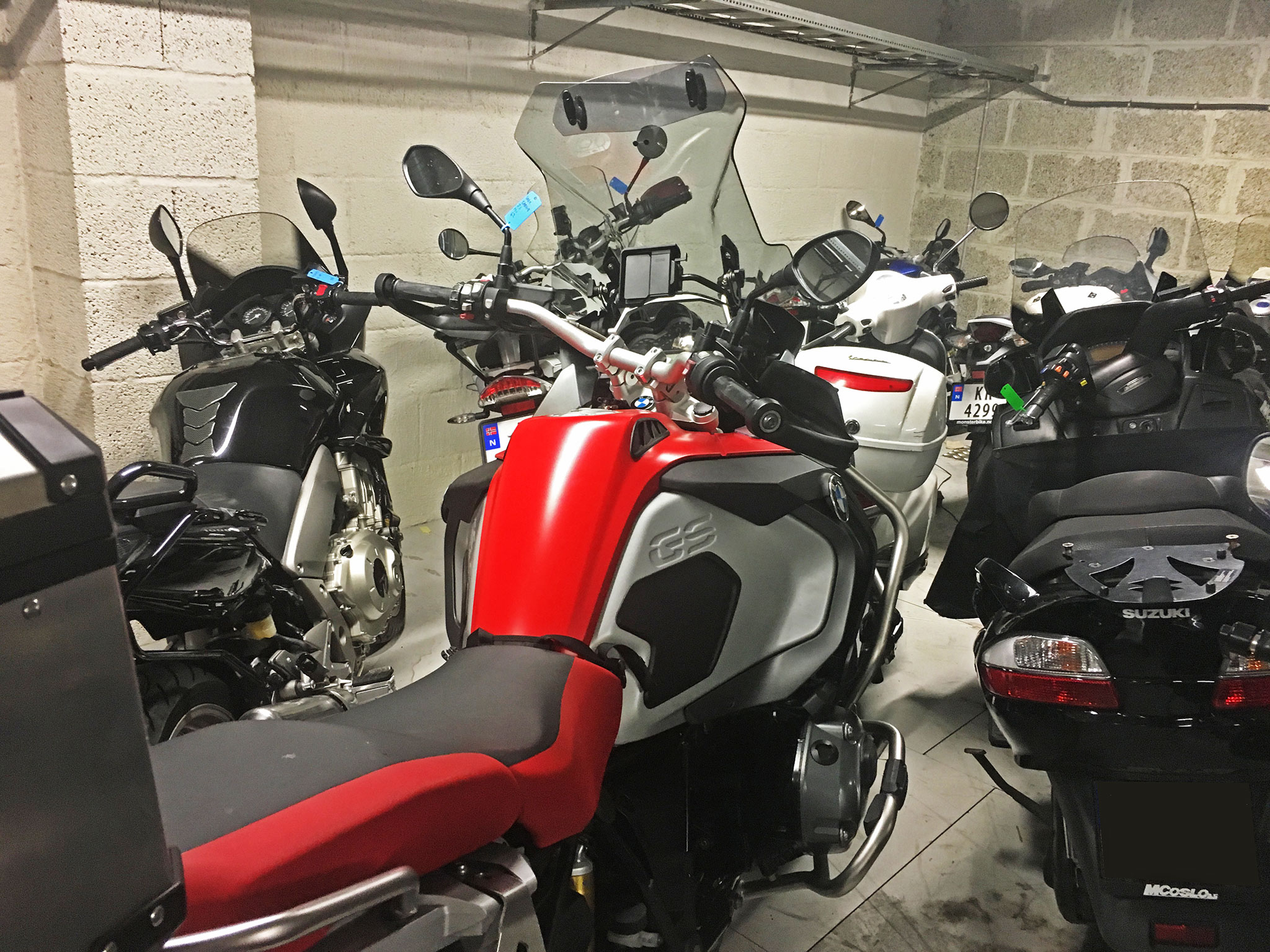 in storage, soon ready for a new season

It’s an awful lot of money gone into a rebuild. However, a similar bike with all equipment I have, would cost new somewhere in the neighborhood of EUR30k here (in Norway).

A hair under write-off

This project was a border case, but not an obvious write-off.  The motorcycle looked technically ok after it had been patched up by BMW. it passed diagnostics and test rides. No one in Hannover could see any serious damage that could compromise riding and/or safety.

The insurance company paid out ca 55-60%% of the value of a new motorcycle. I get, minus engine + crankshaft, a new bike. Everything that was, or could have been impacted have been changed. With the amount of new parts + repairs the bike gets another 2/5yrs of warranty. So it would be fair to say, it’s kinda new. 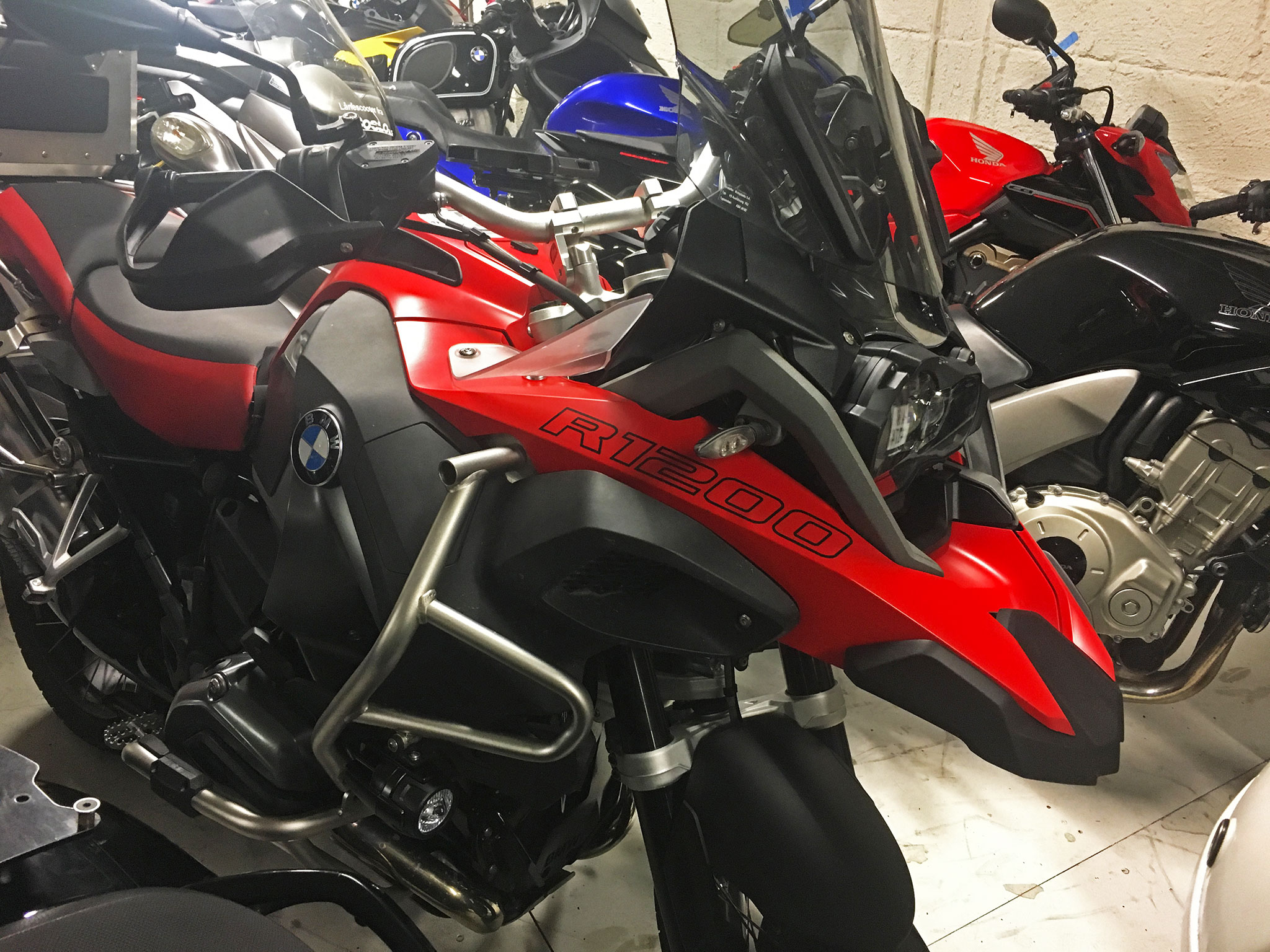 During the months of waiting I considered to swap it in for a brand new R1250GS Adventure. But later, especially after having seen it again for the first time in many months, I changed my mind.  The Red cow will accompany me on many more adventures this year.

Some of these will likely find their way into a blog post, one day.