Michelin Sirac is a great all-round tire for medium size adventure bikes. On pavement, on gravel, dirt, or offroad, it is a good choice.

Fall 2017 I bought my second motorcycle, a 1995 Honda XL600v Transalp. Decided that I needed something lighter, something for commuting and shorter expeditions. From before I’ve had good experiences with the Honda parallel twin engine. I also knew that the first Transalp had great reputation. 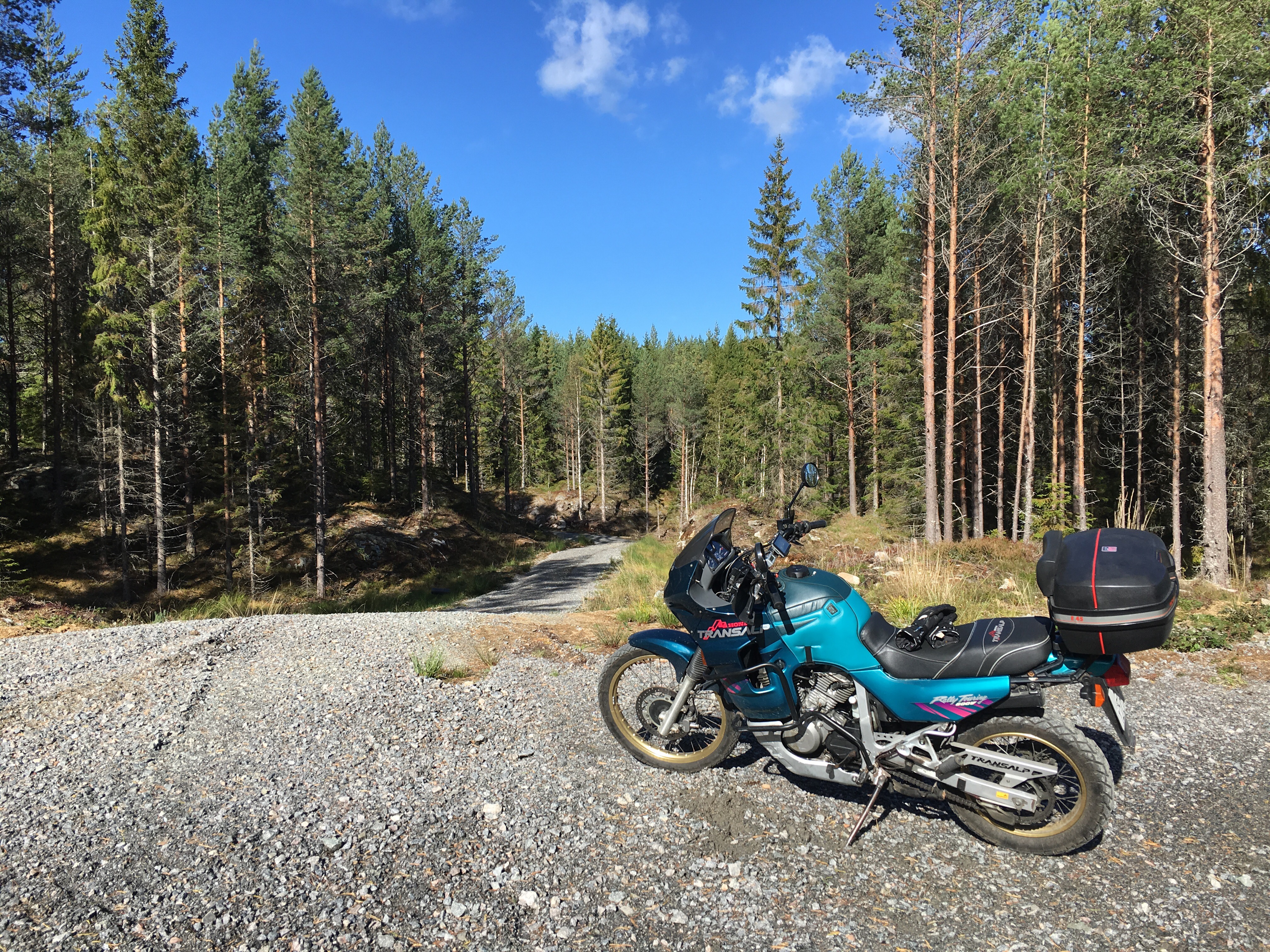 The “Alp” had Michelin Sirac mounted. They were in good shape, with plenty of miles left. I have  a BMW R1200GS Adventure, at the time fitted with Pirelli Scorpion Trail 2. So it was interesting to get new experiences in the dual sport tire segment.

It did not take long before I experienced the first moments of appreciation. On pavement you’d think, by make and thread pattern, they would generate a lot of noise. Especially the front tire but no, it doesn’t. In fact, I found the front tire almost miraculously quiet.

On the way home after purchase I rode into, and through torrential rain. Roads turned to rivers, so it became a real acid test on wet road handling. Despite horrible conditions the tires felt surprisingly grippy! 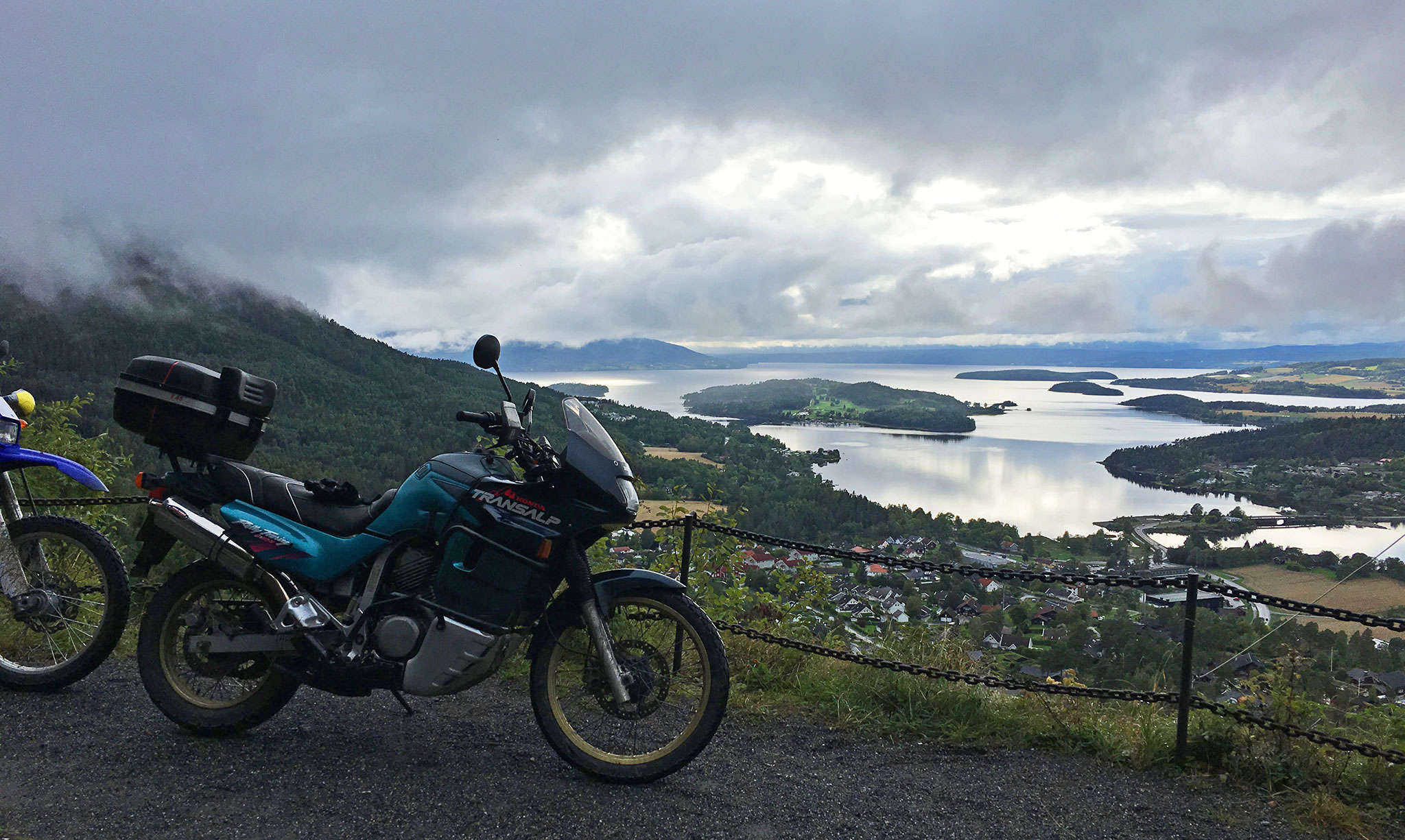 Just out of the woods after a bit of offroad riding.

I like to ride offroad and on gravel,  which is why I have two adventure oriented motorcycles.  Spring 2018 the tires on the Transalp was almost done. During summer I mostly rode on my beemer, but because of an incident in Germany the Transalp was my adventure getaway motorcycle during fall 2018.

From August till end of season I rode on the new set of Michelin Sirac tires. If the old set had impressed me, the new set impressed me more! I could simply not get over how well they performed, regardless of surface type. 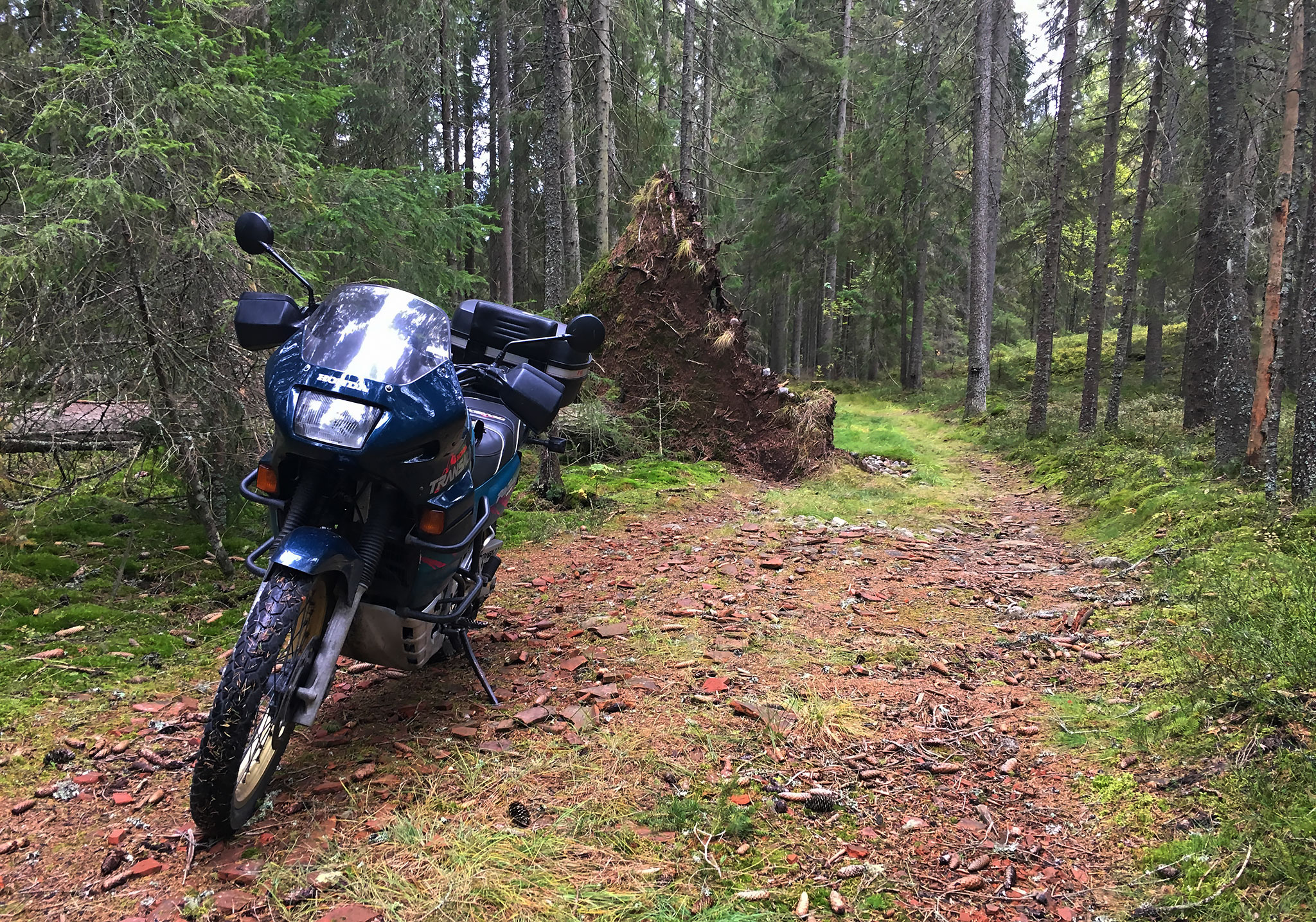 In Sweden and Norway there are thousands of miles of gravel roads. Countless variations exists, with ditto countless types of gravel.  Some of the places I go with the “Alp” I would not go with the big and heavy R1200GS Adventure. Regardless of type of “shoes” fitted.

My beemer had Metzeler Karoo Street on during the 2018 season.  You can read about the experience here. Comparing Sirac and Karoo Street isn’t easy, because I’ve not tested either on the same bike. You cannot buy Sirac for the 17″, rear 19″ front GS because they don’t produce them in those dimensions.

For all I know, the compound and composition would not work on heavy adventure motorcycles. Guess that will or may remain an unanswered question. 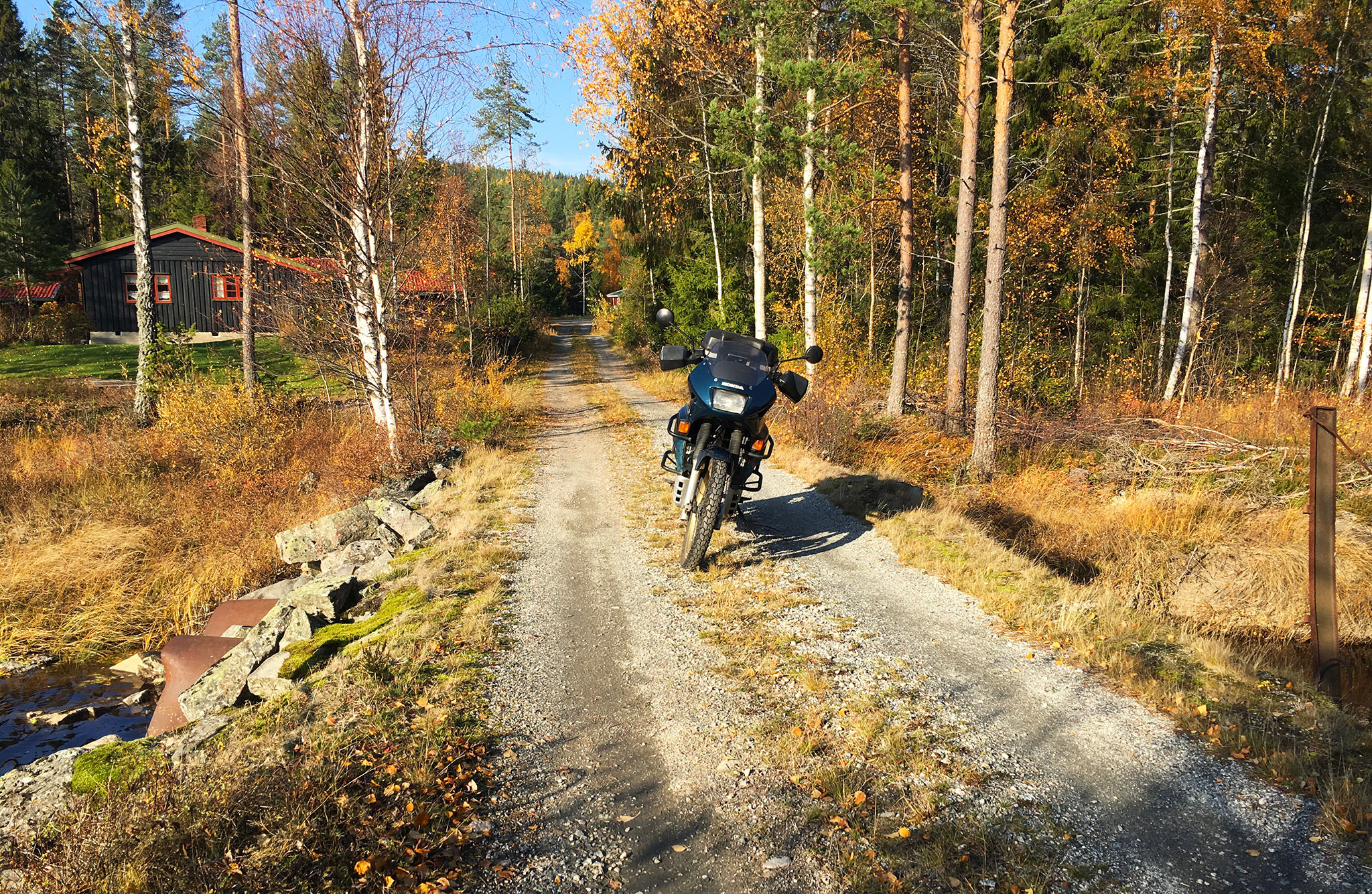 October 2018, just made it out of the woods and back on gravel

Michelin Sirac tires are a pure joy to ride with. It’s been around 10.000 kilometers or 6.213 miles this far. The grip is phenomenal, in curves you sit firmly planted almost regardless of surface.

Somewhere in the borderlands of Sweden/Norway

In deep mud or wet dirt they can of course not compare with a knobby 50/50 tire. But in all other respects, plus wear, they are for me the ultimate choice.

Any negatives? Not really no!

Ordering: I cannot speak for all countries but in Norway it took an absolute age to get them. My motorcycle workshop and dealer is one of the largest in the country.  But that did not help much. My best advice would be, check where to buy. if you order through a dealer, order in good time!

When current set is done for I might for for something else OR, order a third set. We shall see.

Thought it sensible to add a few words and some updates. The set have continued been performing very well. But high speed riding on motorways takes it toll on the rear. it has squared quite a bit, and a squared tire brings some downsides.

This is nothing uncommon to dual sport tires beaten up by pavement on freeways. I’ve seen the same thing on, for instance, Michelin Anakee 3,  but even more with  Metzeler Karoo Street.  It’s not like I feel unsafe or anything, although it’s noticeable how the rear is affected by uneven road surface, fissures, cracks and center lines.

The grip is still good, on gravel and dirt. But some longer trips on pavement in high speed definitely took its toll. As a result, the expectation regarding total mileage is somewhat reduced. 8.500 or 9000 is the most I’ll get out of the rear.

Having had two sets of these the next season I’ll try something else.   Not yet decided what that will be, but likely a rougher tire.

One thing that has been remarked by others is that the tire seems to react, or rather act, poorly on cold, wet surfaces.  What I can say for myself is that, quite naturally, if you ride on cold weather, and on cold tarmac, then almost any tire will take longer to warm up. I have the same sensation on my bigger bike as well.

I still think the main issue is a combination of a square rear tire, combined with cold and wet pavement.

I’ve now had two sets of Michelin Sirac. Been equally pleased with both but that does not mean to say there aren’t better options out there. I only know what I know. Come next season (I don’t ride my Honda XL600v Transalp in winter) new shoes will be fitted on the old gal. What kind of shoes is yet to be decided.