Metzeler Karoo 3 have been around for a long time. I’m not quite sure for how long. Took a chance, got a pair,  and was surprised!

I did some research and found reviews dating back to 2015 and older. However I am not sure the 2021 model is identical to the first ones. I would assume that Metzeler, like any other manufacturer, make changes to their products. But if a tire has been produced for 7-8 years, or even longer, you’d expect they got something right.

The tire looks like a rugged version of a tire I’ve had before, Karoo Street. Latter is a 70/30 or 80/20 version. More on Karoo Street you can find here. It’s rather clear where Metzeler got the idea for Karoo Street from. Much the same design and thread pattern. 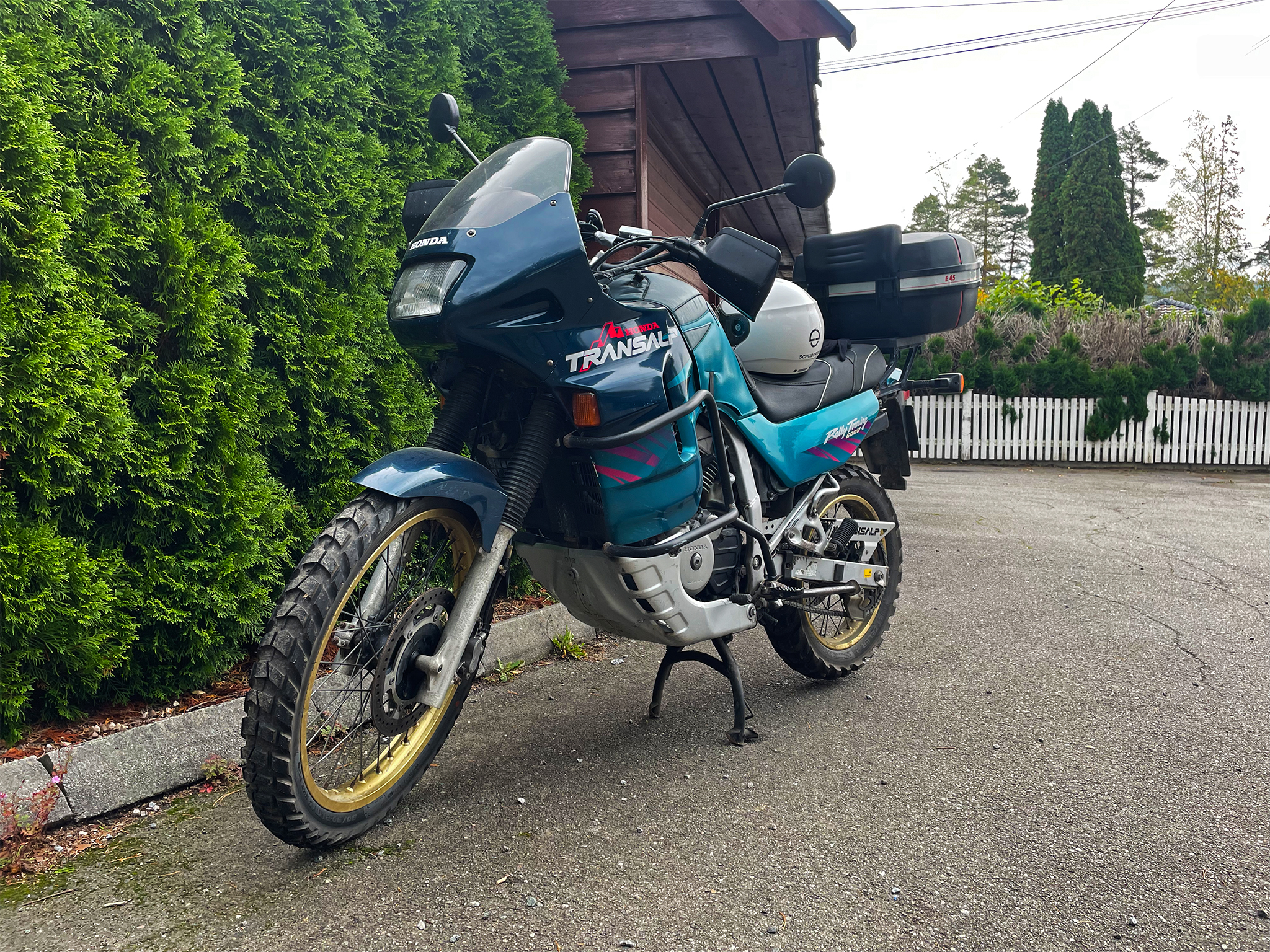 Won’t pretend to have planned for Metzeler Karoo 3. I needed a new set of tires for my 1994 Honda XL600v Transalp. Karoo 3 was the only dual sport tire they had in stock at my local Honda dealer, in the right dimensions. The alternative was to wait for days. Availability and a quick change made the decision easy.

Sometimes one needs to take chances, to gain new experiences. Learn new things. I did the same for my KTM 1290 Super Adventure S. Took a chance and bought something I probably never would have picked if I could choose. You can read about that here.

Metzeler Karoo 3 is classified as a 50/50 tire. I don’t know if that’s correct. it is of less significance.  Or less than how you feel about them, what kind of feedback they give you.

Riding off from my dealer I could instantly feel the roughness of the thread pattern. In slow speed they produce a “Flintstone effect”. Bumpy, not very comfy. But as you pick up speed, that goes away. As I sped up I thought to myself, wow, what a transformation! In excess of 50-60km/h they feel just like a 80/20 tire. 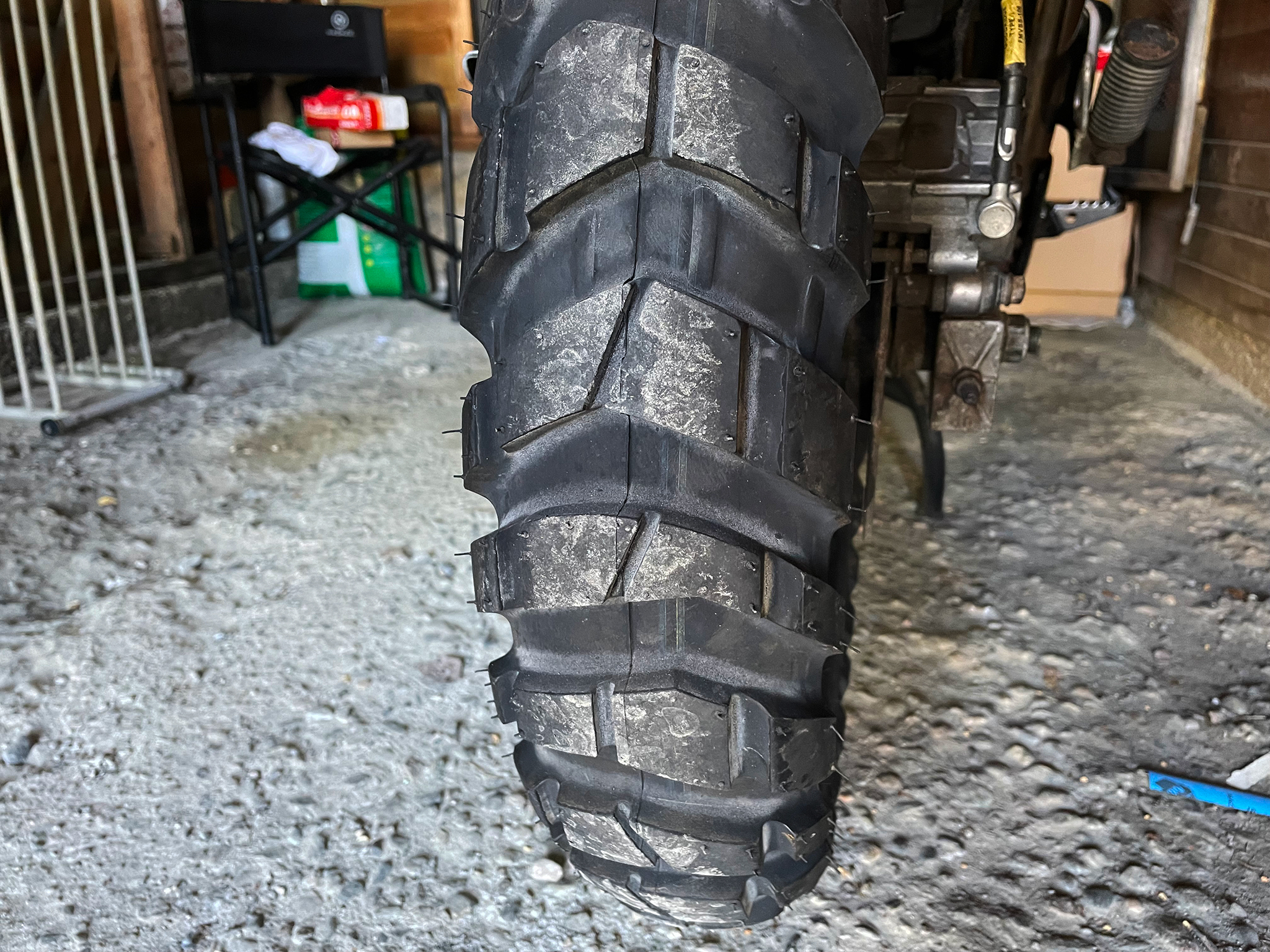 The rear Karoo 3 looks “kinda” offroad’ish to say the least.

During the following week Karoo 3 continued to surprise me. Dry or wet, rough or smooth, the tires handles surprisingly well on pavement. The big blocks have grooves to help channel water away. This clearly contributes to stability on the wet. And the Transalp feels very stable with these tires,  regardless of conditions.

As for noise, they are surprisingly quiet on my medium size adventure oriented motorcycle. But I always ride with custom molded earplugs. I do however suspect that noise and noise level would be an entirely different story on a heavy motorcycle, like a BMW1250, KTM1290 Super Adventure, or similar . So my impressions relates to a medium sized adventure bike. Like the 187kg dry weight Honda XL600v.

Metzeler Karoo 3 sticks like glue to paved surfaces, And also handle cornering very well. In fact, that’s also another thing that surprises me. Very confidence inspiring. Run in that continued to be the case. And they’ve since improved handling-wise.

Impressions on gravel and dirt

I’ve spent a lot of time on my big motorcycle this year.  For that reason there’s not been any time for longer expeditions. But I’ve ridden quite a bit on gravel, of all kinds, plus dirt. Plenty of such roads around where I live.

The “Alp” with Metzeler Karoo 3 on gravel

For hard packed gravel and dirt roads I think they work very well. I do however wonder if Michelin Sirac is a another good option for these types of roads. But riding on looser surfaces Michelin Karoo 3 really excels. There’s traction and bite unlike with the previous set, Michelin Sirac.

As a result I can safely say, for this type and size of motorcycle, Metzeler Karoo 3 won’t disappoint. Speed riding on loose gravel or dirt is almost hysterical.

I can’t say anything about mileage, wear and tear. After around 1000 kilometers they don’t look suspiciously worn. I’ve heard others say they wear fast, on large Adventure motorcycles that is. I think it depends on many factors. Not the least usage and speed. I am sure weight also matters.

Karoo 3 has a much softer compound than my TKC70. Or Michelin Sirac. It feels like they warm up faster. Softness is a safety feature, especially on cold road surfaces. 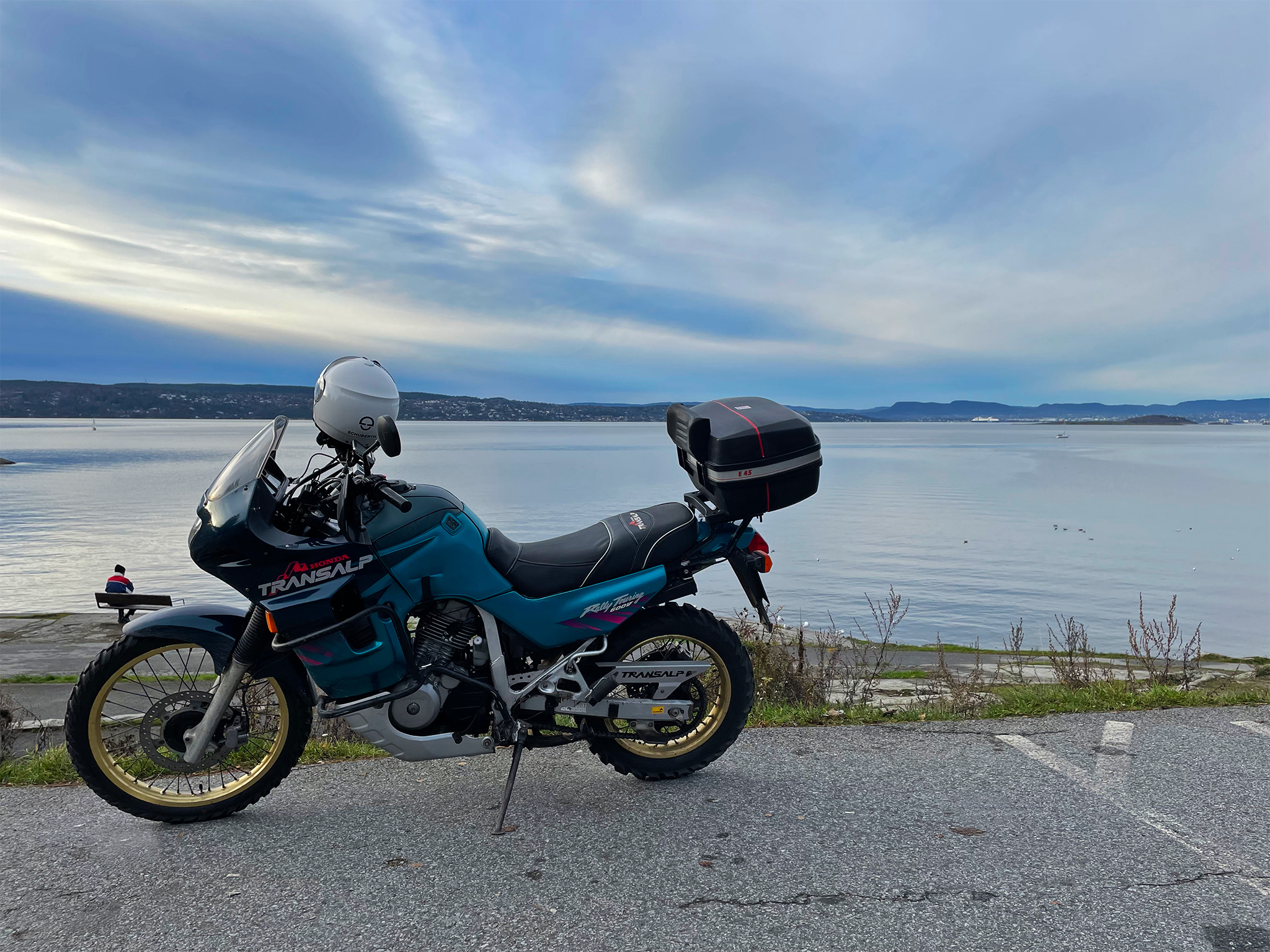 If you ride up north, this is important. Because, especially in spring and fall, road surfaces are cold. Safety, traction and bite trumps everything, also mileage. I don’t know how much more riding I’ll do this year. It all depends, on weather, and climate.

I am definitely happy with the choice, this far.

Update – at the end of the season

It’s late November. The regional temperature has settled around or below freezing. Since I am no winter rider, and don’t plan to ride on snow, the bike has been tucked into the garage. Ready to be mobilized, if conditions should permit it.

Some of the last things I did was to ride a bit on wet, muddy roads. Quite as expected, Metzeler Karoo 3 did very well. The grip was great, and stability as good as one could expect. Now I’ll be honest and say that riding on soft, spongy, muddy small roads isn’t my favorite past time activity. Had expected to be riding on gravel, but the gravel was all gone.

So there I was, paddling along. What that told me is that Karoo 3 works very well on such roads. Conditions where the thread pattern definitely proves its worth. Maybe more so, than on gravel roads. Which effectively means that this tire might have more to offer than I will ever need.

So there we are. A good match for a medium sized, or perhaps smaller motorcycle. I won’t be putting a Karoo 3 pair on my KTM 1290 Super Adventure S though.