Mentioned in the previous post, getting back on a motorcycle last year (2015) was the first time in approx 32,5 years. Doing so I had a dream, a plan, a desire. Well actually many desires but to be able to go on vacation MC style, and ride far down into Europe, was one of them.

Originally I’d planned to do the trip with my previous bike, a BMW1150 RT 2003 model. But as spring turned into early summer, while putting more miles on and have quite a few longer rides with it, decided it lacked important functions for a really long trip. Like more grunt, more luggage space, cruise control, better handling and suspension, and an alarm.

One Saturday in June it was as the previous blog reflects, fixed. Traded in the old and got the new new companion, a 2010 R1200RT. On a whim actually.  With that upgrade, finally ready for an adventure!

I already knew the R1200RT was good for long hauls, freeways or motorways. The trip from Oslo to southern part of Sweden was easy. Just put on the cruise control, some hours later …. in Skåne. It’s a boring stretch, unless you detour into the country, a stretch many riders avoid by taking a ferry over to Denmark. This of course takes longer time.

I was going to visit a friend in Southern Sweden, 5,5-6 hrs later first leg done. Pretty boring but time to get used to the new bike on a longer stretch of a motorway. The BMW RT is very comfy, riding on longer hauls is rather effortless.

One thing though, if you’re like me a taller guy the standard screen will cause issues with turbulence. My solution to the problem this far has been a combination of three factors, Alpine Motosafe earplugs, Schuberth C3Pro helmet (one of the quietest made) and a Screen spoiler from Wunderlich.

I call it a 75-80% solution, which means I won’t stop looking for improvements. More on that later.

Anhows, I hang about in southern Sweden for a few days, got to see quite a bit of nature, culture, took some pics, had some good rides with my friend. A promising start to the not-so-well planned MC vacation. Beyond the first leg I’d made no plans at all! 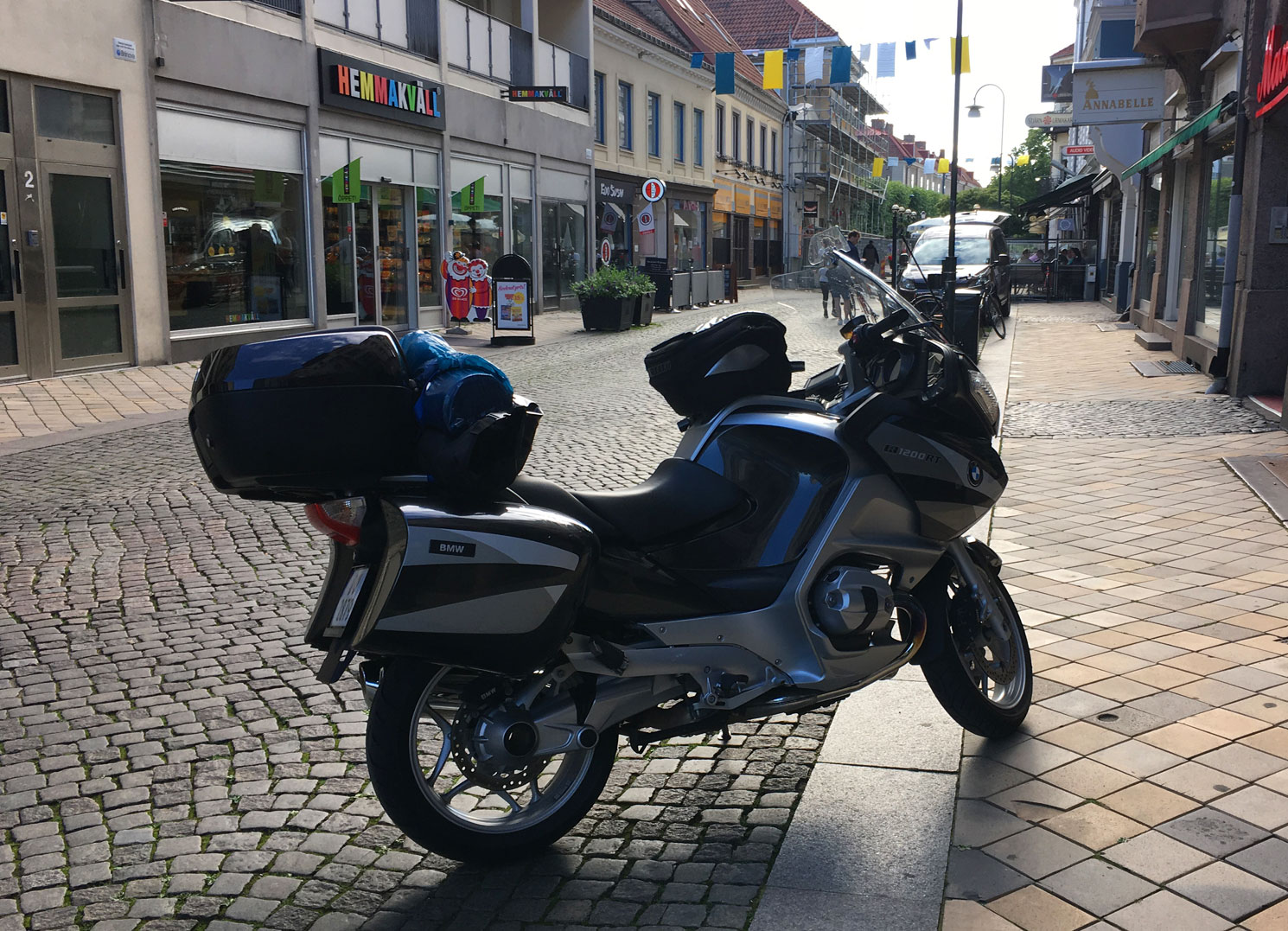 Down by the quay in the city one late night 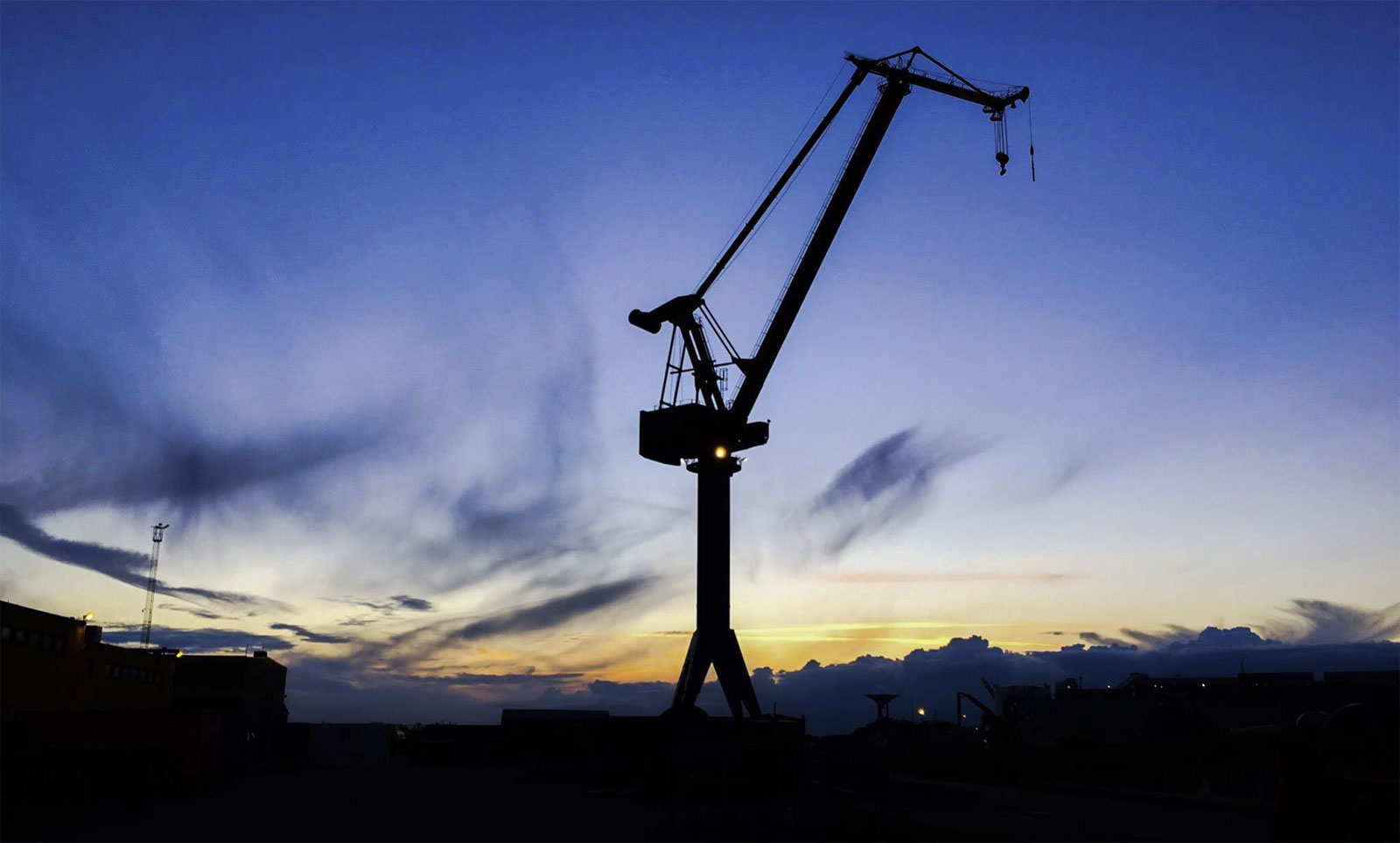 Down by the quay in Landskrona

We had a couple of good rides – my friend is a HD guy, pretty different bike styles A few days later, having been about in town and region, it was time to hop on again for the onward journey.

This turned out to be a relatively short leg. About 4hrs ride and some 400 kilometers done. There were several reasons, had a late start, wanted to check out Schleswig Holstein region and, last but not least, it was vacation so why the rush?

Originally I’d thought about taking a detour in Denmark. Lots of great roads for riding there. But the weather was not on my side, wet, cold and very windy so decided to drop it. Riding through was a chilly experience to say the least, with lots of wind that put turbulence reduction means on a serious test.

The combo worked ok, but it’s still not optimal. When you get gusts and strong side winds, amplified but air currents caused by trucks and trailers, it can be pretty intense. But the bike handles very well under such conditions.

In the afternoon I made it to Flensburg, a city with history dating back at least to the middle ages. My MC GPS suggested a hotel downtown so stayed there overnight and got a chance to take a look around, eat some good food and have a few pints of great local beers.

Downtown, by the quay of Flensburg 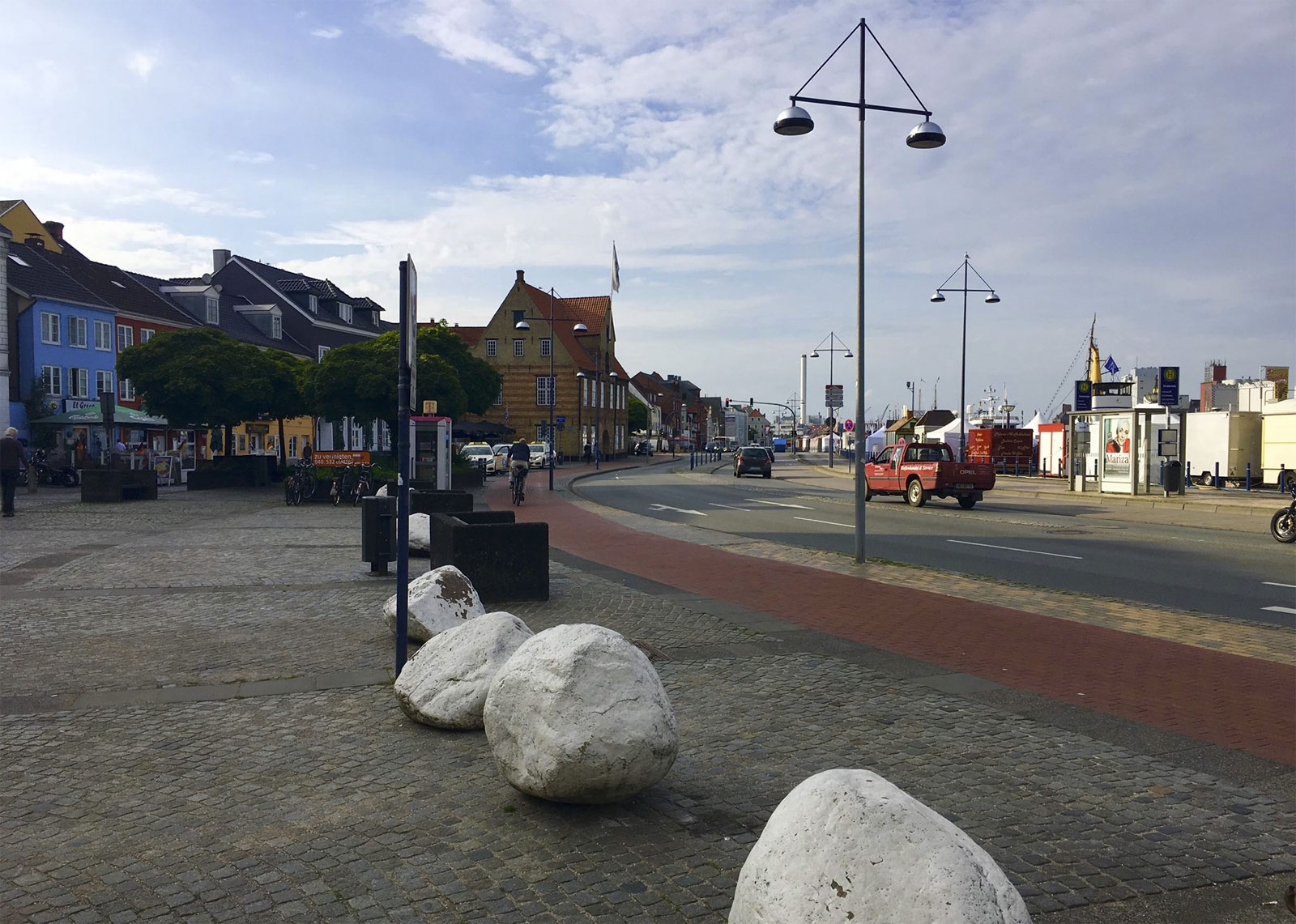 Lots of old buildings about in the city, nice “skyline” 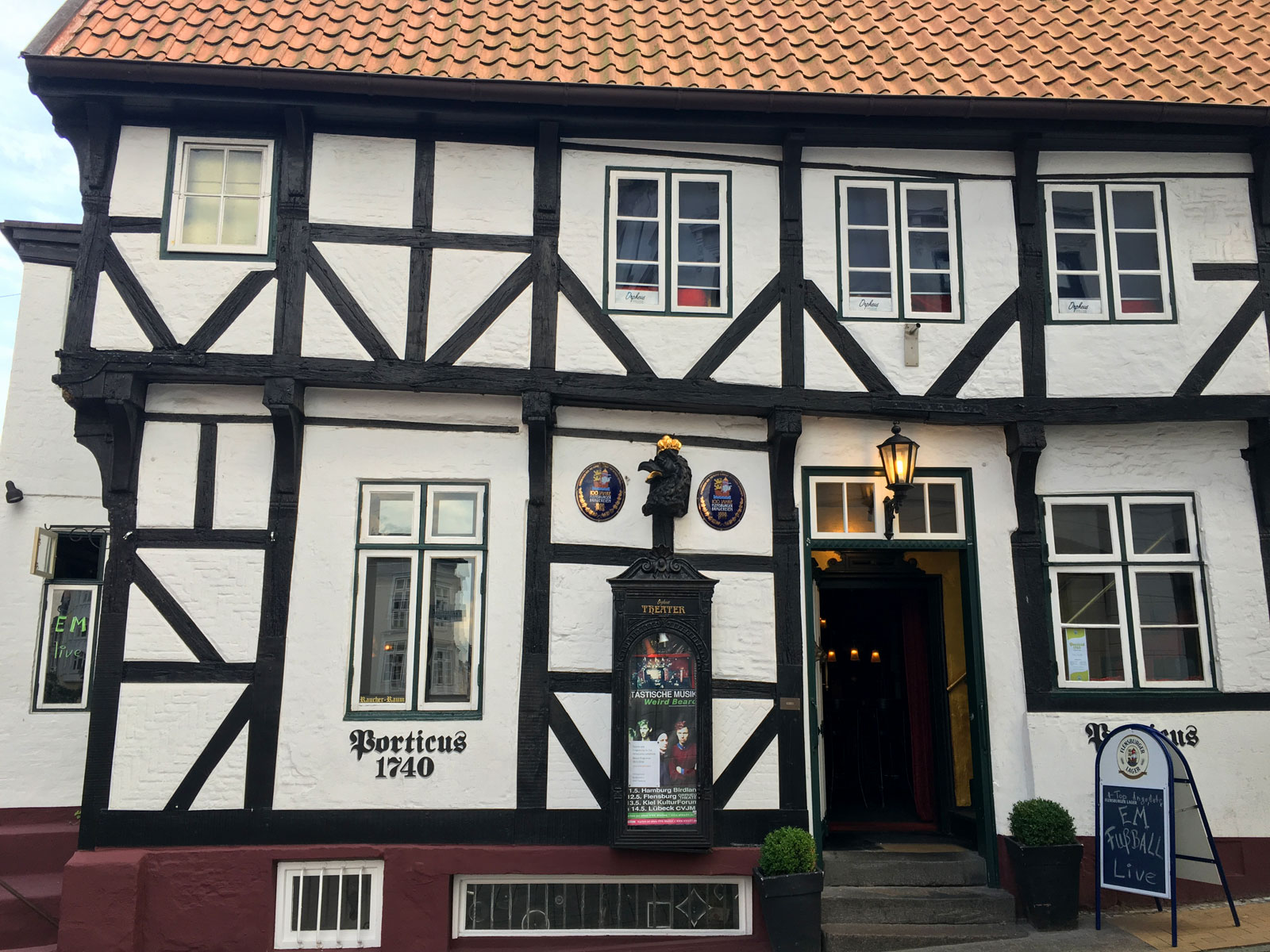 The day after I set out on the third leg, going from Flensburg down to Würzburg, an old city in northern Bavaria, I’ll return to that in another blog post.