Going west, some days of vacation. A ride through the central parts of Norway, over towards the west coast. Across mountains, along fjords.

June 2020, a little later in the month, I started out on a shorter trip towards the west coast. It was one in a series of rides planned. To see more of the home country, on two wheels. That did not end well. In fact it ended in a disaster. More about that here.

I’d been lucky to borrow a house in Aurland. It would be a base for a couple of day. So plan was to meet up with a friend in Lærdalsøyri. Then ride a gem over a road across mountains over to Aurlandsvangen.  But first I had to get there. Weather was awesome and, as it turned out, not just for the first day. Sometimes you can get lucky in these parts of Norway, in June. 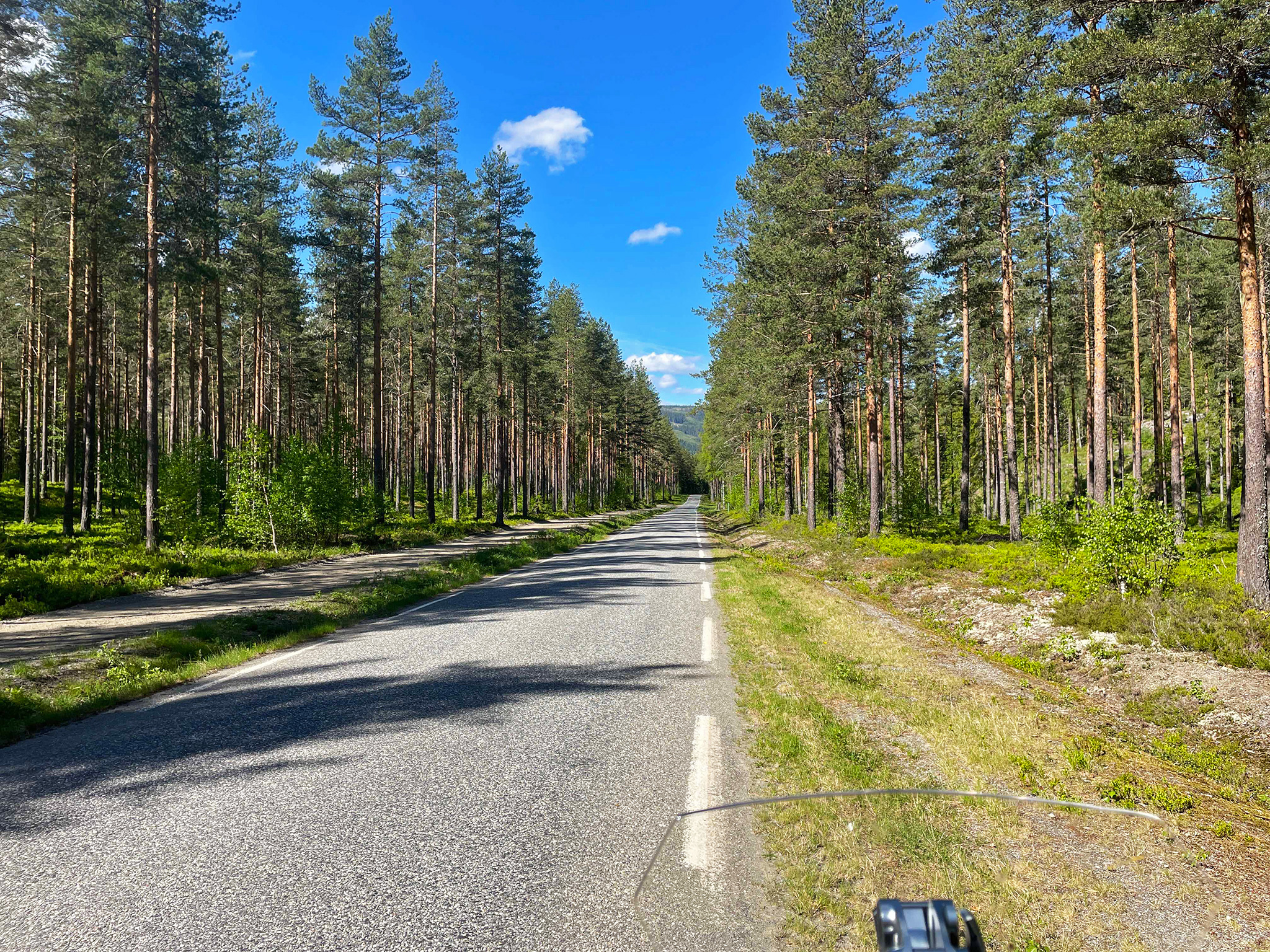 A section of the road called Austsidevegen, in Valdres

I chose to ride up through Valdres, like a few times before. It starts out a bit boring, well if you stick to the main roads that is. I didn’t, well partially at least. Not far up into the valley can you take to the right, cross the river and ride the “Austsidevegen”. 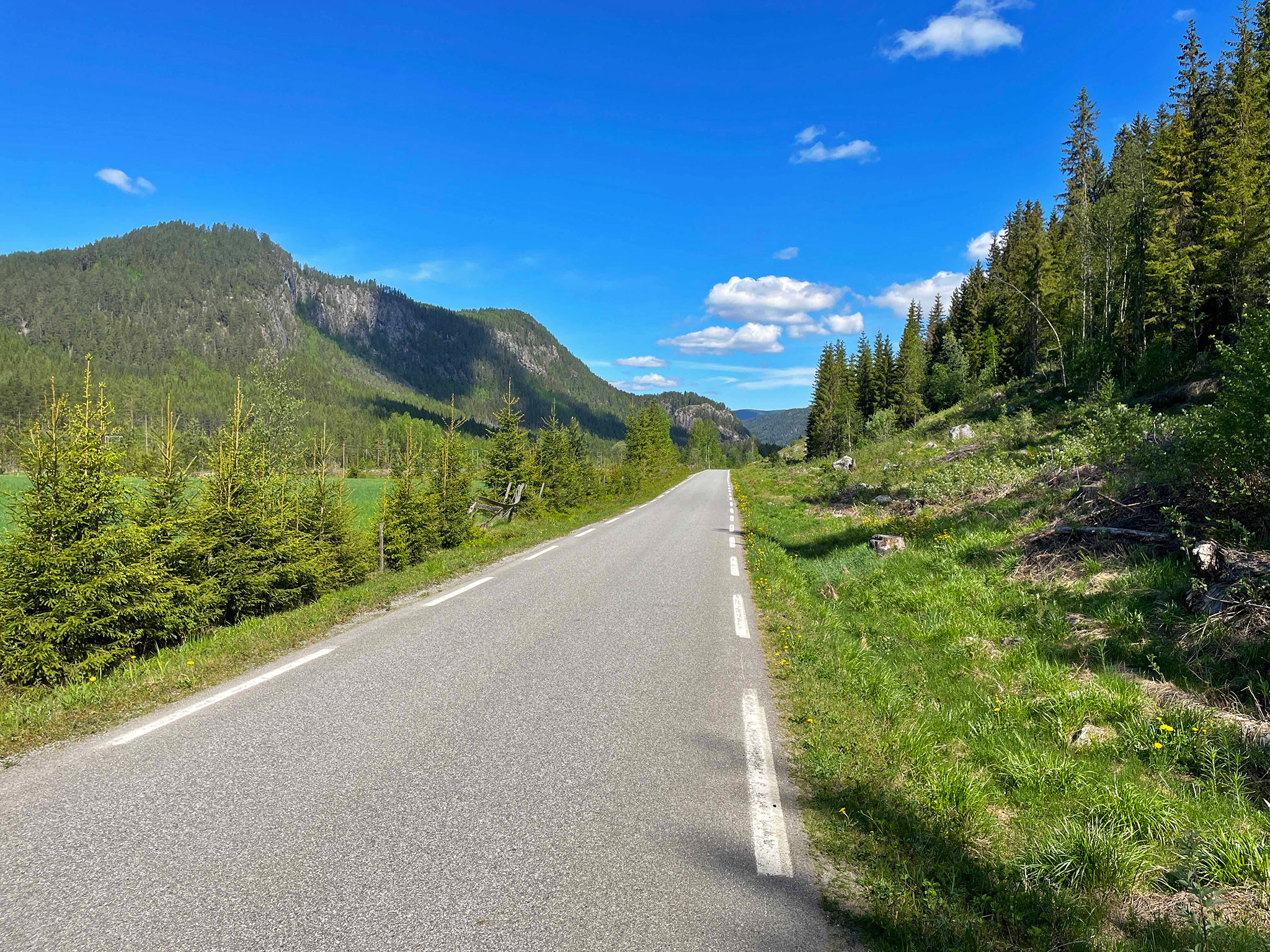 A bit further up Austsidevegen in Valdres.

The road is bumpy, narrow, but great. A much cooler wait to get through. There are almost no traffic at all. It’s sensible to stay at speed limit.  Or else you might some surprises. Some blind corners, but also sections that offers good view. Adventure motorcycles or motorcycles with good suspension definitely an advantage. 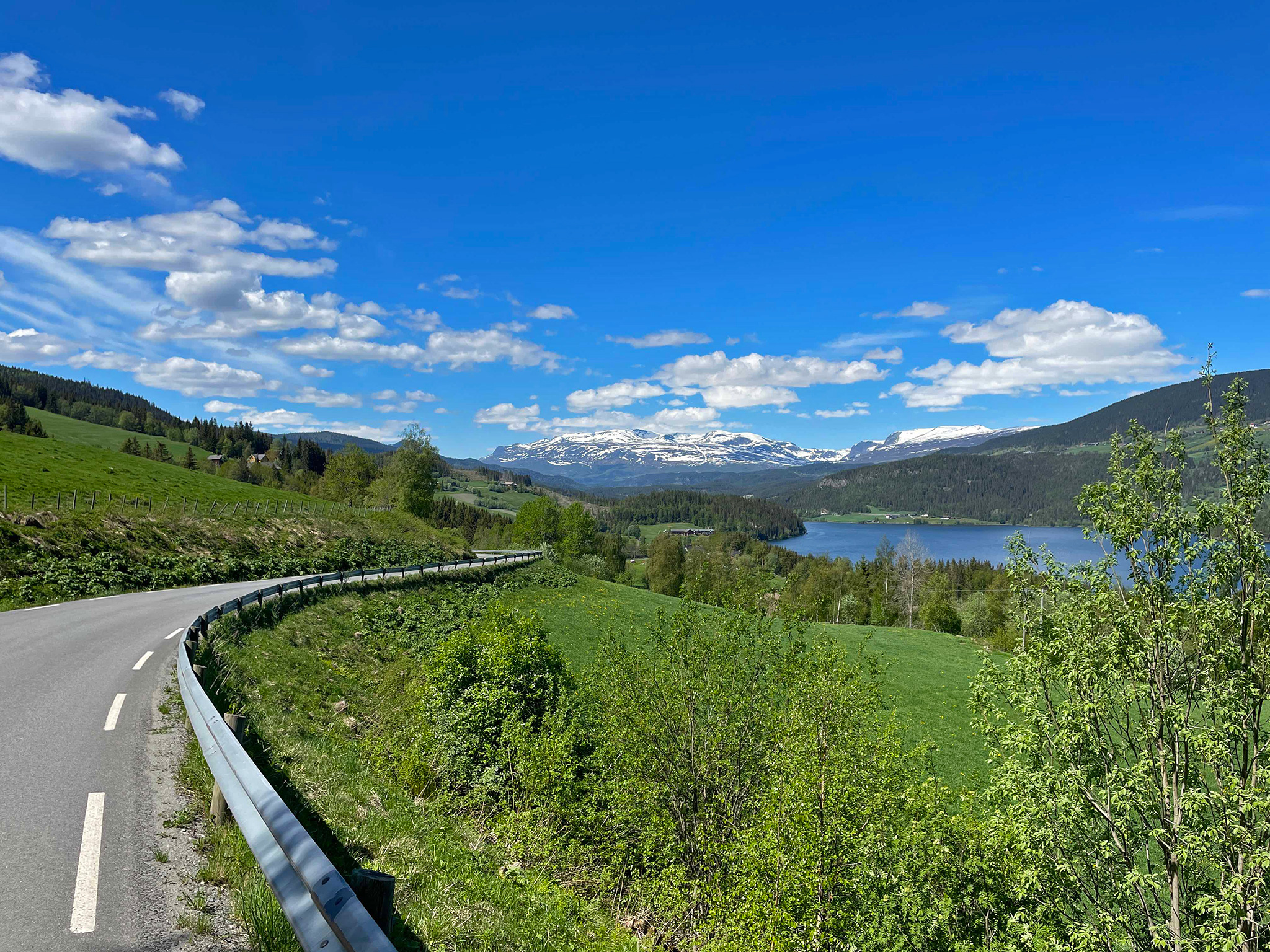 Valdres, along the west side of Strondafjorden

Higher up, around Leira, I switched over to a road on the west side of Strondafjorden. Ridden it before, it’s my preferred route up Valdres. The road merged onto E16 and I continued up to the Tyin cross. Unlike last time I missed on particular small road. What road you can find more about here.

Across the mountains the road led onto Lærdal. Which is also where you find the oldest stave church in Norway. Strange to pass through this rather touristy place during COVD times. With almost no one at the tourist center, and almost no one in front of the church itself. 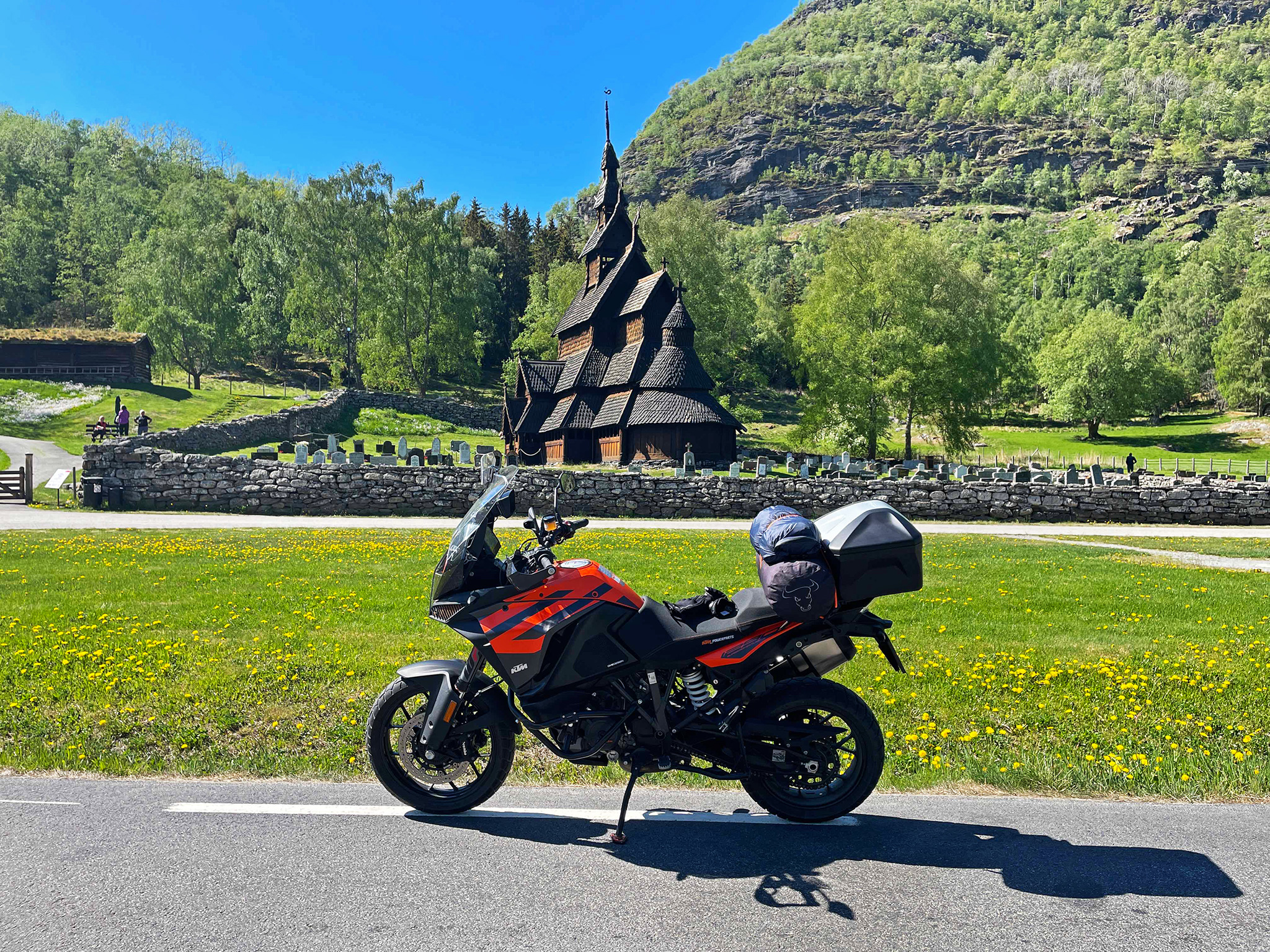 I didn’t go in this time, but settled for a photo shoot of the steed in front.  From there I carried on down to Lærdalsøyri to meet up with a friend. Back soon with the more exciting part of the ride. 🙂

Route through Valdres to Lærdalsøyri