Germany & Holland was the target of day 2. I’d made reservations in Harlingen, by the Dutch coast.  Planned to ride small roads, didn’t work out very well.

Started reasonably early,  the leg would be around 500 kilometers. I’d made the decision to take it easy in the beginning of this years adventure. It’s always good to run yourself in, sort of. Plus leave room for improvisation, allow time for smaller roads.

From Struckum, Schleswig Holstein I rode down past Husum, followed the main road slightly southeast before cross down towards Gluckstadt and the Gluckstadt-Wischhafen ferry. Just like last year, but without the same level of “excitement” to follow after the crossing.

What I meant by “excitement”? This post will explain. 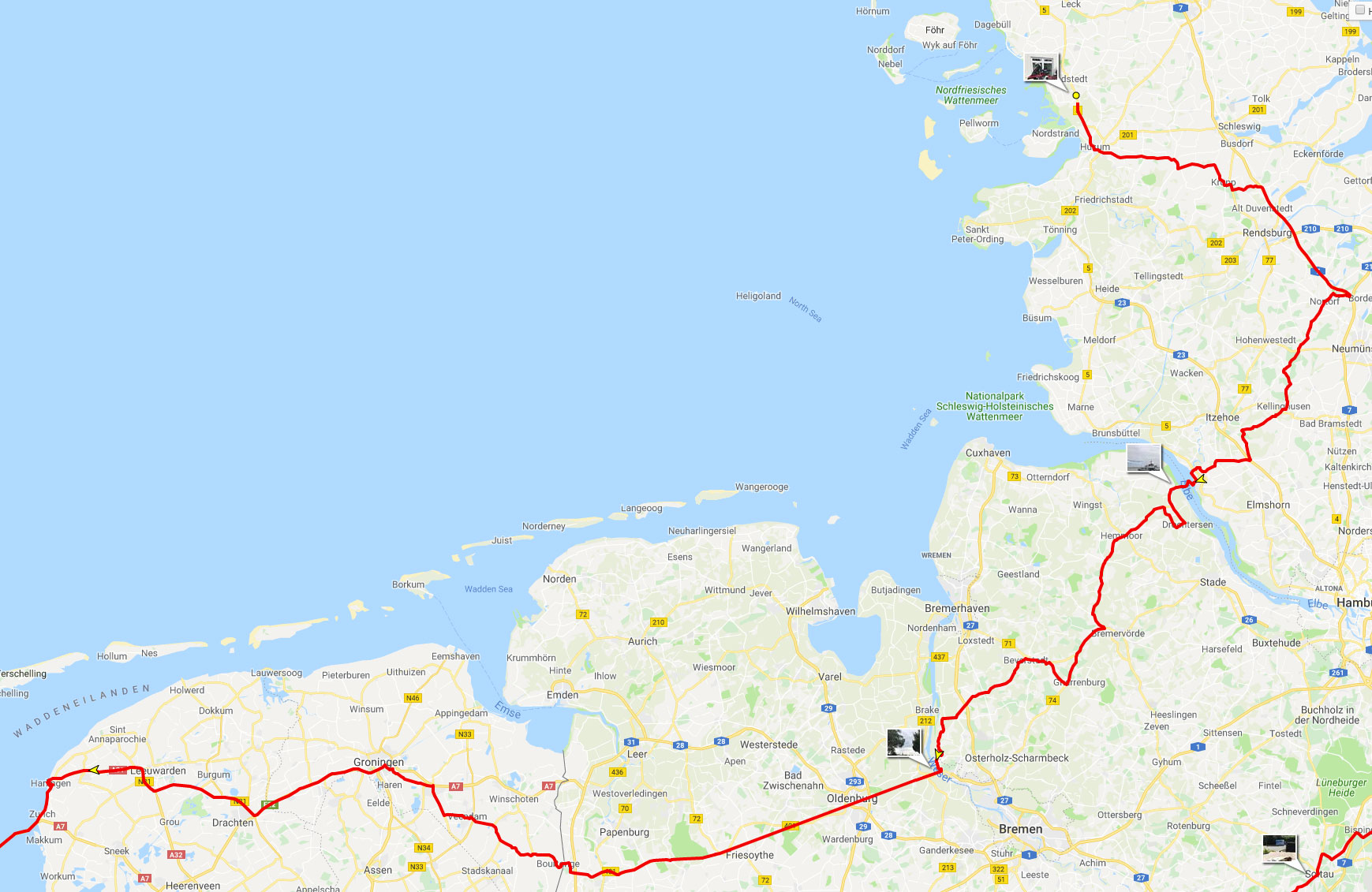 If you’ve ever been in the traffic congestion around Hamburg during summer you’d also appreciate to find alternatives. Even if it means longer travel time. Sometimes the queue goes on for miles and miles.

Summer is high season for roadworks on the Autobahn in Germany. If there are accidents additionally,  you have a the recipe for chaos. I’ve been stuck on the A7 past Hamburg a few times. That experience have made me always look for alternatives.

So first the Wischhafen ferry . It’s always busy at this time of the year. Lots of people think like me and avoid the freeways. Crossing early will save you waiting time. Since being a “two-wheeler” I rode past a long queue of cars waiting to cross. A motorcyclists prerogative. there’s no point in sitting in a queue if you can avoid it. 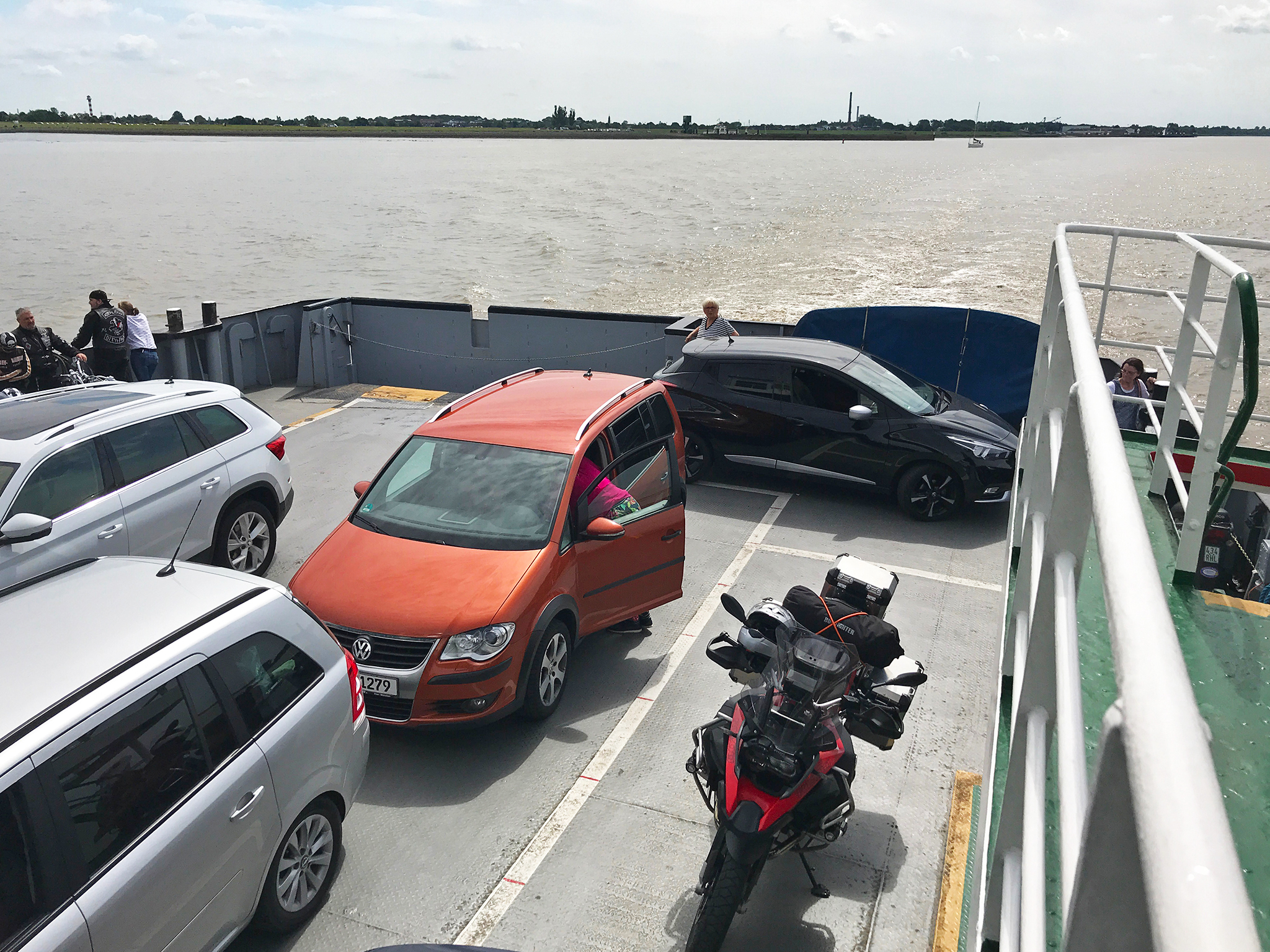 The red cow on the Wischhafen ferry

Minutes after boarding the ferry was in motion. 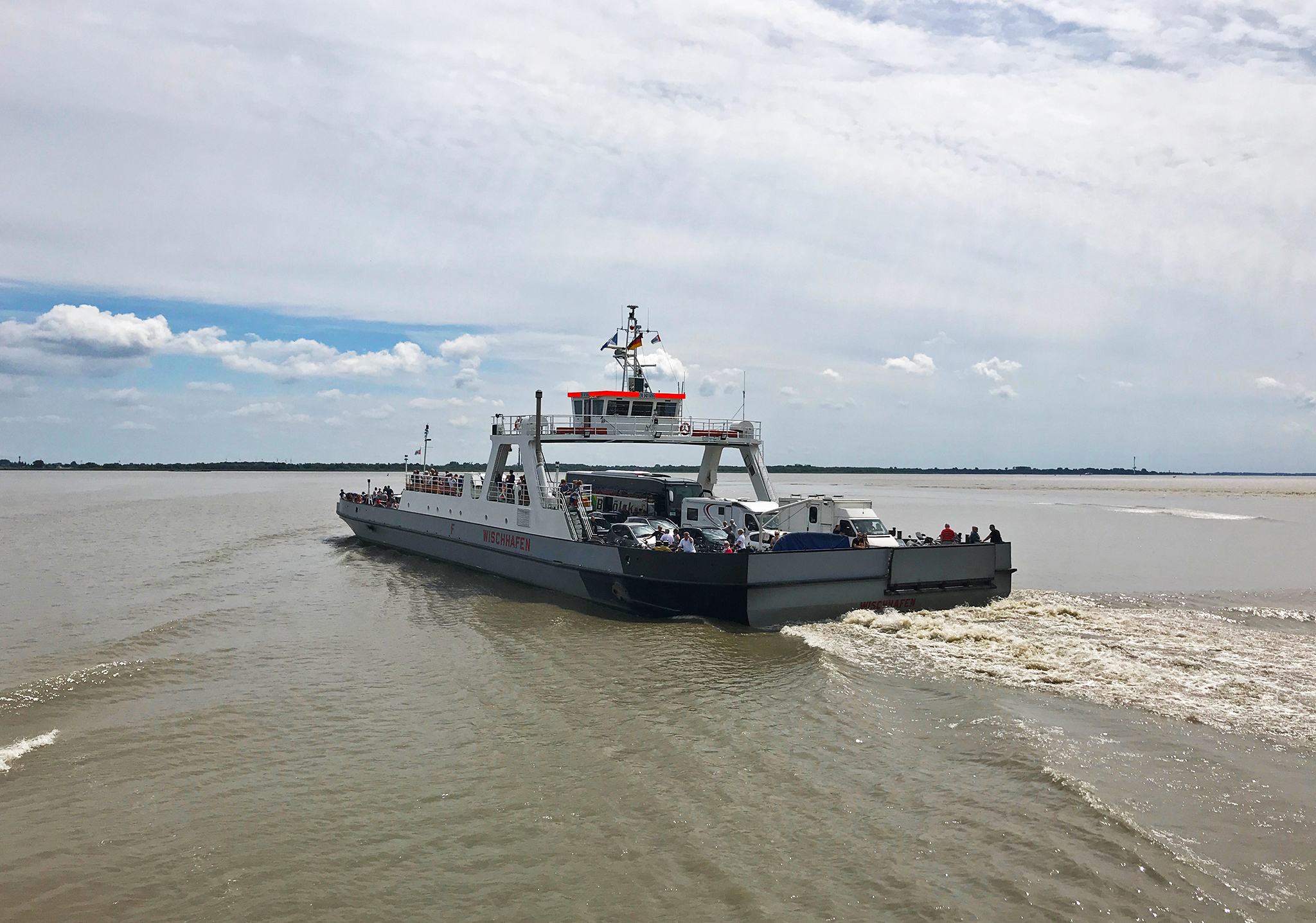 On the other side I set course north of Bremen. It made sense to stay northwest, since the coast of Holland was the destination for the day. I rode a mix of Bundesstraße (a highway in German terms) and smaller roads. 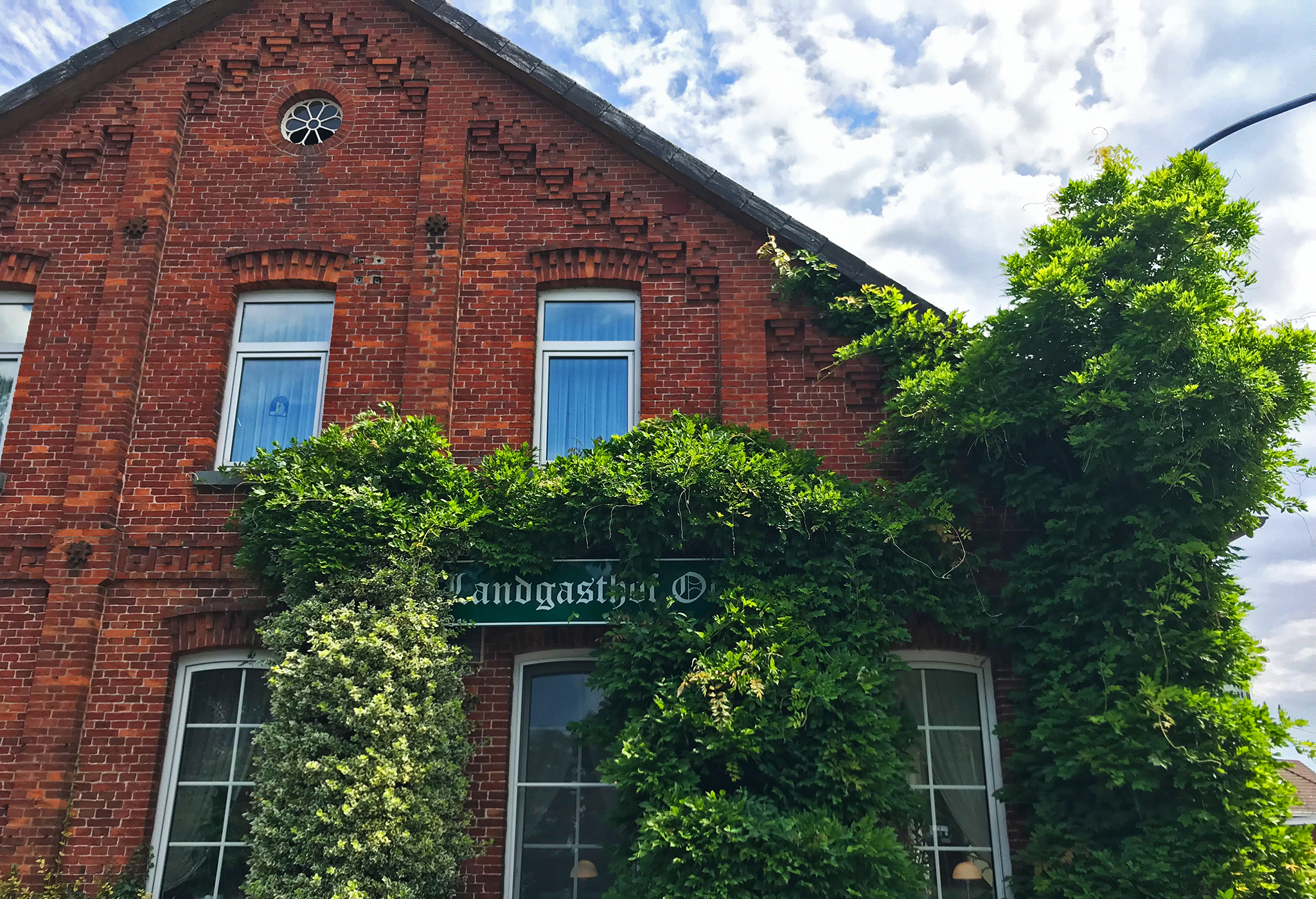 Made a brief stop at what looked to be an inviting Gasthaus.  Turned out to be full so made it a quick lunch stop and continued west.

The landscape in Lower Saxony doesn’t differ much from that of Schleswig Holstein. Flat as a pancake but pleasant enough. The temperature in the high 20s Celsius and the weather excellent for riding.  Due to my aim to avoid any larger cities I rode to a ferry North of Bremen.  it runs across the Weser river, from Farge to Berne. 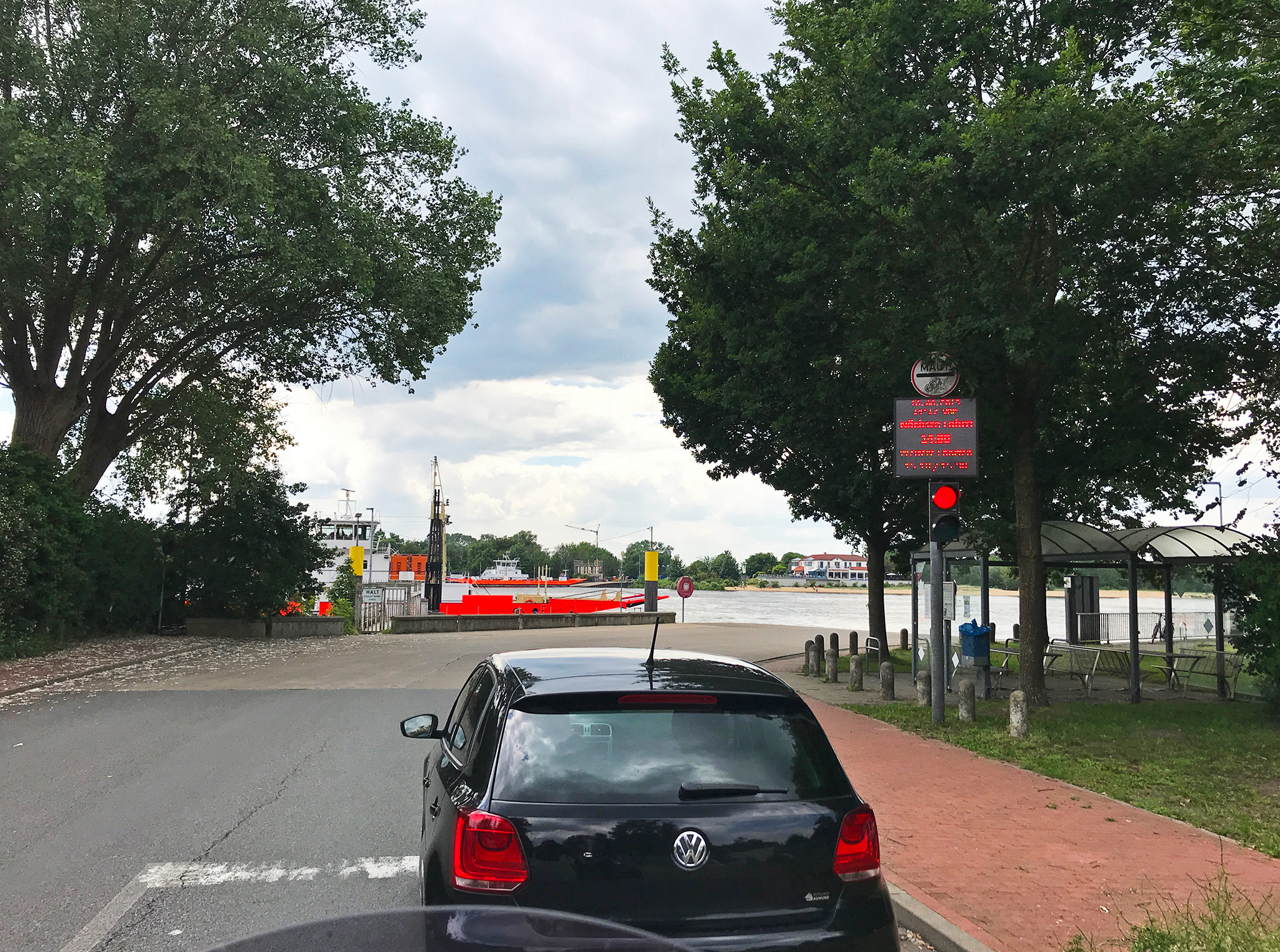 The ferry across the Weser river

The company that runs the ferry have 3 in operation across the Weser river. Because of lack of bridges I’d say the region depend on these. Without a doubt the shortest ferry crossing I’ve done since the one in between Germany and France in 2017.

I continued past Oldenburg in direction of The Netherlands. Entering the country my smallways  riding plan began to  fall apart.  The reason being that the closer to the coastal areas you come, the denser the population gets. Holland is a densely populated country as it is  you end up in an  endless array of roundabouts and traffic lights.

Past Groeningen I got tired of pedestrian progress. The only sensible thing was to choose the route of least resistance, freeway riding. Later in the afternoon, or early evening I landed in Harlingen.

One night’s stay in Harlingen

Took off from A31 onto N390. A few minutes later I was in Harlingen and my hotel for the night. No lengthy, pedestrian speed experience, thankfully. 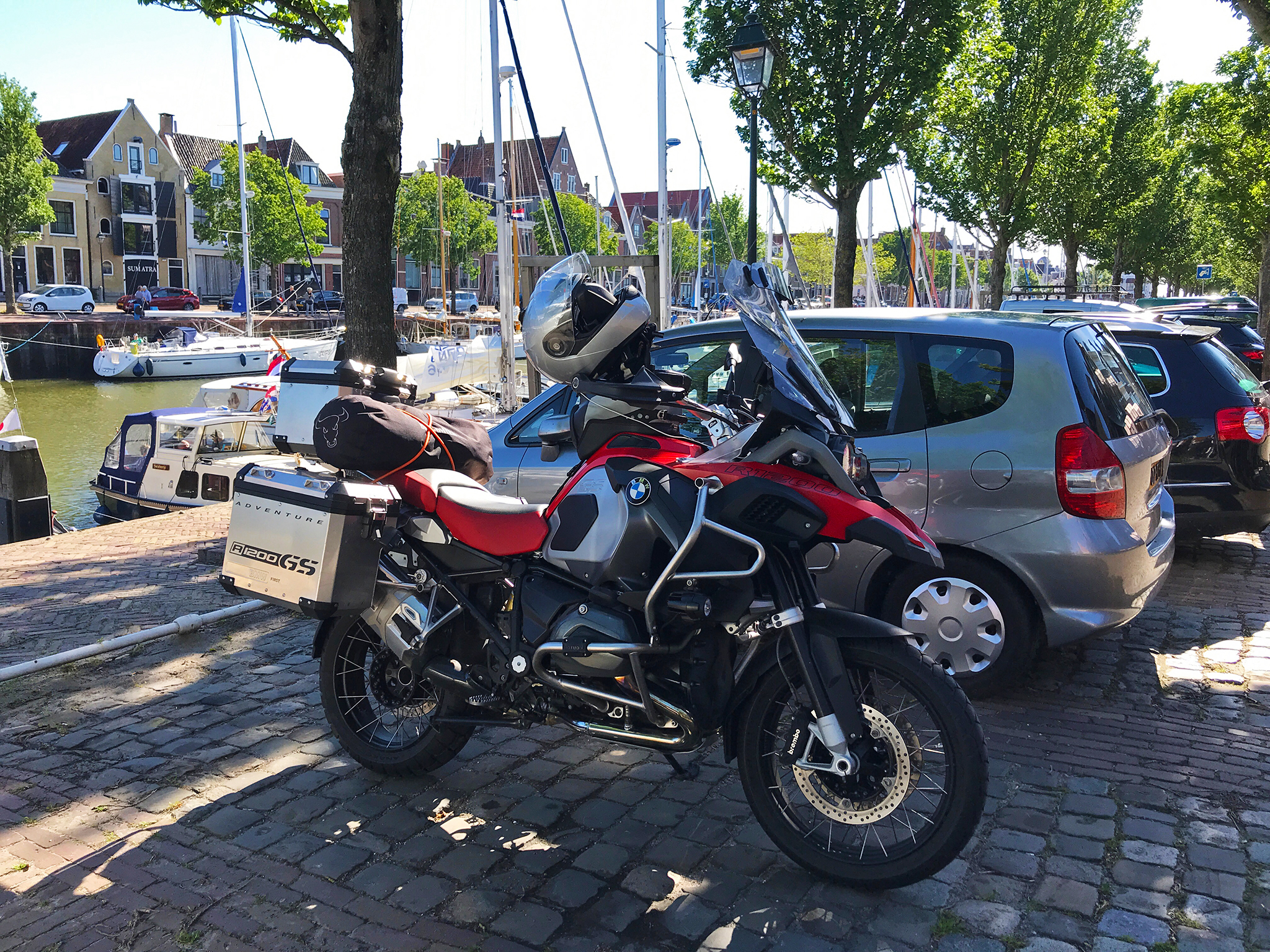 My hotel for the night sits along Noorderhaven, one of the city’s canals. I chose this place for its proximity to Afsuitsdijk, and the road to Hook of Holland, which is where the ferry to Harwich departs from. 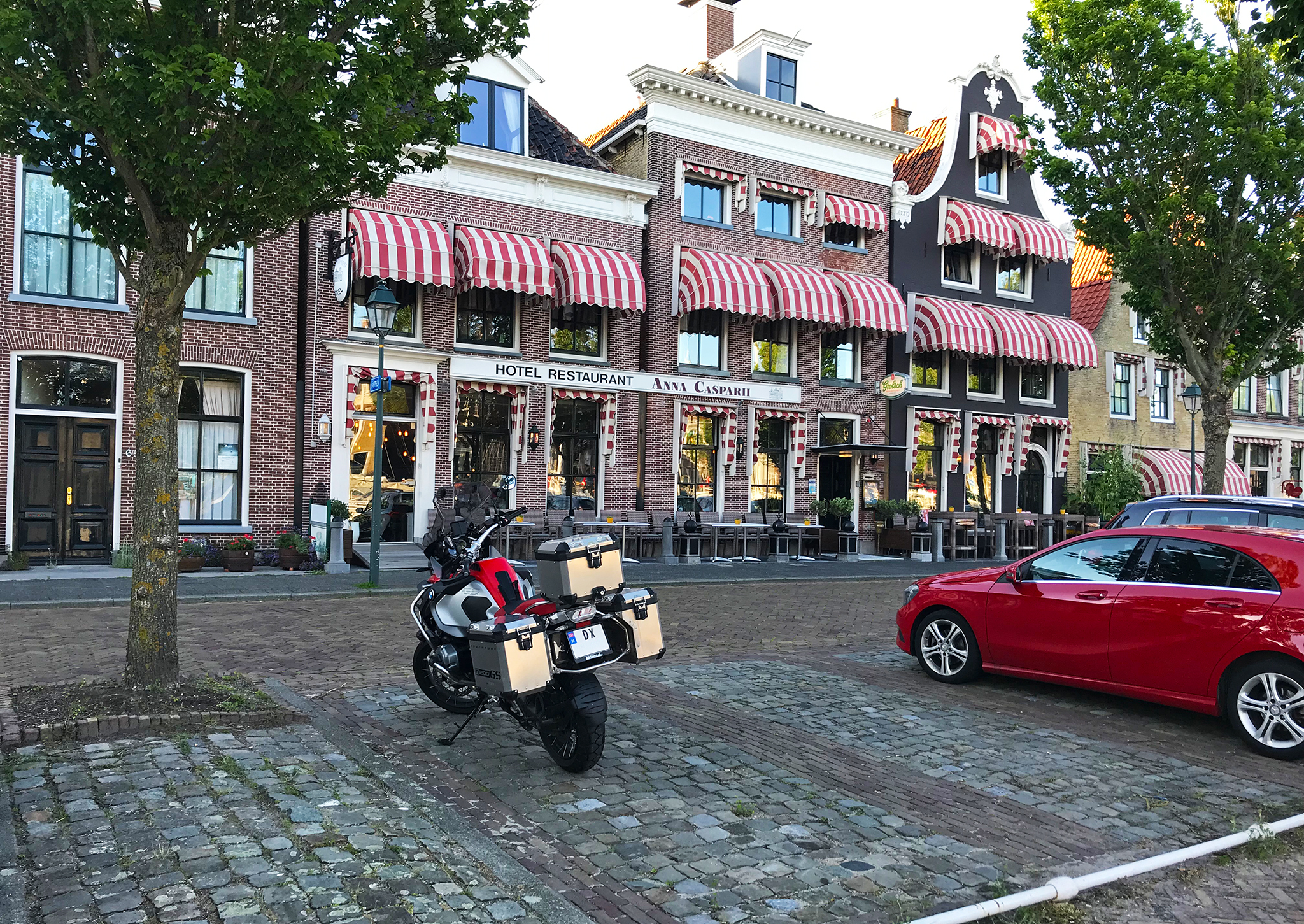 Hotel Anna Casparii took its name from a character in a book written by Dutch author Theun de Vries.  They had the book for sale but I didn’t buy. 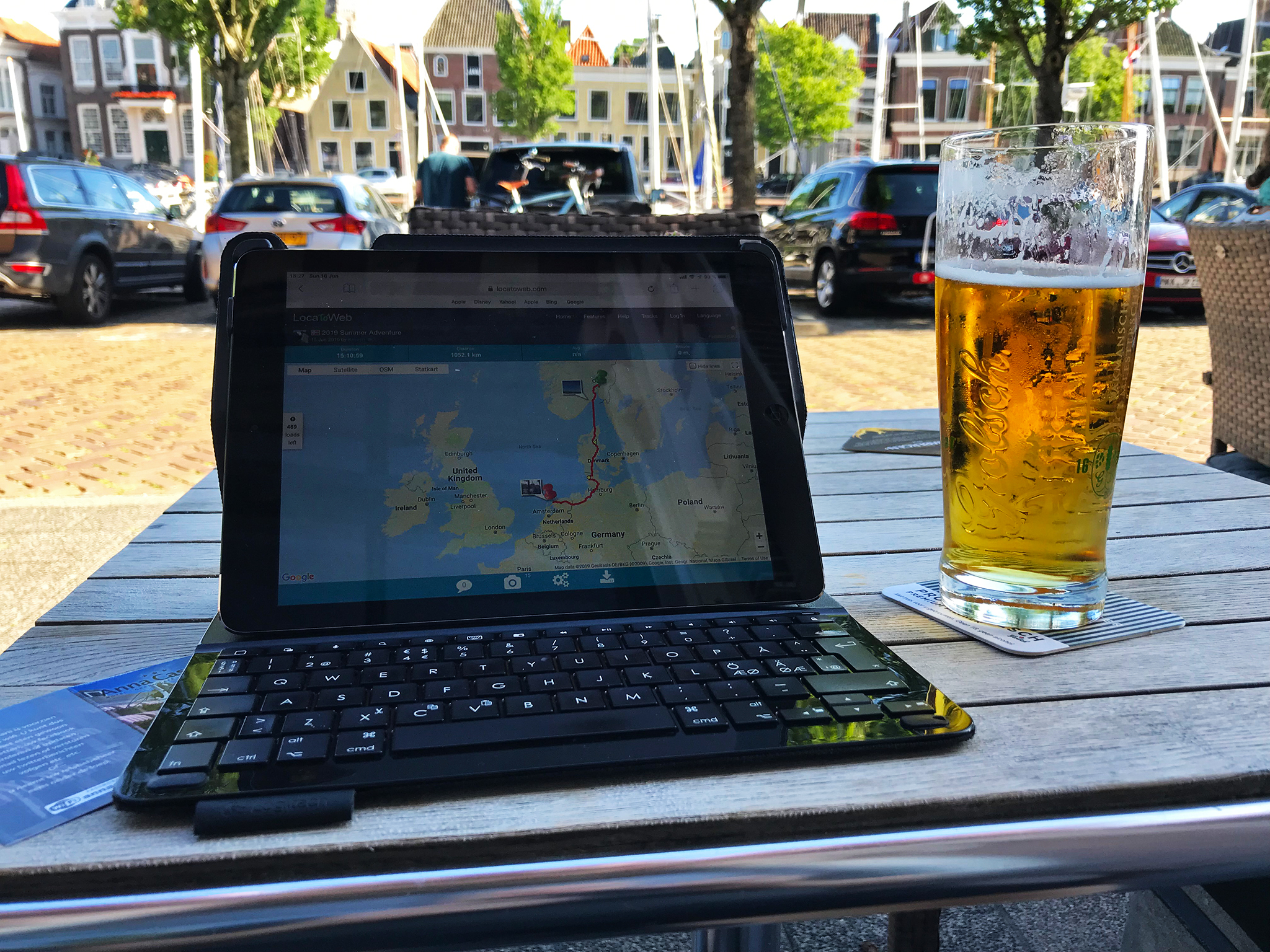 Time for a pint and some map studying

Once settled in it was time for a pint, and some food. That kitchen knew their business, the food was excellent. Ended the day by taking a little stroll in the narrow streets of Harlingen. There was lots to look at, both boats and buildings. 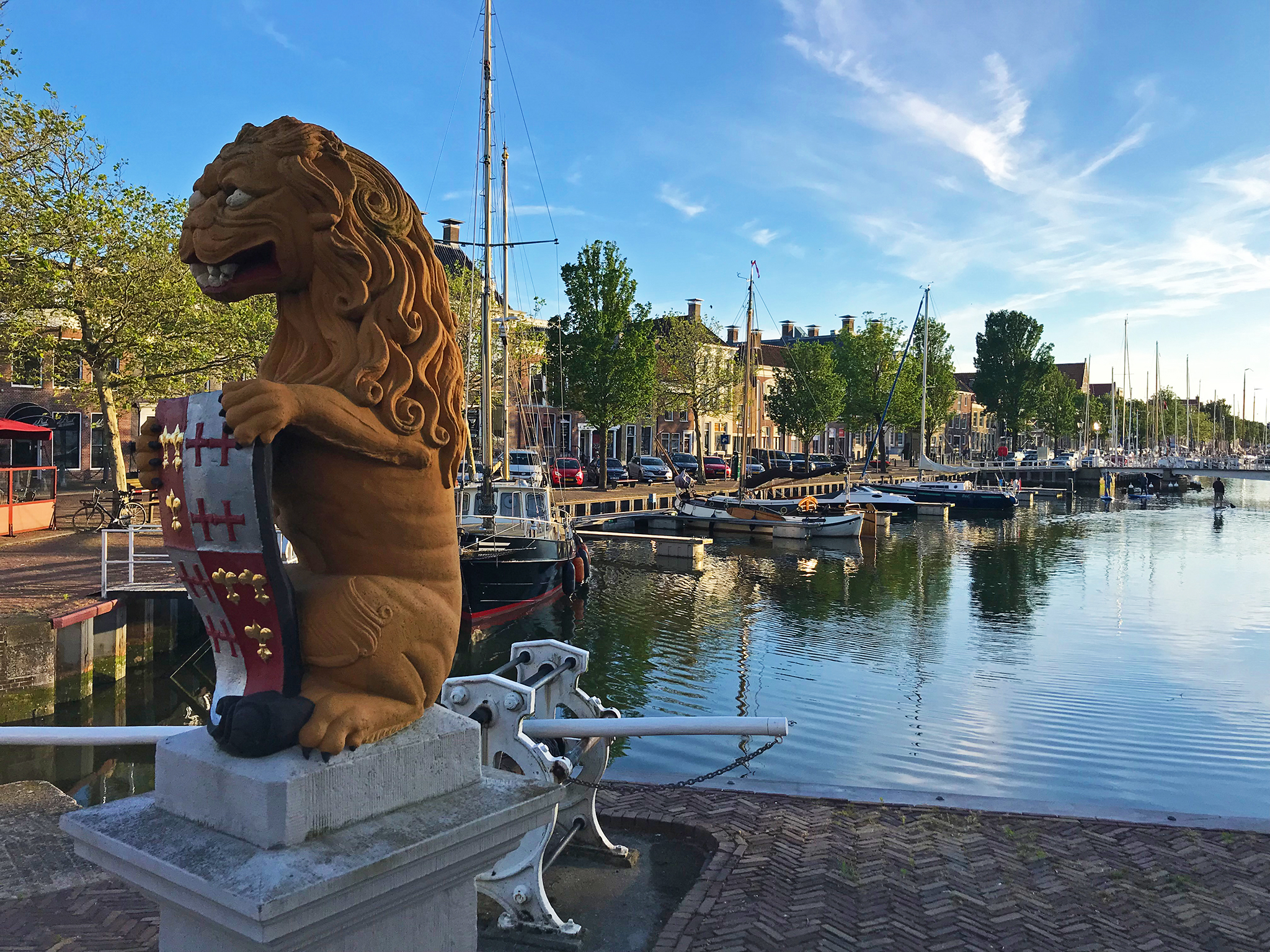 I can absolutely recommend Harlingen to anyone traveling through the region. Because of its proximity to the main roads, its a nice place to stop if you’re heading south towards France or North through Germany.