Czech Republic, for the second time. That was on the day’s menu. Failed attempts the day before weren’t going to defer me from the “plans”.

Yes, for once I did in fact have a plan, well, parts of one at least. A friend had mentioned the medieval town of Loket, that it was well worth a visit. So, Loket was plotted into the GPS. Since in no hurry getting there, the journey continued as before, on small roads.

From Ulrichsberg and Austria I went northwest, crossed over into Germany and continued along the Czech border for around 130 kilometers or so.  Managed to find some interesting, winded roads with lots of curves.

Grosser Arbersee with a quack

At Grosser Arbersee, somewhat of a tourist place,  I made a quick stop for lunch, then continued past/through Lam in Bavaria. And from rural Germany i went straight across the border, into rural Czech Republic. 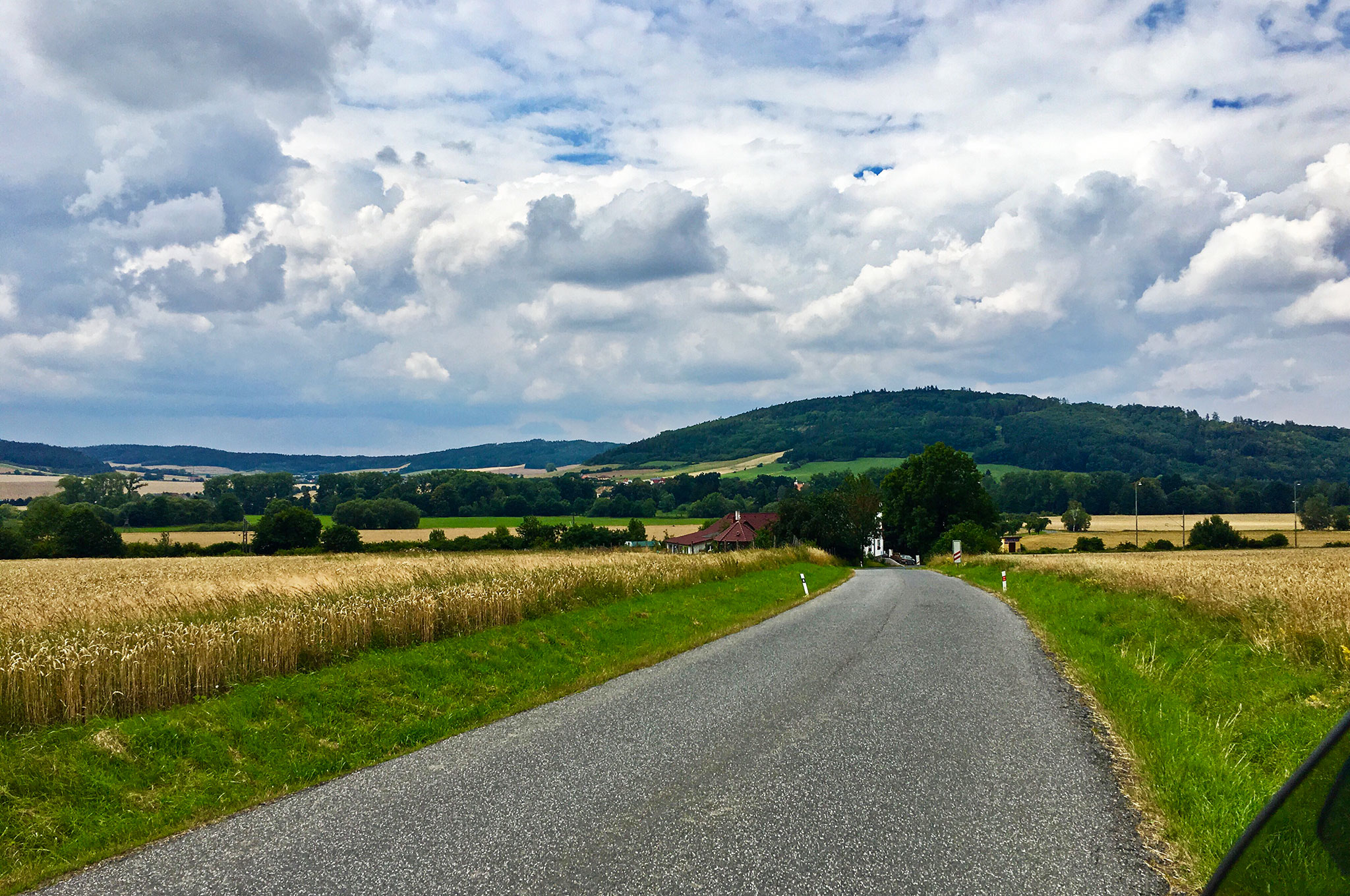 One thing noticeable almost immediately crossing the border (at least in i this part) is the (overall) quality change of smaller roads. But not everywhere. Some parts had better roads than others, but overall the quality is lower than in Germany.

Czech countryside, presenting itself with its own beauty

Bad roads had no impact on my experience of riding the countryside, across hills, through woods and villages. Quite the contrary actually. Though at times it was good to have electronic suspension and the ability to switch to softer mode by a click of a button.

The further northwest, the better the weather.  One reason for not making too firm plans, or rather, have alternative plans or, simply adjust and improvise, is the weather. I’ve had plenty of bad weather experiences on two wheels, both in 2016 and 2017. 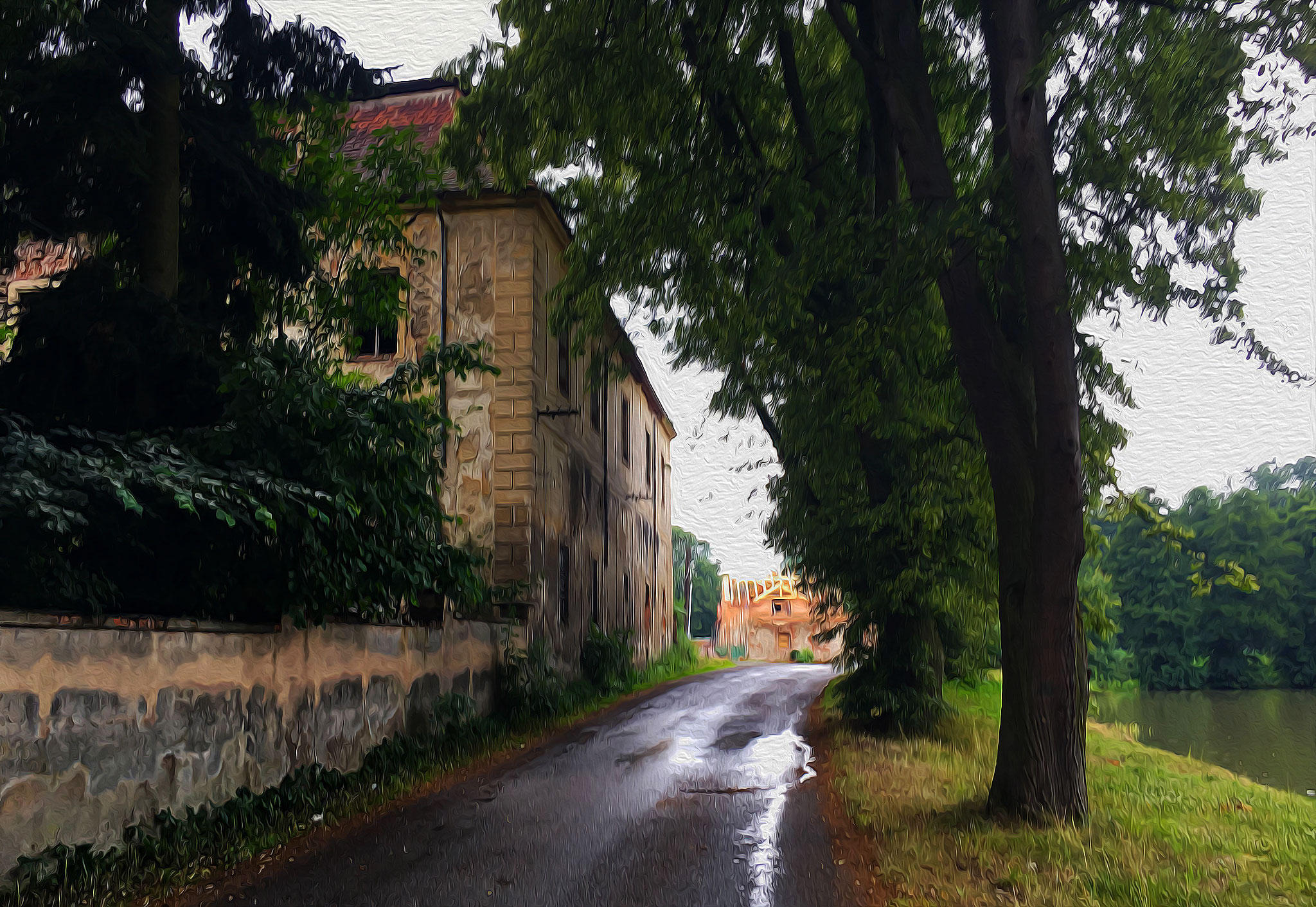 On my course I passed right through a minor shower, as heavy clouds swept across my route and continued east. I’d made a short stop, during which time the rain shower passed quickly. Then continued on a northwestern course towards Loket. 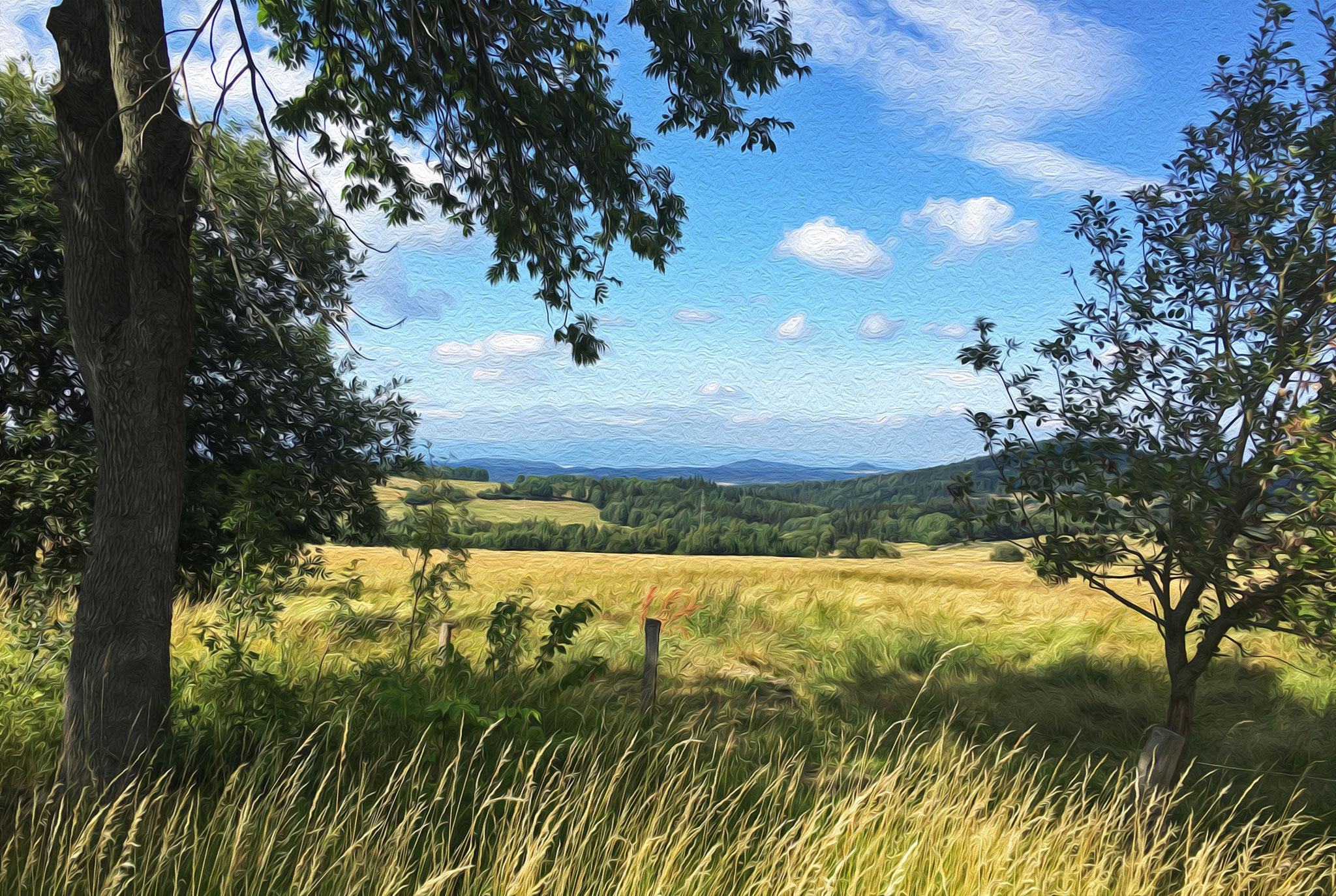 Around 5’ish I arrived in in the outskirts of the old city part of Loket. A beautiful city, situated in a forestry landscape, with an old castle, old city walls and well preserved buildings. 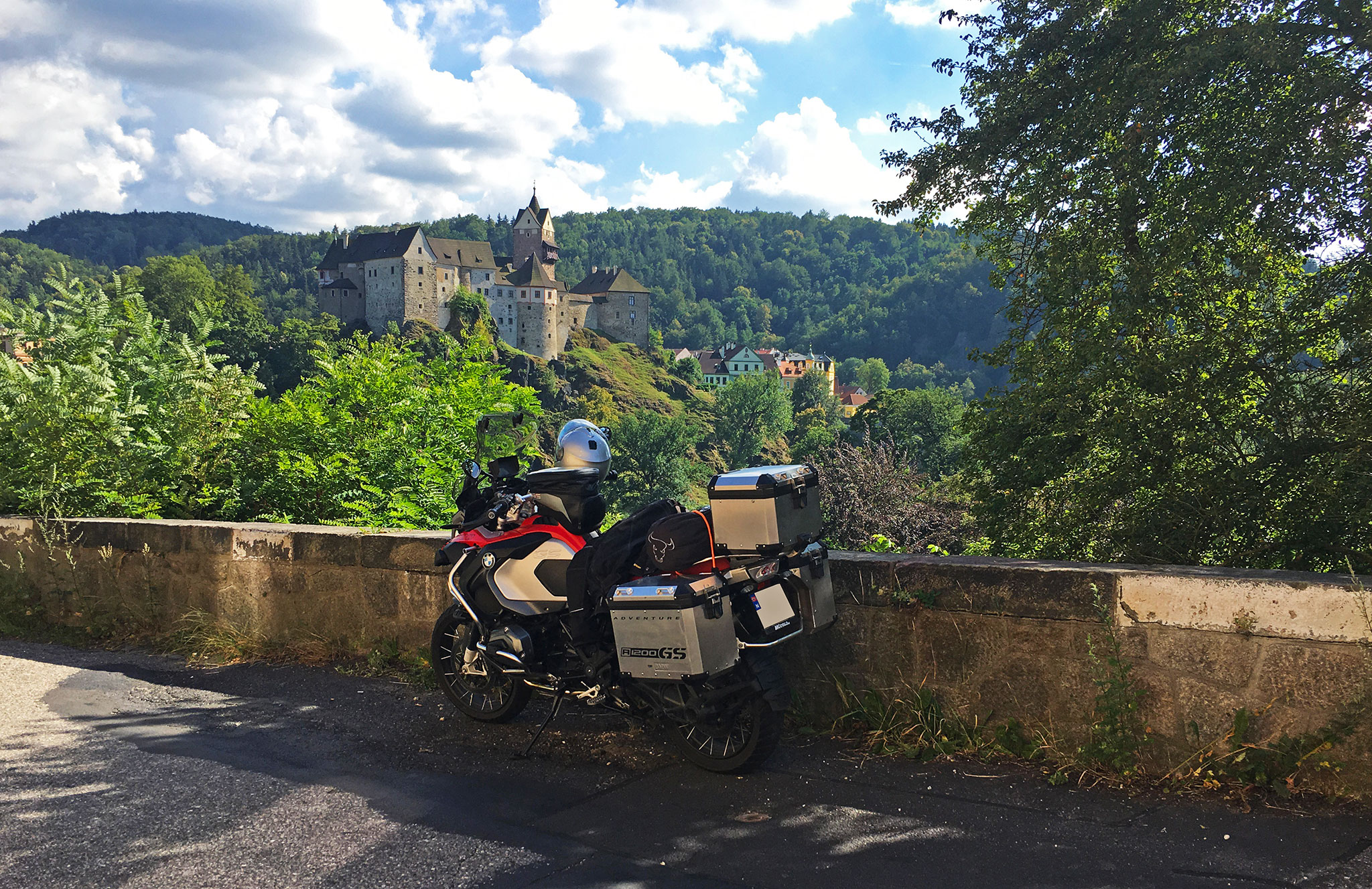 The old part of the Czech City Loket in the rear

Turned out be another medieval town with traffic regulations. I don’t oppose the need for such, that one wants to keep old towns free of traffic. But for (solo) motorcycle riders it is somewhat impractical, mildly put.

The old town had been blocked off from regular car traffic. Only goods transport was allowed in. There was no parking space in the old city, so staying overnight would imply parking the bike outside of the old city walls.

In other words, same scenario as in Český Krumlov.

Like before I didn’t feel like abandoning the motorcycle on an open, non-guarded parking lot, outside of the old town. Not if I can help it, if there are other choices. Checking for hotel options it turned out Loket was a very expensive place to stay over. Widening the search I found as good, and a lot cheaper hotels in Karlovy Vary, less than 30 minutes away.

Sometimes when you improvise or are free riding around and about, the situation may quickly turn from disappointment to pleasant surprises. A few setbacks should not stop one from being adventurous. I decided on a hotel with great reviews in Karlovy Vary, at least 25-30% cheaper than in Loket.

Turned out to be one of my best choices of hotels during the entire adventure!

Riding on GPS I maneuvered through the outskirts and right into the older part of town. It looked just awesome! Coming to my choice of hotel wasn’t any disappointment, quite the opposite! Lazensky Hotel Smetana I can warmly recommend, any day! 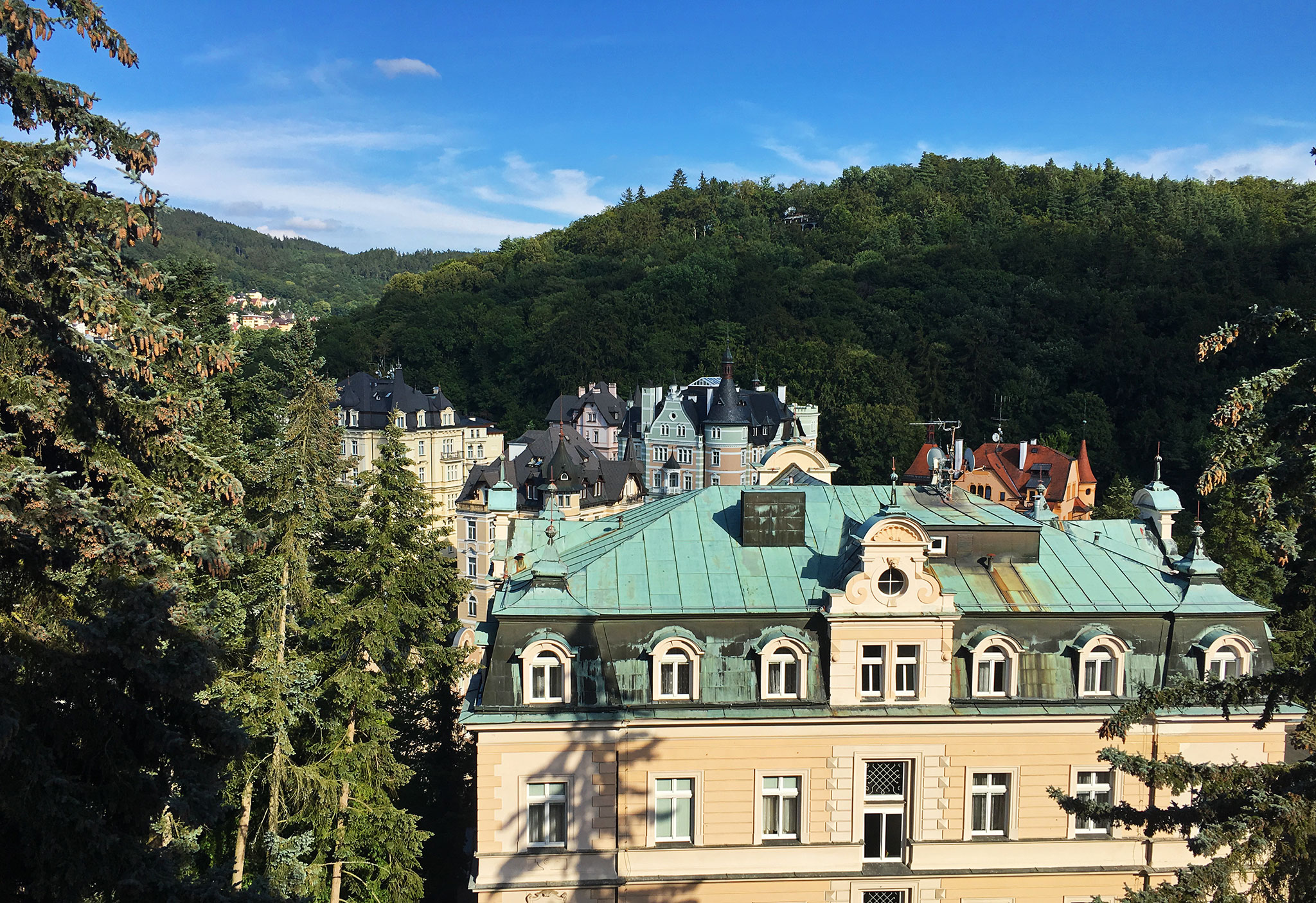 After a quick shower it was out for a walk in town, to get some well deserved drinks and food. Little did I know about the outdoor party that was to unfold later! That will be part of the next post 🙂

Below the route I followed. You can find the entire route for this year’s adventure here.