Continental TKC 70 tires wasn’t a part of any plan. A change just happened on the return home from this year’s Euro-Adventure (more later).

I could have made it home, back to Norway, with the Anakee Adventure tires. But the rear was very worn. Since being in Germany, where tires are cheaper, it made sense to make a change on the way home. Or at least try. I was lucky.  Despite Corona and supply issues.

On a whim I decided to drop by Wilhelmsem Motorradtechnik, a BMW / KTM dealer I knew from before. Wilhelmsen is situated in Ouversee, a village just outside Flensburg. As luck would have it they had one set in stock. And the right sizes. Despite lots to do in the workshop, they took on the job.

Wilhelmsen is known for top service and ditto quality. Take a look at some reviews. 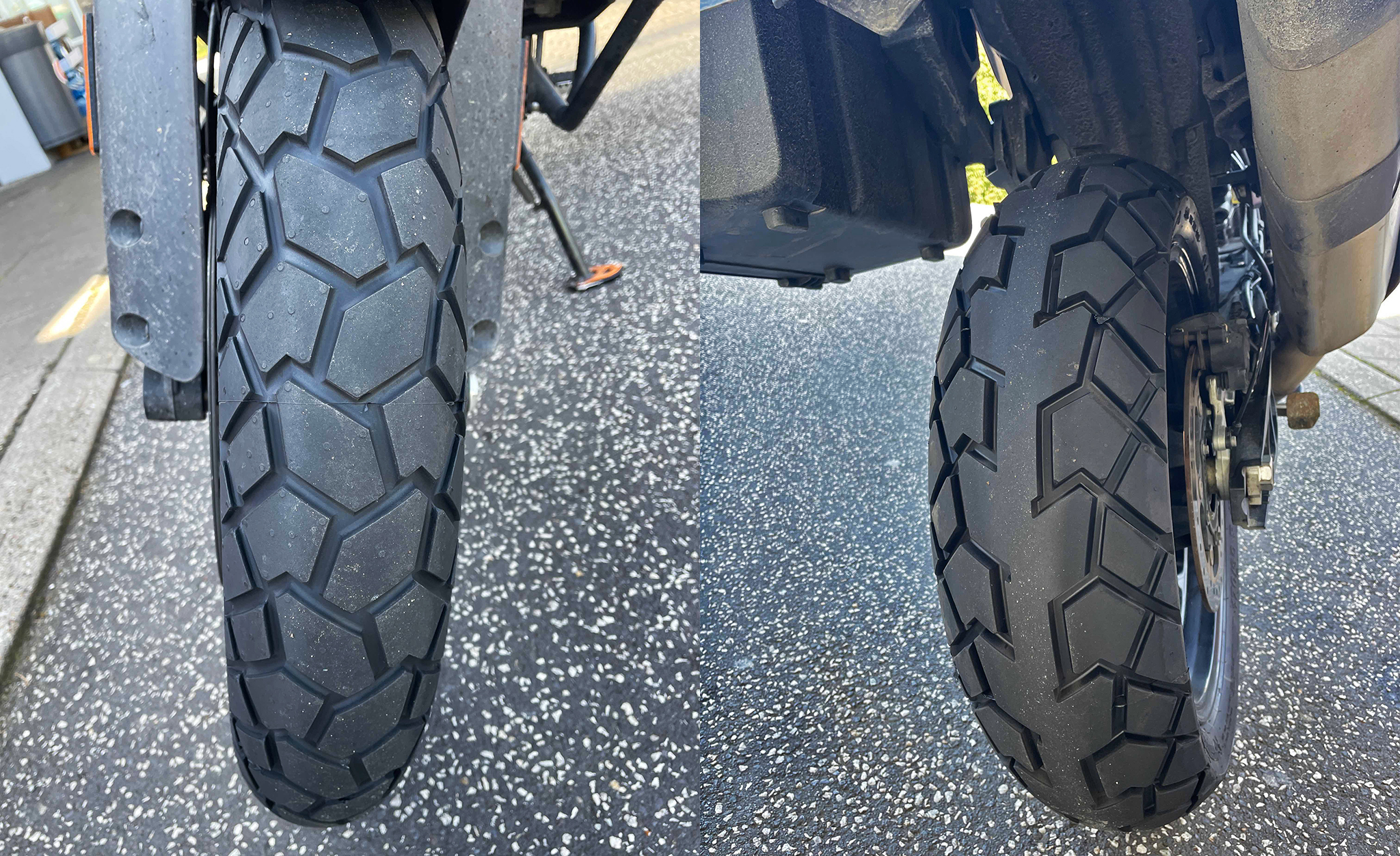 So this is how I ended up with Continental TKC 70. If they hadn’t been available I probably wouldn’t have tried them. Not a fan of Continental. Many sing their praise. Some 1500 kilometers later, I can understand that, to some extent.

Over the course of the last few years I’ve had several sets of Michelin Anakee Adventure. First on my previous bike, a BMW 1200GS Adventure. They were a perfect fit for my needs, riding style and, in my humble opinion, the motorcycle. Check out some impressions here.

The current bike came with a brand new set of Anakee Adventure. So new motorcycle, familiar tires.  A good thing, that gave me some ground for bike comparisons. Even though, I’ll be quick to add, comparing BMW 1200GS Adventure and KTM 1290 Super Adventure S (SAS) is like comparing apples and oranges. But that’s an entirely different story.

Back to the topic…

It wasn’t love at first sight. Well, in one way it was. The thread pattern looked interesting enough. Getting on the autobahn, later Danish freeway, I immediately noticed they were surprisingly quiet considering the somewhat aggressive patterns. The rear tire has a center strip, designed for longevity and pavement riding.

That principle works, from what I can gather, in reality. This far. 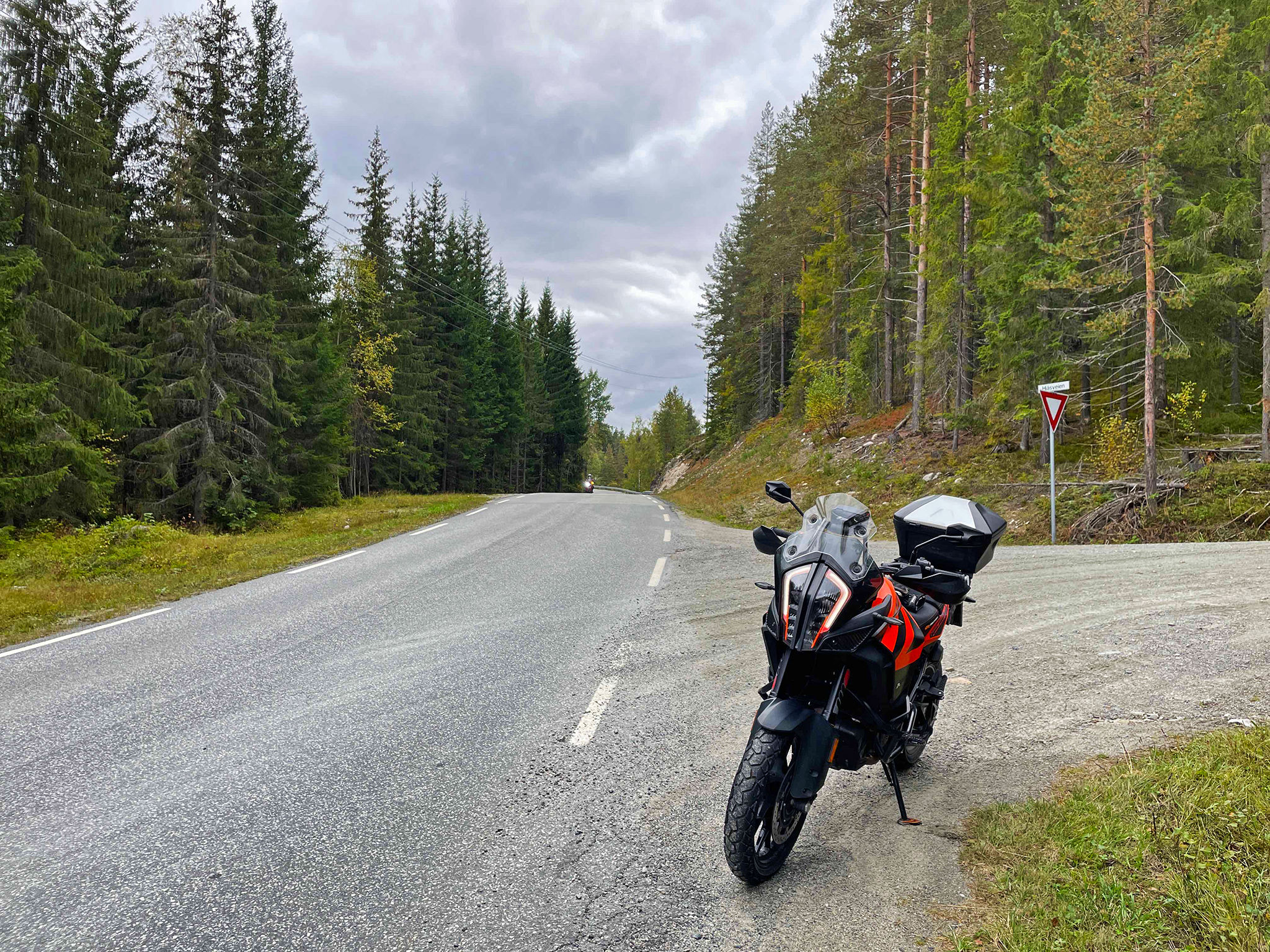 Out riding on smallways, rough pavement, gravel and dirt.

Looking at the front tire, the pattern and depth,  one would think it would be noisy. It isn’t. However, the round shape makes it feel a bit wayward’ish, or wobbly. Same with the rear. Especially while brand new. Riding on smaller roads, with cracks and uneven surfaces it was noticeable. The sort of feeling you’d expect from tires into a later half of a lifecycle. Riding through Denmark I begun to have serious doubts about my choice.

Plainly put, while brand new, they’re not as stable as Anakee Adventure. Some might call that good road surface feedback though. The tires feel harder than Anakee Adventure. The feeling will be especially noticeable when new, and if the tire pressure is in the higher end of recommended, or above.

I’ve been monitoring tire pressure closely. It is amazing how much it varies, depending on speed, external/internal temperature, and altitude. On my bike TKC 70 feels better if you’re spot on, or a little under recommended pressure. At least that’s the impression I have on the KTM 1290SAS.

TKC 70 is a tire that really needs to be run in. Could be an indicator of longevity. Time will tell.

Continental TKC 70 on gravel and dirt

During the first hundred kilometers the tires improved steadily. Thankfully.  I’ve done around 1500+ kilometers to date. The waywardness have waned. The motorcycle is easy to flick and steer. Balance is good. Think Michelin Anakee Adventure tracks less, and have better stability, on uneven pavement. At least while new.

In the grips department, on dry surfaces both are great. 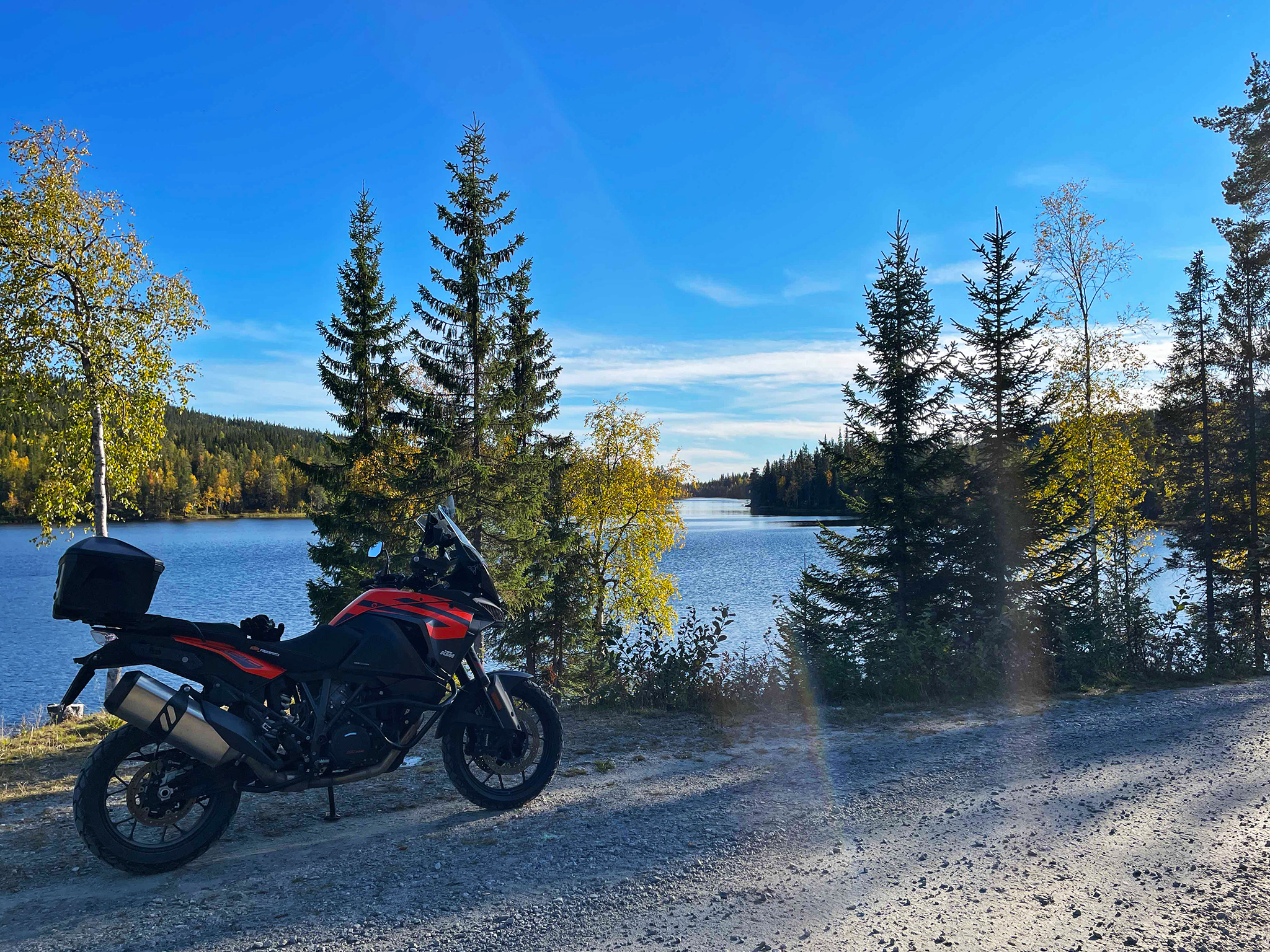 I’ve been riding a fair bit on gravel and dirt with them, to date. Various forms of gravel, from fine to rough, and spongy, loose surfaces. And sand like dirt. The TKC 70 set definitely have begun to shine more. And with that, my confidence has increased. On various types of gravel they deliver.  Feels planted, predictable, essentials when riding on such roads.

Lets face it, you only know what you yourself have experienced. And over time. Reading other opinions is just an indicator, a suggestion. Sometimes hardly that. It can even derail you. People are different, bikes are different. But despite all this, in my personal opinion the TKC 70 is a good dual sport tire. Less noisy than Michelin Anakee Adventure. Grippy, when run in.

Anakee Adventure was/is more road stable on my motorcycle. At this mileage/stage. Mentioned before the sensation of waywardness with the Continental TKC 70 has improved but is still there.  And yet, the bike is very easy to steer and control. I guess that is the compromise. For long hauls and mixed riding style they can be a good choice.

But, no praise for me. At least not now. I’ll be back later, with an updated reflection.

Mid-October, during a weekend, I had a 450 kilometer pavement experience. In temperatures between 7 – 13C.  Quite a bit on wet pavement. This time of the year the sun is low and doesn’t dry or warm up the roads very well, many places. So the pavement is also cold.

The combination revealed something I’ve described earlier in this post. The “hardness” sensation of the rubber compound. Coming into a corner I could feel the tires slipping, front and back. In a way I’ve not felt with Anakee Adventure, under similar circumstances. Fortunately my bike has top notch traction/slip control and ABS. As a result there was no drama, just an uneasy feeling.

What I deduce from this is that TKC 70 might be (more) temperature sensitive. That they need to be warmed up to function or perform well. When you buy a set of tires, it’s natural to factor in longevity. But if you ride a lot in single digit temperatures you need softer tires. Made of rubber that warms up faster. Even if at the expense of longevity.