Anakee Adventure by Michelin is a dual sport tire. Designed for pavement as well as riding off the beaten track, on gravel, dirt and offroad.

That is the claim, and so says reviews I’d seen prior to acquiring a set . Being a 80/20, or 80 percent on-road and 20 percent offroad, I was excited to find out how the last 20 percent panned out.

On dry gravel and dirt the tires felt good. Direct steering, well planted. One reflection that quickly emerged was that the side grip and stability of the front tire isn’t quite as good as on Metzeler Karoo Street.  Or perhaps it would be better to say, it’s different. I was also rusty, after over 8 months away from the BMW. That too played a part. 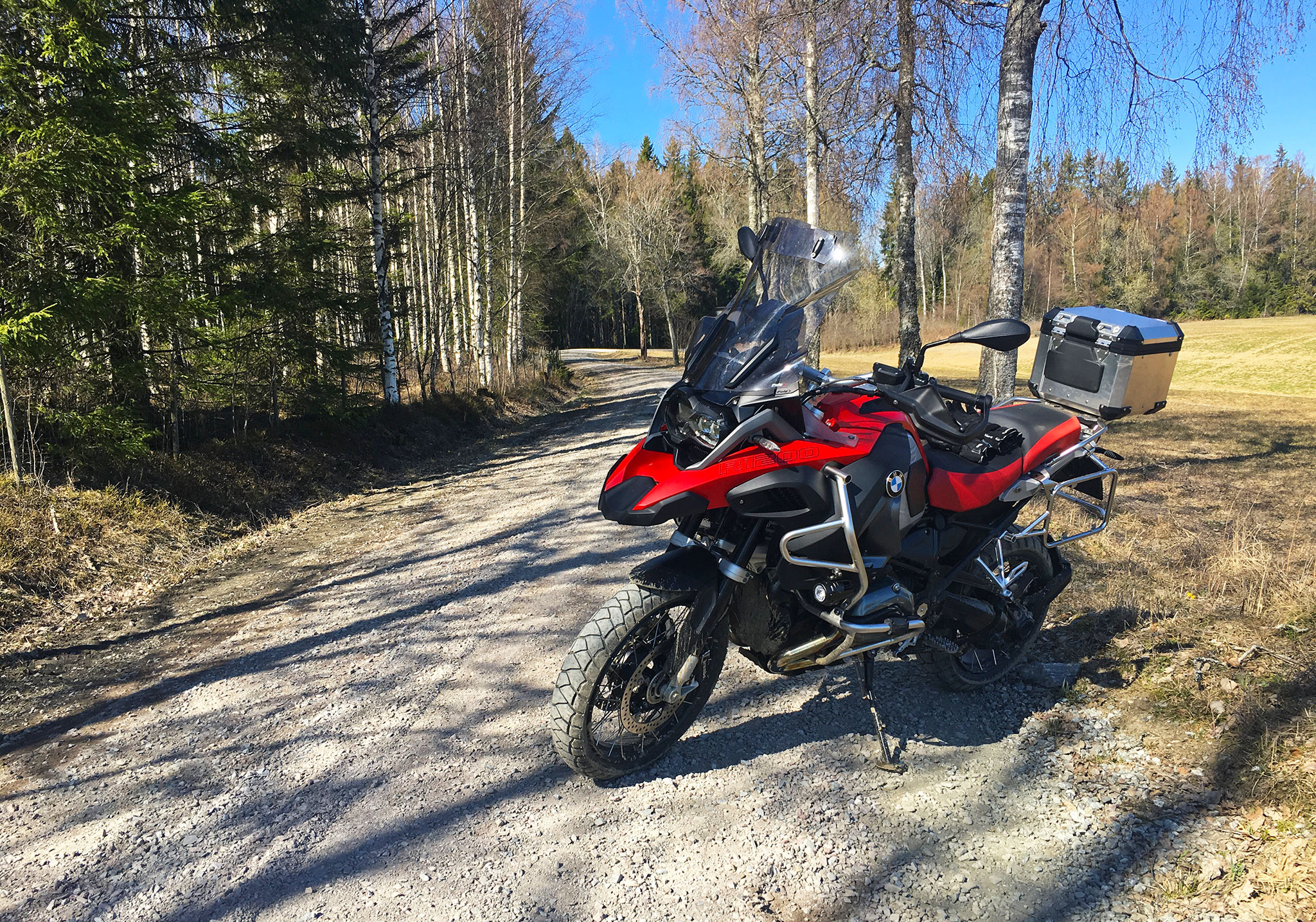 From rear the sensation was very good, predictable, good grip. I sped across various surfaces while the rear did what I expected it to. Over the course of the next few miles on gravel that perception stayed. The rear tire produced good traction, while handling grooves and uneven surfaces very well.

Someone had noted in a review that they thought the front tire would do better with lower tire pressure for offroad or gravel riding. I think this is true. However, it would be impractical to have to adjust it all the time. But if you plan to go a lot offroad with Anakee Adventure, it might be a good idea to take the pressure down a notch or two.

It was not part of my plan, but it happened. The sort of things that can, and will happen during early spring in Norway. Roads not dried up because of being in the shadows. Cold nights below freezing slowing down melting.

Took off on a small road cutting through some woods. The first section had gravel stones the size of fists. That went fine and handling was good. Around a bend suddenly gravel was gone and I found myself on plain dirt. Which quickly turned into mud.

The front wheel started to glide, the steering wandering. But somehow it did not give away completely. The impression from before that the front tire is the weakest part of the set came back. But it did not falter entirely, as if desperately trying to get some grip.

The road got more muddy, with tractor grooves. No chance I’d manage to turn around and go back. Carefully, with legs out and motion enough not to sink it I soldiered on. The tires responded and kept me upright, also across patches of snow and ice. 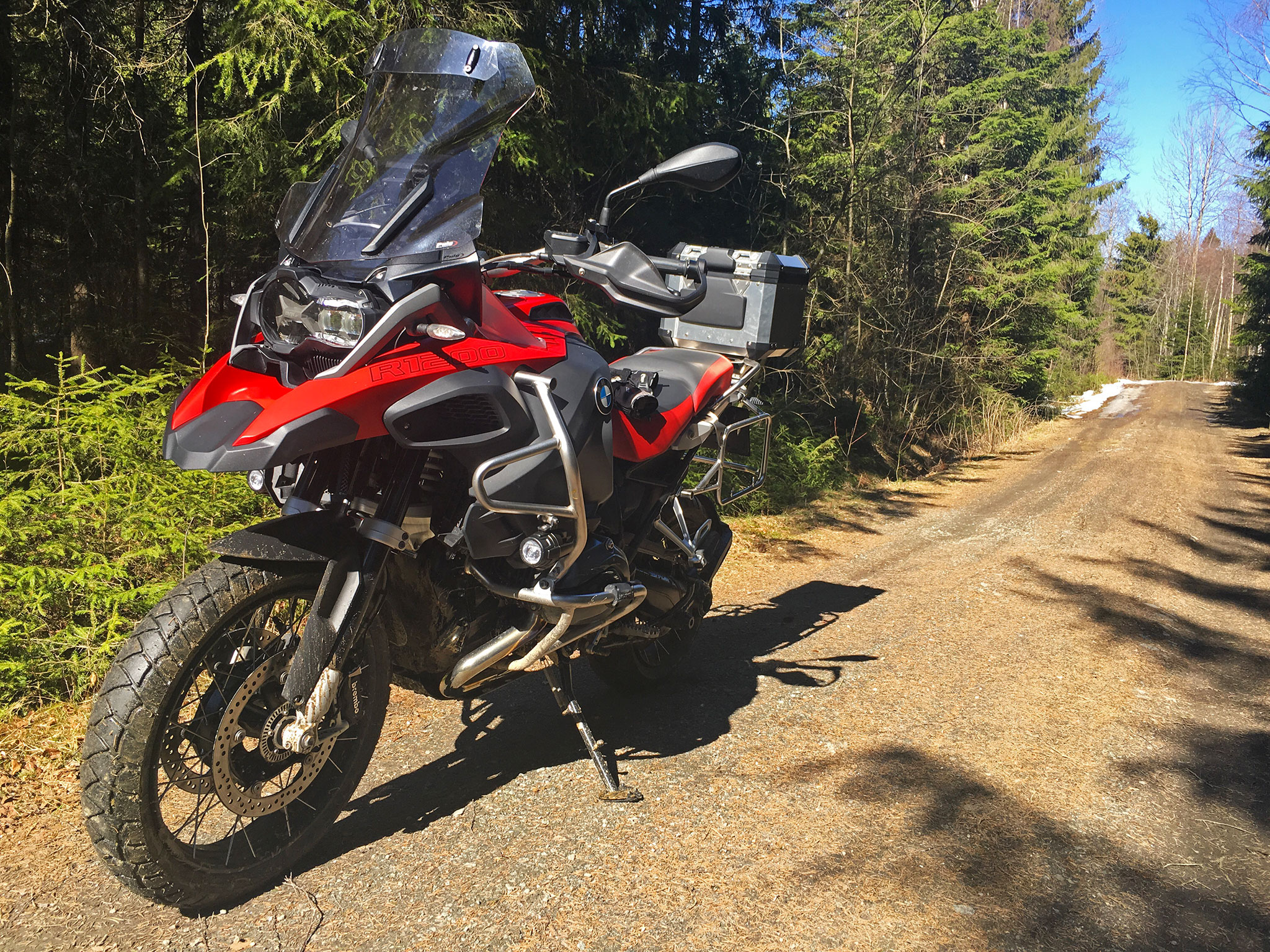 Anakee Adventure on mud but past the wettest section, snow in the rear.

Suffice to say, being in this kind of a pickle with a 90/10 tire you might as well stop and call for help. Finally I was out the problems, or should I say, challenges. Made it through without going down or tipping over.

And the conclusion? Well Anakee Adventure will pull you through, with cautious use of throttle and riding. But this is far from what it’s built for.

Another day – gravel riding in Sweden

With over 20.000 kilometers of publicly available gravel and dirt roads Sweden is a great country for adventure bike riders.  Combine with Norway, and you can be gone for weeks, if not months. Spent half a day riding on gravel and dirt roads I know pretty well. Mostly on dry but also on some more wet sections.

The initial impression of the tires stuck with me.  Anakee Adventure handle gravel and dirt very well. However, the front wheel will, when or if challenged in turns, slide a bit more than what I recall Metzeler Karoo Street does. It could also be me, too chicken after 8+ months since last time. 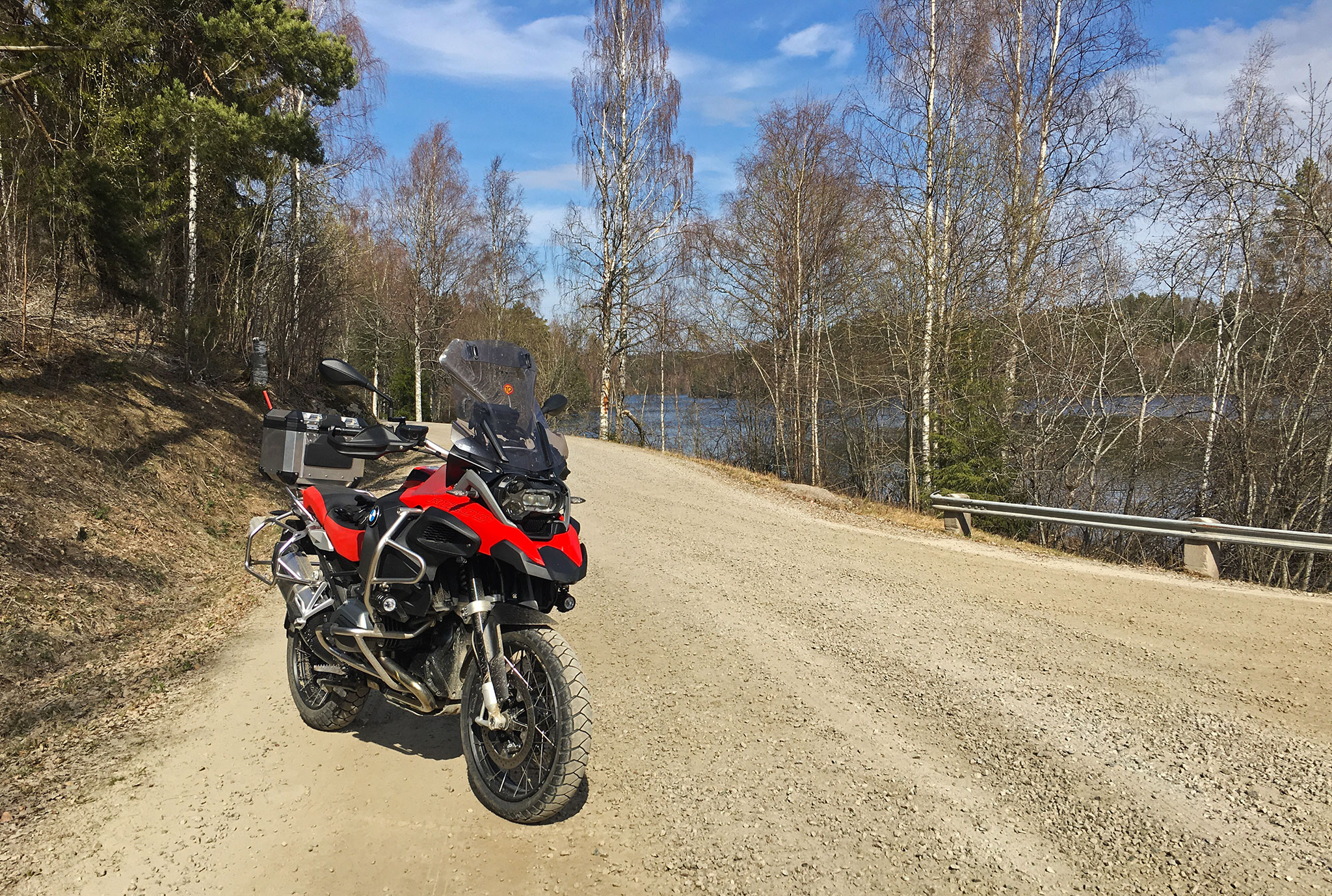 I continued through Värmland north, then took a gravel road back into Norway and home.

Riding on straights, even in deep gravel, and higher speeds, is not an issue. Anakee Adventure offer a good balance and stability. They feel well planted but remain, quite clearly, 80 percent on-road and 20 percent offroad tires.

This especially becomes evident when in corners on gravel. With a bit more aggressive riding, pushing out the rear or go more sideways will help with the front. I tried this a few times but out of practice did not want to push it too far.

I need more time on the Anakee Adventure to get used to it. The front wheel is the weakest part of the set. The front wheel of Metzeler Karoo Street does in my opinion offer better grip on various types of gravel. Or so I recall from the first, and following ride, about one year ago.

One solution could be to use a more knobby front tire. But that change will come with a price. Anakee Adventure front tire is very good, especially on various types of pavement. It does gravel  acceptably. Then there’s the question of comfort, and not the least, noise. Latter factor is why I did not buy another Metzeler Karoo Street set.

Worked very well. Better than I had expected. This tyre delivers what I (at least) need it to deliver. Without at the expense of pavement handling. And as for the latter, uphold the impression that only Scorprion Trail 2 has been quieter on-road. 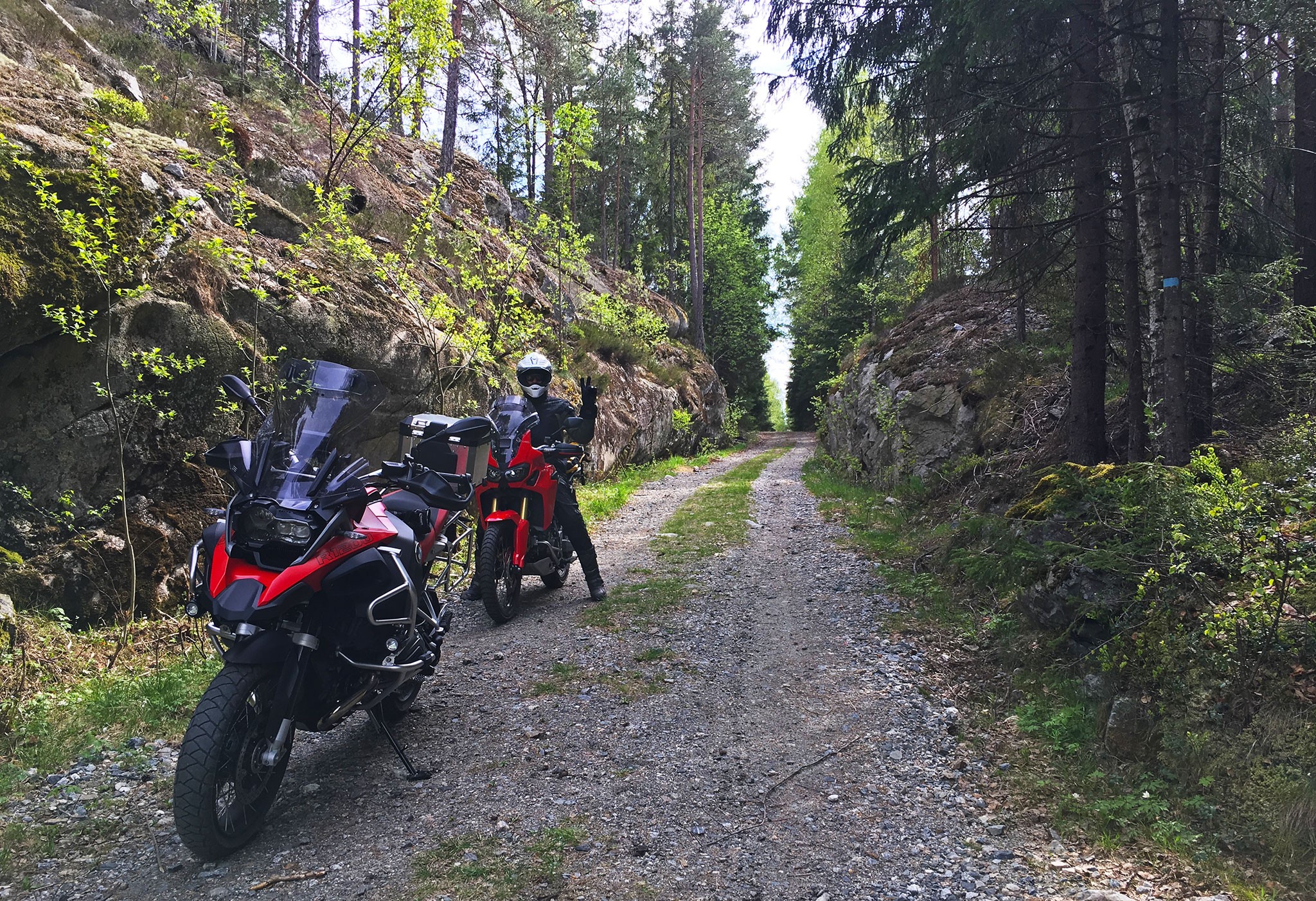 On a smoother stretch during the offroad riding of the day

Being one of the options for BMW GS/GSA it should be easy to buy anywhere, or you can check out the prices online.  For me they cam out cheaper than Metzeler Karoo Street. But it could be that a special offer or campaign played a part.