Early spring was cold here up north. But right before Easter the odo turned over the 30k mark, in my ownership. I bought the bike on ca 10k kilometers. Because of the accident in 2020 I didn’t want to spend money on a brand new motorcycle.

But the “Austrian Orange” both looked and felt brand new. The owner had never taken it offroad. Suffice to say it’s been “a fair bit” offroad since. As a result, I can clearly say, this “thing” works almost everywhere! 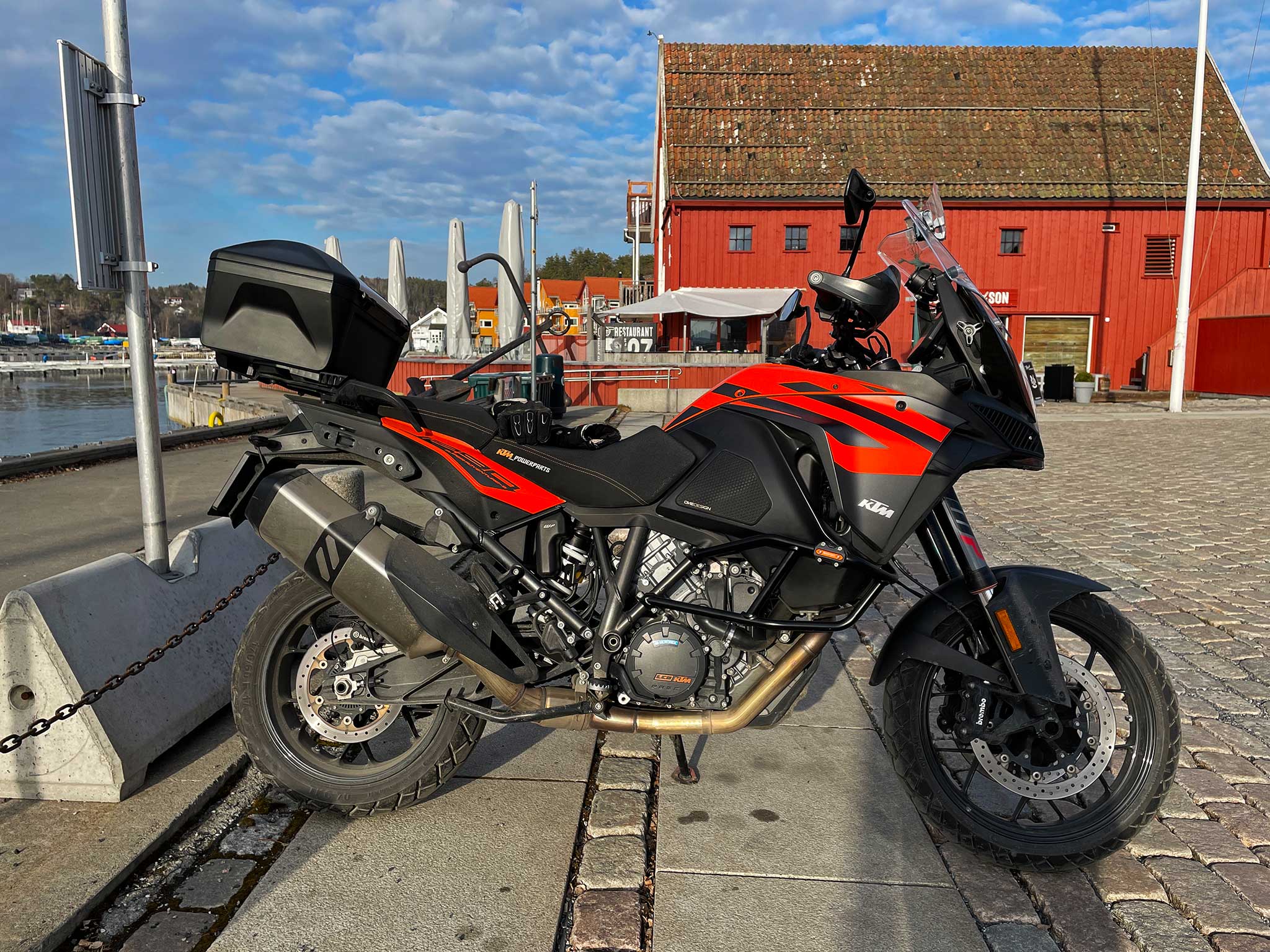 Some will say KTM motorcycles have a reputation for poor quality and/or quality issues.  This is a truth with many modifications. One of the most important modifications, is time. The company has steadily improved the quality of their motorcycles. Taken strides in that respect. As a result KTM motorcycles are neither worse or better than other motorcycles, quality-wise. And definitely not the 1290.

Some might say BMW makes some of the best quality motorcycles on the planet. But they too have, and have had, quality issues. Many quality issues, on different models. Just the other day I learned from a friend that his almost new BMW 1250 GS Adventure had to be taken apart. They had to change the gearbox.

He is not the only one. I myself had several, mostly minor, issues with my 2016 BMW R1200 GS Adventure. And had to take it in for recall checks. Spring 2020 I picked up the bike from winter storage at the dealer. They wheeled it out, and I pressed the start button. The bike turned, but nothing happened. After some diagnosing, they found out that the fuel pump had conked out.

Because of the failure the bike had to stay behind. For days until a new fuel pump arrived. Shit happens. 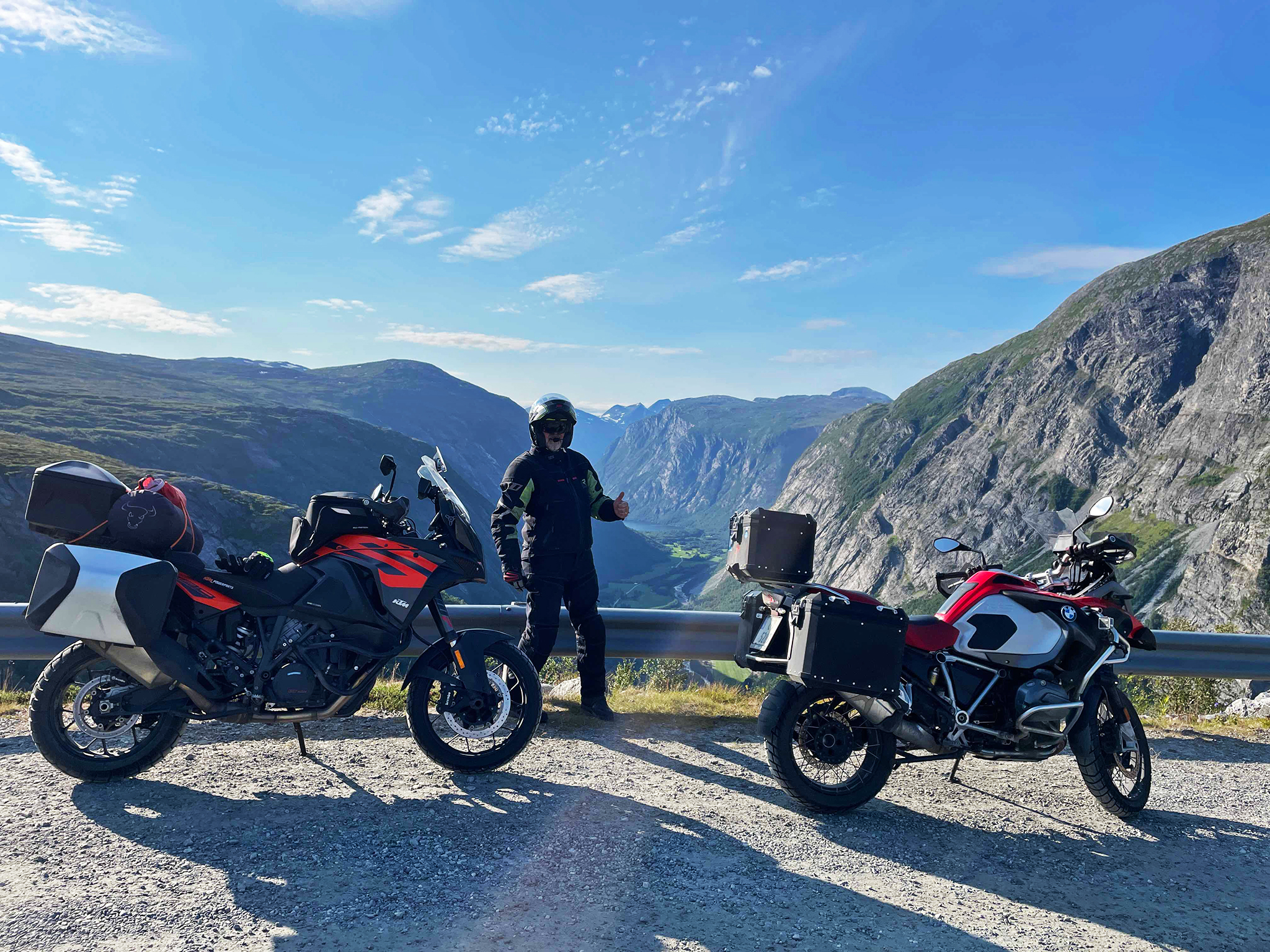 Plainly put, it’s been bloody awesome. Faultless. The only issue I’ve experienced you can find more about here. It’s actually a no-issue. And that’s all. I’ve taken the bike to places few, highly likely, take theirs. To places you’d more expect to find riders on it’s cousin or sibling, the 1290 R model. I’ve ridden it on most surfaces, except deep mud, deep sand or snow. 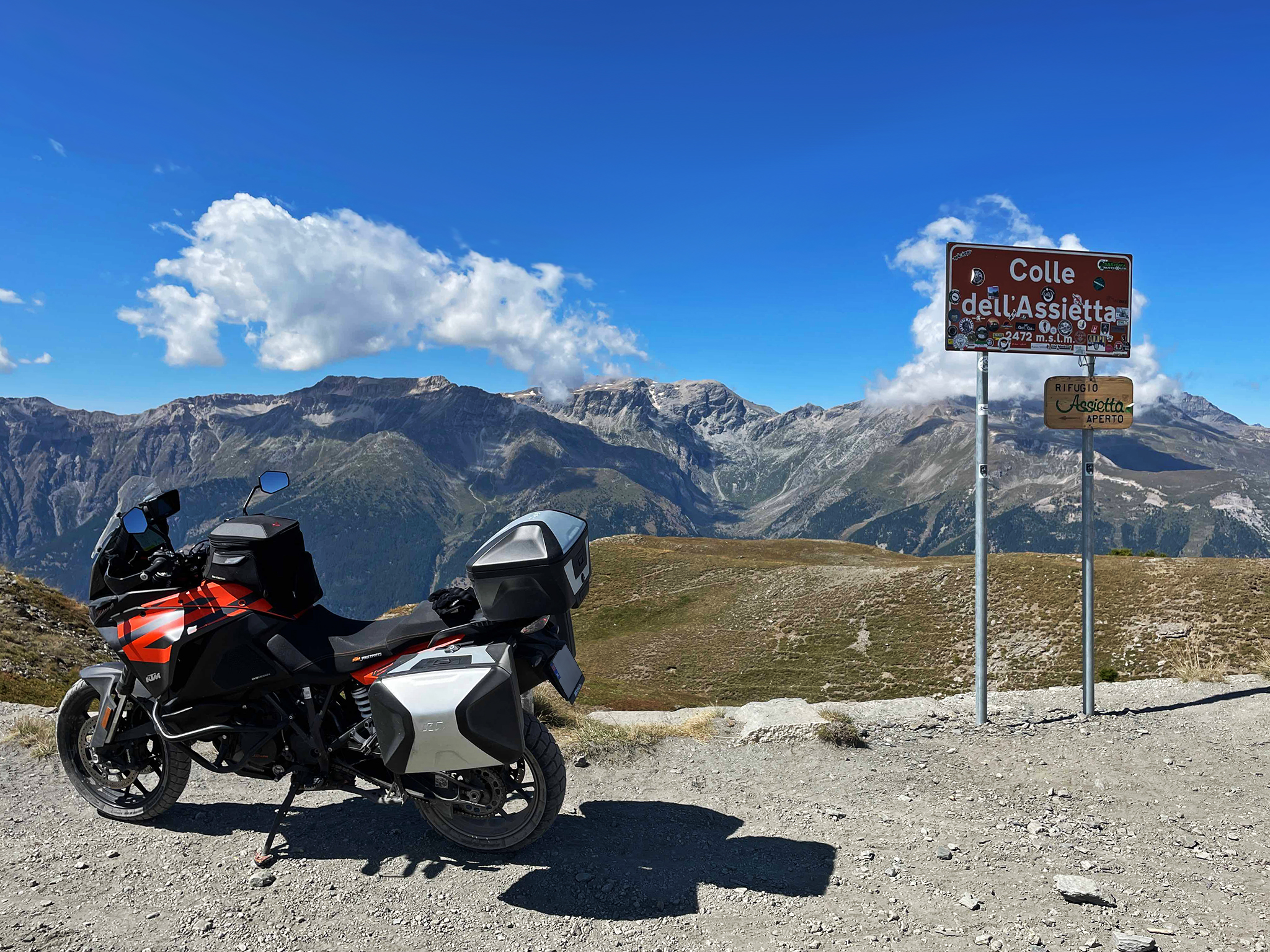 What I have found is that there isn’t one thing this machine cannot do. It works as a docile long distance tourer, as a pack mule. It’s also a hysterical motorcycle that allows you to effortlessly chase down the Autobahn at sonic speeds. If you so want to. All composed and controlled, while roaring and yelling “MORE”.

It continues to pull when many other adventure bikes gasps for air. Or simply don’t have more power to deliver.

With a 1290 Super Adventure you have an extraordinary power plant of an engine between your legs, it would be strange not to use it. Within legal boundaries. I recommend anyone to do that sort of “testing”, regardless of type of motorcycles, on the German Autobahn. Or an enclosed circuit.

I should also mention that, much thanks to one of the items in the below list, the average fuel economy during the 30 000 kilometers has been between 4.4-4.6 liters/100 kilometers.  And I’ve not been riding all priestly either.

Most of us, I gather, makes changes to any bike. Below a list of things I changed/added:

I’ve had three sets and two types of tires on the bike. Since I already have posted about these I’ll keep it simple and link instead.

I could go on, actually. But I’ve already stretched it pretty far. As a result I’ll end here. Thanks for reading! If you have any questions or comments, please either comment on this post, or use the contact form.

Cheers & Thanks for reading!