2019 Summer Adventure, awesome, but things didn’t pan out as I’d planned them to. On the other hand, would that be abnormal? Nope, it’s more the norm.

Looking back on the previous year’s adventures they all, pretty much, went down the same way. Things happened, shit or no shit happened. The plans morphed into pure improvisation. The initial route idea for this year looked like this;

Based on previous experiences with weather and heat I’d made the (un)wise decision to start earlier this year.  Believing it would be a good choice, as in previous years, it got really hot along my route.  So I set off from home June 15th. The weather was, thankfully, just as the year before. A good start would be entirely proper to call it! 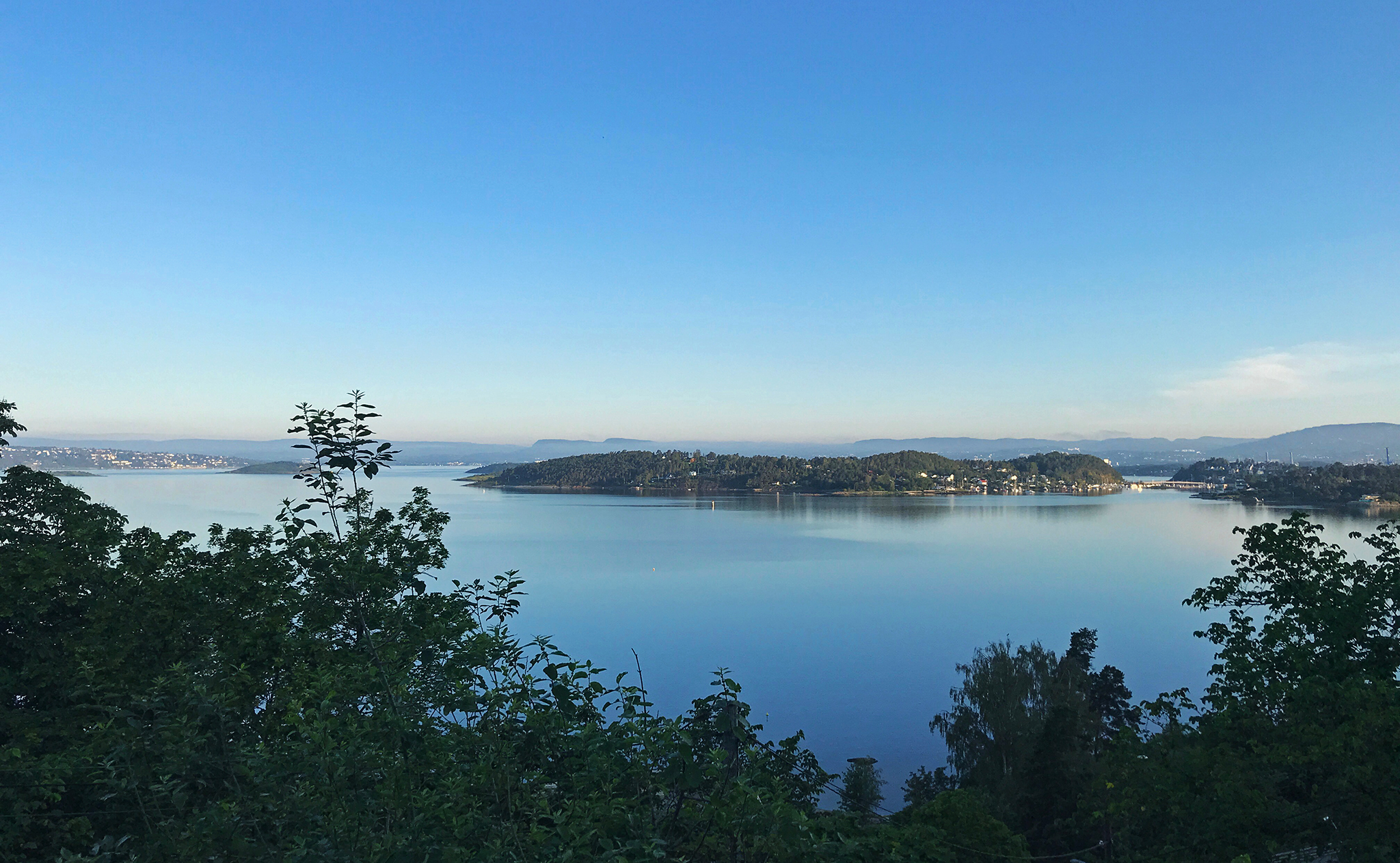 So the upbeat, and start was like last year. All packed and ready for departure the night before. Getting up early, ride down to Larvik to catch the Colorline ferry over to Denmark. This is in fact the fastest and cheapest route in/out of Norway. When I say cheapest I factor in time, fuel (for motorcycle as well as body)  and also, toll.

If you enter Norway via Sweden it’s likely you’d be riding.  Which means approx 600 kilometers of boring (!) riding along the E6. if trying to avoid E6 you’ll be looking at more hours and more fuel spent. 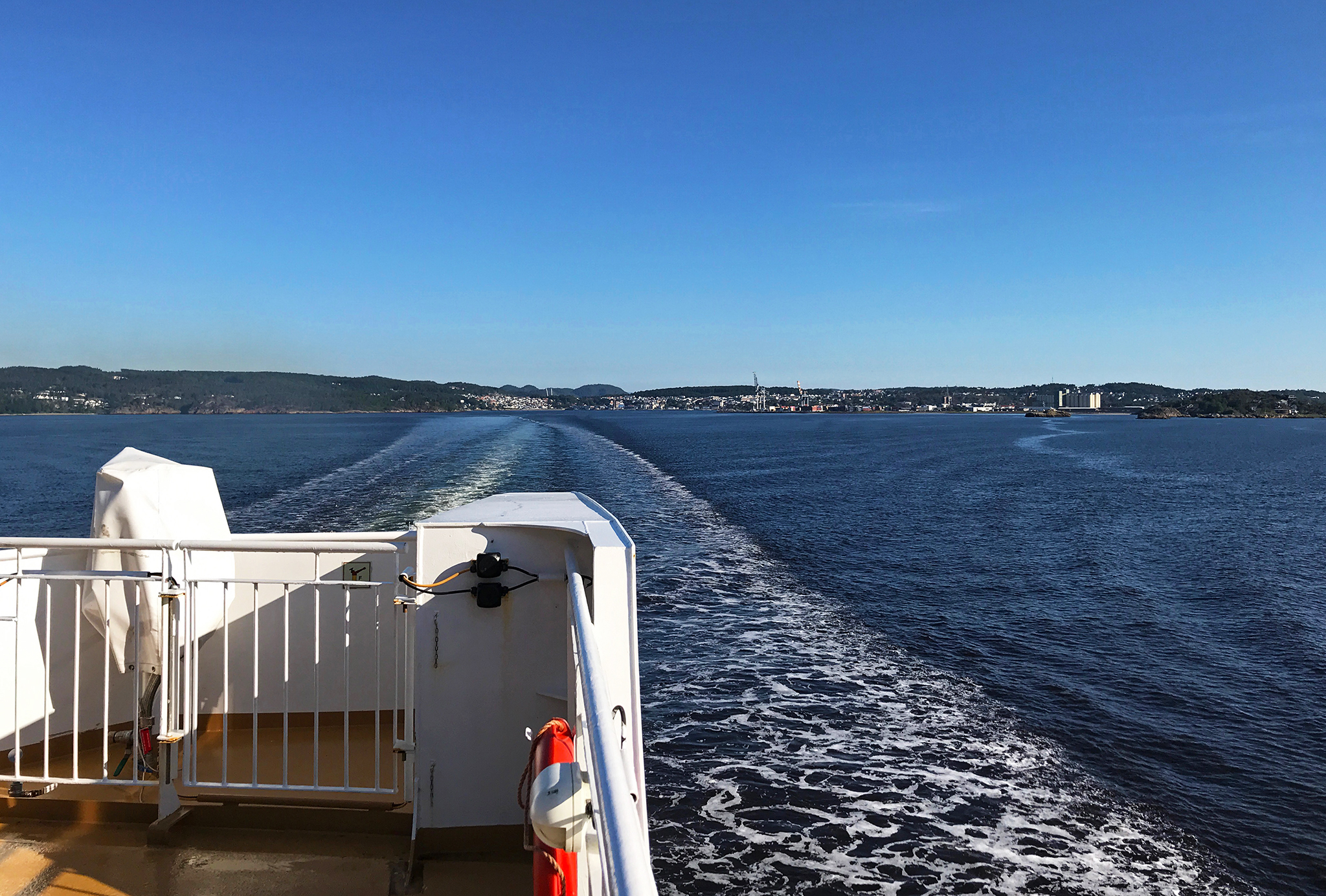 Bye bye Norway. On the ferry, the Larvik harbour in the rear

Since I usually do the return via Sweden it’s now more of my standard approach to take the ferry heading south. 3hrs 45 minutes, that’s what you’ll be looking at. Swift, and easy.

I knew it prior. The forecast for Jylland (the Danish mainland) wasn’t good.  Sporadic rain showers was to be expected. At first it wasn’t too bad, but soon enough the pounding rain forced me onto Danish highways. Didn’t see the point in exploring. Besides, the schedule was tight. I’d booked a hotel in Schleswig Holstein and didn’t want to get there too late.

Through most of Denmark the rain was pretty minor. I’d be happy if it stayed that way. It didn’t. 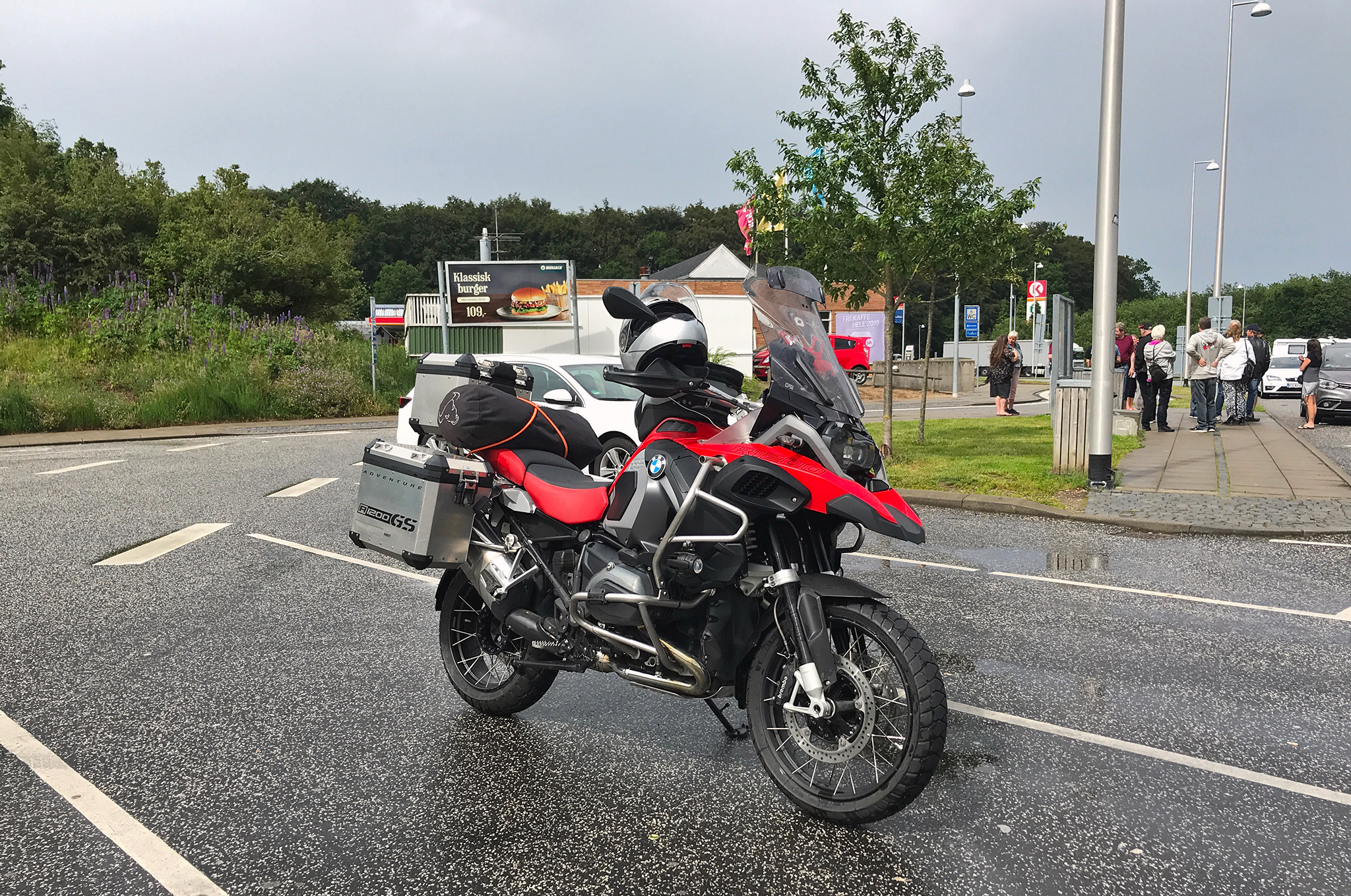 Almost 300 kilomters in one go, right outside Haderslev DK

Crossing the border into Germany all hell broke loose. The sky turned black and down came the piss of a hundred gods. That monster rain had me remember, the torrential rain through Germany in 2016. It was so intense I quite literally could not see more than a few feet ahead.  Thankfully I had cars in front of me for most of the time.

The last miles (or kilometers) to the hotel in Schleswig Holstein I was on my own. Several times I thought about making a stop, every time an urge to get over with the weather-fuck won the internal debate. 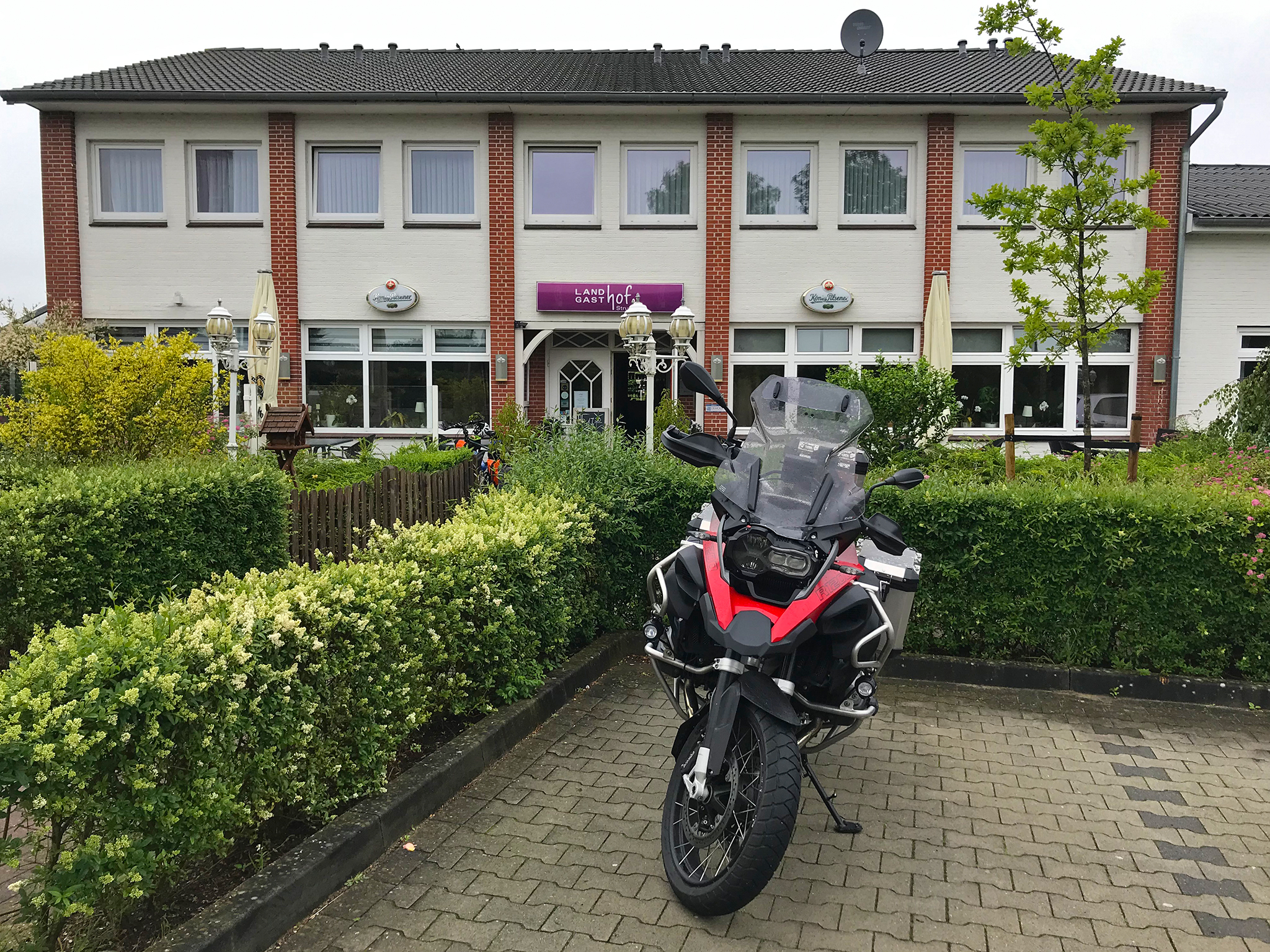 Finally, at what seemed like the wettest eternity you could possibly imagine,  I arrived at Landgasthof Struckum. if you’re in need of a good alternative then consider this place. Very nice place, excellent accommodation, room, food, an friendly staff.

So anyways, I parked the motorcycle, then the rain stopped. Had to laugh, too damn typical. But it didn’t matter, the forecast for the next few days did not mention of any rain! 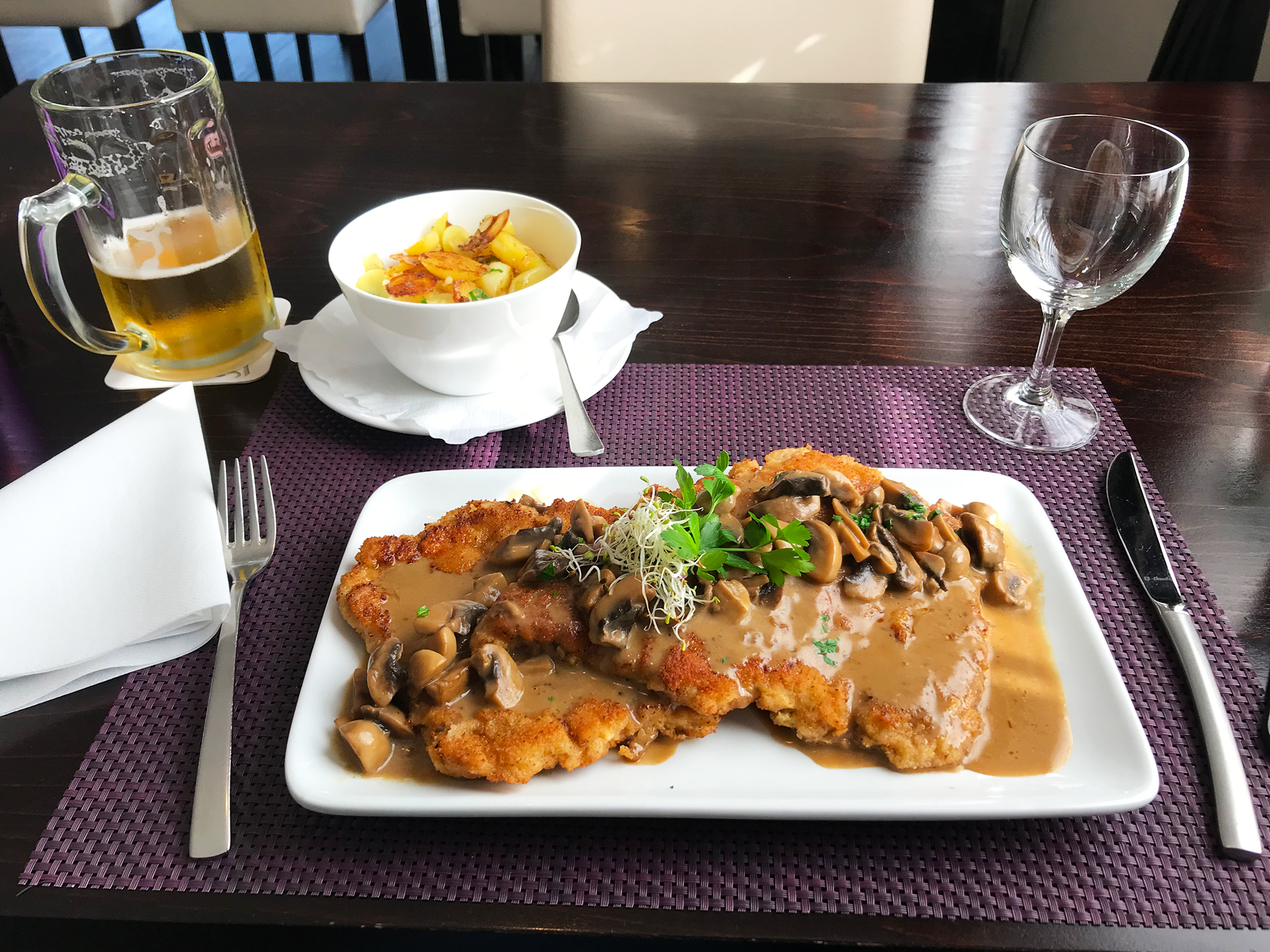 Once eaten, full to the brim I went (or stumbled) out for a walk to get some local impressions. 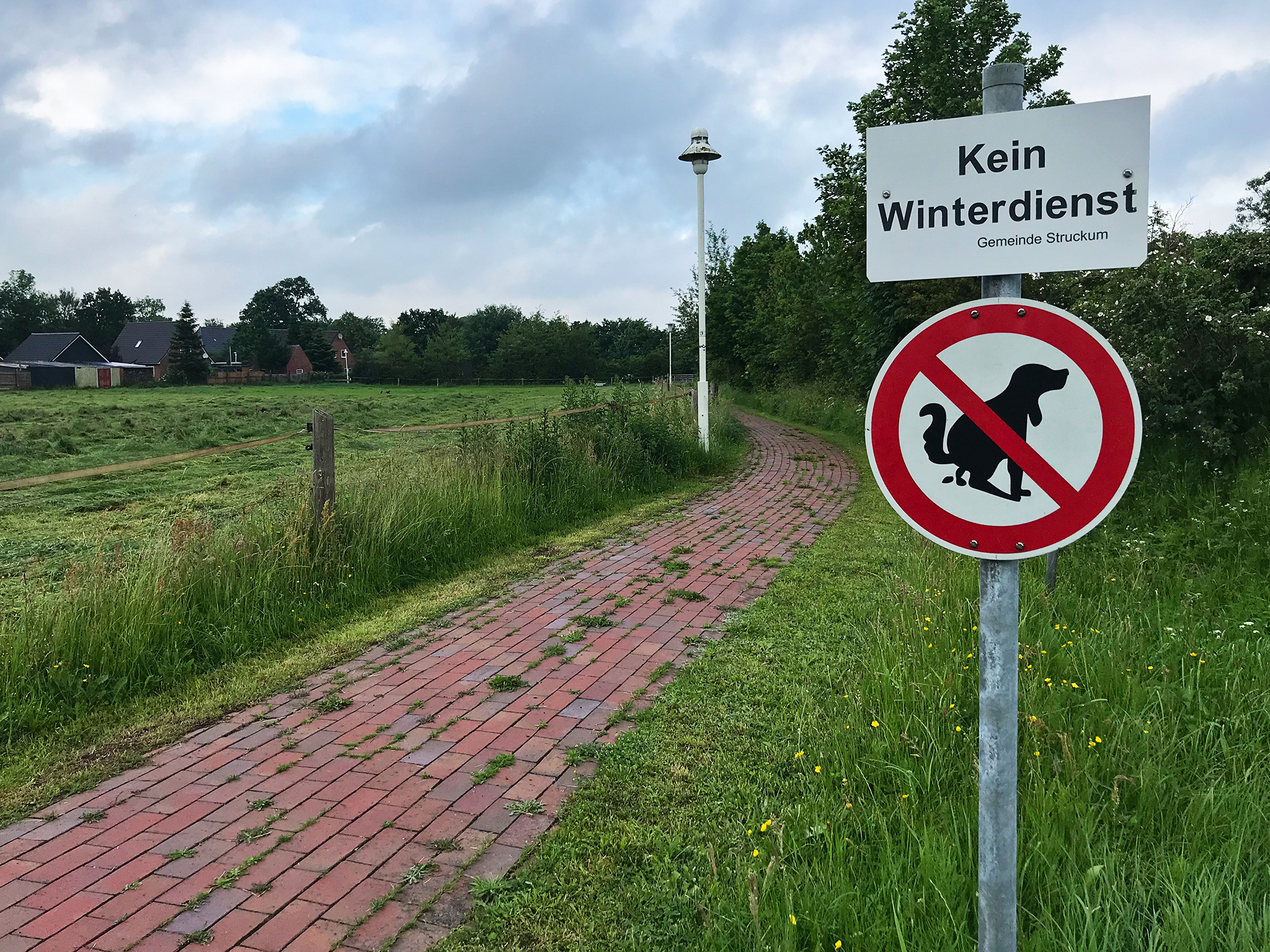 Sign says no winter service. So, no pooping dogs in winter?

Like most villages or small towns in Western Germany things were neat, with walkways, and well kept buildings. 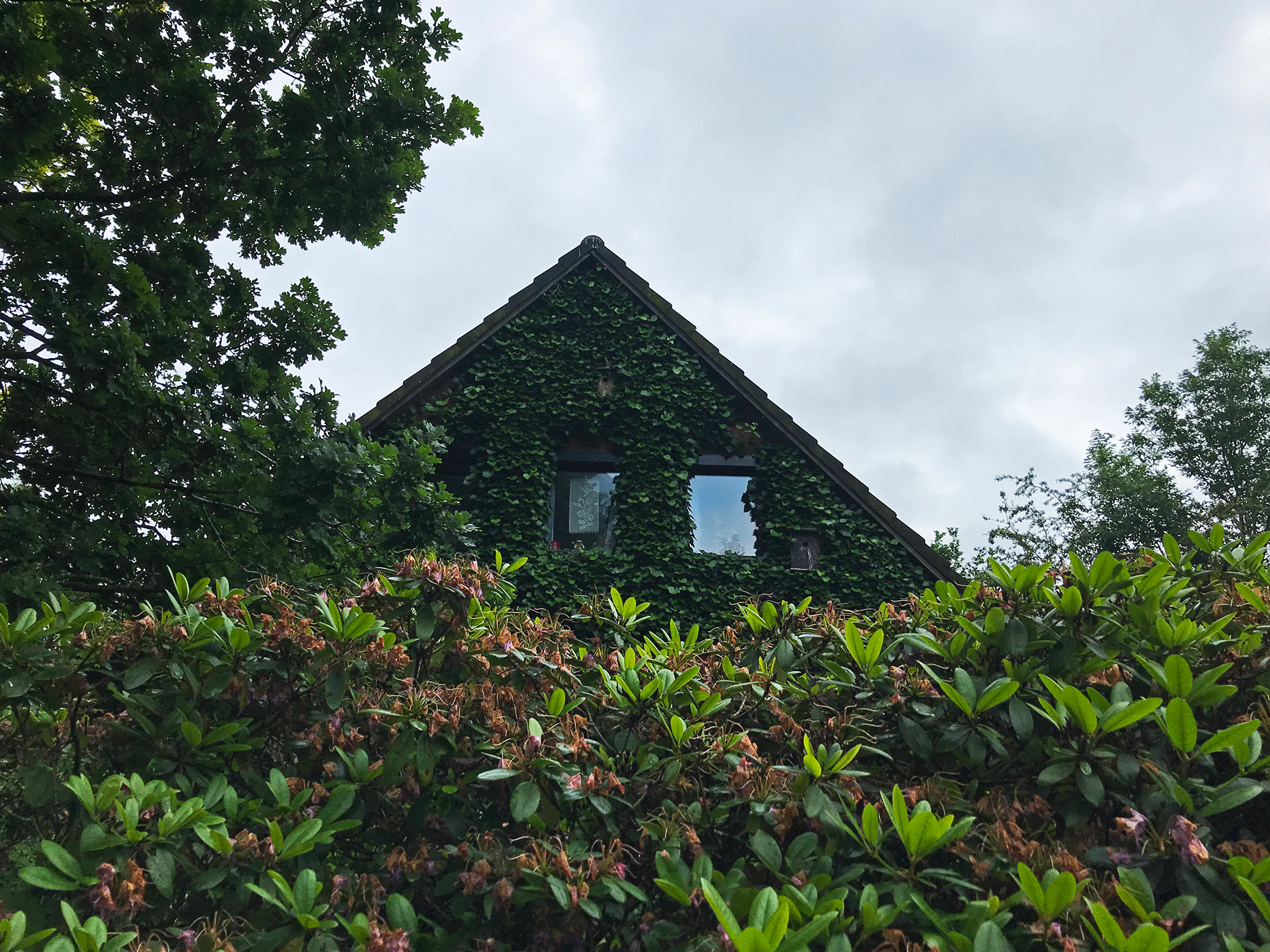 About an hour or so later I returned to the Gasthof. The 2019 Summer Adventure day 1 ended, and weather forecast for the next day looked good.